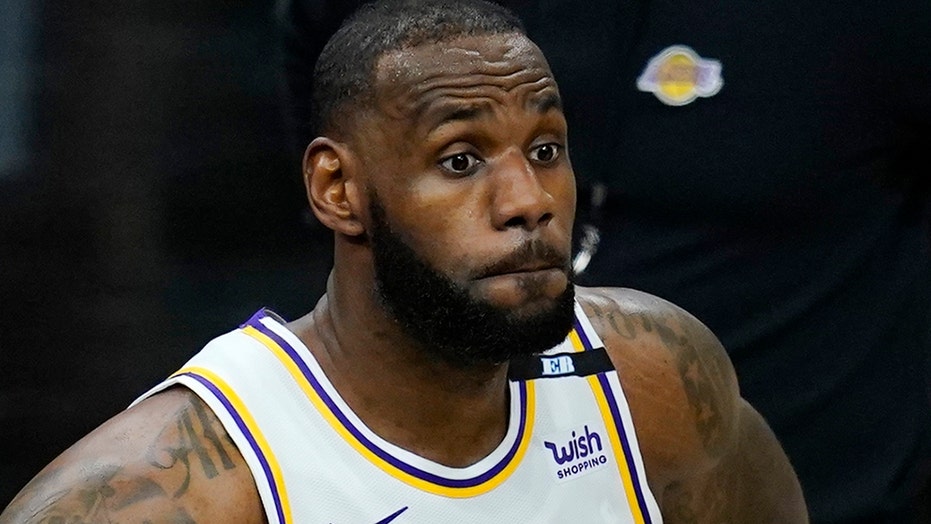 LeBron James avoided a suspension and a fine for violating the NBA’s health and safety protocols before the Los Angeles Lakers’ play-in tournament game against the Golden State Warriors.

James was at a promotional event with hip-hop star Drake and actor Michael B. Jordan for Lobos 1797 Tequila, a brand he is an investor in.

The Lakers’ superstar played Sunday against the Phoenix Suns. He scored 18 points, grabbed seven rebounds and recorded 10 assists in a 99-90 loss in Game 1 of their first-round matchup.

He was asked after the game about the report he violated the league’s protocols and dodged the question.

“I’ll be ready for Game 2,” he responded, via Clutch Points.

He used the same response when asked whether his left shoulder was feeling OK following an entanglement with Suns star Chris Paul.

James didn’t face any discipline for showing up at the promotional event last week.

“It’s a violation of the agreed-upon protocols, and, as we have in other comparable instances around the league, it has been addressed with the team,” a league spokesman told ESPN.

Those in attendance had to produce proof of vaccination or a recent negative test result in order to attend, according to the report.

James has not been forthcoming about whether he has been vaccinated. He’s said anything he did off the floor would be kept within his family.