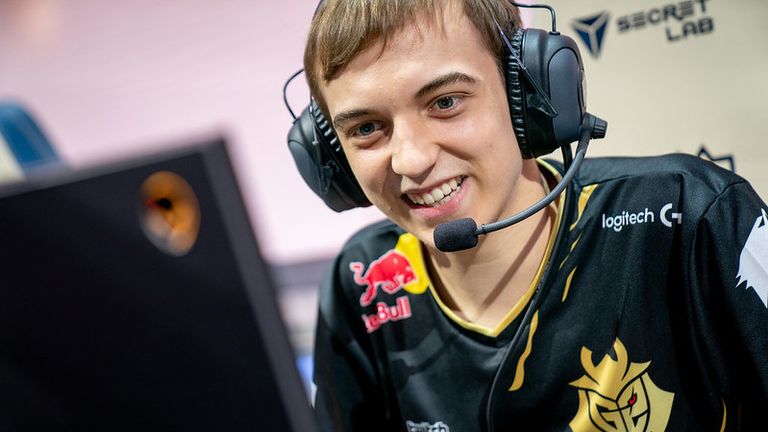 Team Liquid ran into trouble in one of the most bizarre mishaps at the Worlds but it was G2 Esports who continued their dominance on the international stage as they took down C9 in the fastest group stage game of the tournament so far. 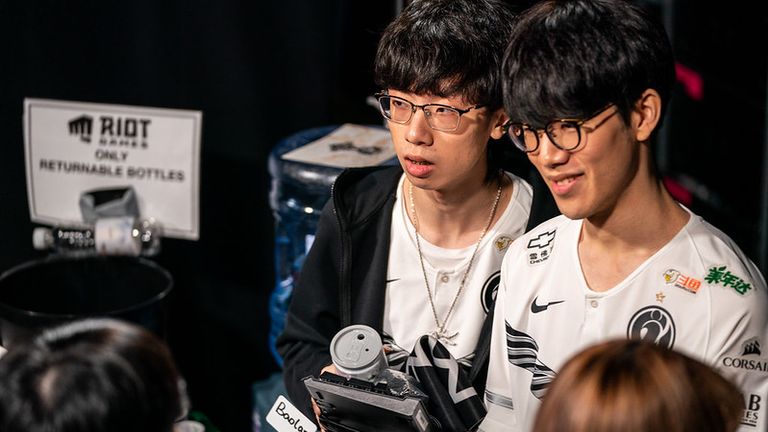 The defending world champions were up first, but it was Damwon Gaming who emerged victorious after 38 minutes.

Perhaps the most highly-anticipated element of the match-up was the battle of the top laners. TheShy, who has been considered as one of the best top laners of all time finally took on Nuguri – the new kid on the block. Despite TheShy’s valiant effort and incredible Akali outplays, he was not quite able to carry his side.

Damwon’s victory means Group D has a three-way tie going into week two, with IG, Damwon and Team Liquid all on 2-1. 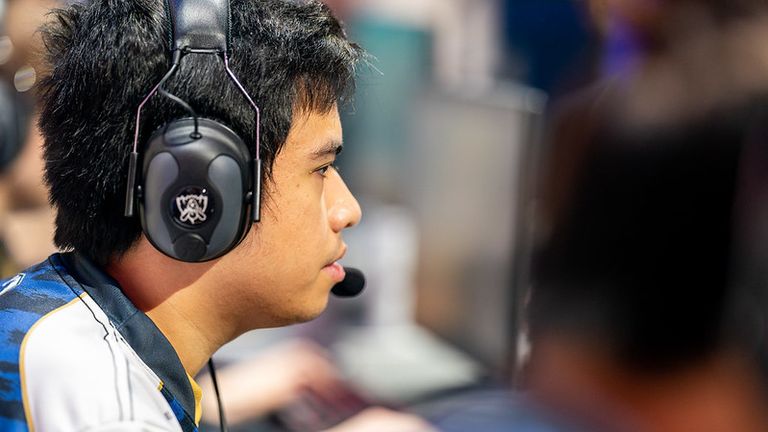 It was a dramatic day for Team Liquid who did not make it easy for themselves as they edged past ahq e-Sports Club.

TL ran into problems during the pick-and-ban phase where CoreJJ missed out on banning Rumble due to a language mishap with his keyboard and Xmithie admits the confusion did set the team back.

He said: “The confusion in pick-and-ban phase mainly stemmed from not being able to ban Rumble. They picked Rumble and we thought, ‘oh my god’. We were still okay with it because we planned around it but it was pretty hard to deal with.”

Xmithie played an integral part to get TL back in the game when he stole Baron from ahq, but the jungler says he doesn’t fancy being in that position again.

He said: “I never usually want to be in a scenario where it’s up to me to try and steal and get back into the game. I’m happy that we got it but I’m sad that we put ourselves in that position in the first place.”

Despite losing to TL, ahq’s Rainbow had a fantastic performance on Qiyana and the mid laner admits the lack of experience was one of the reasons they could not close the game out.

He said: “I feel really bad right now. I thought we could win it. I think because we are not experienced enough, we couldn’t take advantage of certain situations.

“It’s the first time for almost all of us on the Worlds stage so every one of us has been excited but also nervous. We don’t play like this in scrims but we couldn’t keep calm in the game to make good decisions

“It’s very difficult for us to make it out of groups now but we will try our best to at least win one of our remaining Worlds games.” 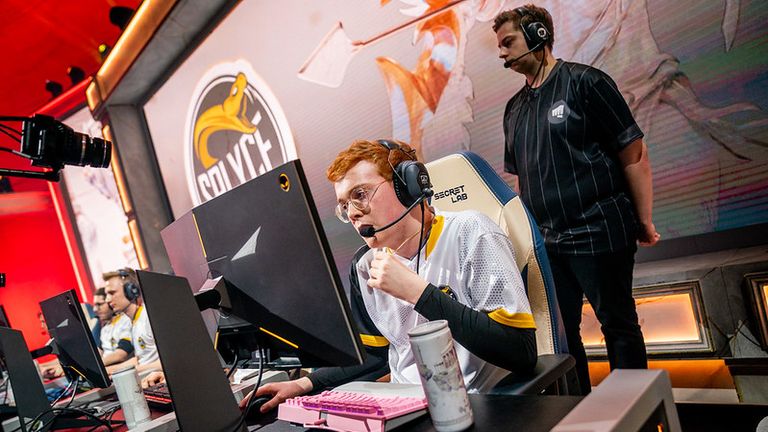 Europe’s third seed experienced their first heartbreak of the tournament as they narrowly lost out to China’s FunPlus Phoenix.

Splyce managed to snowball the game when they got themselves three massive kills bot lane after just four minutes but disaster struck when they made a questionable baron call and the dragon was stolen away by Tian which allowed them to end the game.

Norskeren revealed Splyce were confident going into the game and the bad decision-making came down to a lack of experience.

He said: “I feel pretty bad right now because we should have won that game easily but we fell and choked really bad.

“I think we lost our confidence and felt too pressured in the end and decided to coin flip the game. We didn’t respond properly to their pressure and it fell apart.

“I think we feel pretty confident against every team in our group and we will feel pretty disappointed if we don’t get at least second seed.” 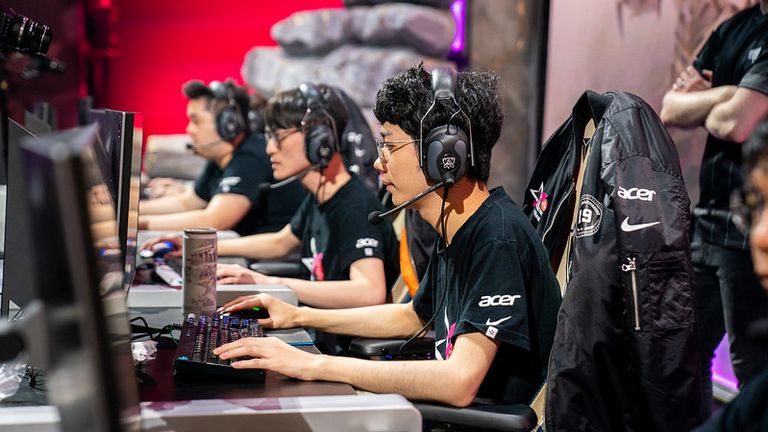 Chaos ensued in game four where GAM secured 22 kills and beat J Team in 39 minutes. The game was full of skirmishes and team fights with GAM constantly pressuring the Taiwanese side.

In the end, despite J Team’s best efforts to hold off their opponents, GAM were able to close out the game after deleting four members of J Team and mid laner FoFo took the loss personally.

He said: “I didn’t play well so we lost. I feel like it was my responsibility that we lost because losing mid lane means it made it really difficult for my other team-mates. I need to just stop playing so trash, if I just don’t play like this tomorrow we will be fine. 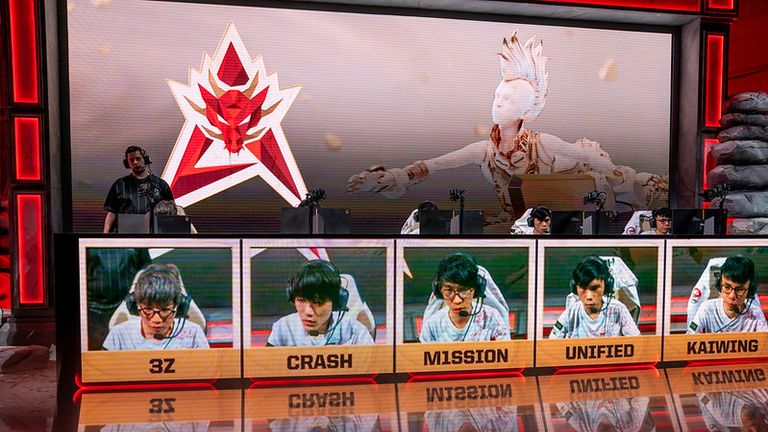 In Group A, Griffin came away with an important victory as they took down HKA. Despite taking one of the most exciting first bloods in the tournament so far, when 3z‘s Sion caught four members of Griffin in a brush, HKA were not quite able to capitalise on their early lead.

Griffin showed their experience in mid and late game when they were able to have better control of the map and executed their team fights to gain important advantage over baron and turrets.

However, HKA’s Kaiwing believes the gap between the two sides is much closer than the originally anticipated.

He said: “I feel like it was bit of a shame because we had a really good start, we were leading but in mid and late game we just couldn’t win.

“Griffin are one of the best teams in the LCK but after facing them today, we realised that if we can make good calls and decisions, the gap isn’t as big as we thought.” 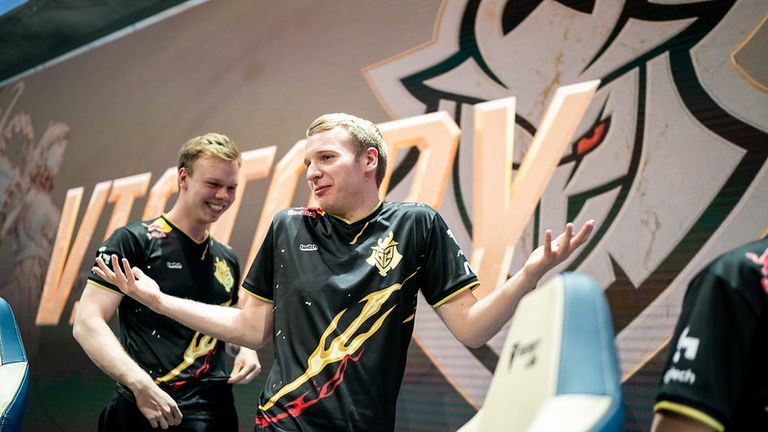 The match of the day came in the form of G2 vs Cloud9 where the MSI winners took down C9 in 24 minutes – the fastest group stage game of the tournament so far but they did not make it easy for themselves.

Jankos, the first blood king and the Summer Split MVP, died three times in early game along with Wunder who was also repeatedly massacred by Licorice and C9’s substitute Blaber.

Things looked almost hopeless for G2 but in true LEC fashion, the Summer Split champions found another gear and stepped the game up to another level. Perkz and Caps who ended the game with an 11/3 and 6/0 KDA, were unstoppable in team fights and Wunder and Jankos also managed to get themselves back into the game.

G2 have once again proved themselves to be one of the best teams in the world and certainly the strongest side in their group going into week two.