USA Gymnastics, U.S. Olympic & Paralympic Committee and their insurers have agreed to fund a $380 million settlement with victims of longtime national team physician Larry Nassar, drawing to a close a five-year legal battle that has upended American Olympic sports governance.

The sum is among the largest ever recorded for victims of sex abuse and includes hundreds of athletes who were assaulted over three decades. The decision by the final holdout insurer, TIG Insurance Company, to pay a substantial share of the settlement was confirmed Monday in a hearing in bankruptcy court in Indianapolis. The settlement also includes a direct contribution from the USOPC of around $34 million and a $6 million loan from the USOPC to USA Gymnastics to contribute, as well.

The settlement will include claims from Olympic gold medalists such as Simone Biles, Aly Raisman and McKayla Maroney, who were treated by Nassar during his time as the U.S. women’s squad doctor. It also includes gymnasts competing for local clubs who sought treatment from Nassar on the strength of his national reputation, and a handful of victims of abusive coaches who had been pursuing claims against the sport’s governing bodies. 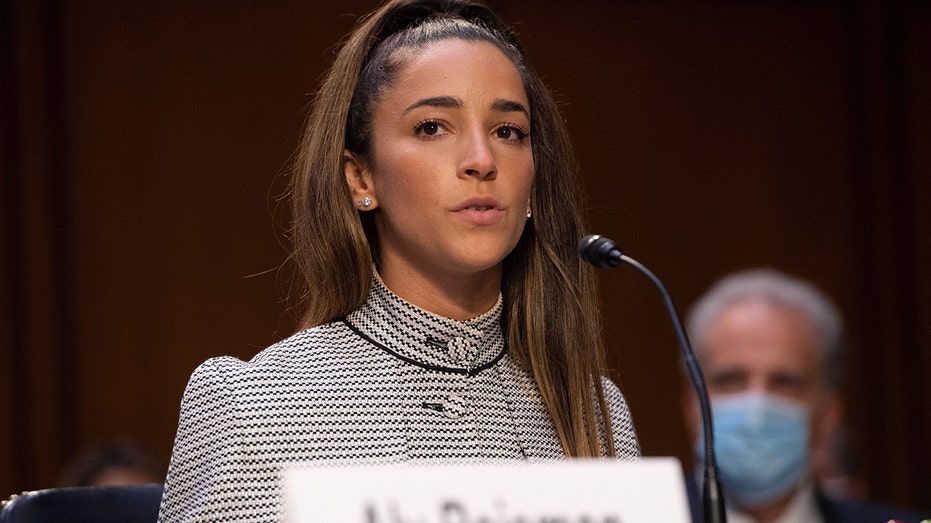 It also contains nonmonetary provisions, including requirements for self-identified survivors of abuse in gymnastics to have official roles in USA Gymnastics.

It still took three more years to reach a settlement, during which time some of the sport’s biggest stars launched a wave of criticism of the organizations they had competed for—in interviews, on social media and in the fall of 2021, in a televised U.S. Senate hearing. The hearing was followed by a call on Congress to unseat the USOPC board over the matter, drawing on new oversight powers that federal lawmakers had voted to obtain in 2020.

TIG had not agreed to its contribution on behalf of the USOPC even after victims voted in favor of the proposed agreement in late November. A late filing from the Department of Justice opposing the release of the USOPC from claims against it as part of the bankruptcy was seen by leaders of the survivors committee as potentially unlocking the dispute. The survivors committee is now expected to agree to the release of the USOPC.

The settlement, once finalized, will almost certainly allow USA Gymnastics to emerge from the bankruptcy process remaining the governing body of the sport, under its new set of leaders. The end of the bankruptcy is expected to give the organization a more solid future, boosting its rebuilding efforts with prospective sponsors in particular.The USOPC, under new leadership and with a renewed public focus on anti-abuse efforts, will also be looking ahead to a time in which it is not regularly the focus of gymnasts’ condemnation, even as it continues to face claims relating to problems in other national governing bodies. A wide-ranging federal law enforcement investigation into misconduct in the Olympic movement is believed to be ongoing.

But attention in this sprawling scandal with multiple institutional failures is likely to shift most intensely to the Federal Bureau of Investigation, after the DOJ’s inspector general revealed significant mishandling of allegations against Nassar when they were brought to it in 2015 and 2016. Deputy Attorney General Lisa Monaco told lawmakers in October that the department was reviewing its decision not to prosecute the FBI agents who disregarded gymnasts’ allegations that Nassar sexually assaulted them, and who later made false statements to cover their mistakes. 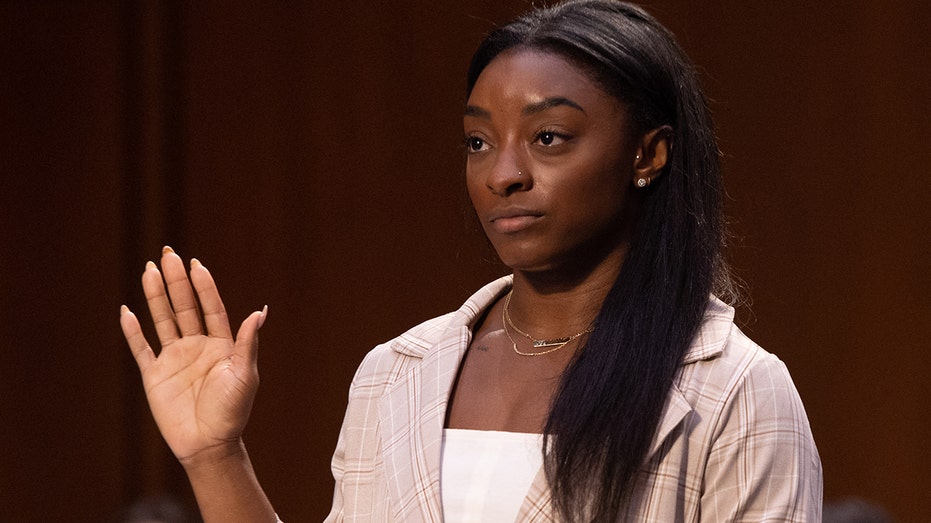 U.S. Olympic gymnast Simone Biles is sworn in to testify during a Senate Judiciary hearing about the Inspector General’s report on the FBI handling of the Larry Nassar investigation of sexual abuse of Olympic gymnasts, on Capitol Hill, Sept. 15, 2021 (SAUL LOEB/POOL/AFP via Getty Images / Getty Images)

Lawyers representing victims had accused USA Gymnastics, for whom Nassar had worked since the 1990s and at four Olympic Games, of creating an environment filled with pressure on athletes to be seen as compliant, creating an atmosphere in which a predator could flourish. Self-identified survivors include other members of the 2016, 2012 and 2000 Olympic teams, 2011 and 2010 world teams, and other national team members going back at least as far as 1996.

Many of the gymnasts were young teenagers at the peak of their involvement with the organization that oversees the sport in the U.S. and controls access to major competitions. They were abused at competitions, at mandatory monthly training camps, and after Nassar was recommended to them.

It also emerged that USA Gymnastics conducted an initial secret, five-week internal inquiry into concerns about Nassar in 2015 before going to law enforcement, that it overlooked some gymnasts with concerns, including Biles, and that the then-named U.S. Olympic Committee was made aware early on of the Nassar allegations within USA Gymnastics but essentially ignored them. 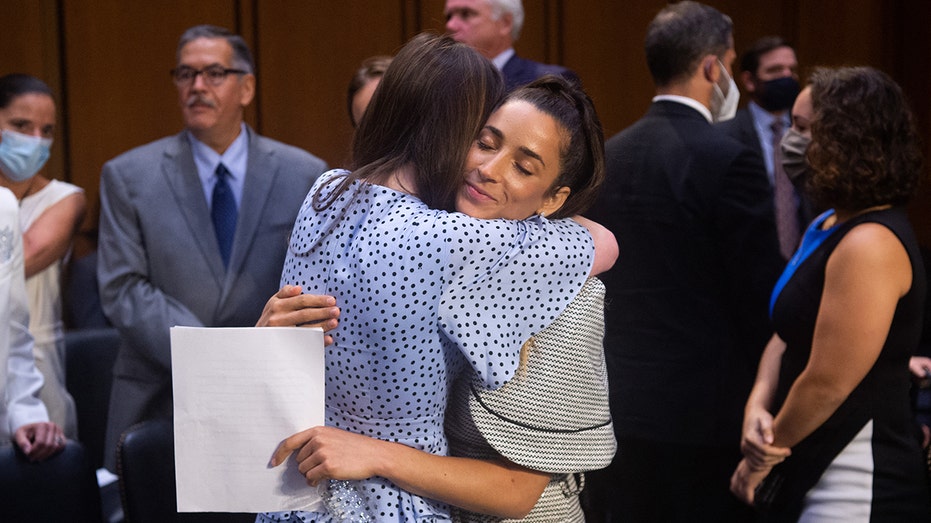 In addition to his work with USA Gymnastics, the former osteopathic physician treated hundreds of women and girls as a sports-medicine doctor at Michigan State University, which settled claims for $500 million in 2018. Elite gymnasts were among those plaintiffs, arguing that Michigan State failed to respond to early complaints against Nassar, including in 2014, a year before USA Gymnastics learned of its athletes’ concerns.

Michigan victims were part of the settlement with USA Gymnastics too, saying that Nassar drew on his reputation as the U.S. team doctor in order to convince them that treatments in which he vaginally penetrated them with his fingers were normal. Some of those victims include women and girls treated by him after he had been reported to law enforcement but allowed to retire from USA Gymnastics in 2015, and MSU had not been told. Nassar pled guilty to sex abuse and child pornography charges and by early 2018 had been sentenced  to an effective life sentence in prison.

This article first appeared in the Wall Street Journal