Michael Cheika appears safe as Wallabies coach but the man he once anointed his successor, Stephen Larkham, could be in the firing line under a patchwork coaching solution being contemplated by Rugby Australia.

The Herald understands Larkham was thrown up at Monday's board meeting as a potential change Cheika was prepared to make after the Wallabies' attack badly misfired this season. 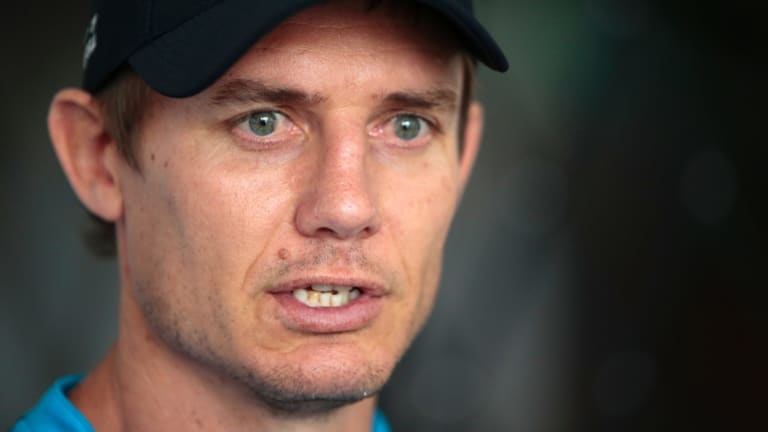 It is not known whether the RA board and high performance unit has accepted the proposal but with Scotland's Scott Johnson set to return home to Australia for a director of rugby role with the Wallabies, it is certain to not be the last change made to Cheika's set-up.

A source told the Herald there would be "significant, eye-catching changes" made to the Wallabies' assistant coaching ranks.

Forwards coach Simon Raiwalui is also under pressure. He was the last man recruited by Cheika, moving his family home from France to join the Wallabies in March, but he has not been able to turn around Australia's set-piece performances after the departure of his predecessor Mario Ledesma. He has a contract until the end of 2019.

But it would be a shock turnaround from Cheika's sentiment up until this point. He rejected making changes to his coaching team at every turn this year and gave his Super Rugby rival a public endorsement as his successor as recently as February.

"It is obviously not my decision … but that’s what I like, I like the idea of having that type of succession," Cheika told News Corp.

"As long as we are doing a good job, as a group.

"Stephen has come on in leaps and bounds, even just in the time he’s only been in this role (full-time) and understanding how to integrate and effect and understand, and listen.

"He still has a way to go, and he knows that. One great thing with him is he is really self-aware, he knows what he needs to do to become better and take the team forward."

Speaking after Australia's defeat to England on the spring tour, Cheika said: “Sometimes you’ve got to review, you’ve got to look back and you’ve got to see what is working, what is not working and what can I do differently. My goal is to make sure that we are producing the best quality rugby we can on a consistent basis.”

The revelation comes as Johnson's return, first foreshadowed by the Herald, firms. He has long been a target after overseeing the resurgence of Scotland, with Vern Cotter and Gregor Townsend as head coaches under him. In his role with the Scotland Rugby Union he is also credited with overseeing the appointments of Dave Rennie to Glasgow and Richard Cockerill to Edinburgh.

Meanwhile, it is understood there will also be changes to the strength and conditioning ranks. Dean Benton, who has worked at the ACT Brumbies and more recently under Eddie Jones at England, has been touted as a potential new figure to come into the set-up.

Benton also worked with the Wallabies in the lead-up to the 2015 Rugby World Cup.

It is understood the board has still not ratified RA's plans but will do so before the office shuts down next Friday. An RA spokesperson declined to comment.

The Wallabies won nine matches from 13 starts in 2018 and will need to orchestrate a major turnaround if they are to be genuine contenders at next year's Rugby World Cup in Japan.