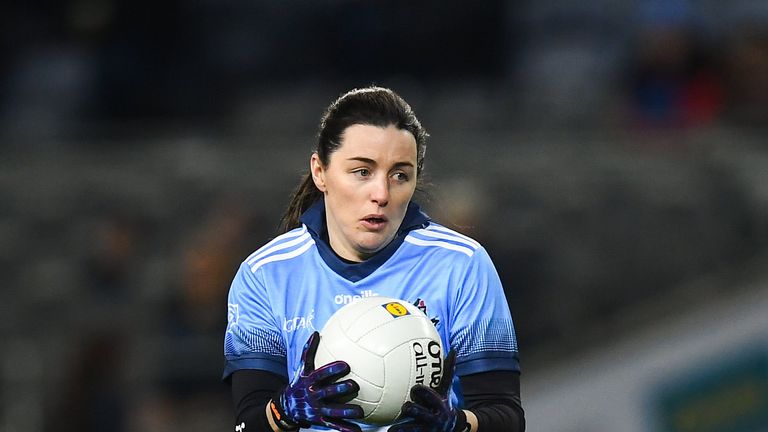 TG4 All Stars Lauren Magee and Lyndsey Davey have been drafted into the Dublin team for Sunday’s crucial Lidl NFL Division 1 Round 2 clash with Tipperary in Ardfinnan.

Following last Saturday’s defeat to Donegal, Magee and Davey are handed starts in place of Niamh McEvoy, who picked up a knock at Croke Park, and Kate Sullivan.

Magee and Davey were both introduced off the bench against Donegal – with Davey netting a goal.

With Sinéad Aherne still not involved for Dublin, All Star goalkeeper Ciara Trant captains the League and TG4 All-Ireland champions once again. Elsewhere, Galway have made three changes for the visit to Monaghan on Saturday, with the Hannon sisters, Barbara and Lucy, both coming into the team.

They replace injured pair Megan Glynn and Sarah Conneally, while Lisa Murphy replaces Dearbhla Gower between the sticks as manager Tim Rabbitte rotates his goalkeepers throughout the League.

Áine McDonagh remains on the injured list while Nicola Ward is still a number of weeks away from playing as she recovers from a knee injury.

Monaghan suffered a disappointing opening round loss to Westmeath but manager Niall Treanor has opted for just one change in personnel.

Chloe McBride comes in for Lisa Flynn as the Farney County look to bounce back at the Monaghan GAA Centre of Excellence in Cloghan.

Donegal and Mayo face off on Sunday in Convoy. Skipper Karen Guthrie collected 1-4 in a Player of the Match display for Donegal against Dublin in Round 1 and it’s not surprising that manager Maxi Curran has opted for an unchanged starting 15.

Mayo are also unchanged as they target a second win from two outings.

Peter Leahy’s side saw off the challenge of newly-promoted Tipperary in Swinford last Sunday, with versatile star Rachel Kearns collecting 1-6.

And also on Sunday, Westmeath are unchanged as they look to claim another big scalp against Cork at Cusack Park in Mullingar (2.0), following last Sunday’s victory over Monaghan.

Cork boss Ephie Fitzgerald has made four changes in personnel, with former All-Ireland Minor A championship winners Sarah Leahy and Sadhbh O’Leary, a highly-rated attacker, coming into the side, along with Aisling Kelleher and Orlagh Farmer.

Ciara McCarthy, Meabh Cahalane and camogie pair Hannah Looney and Libby Coppinger drop out of the team that started last Saturday’s loss to Galway in Mallow.