The Frenchman, 27, grew frustrated after seeing a goal disallowed and deservedly saw red for lashing out minutes later. 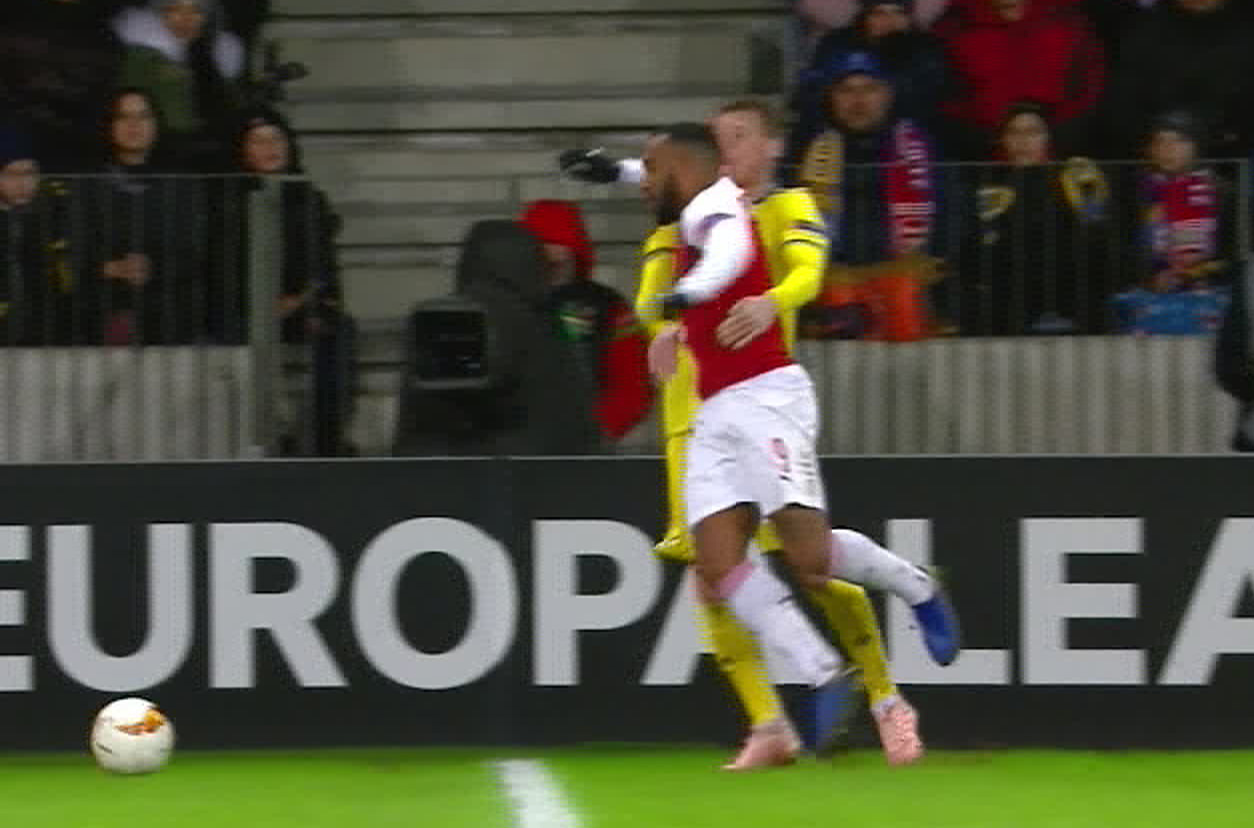 Unai Emery's Gunners were well off the pace in Belarus when Lacazette thought he had found an equaliser, only the see the linesman had raised his flag.

And when Aleksandar Filipovic closed him down in the 85th minute, the striker lashed out with his elbow.

Lacazette is all-but certain to miss the second leg as his side try and overturn a two-goal deficit.

Arsenal struggled to get much going and went behind to Stanislaw Drahun's header before the break. 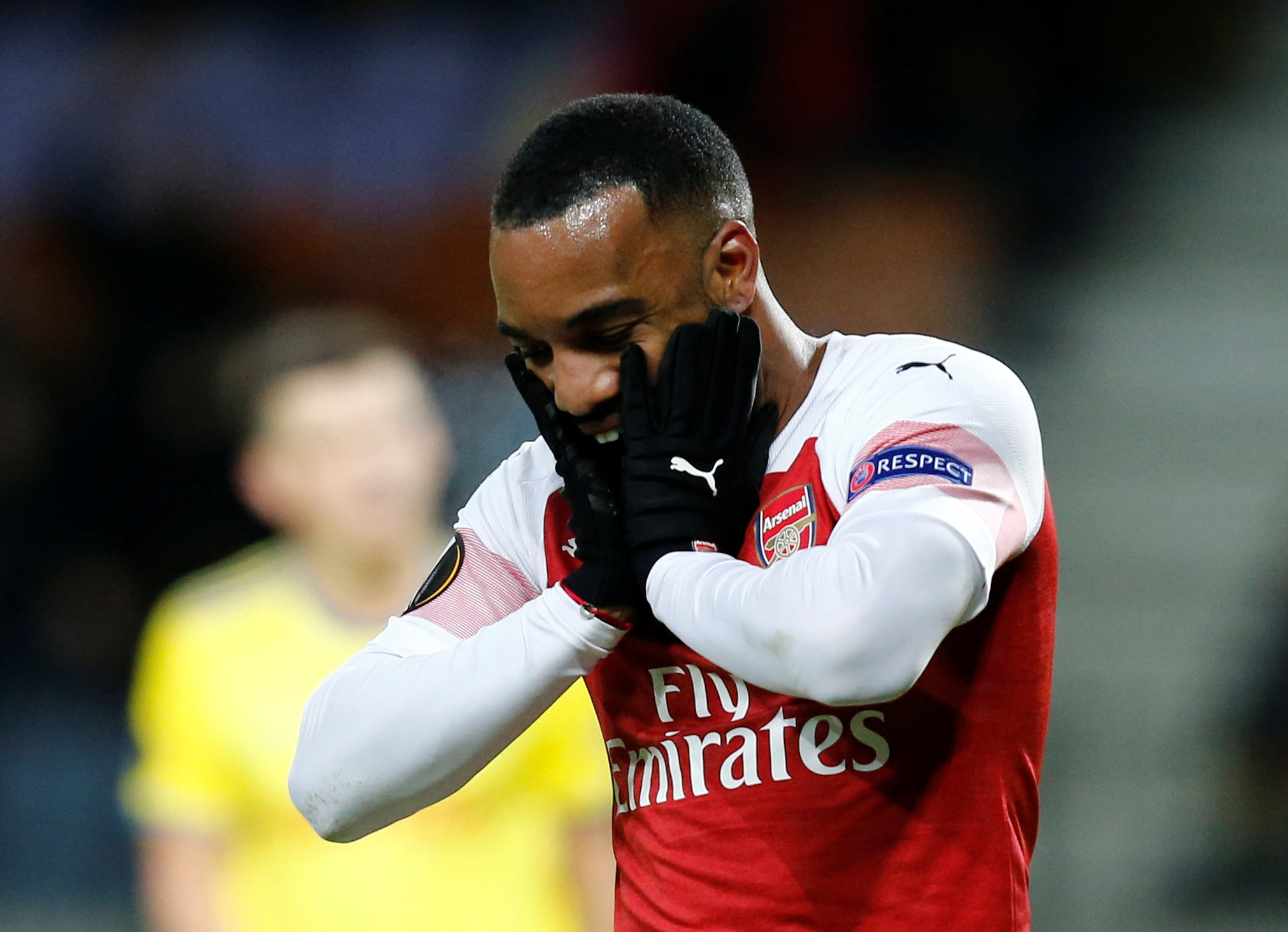 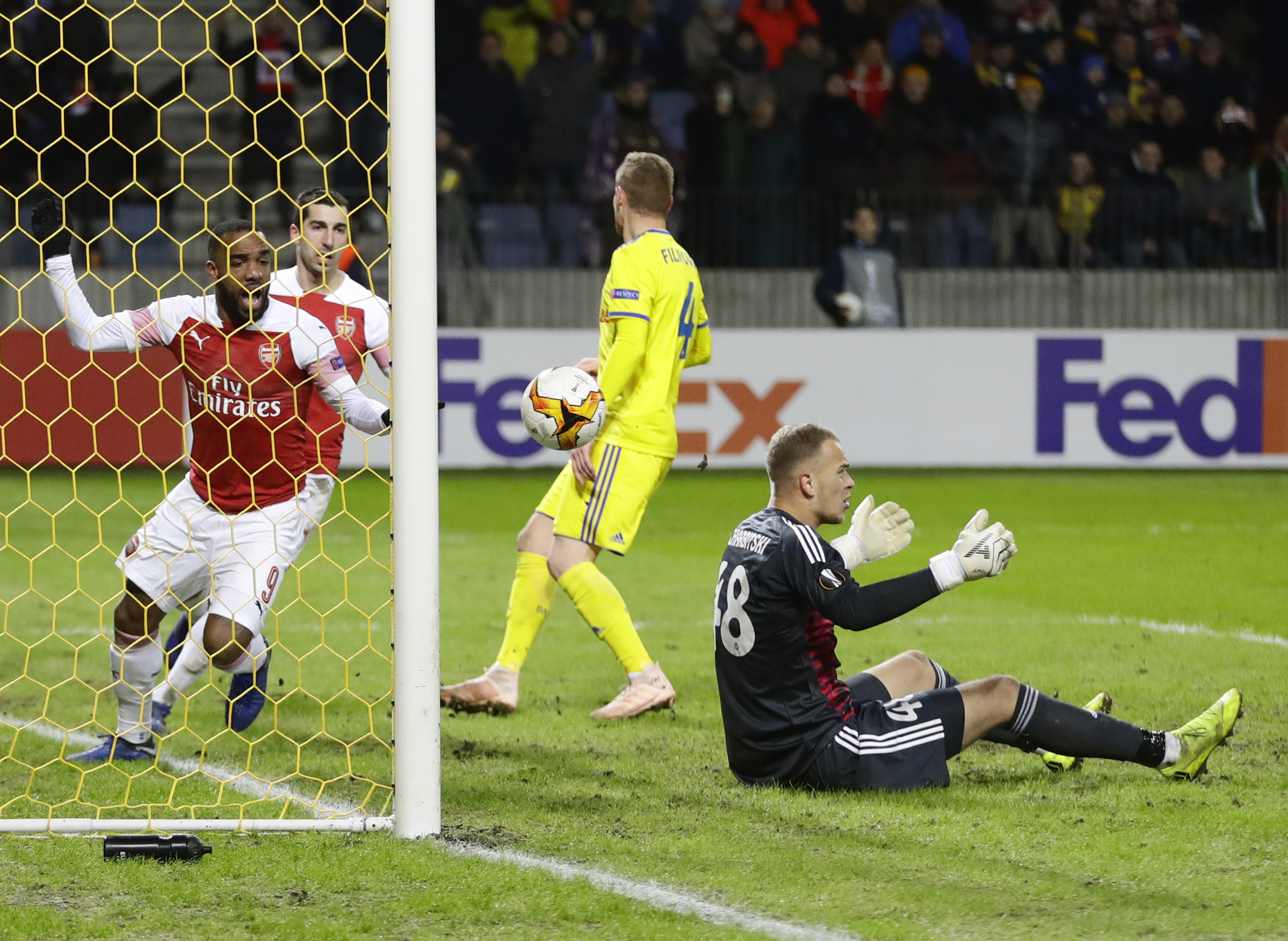 And despite piling forward, they could not find an equaliser against the European minnows.

Matteo Guendouzi punted the ball into touch in frustration as the match ended, with the hosts celebrating a hard-fought win. 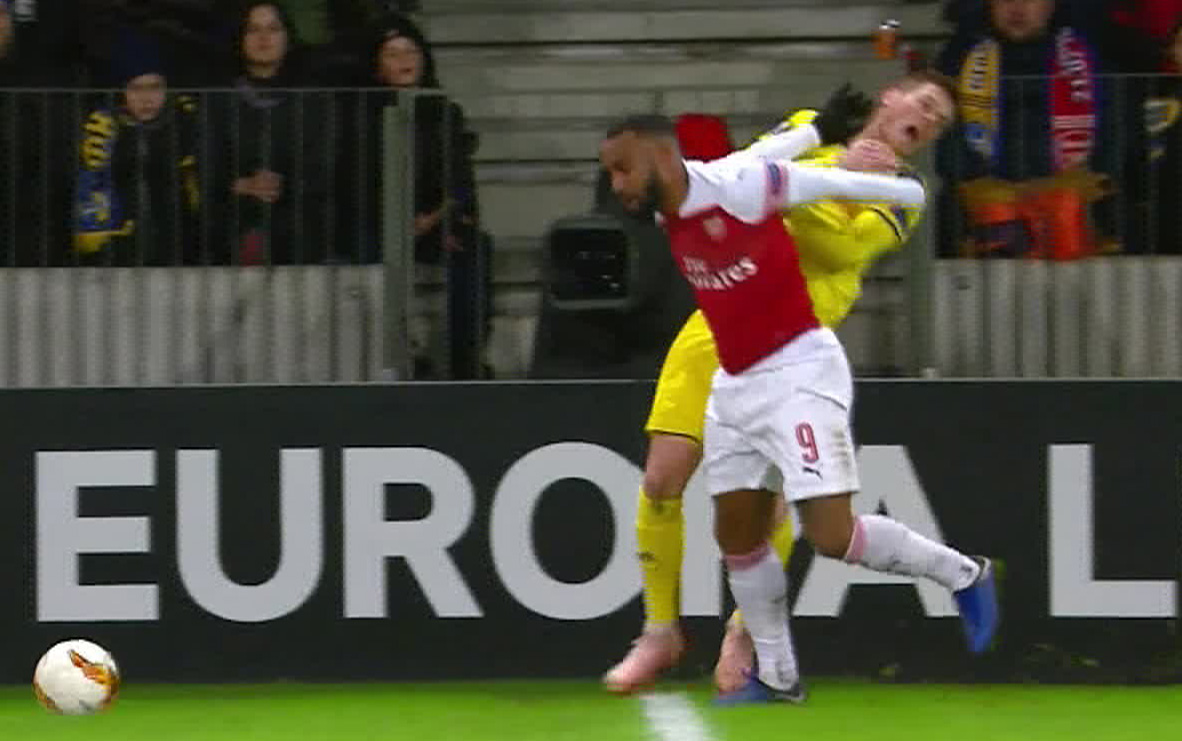 The Gunners have the home leg on February 21 to make amends in what could be their best shot to reach the Champions League.

Lying fifth in the Premier League, Emery's side may struggle to qualify for the third year in a row unless they can go all the way in Europe.