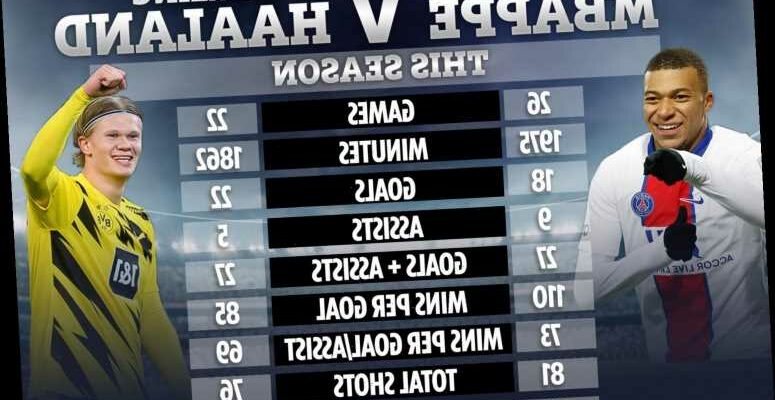 REAL MADRID are reportedly preparing to sign either Kylian Mbappe or Erling Haaland this summer.

The two strikers are among the hottest talents in world football and are both tipped to be the long-term successor to Karim Benzema at the Bernabeu. 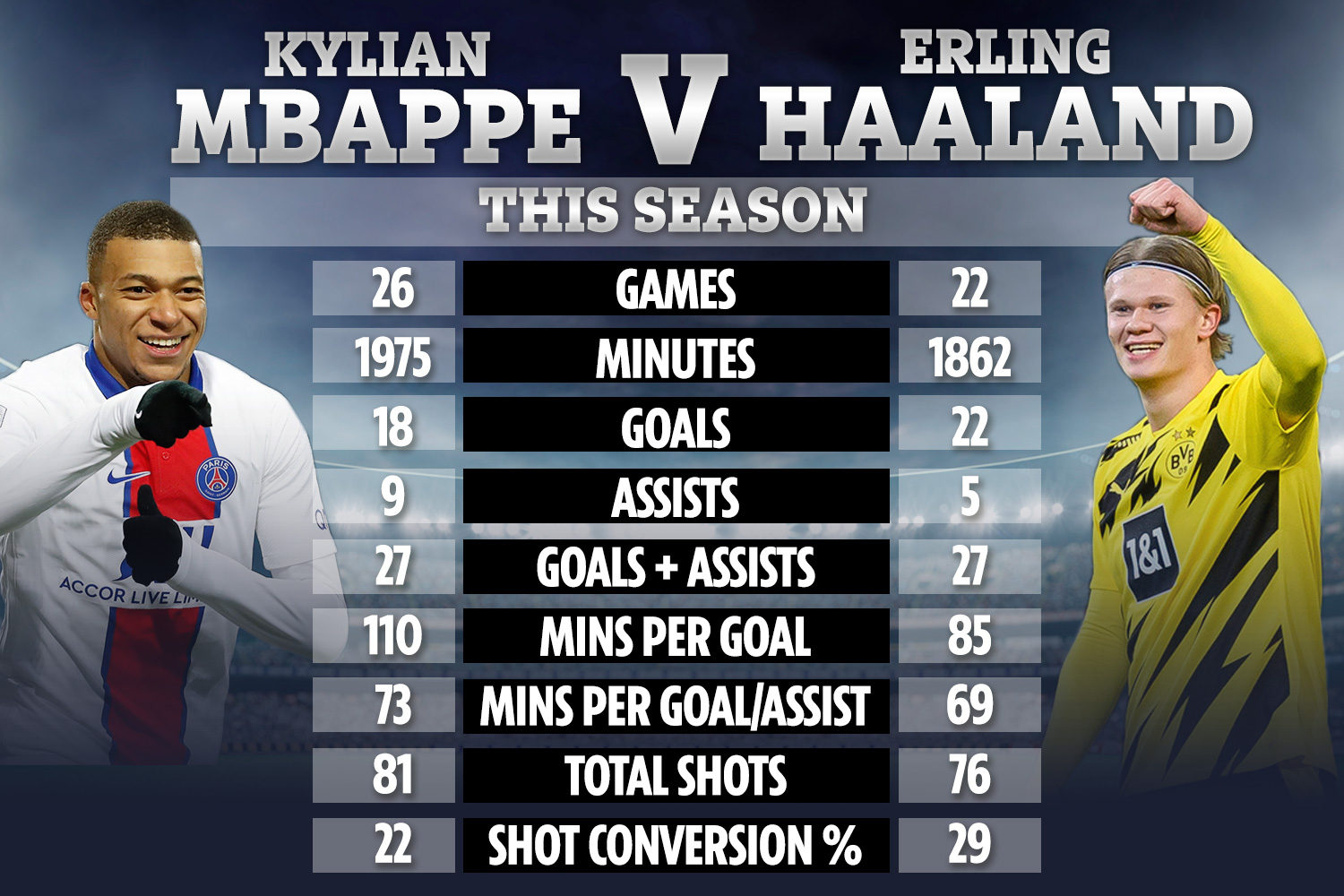 Mbappe has been tearing it up in Ligue 1 since his breakthrough season in 2016-17 while Haaland earned his move to Borussia Dortmund a year ago after bursting on to the scene with Red Bull Salzburg.

And they even have the murmurings of a rivalry after the World Cup winner mocked the Norwegian's goal celebration when they met in the Champions League last year.

But who is enjoying the better season this term ahead of a proposed move to Real Madrid?

Well, it's pretty close – but on paper, it's Haaland… just.

The Leeds-born forward, also a target for Manchester City, has 22 goals in 22 appearances, averaging one every 85 minutes.

Mbappe, meanwhile, has 18 in 26 at a ratio of 110 minutes per goal – having featured for 113 minutes more across all competitions.

The Paris Saint-German hero, 22, boasts nine assists to Haaland's five – meaning they both have 27 goal involvements this term.

Haaland, 20, just comes out on top, therefore, with 69 minutes per goal involvement and Mbappe just behind on 73.

He also boasts a slightly better shot-conversion rate of 29 per cent to Mbappe's 22 per cent.

On the team front, both sides are lagging behind in their respective title races.

Dortmund are sixth, a whopping 16 points adrift of leaders Bayern Munich, while PSG sit third, a point behind Lyon and three off Lille.

Both sides topped their Champions League group and face Spanish opponents in the last 16.

Haaland's team take on Sevilla while Mbappe & Co were drawn against Barcelona. 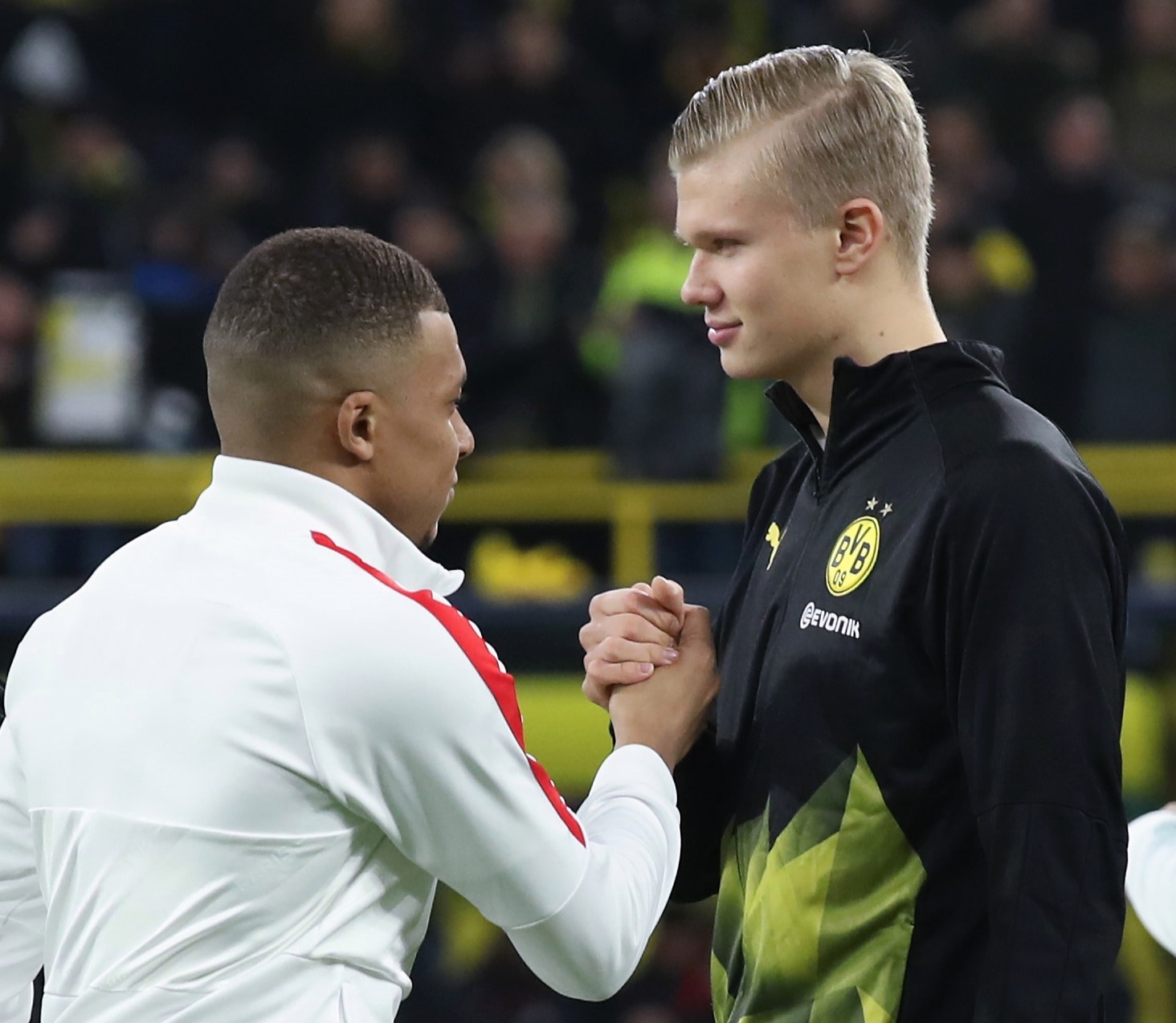