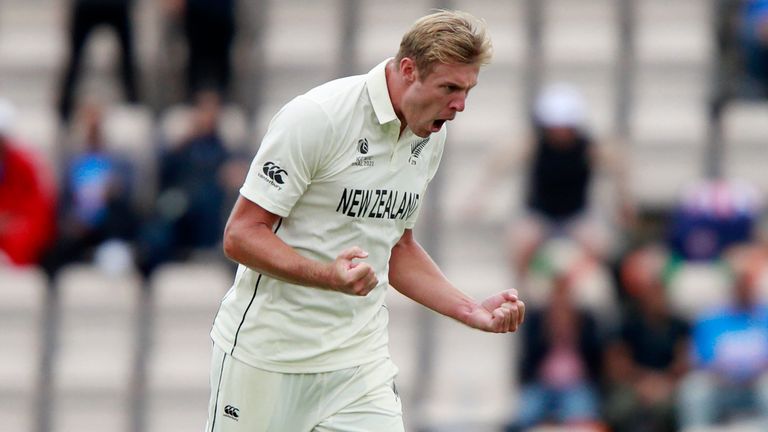 Kyle Jamieson registered his fifth five-wicket haul in Test match cricket to give New Zealand the edge in their World Test Championship final against India at the Ageas Bowl.

Despite resuming on 146-3, India were bowled out for 217 as Jamieson – starring in just his eighth Test match – produced figures of 5-31 from 22 overs.

In response, it was another New Zealand newcomer that impressed, with Devon Conway (54) making his third 50+ score in just his fifth Test innings as the Black Caps closed on 101-2 following a compelling third day.

Conway was left to rue an uncharacteristic lapse in focus when he succumbed just moments before bad light brought a premature end to proceedings, to give India some impetus heading into day four.

Nevertheless, it was a frustrating day for Kohli’s side, who lost seven wickets for just 71 runs as New Zealand’s formidable seam quartet took control, with Neil Wagner (2-40), Trent Boult (2-47) and Tim Southee (1-64) all among the wickets.

Tom Latham (30) and Conway built a solid platform for New Zealand, and the Black Caps’ decorated duo of Kane Williamson (12 no) and Ross Taylor will be tasked with leading their charge on day four. 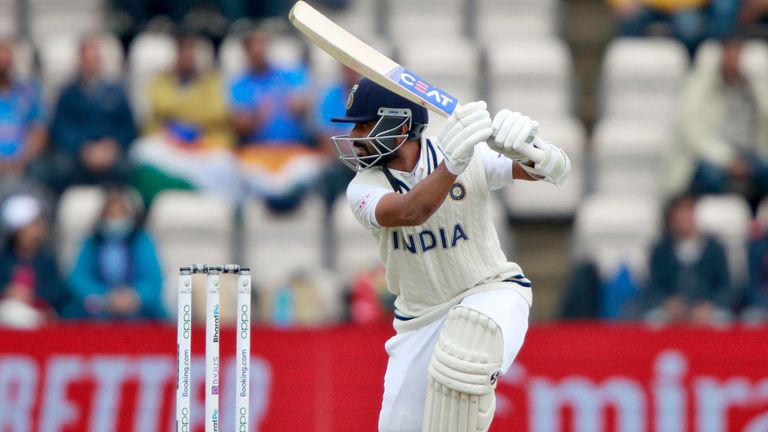 India held the initiative heading into day three, although a terrific bowling display from the Black Caps – spearheaded by Jamieson – shifted the pendulum.

The 26-year-old claimed the prized scalp of Kohli (44) in his second over of the day; trapping the India captain lbw with a full delivery that shaped in, and Kohli’s forlorn review came in vain.

Jamieson then accounted for the destructive Rishabh Pant (4), who was subdued by the sustained discipline and hostility from New Zealand’s imperious seam attack.

The left-hander faced 19 consecutive dot balls before opening his account with an effortless flick through mid wicket, yet while in search of another boundary, Pant perished – flashing wildly outside his off-stump and picking out Latham at second slip, who took a terrific reflex catch.

Ajinkya Rahane (49) relinquished his wicket in inexplicable fashion, having battled with such aplomb in testing conditions. The India vice-captain fell straight into New Zealand’s trap, skewing a telegraphed short-pitched delivery from Wagner to Latham at square leg.

Ravichandran Ashwin (22) helped India beyond 200 with an enterprising cameo, yet after he succumbed to Southee on the stroke of lunch, New Zealand ripped through the tail in merciless fashion.

Jamieson removed Ishant Sharma and Jasprit Bumrah in successive deliveries to seal his five-wicket haul in style, before BJ Watling took a smart legside catch off Boult to dismiss a circumspect Ravindra Jadeja (15). 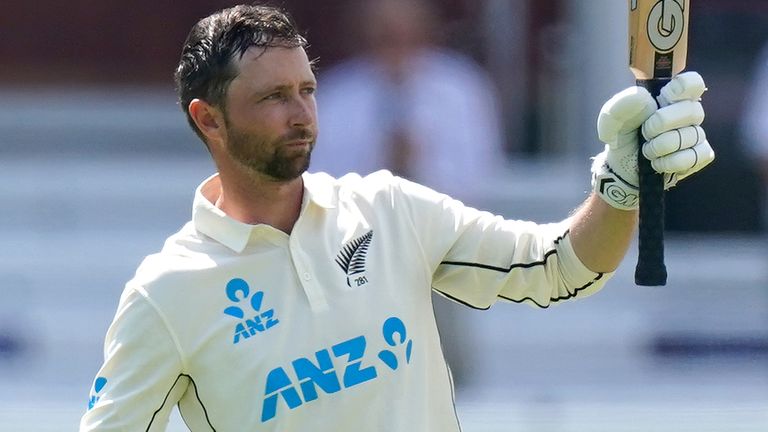 New Zealand’s performance for much of the day typified their Test-match blueprint. They were devastating with the ball, and diligent with the bat.

Conway and Latham negotiated their way through a taxing afternoon session; reaching tea unscathed at 36-0 from 21 overs.

Mohammed Shami bowled superbly without reward; engineering prodigious seam movement and troubling both openers with sharp bounce off the surface, but Latham in particular demonstrated impeccable judgement outside his off-stump.

New Zealand’s openers were undeterred as they moved to 70-0 in unassuming fashion, but Ashwin made the all-important breakthrough; inducing Latham forward with a flighted delivery and Kohli took a sharp catch at short extra- cover.

This did little to stifle New Zealand’s momentum as the unflappable Williamson provided an effective foil for Conway, who continued his insatiable desire for runs by bringing up a battling half-century from 137 balls.

However, the left-hander was unable to survive a late rearguard from India, chipping a leg-stump delivery from Ishant to Shami at mid-on, to leave this contest fascinatingly poised ahead of Monday’s play.

Watch day four of the World Test Championship final between India and New Zealand on Monday from 10am, live on Sky Sports Cricket.