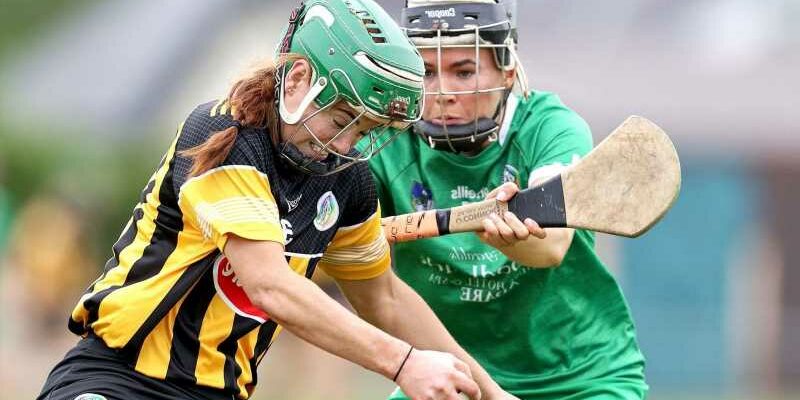 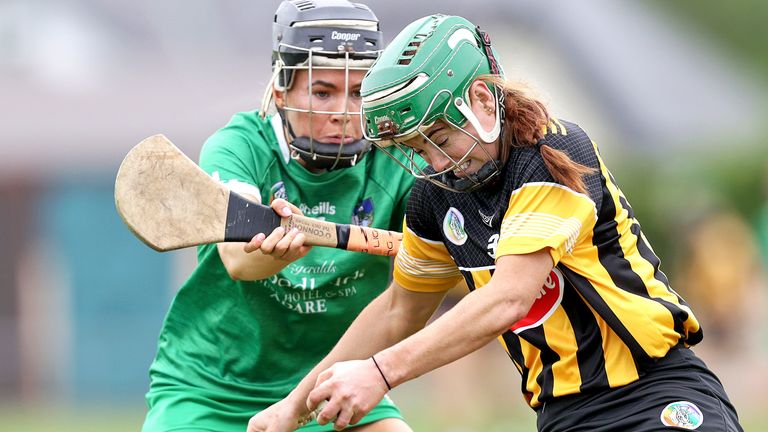 Kilkenny and Tipperary are through to the Littlewoods Ireland Camogie League Division 1 semi-finals.

The semi-final draw was made on Sunday evening, with Tipp set to face Kilkenny, while Galway will be up against Cork.

Kilkenny survived the most forensic of examinations by a young Limerick side to edge a thrilling contest on Saturday.

Limerick will be hurting for a while after this, for it was a game they should have won and would have, but for two brilliant saves by Kilkenny goalie Aoife Norris, and two strong runs and assists by Miriam Walsh for Mary O’Connell and Aoife Doyle goals.

Denise Gaule showed her leadership and experience in the second half especially, and weighed in with six points, but Cats manager Brian Dowling will know his crew, while displaying fantastic character, were fortunate not to be subject of what would have been a huge shock defeat.

Limerick led for most of the proceedings and were full value for that lead, as they exposed weaknesses in a Kilkenny defence without Davina Tobin and Claire Phelan. That was down to a relentless work-rate and a directness of play, either through lengthy deliveries or pacy running right down the middle.

Kilkenny hit the front early on with a point from Laura Murphy but their opponents were playing with confidence and were soon two clear, Rebecca Delee equalising after Sophie O’Callaghan had won a dirty ball, and Caoimhe Costelloe shot the first two of her seven points. 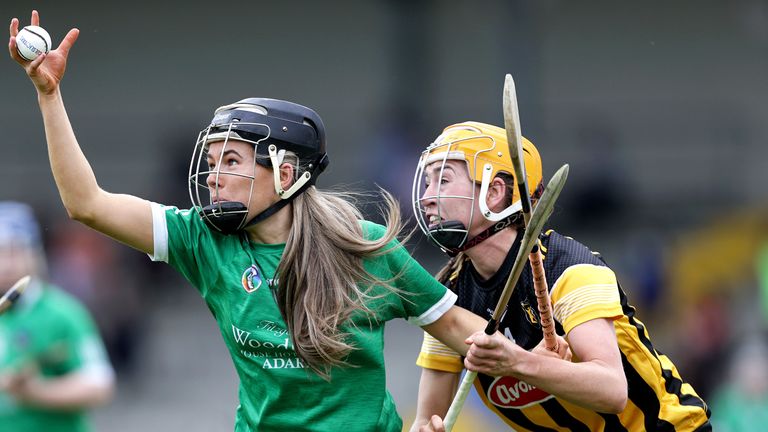 The industrious Niamh Deely needed to be alert to deny Delee a shot at goal and Delee, Caoimhe Lyons and Áine Fitzgerald certainly made life uncomfortable for Kilkenny. Judith Mulcahy and Niamh Ryan were dominant in the Limerick half-back division while Megan O’Mara covering the ground at either end of the pitch.

O’Connell’s 19th-minute goal came against the run of play and it had its genesis in a tremendous fetch by Kellyann Doyle from Laura O’Neill’s puckout, after Murphy had shot her second point.

When the sliotar was propelled forward, it was gathered smartly in a wide position Walsh often likes to drift out to from full-forward. The alacrity of her spin certainly caught Muireann Creamer unaware. She soloed towards the danger zone, drew Mulcahy before executing the hand-pass perfectly for O’Connell to finish with ease.

It said much for the mental fortitude of the Limerick players that they shook off the setback, registering four of the next five points. Costelloe (two), O’Callaghan and O’Mara raised white flags to make it 0-8 to 1-4 at the interval.

It might have been even better as Delee had a glorious goal chance after Deborah Murphy and O’Leary had pierced the heart of the Cats’ spine but Norris left her line with impressive speed to block with her body.

Gaule levelled it up from an early free at the start of the second period but three more points from play by Costelloe, Cunningham and Niamh Ryan moved Limerick three ahead.

There is a steeliness about Kilkenny of course, a pedigree and pride that comes with being All-Ireland champions and they shot the next goal and four points in the game’s defining period.

Dowling and his brains trust deserve some credit, as they switched Walsh out to the ’40 in a bid to gain more traction there and nullify the influence of Mulcahy, who had been the best player on the park.

The Ahane totem continued to get on plenty of possession but it was a Walsh foray through the middle that set up the critical second major. Again she attracted the cover and slipped a pass, this time to Katie Nolan. Her shot was brilliant stopped by O’Neill but Aoife Doyle was on hand to finish first time off the sod.

Gaule added a pair of points, including a magnificent score from play on the left flank, to push four ahead but Pat Ryan’s challengers continued to pour forward, Norris being forced into another smart save from Cunningham’s ground shot.

They did get it back to two, courtesy of a Costelloe 45 from that stop and another neat finish by Dearbhla Egan but Kilkenny had given themselves enough breathing space and ground it out, Nolan having the final say.

Grace O’Brien plundered 2-4 from play while Cáit Devane contributed a total of 2-5 as Tipperary pulled away in the final quarter for a comfortable Littlewoods Ireland Camogie League Division 1 quarter-final triumph.

While the 16-point margin is harsh on Offaly, who battled hard for much of the proceedings before running out of steam, there was no questioning the merit of Tipp’s success as they held the upper hand for the majority of the affair.

The winners’ superior conditioning built up over recent years was very evident as they registered two goals and six points after the 39th-minute dismissal of dual player Róisín Howard for committing two yellow-card offences in 90 seconds.

Aisling Brennan was among Offaly’s most visible contributors but she received her marching orders 11 minutes after Howard, picking up her second yellow card when fouling Miriam Campion for a penalty dispatched with venom by Devane.

The breadth of scorers will have really pleased the Premiers’ manager Bill Mullaney, especially while the game was still a contest, given the unhealthy reliance on Devane in this department over the years.

O’Brien was almost unmarkable in the first half but Devane is all class of course and her first goal was a ferocious finish that sent Tipp on their way.

Offaly actually had a couple of early goal chances through Gráinne Egan and Mairéad Teehan and Egan got the scoring under way from a 45 but O’Brien was economy personified in slotting a brace of points, the second a peach.

Tipp poured forward as they enjoyed plenty of success on the Offaly puckout. That led to them quickly augmenting their tally to the tune of four more points, Devane (free), Howard, Ereena Fryday and O’Brien again stretching the margin to five.

Aisling Brennan landed a score from distance and Egan converted a free to steady the ship by the end of the first quarter.

The relief was momentary, however, as a length-of-the-field move in which Nicole Walsh in particular played a key role was brought to a definitive conclusion with a stunning strike by Devane that left Mairéad Jennings with no chance between the Offaly posts as the sliotar flew into the far corner. 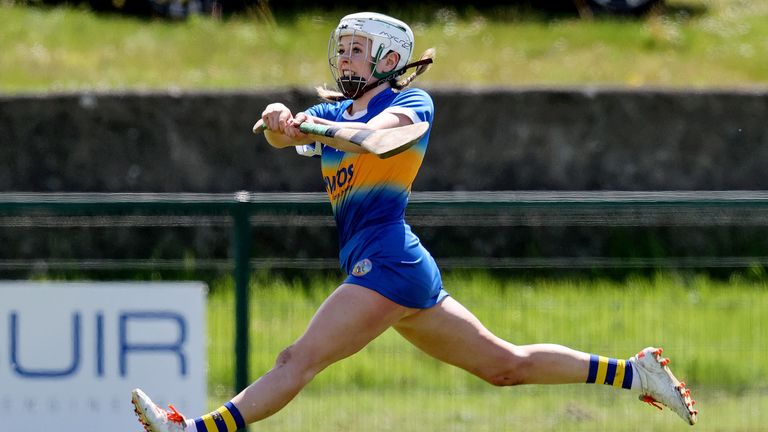 Eimear McGrath and Devane pointed either side of a smartly-taken minor by former Tipp player Teehan, but when O’Brien drilled to the empty net after Clodagh McIntyre had pounced on an error by Jennings, it was always going to be a long road back for Offaly.

That said, Susan Earner’s charges did provide the last two scores of the half from placed balls by Egan to remain in touching distance, 2-8 to 0-7 behind at the interval.

Tipp were able to find space too easily in the Offaly half, however, and with Mary Ryan enjoying herself in an often-unattended role deep in her own sector, she was able to get attack after attack under way.

Her grateful attacking colleagues capitalised on many of the subsequent opportunities against an increasingly overworked Faithful rearguard, as half-time sub Campion, Walsh, O’Brien and McGrath put nine points between the sides within eight minutes of the restart, the redoubtable Brennan and Kate Kenny having split the posts for Offaly.

Egan was moved onto Ryan after Howard’s red card but Offaly were waning while their rivals moved into overdrive.

Devane converted the 50th-minute penalty but it was fitting that the elusive O’Brien would have the final say, goaling from a ground shot in injury time after gathering Devane’s clever cross-field ball.