Speaking during a Q&A for a MISK talk, the 30-year-old has sparked uproar after he claimed that budding females wishing to become fighters should stay at home.

Thank you so much my dear fans from Saudi Arabia ?? This communication was a great experience for me. See you next time @miskksa 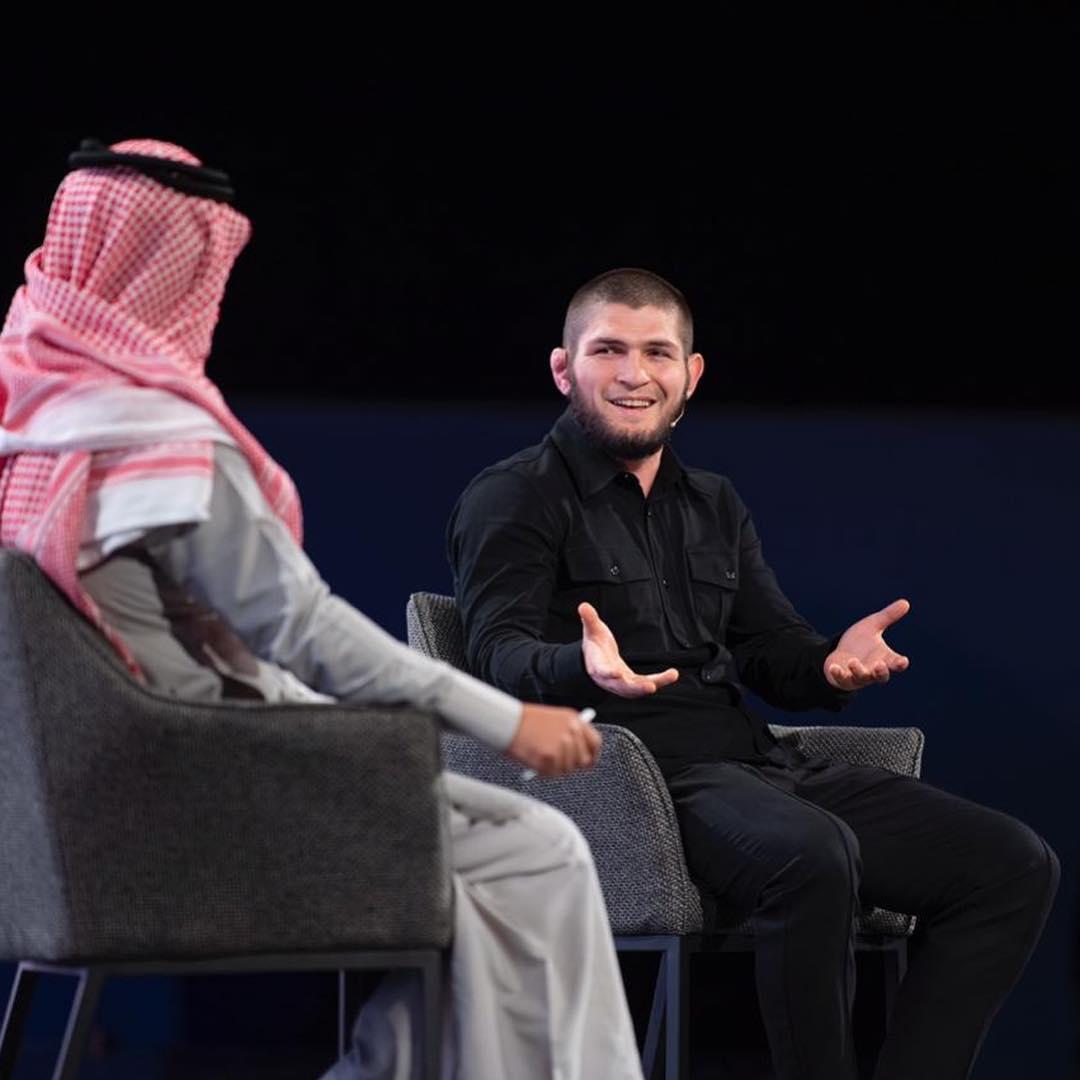 Khabib – who beat Conor McGregor in Las Vegas in October – was asked by a member of the audience on what advice he would give to a woman who wants to get into the fighting industry.

After an applause from the crowd, the Eagle said: "For females, I have very good advice, be fighter inside your home.

As laughter erupts from certain attendees, he added: "And one more advice, all the time, finish your husband."

His comments instantly sent social media into meltdown, with one tweeting: "This is embarrasing (sic). Honestly. And a bunch of morons laughing. The UFC champ ladies and gentlemen." 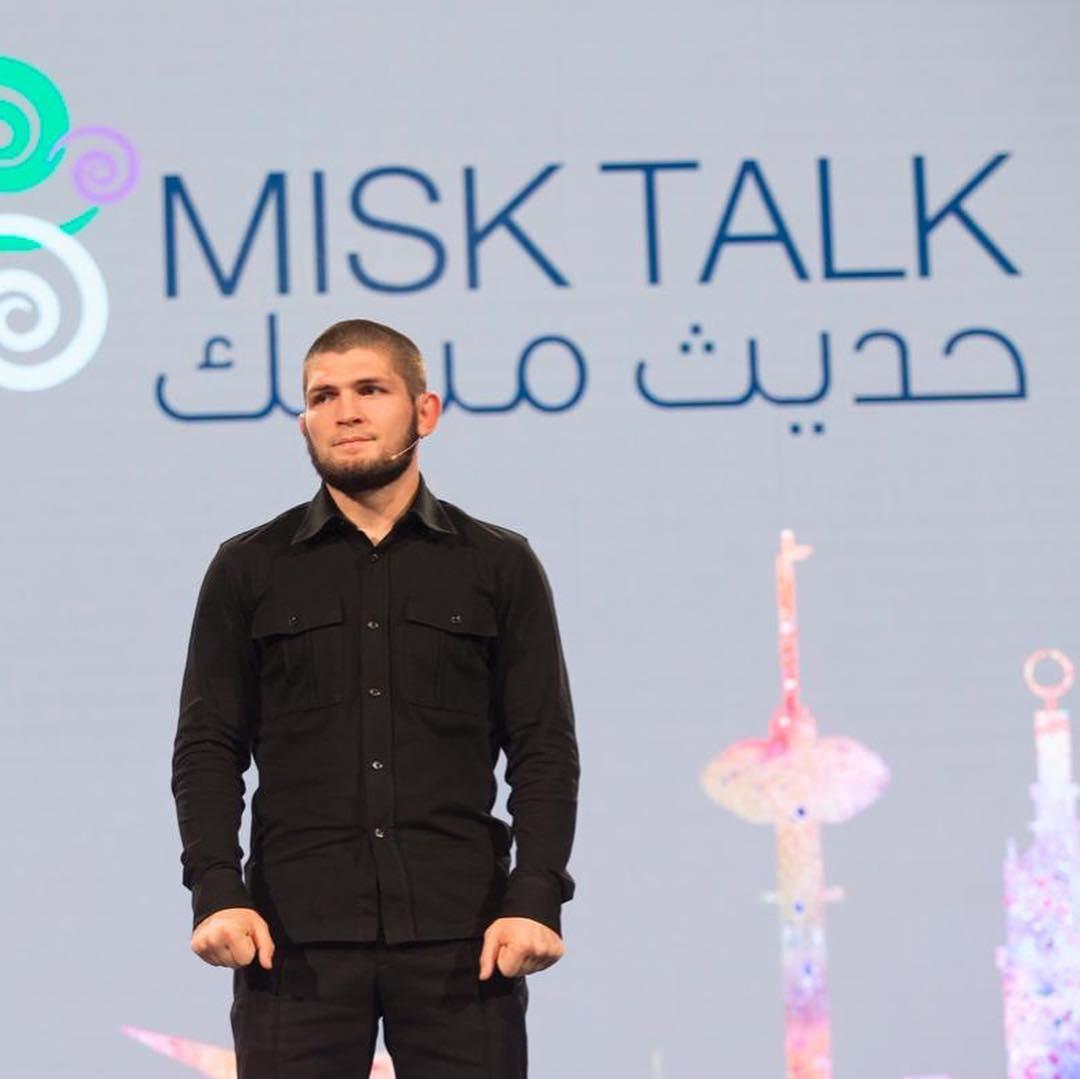 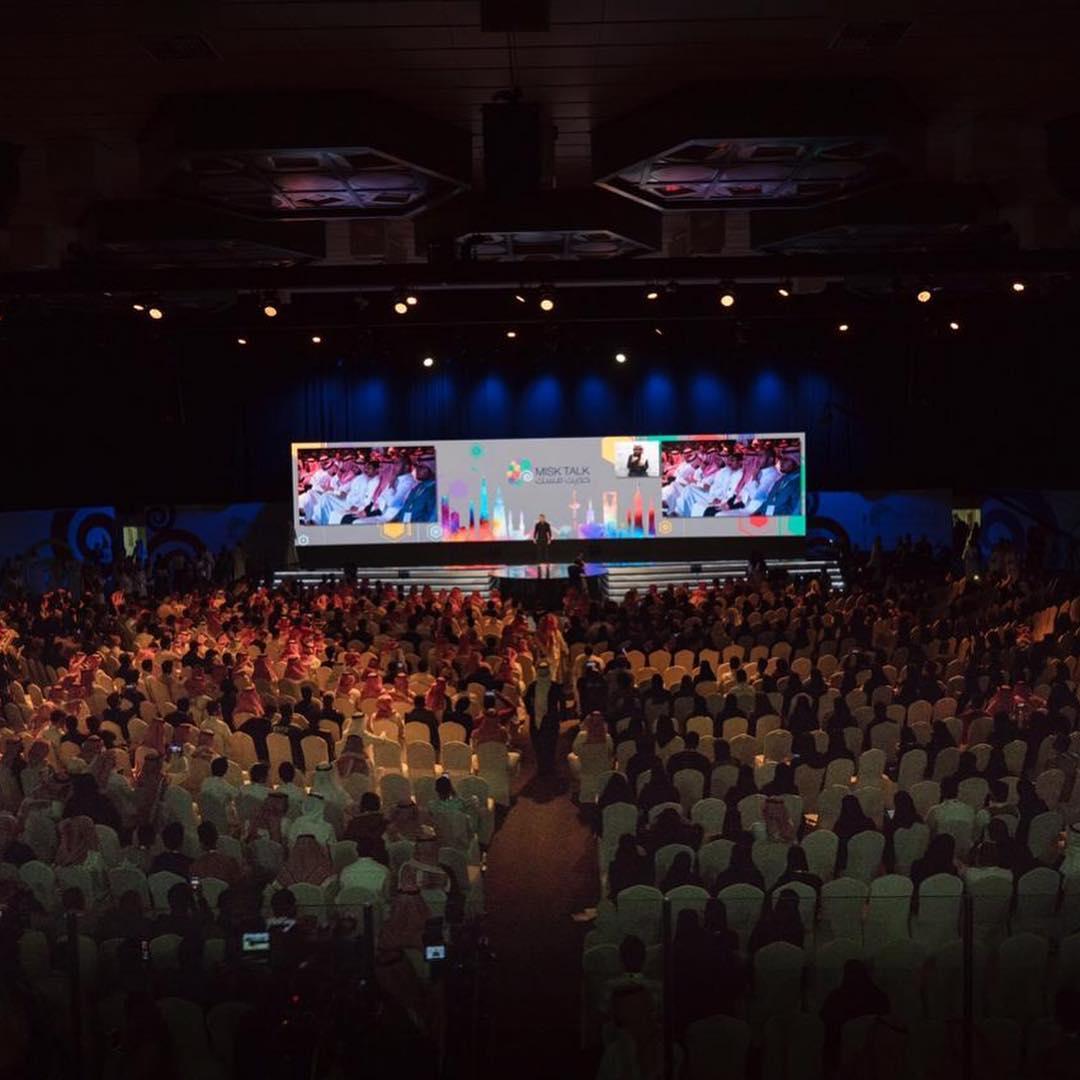 While another commented: "Khabib's comments sound like something from 50 years ago.."

Another said: "Khabib is a clown. He ain’t keeping anyone in the kitchen."

One person simply stated: "What an absolute disgrace."

While another quipped: "Khabib just triggered every single feminist on the planet."

Khabib – who is currently on a world tour – took to Instagram after the event, where he said: "Thank you so much my dear fans from Saudi Arabia.

"This communication was a great experience for me. See you next time."

The 27-0 fighter has called for a boxing clash against Floyd Mayweather, having been suspended by the UFC following the post-fight brawl after he beat McGregor.

While a bout against Tony Ferguson could be his next fight inside the Octagon.