UFC legend Khabib Nurmagomdeov joked with referee Herb Dean he was bribed during his bout against Conor McGregor in an old clip that has resurfaced.

The 32-year-old defended his lightweight title against the Notorious in October 2018 via a fourth-round submission in what was the first defence of his belt. 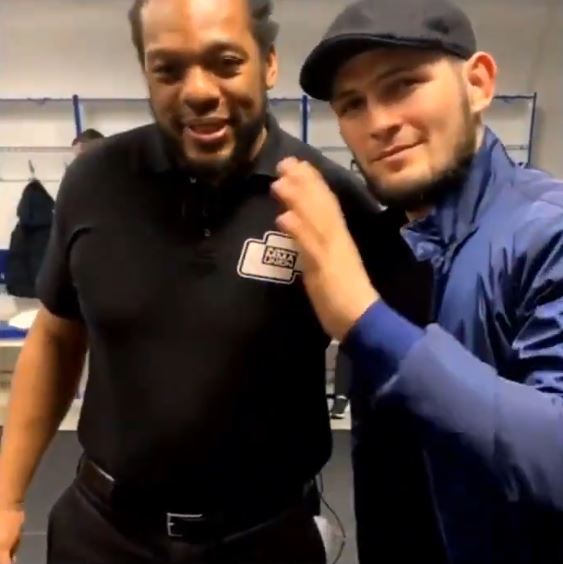 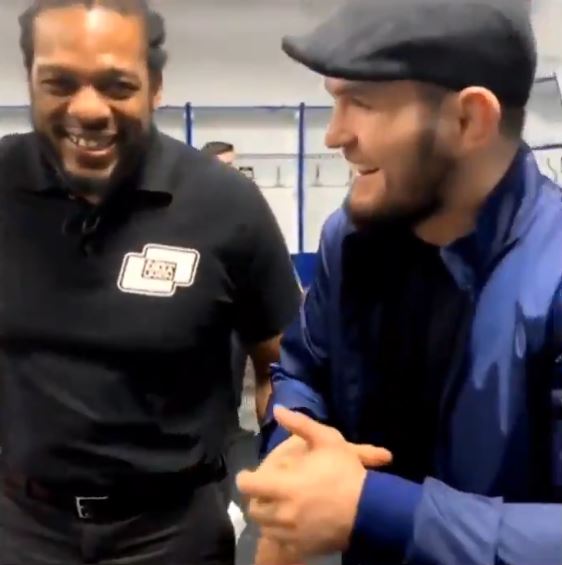 Though the Russian dominated the Irishman throughout, he believes that Dean allowed McGregor to get away with illegal strikes during their encounter.

McGregor – who won the third round against the Eagle – even boasted about his illegal knee blows in October.

And Khabib teased Dean when he met him at a UFC event in 2019 ahead of his bout to face Dustin Poirier.

Standing alongside his coach Javier Mendez and his late father Abdulmanap, Khabib joked the official was paid to allow McGregor to cheat.

Speaking to Mendez who was holding the camera, he said: "Coach, how much do you think they paid him?”

Mendez replied: "I don't know. How much did you get paid Herb, how much?"

To which Dean stated: "I was trying to do a good job."

Mended then asked: "Were you well-compensated, though?"

A laughing Dean the quipped: "That’s the thing, I’ve never been well-compensated."

Khabin then finished the exchange by declaring: "Coach, I forgive him."

Commenting on the interaction, one fan tweeted: "Herb is one of the best. He’s had a virtually spotless career in a thankless job."

Another stated: "Herb did allow Conor to go unpunished for cheating and for unlawful actions, that's a fact!"

A third added: "Funny clip but man Herbs performance must have been The worst ref performance EVER and on the greatest stage."

Khabib – who retired from MMA after choking out Justin Garthke last year – is yet to vacate his lightweight strap.

But Kevin Lee has urged him to let somebody else for the title if he has no plans to return to the octagon.