Kevin Walsh has hit out at the ‘narrative’ that under his watch, Galway set up too defensively and since his departure there has been a dramatic shift.

Writing in his newly-released autobiography, ‘The Invisible Game’, the two-time All-Ireland winning midfielder hit out at commentary around the county’s playing style during his time at the helm.

Walsh managed Galway for five seasons between 2015-2019. During that period, the Westerners made significant progress, peaking in 2018 when they reached the Division 1 final of the National League, claimed the Connacht Championship title and made it to the All-Ireland semi-final. Their Super 8s win over Kerry that season was the county’s first championship win at Croke Park since 2001. 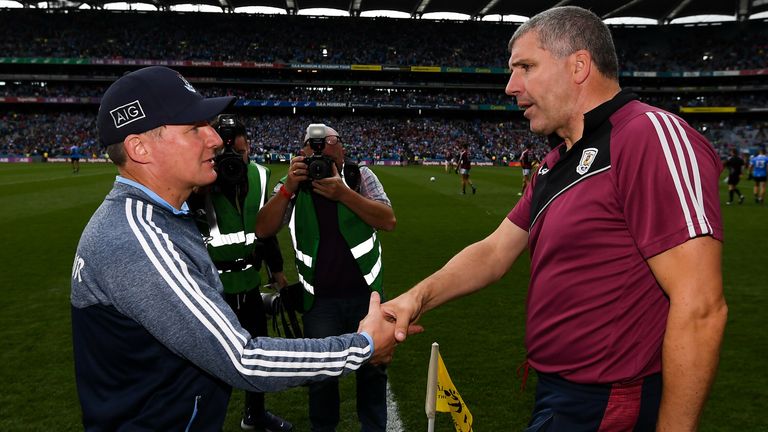 However, they were unable to build on that progress, and exited in the qualifiers the following season.

During Walsh’s time at the helm, Galway were viewed as a defence-orientated side. And the high-scoring manner in which the county started life under Pádraic Joyce in the 2020 National League led many to draw contrasts between the two.

“We see it now with Galway, where the narrative is that Pádraic Joyce has completely dispensed with his predecessor’s systems and freed the poor Galway forwards from oppression,” writes Walsh.

“Yet it was Shane Walsh giving away a penalty in the very first National League game against Monaghan in 2020. Conor Gleeson saved Conor McManus’ kick and Galway won by a point.

“Now I understand, it’s a new manager, a new story but in actual fact, the old narrative continues. The big bad wolf has been replaced and Joyce will have Galway zipping it around without a care for defensive solidity and structure.

“Pádraic is not a foolish man. He will bring his own strengths and philosophies to the mix of course, rightly so. But he knows that to win an All-Ireland you have to set up well and I wasn’t surprised that he didn’t throw the baby out with the bathwater; that the arc defence, for example, was still in use to a large degree.

“And we saw him revert to setting up well for the championship outing against Mayo last November – after a gung-ho approach in the first game of resumed activity in the league the previous month had concluded with a 15-point defeat and the concession of 3-23 to James Horan’s crew. That kept the heavy-scoring Mayo to just 14 points in the championship, though Galway did not create enough an missed a few scoring opportunities, and fell agonisingly short by one point.

“Yet, seeing Shane continue to work hard for the team in all aspects of the game confirmed how he embraced our coaching.” The big bad wolf has been replaced and Joyce will have Galway zipping it around without a care for defensive solidity and structure.

‘A bias against Galway’

The three-time All-Star feels that this perception was borne out of analysis, citing it as a significant reason in him departing the role following the 2019 defeat to Mayo.

“An image was painted of three players surrounding another in possession as looking awful. As if ferocious work-rate were a negative thing,” he continued.

“There is no consistency here by the way because in hurling, Kilkenny’s appetite for hounding down the opposition in numbers was revered. Yet hurling was never deemed as negatively as football anyway, due to the mindsets of the analysts.

“The fact you can score from 80 metres out in hurling in an advantage in scoreboard optics obviously.

“I began to feel that there was a bias against Galway.

“Perception becomes reality and that perception was a major contributor to me standing down as manager, for the overall benefit of the Galway players.”

One example he outlined was the 2018 All-Ireland semi-final defeat to Dublin, in which Jim Gavin’s charges prevailed on a scoreline of 1-24 to 2-12. 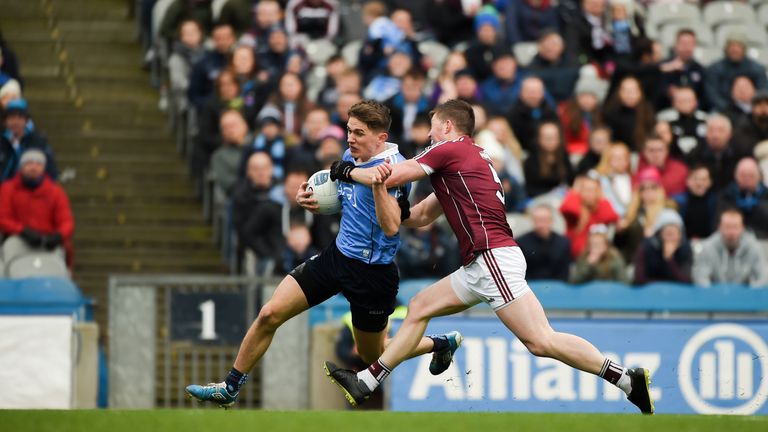 “The All-Ireland semi-final in 2018 is a standout case of completely inaccurate analysis. It was as if Dublin had sauntered to victory, a triumph for creativity and expression of creativity over the evil forces of destruction and doom,” he remarked.

“Yet the tally of when both teams had 15 men behind the ball in that game was 15-14, almost identical – but with Dublin protecting their goals in that fashion on more than one occasion.

“In attacking terms, Galway created 18 scoring chances in the first-half compared to Dublin’s 12. Galway scored 1-7 and missed 2-8, including a penalty. Dublin scored 1-9.

“None of these facts support the commentary that Dublin were the team doing all the attacking, Galway only interested in holding a defensive pattern and hoping for the best. We didn’t get an ounce of credit for our game plan, the success of the tactics and the creativity it promoted.”