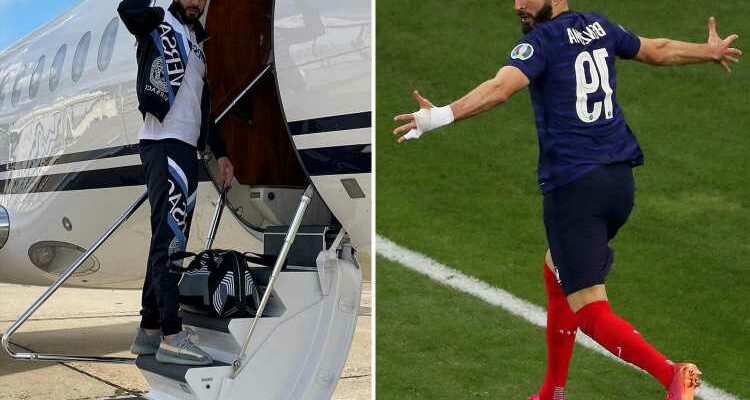 KARIM BENZEMA boarded a private jet dressed in a matching Versace tracksuit as he set off on holiday.

The Real Madrid striker failed to get France further than the last 16 in Euro 2020 and is now off for some much needed rest. 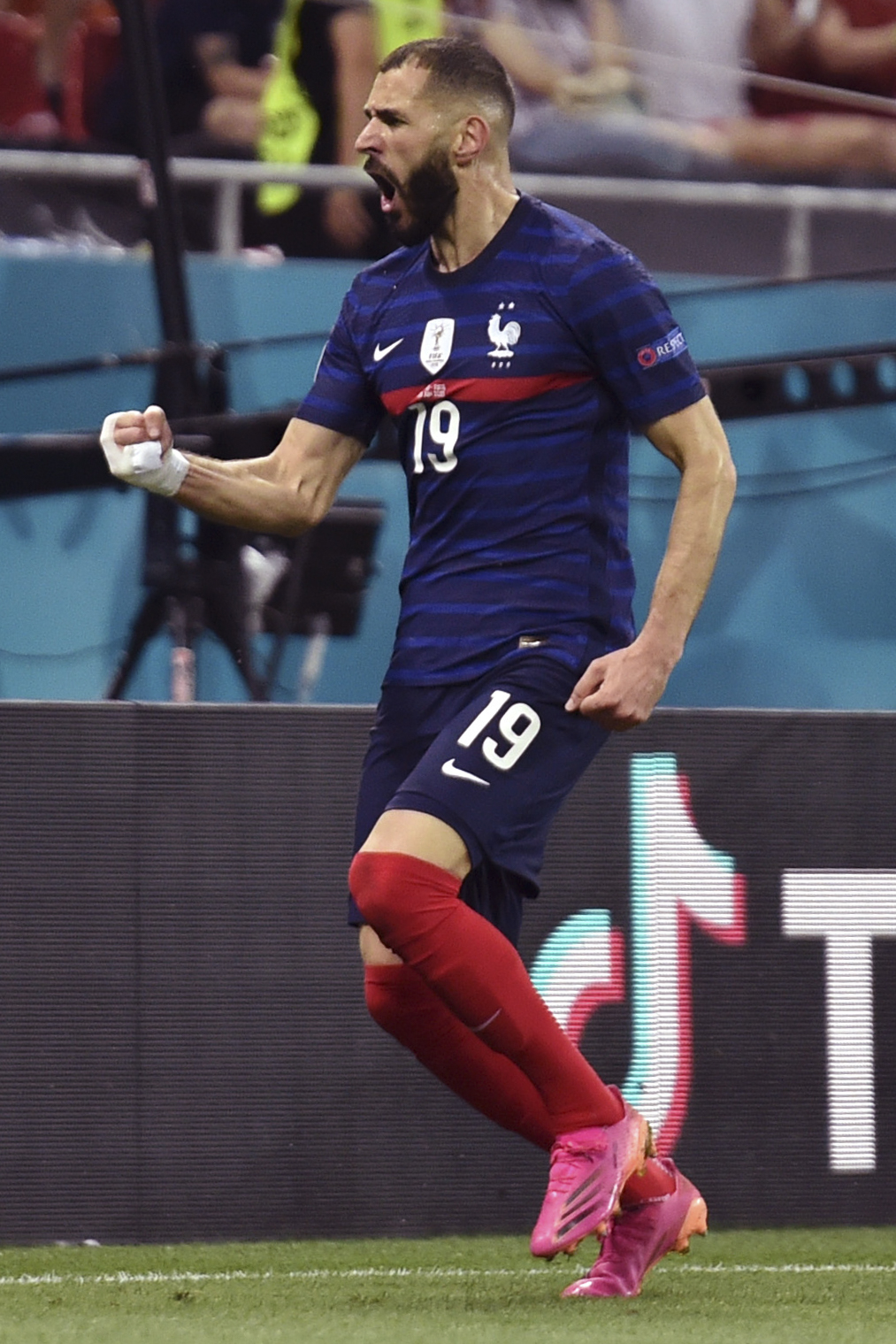 Benzema, 33, posted a photo of himself climbing the steps to the luxury small plane.

He had matching blue Versace tracksuit bottoms and jacket as he posed for the camera.

Les Bleus ace completed the look with a swanky looking watch and a pair of Adidas Yeezys.

Lyon born Benzema was a surprise inclusion in France's squad.

But he could not drive them on to glory as they crashed out in the last 16 to Switzerland on penalties.

He had not played for the reigning world champions since 2015 following his alleged role in a plot to blackmail Mathieu Valbuena – a claim he denies.

Benzema is alleged to have been involved in a plan to blackmail the winger over an X-rated video on his mobile phone.

The striker is claimed to have acted as a middle-man, convincing Valbuena to deal with the blackmailers himself – with the now-Olympiacos man, 36, instead going to police.

Benzema’s lawyer, Sylvain Cormier, maintained the striker’s innocence in 2015, saying: “He played no part, I repeat no part, in any blackmail or attempted blackmail.”

The forward will reportedly go on trial in October, and many – including Arsenal legend and fellow Frenchman Arsene Wenger – had called for him to be recalled to the national team for Euro 2020.