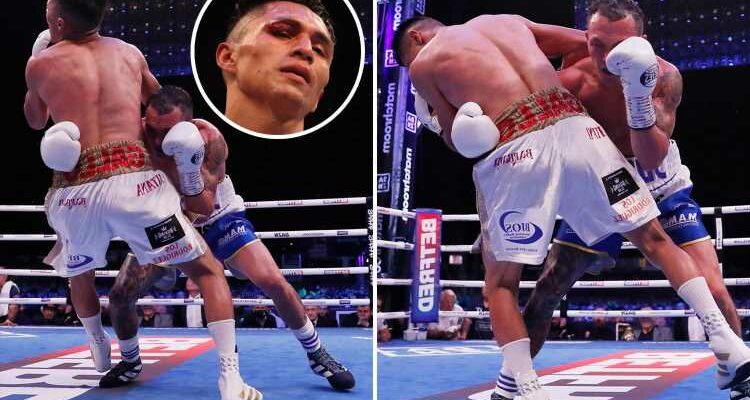 JOSH WARRINGTON’S shot at redemption turned into a bloody disaster after he accidentally head-butted his way to a technical draw with Maurico Lara.

The 30-year-old father-of-two took a tune-up fight with the unknown Mexican last February and suffered the first brutal defeat of his career. 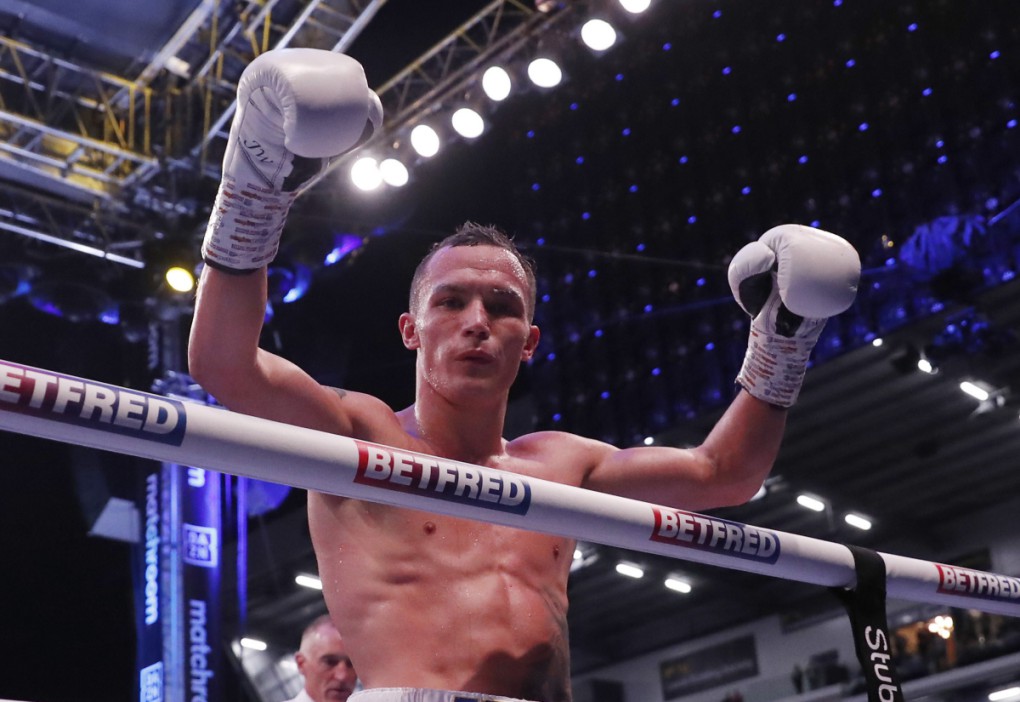 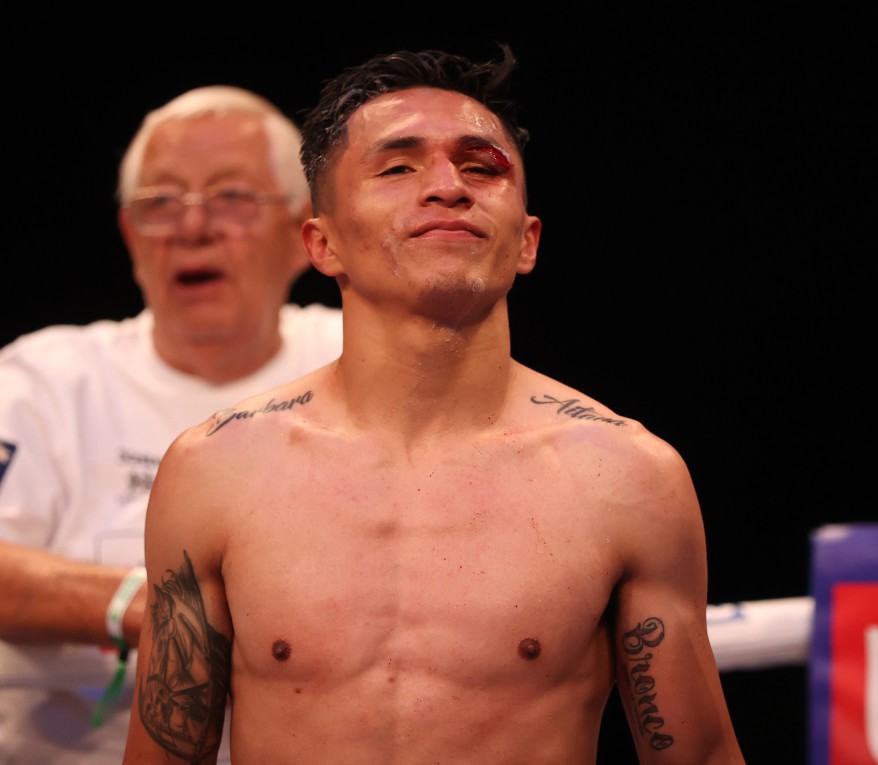 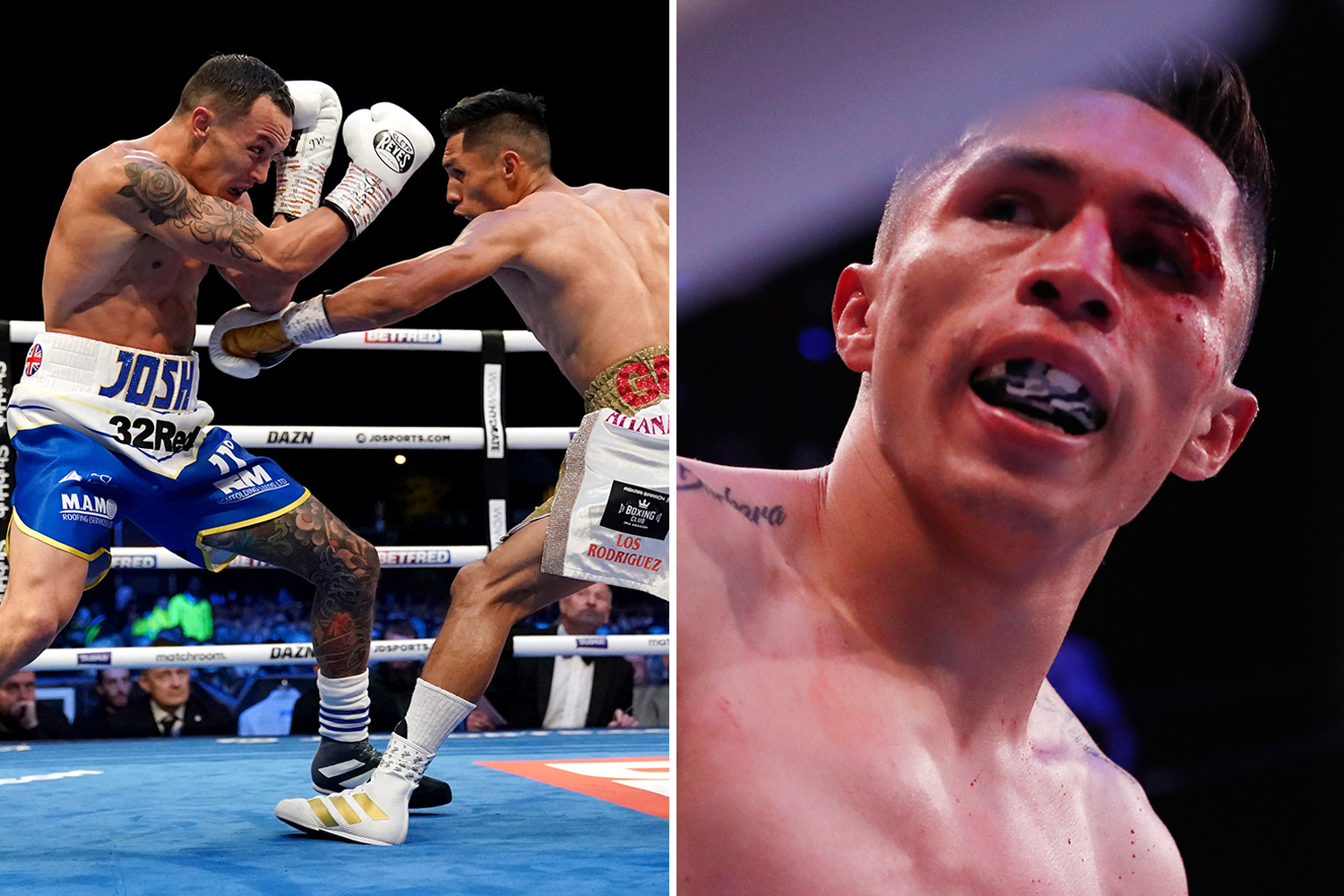 But he jumped back into the fire and got burned when referee Steve Gray cancelled the contest after just six minutes when a clash of heads left Lara with a horrible gash.

Warrington said: "All these people wanted to see me get redemption tonight.

“I thought I opened him up with a punch in the first round but a clash of styles, my head hit him.

In a stark and silent Wembley arena, in the midst of the miserable lockdown, the 9st ace was dropped heavily in the fourth before somehow surviving until a round nine KO.

For weeks the former IBF 9st king could not leave the house and was too embarrassed to go shopping with his wife.

A pep-talk video call with Anthony Joshua – who suffered a similar shock against Andy Ruiz Jr in 2019 – got Warrington back into the gym.

And the Elland Road regular’s Yorkshire pride convinced him to take an instant rematch with the 23-year-old banger, when he could have plotted his way back toward a world title along a far easier path.

Instead, Lara peeled off his poncho and howled into the Headingley crowd, happy to be the most unpopular man in the white-hot atmosphere.

Warrington has always played up to his feather-fisted reputation – having only 7 KOs in 30 wins – but his round-one right hands looked mean and capable.

But the local legend got carried away in the second and smashed his forehead into Lara’s eyebrow, with a gash quickly peeling open and oozing.

The visitor’s corner tried to smother it in Vaseline to stem the flow but the referee had no choice but to call it off and tarnish both records with a draw as fewer than four rounds had been contested to score.

"I wanted to put on a performance and that was always going to come at some point, I felt I was really getting into it," added Warrington.

"Especially after the second round I sat down and said 'this is mine for the taking', I could see it being an early night but not in this kind of scenario.

"Weeks and weeks of promotion, all of these people came out and I can only say sorry, we will have our redemption." 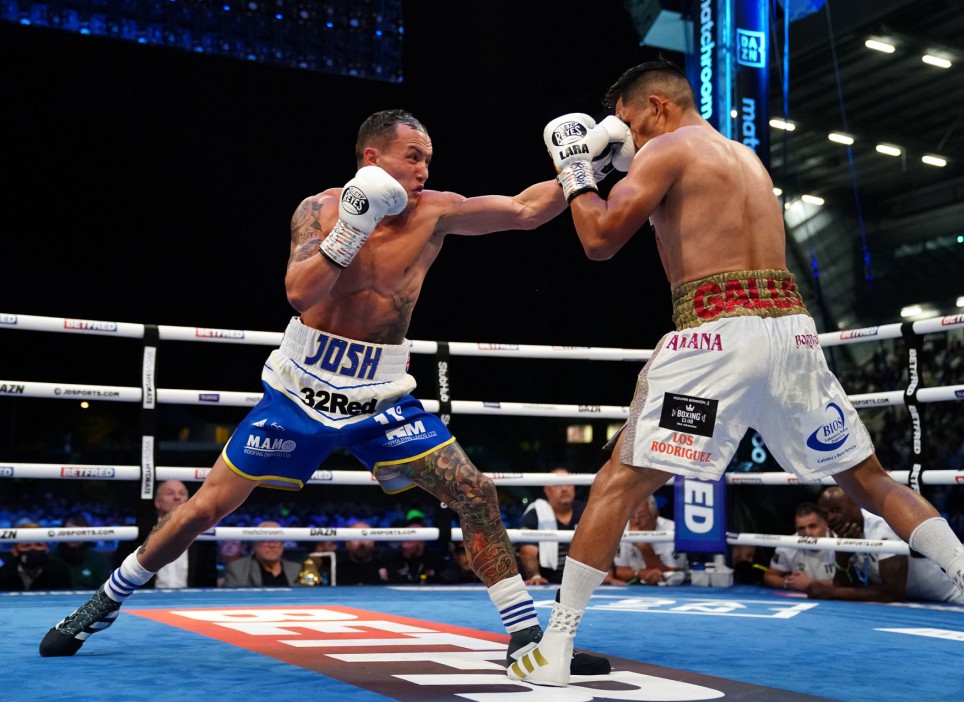 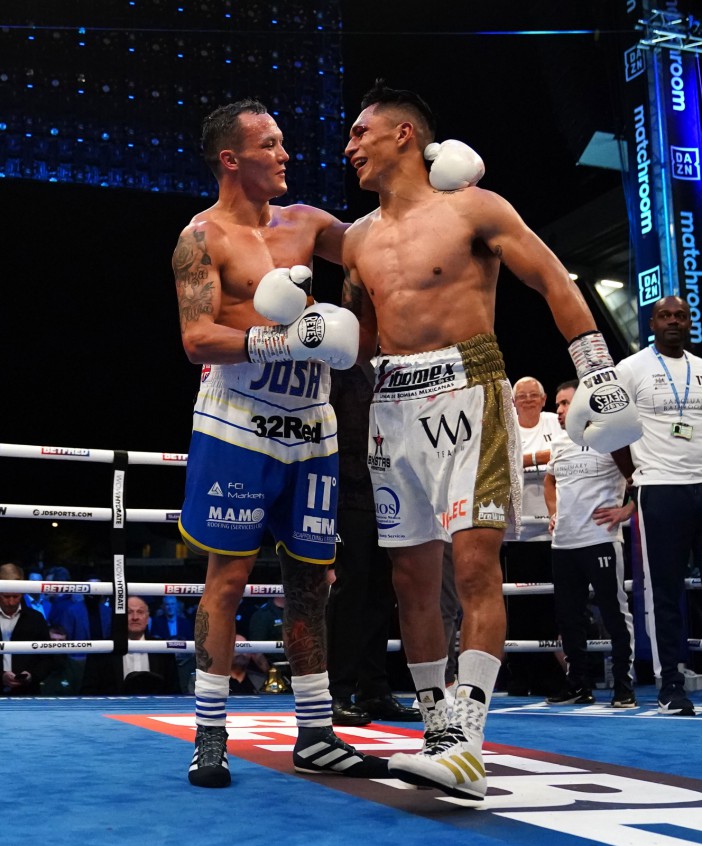