LEEDS hero Josh Warrington can laugh and joke his way through a 40-minute interview before dishing out a chilling reminder of how serious his job is.

Gags from the from the IBF featherweight champ about his wife hiding empty McDonalds wrappers from him, or mates preferring to buy a new Stone Island jumper than a ticket to his Saturday fight, flow as freely as his punches. 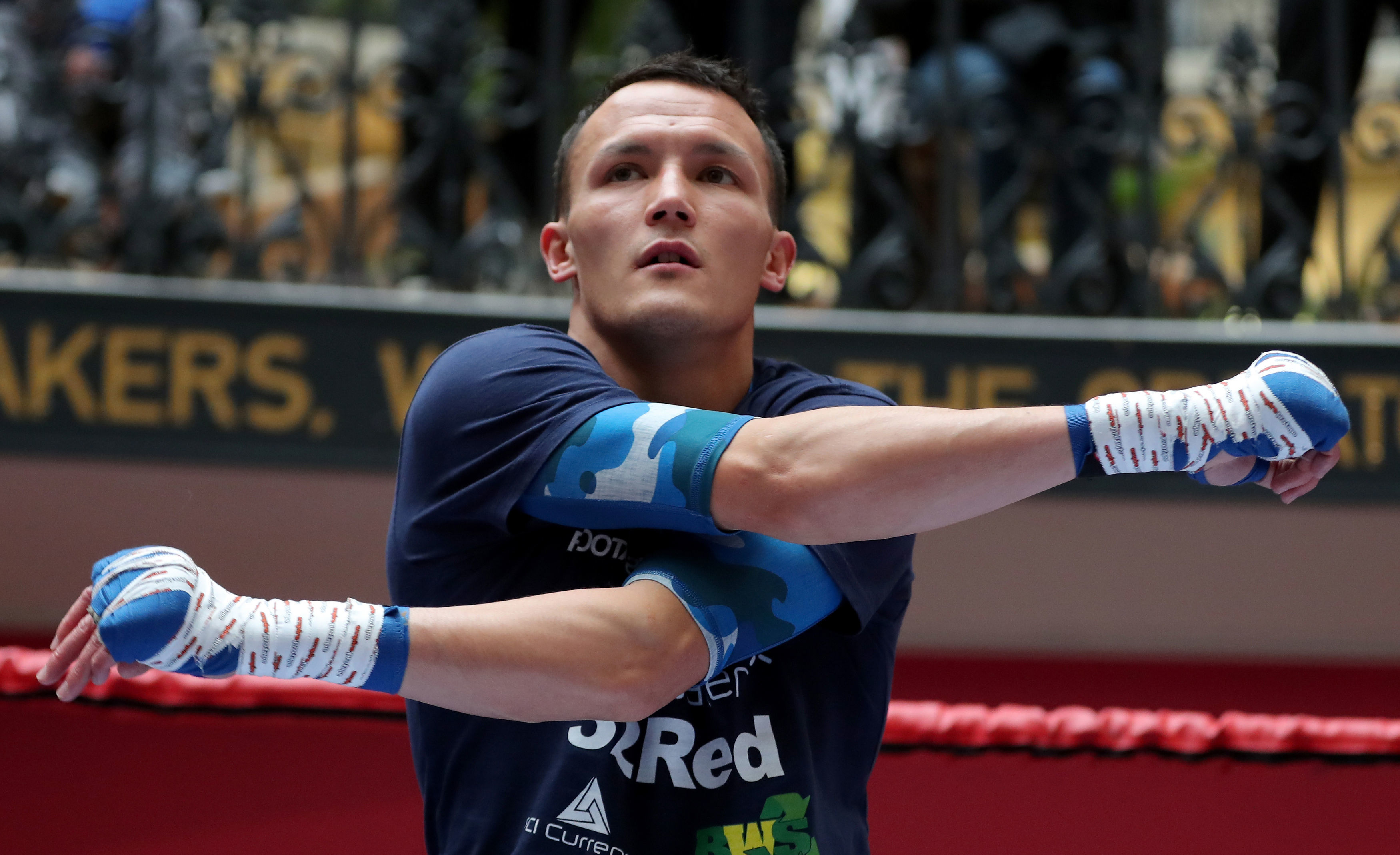 But the 28-year-old father of twin baby girls sends a shiver down the spine when asked about taking on his 30th professional fight this week, almost a decade to the day since his professional bow.

The thousands of rounds of sparring, the sweating down of a broad-shouldered 5ft 7in man to 9st and the risk of long-term brain injury weigh heavily on the brilliant fighter’s mind.

But rather than dodge and parry boxing’s toughest questions, Warrington goes toe-to-toe with them.

Dropping his guard ahead of his defence against Sofiane Takoucht, Warrington said: “I absolutely love this sport but your health is important and I look at my little girls now and I think, ‘I don’t want to start slurring my words’.

“In ten years’ time, I want to be able to remember what happened last week and by the time my girls get to their teenage years I’m not getting f****** getting diagnosed with Alzheimer’s or stuff like that.

“It sounds harsh, but it’s boxing. You’re taking trauma to the head week-in-week-out. When you’re in camp, your sparring two guys, three-times-a-week.

“You’re born with brain cells, but you don’t ever get any brain cells back, you just lose them.

"So I realise how beautiful a sport boxing is and how it can change lives but, at the same time, I know exactly how dangerous it is.”

When Warrington started his career in 2009 at Huddersfield Leisure Centre, all the former dental technician dreamed of was a British title, a fight at Leeds Arena, the deposit for a house and a decent car.

This weekend will be his 10th fight at his local venue and he went one better when he beat the once-brilliant Lee Selby for his world title at his beloved Elland Road last May.

He lives in a beautiful family home, drives a classy 4×4 and could walk away now from the ring and never have to work again.

But the goalposts have moved and he wants to unify the unsettled division and take his legion of die-hard fans to America for an overdue US tour.

He said: "I’d like to retire at the top, that’s why I’m just desperate for these big fights now, I’m not a***d about easy defences because you still have to have hard camps for them.

“I've been getting punched in the head for 21 years. I started boxing at the gym at seven years old, I remember a week later I was sparring.

“It does take its toll on you and as soon as I start dipping, or I reach my new goals, I'll call it a day.

“Retirement scares me but it happens to everyone, you have to fill that void somehow but right now I definitely don’t know f****** how!

“I’ve been able to achieve my dreams and I don’t want to get to a stage where I’m chasing another payday.

“It’s an unforgiving sport and it takes a lot from you. I think when you get to a stage where you’re just doing it for money, then you’re in it for the wrong reasons.”