The Boston Red Sox will give Nathan Eovaldi the ball in Game 6 of the American League Championship Series against the Houston Astros on Friday night.

Boston is one loss away from being eliminated from the postseason while the Astros are one win away from clinching a berth into the World Series. 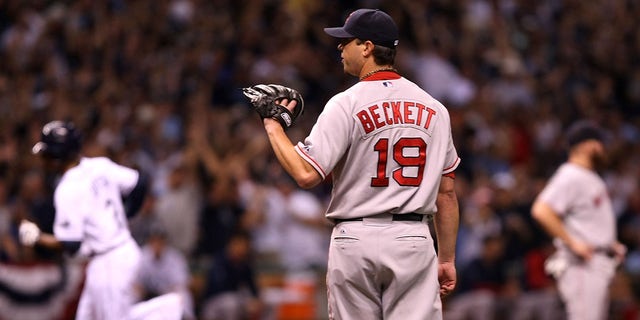 Josh Beckett of the Boston Red Sox reacts after giving up a solo home run to B.J. Upton of the Tampa Bay Rays in the first inning of game six of the American League Championship Series during the 2008 MLB playoffs on Oct. 18, 2008, at Tropicana Field in St Petersburg, Florida.
(Elsa/Getty Images)

“The one I’m most proud is probably the five innings in Tampa. That was my last start of the season, I hated to admit that. But there was no (expletive) way I could do that again, but knew I had to do that to get to the World Series. That was the one I’m most proud of,” Beckett told WEEI radio on Thursday, recalling the crucial start.

“That was the most painful start I ever had. I was throwing sidearm. It hurt so bad when I made a power move over the top. But I could sling the ball up there. My curveball was like 2-to-8. I don’t think I pitched all that bad. I was just trying to do what the starters are trying to do now, get as many outs as they can and here comes the cavalry. And, now the cavalry is good. These bullpens are (expletive) stupid. When I was playing baseball there was like a handful of guys who threw 100 mph. Now there are like 16 handfuls.” 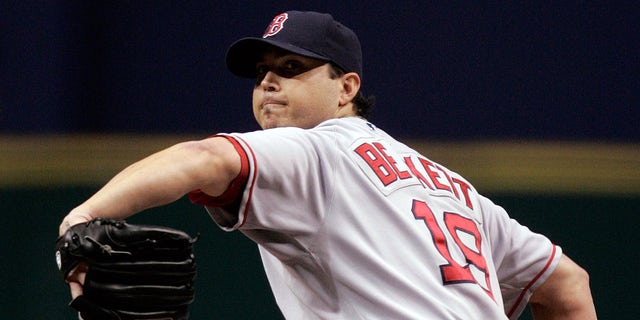 Starting pitcher Josh Beckett of the Boston Red Sox delivers a pitch against the Tampa Bay Rays in game six of the American League Championship Series during the 2008 MLB playoffs on Oct. 18, 2008, at Tropicana Field in St Petersburg, Florida.
(Pool/Getty Images)

Beckett threw 78 pitches in the game after throwing 93 in Game 2 and 106 in the American League Division Series Game 3 against the Los Angeles Angels.

Eovaldi is in a bit of a more unique predicament.

He’s about to make his third appearance for Boston in the ALCS alone. He pitched in 2/3 innings against Houston in Game 4 on two days rest. He allowed four runs on two hits. Boston lost the game and went on to lose Game 5 to get into the hole. He’s made four appearances this postseason but hasn’t thrown more than 85 pitches.

Beckett said the onus will be on the starting pitcher.

“It wasn’t just me but on that specific day it was Josh Beckett and the Red Sox. Yes, other people have to do some things to win the game, but I have to go and make sure I don’t lose the game. …. I watch baseball now and it’s not like watching when I was in the playoffs,” he added.

“You needed your starter to be good every time to win. Now, they will yank him out before they even get a chance. [Ex-Red Sox manager Terry Francona] wasn’t going to take me out. There was a reason I was starting that game and everybody else was in the bullpen. I was hurt in 2008, but he knew I was probably better than a lot of the other options to start the game. Tito is like, ‘You’re giving us our best option.’” 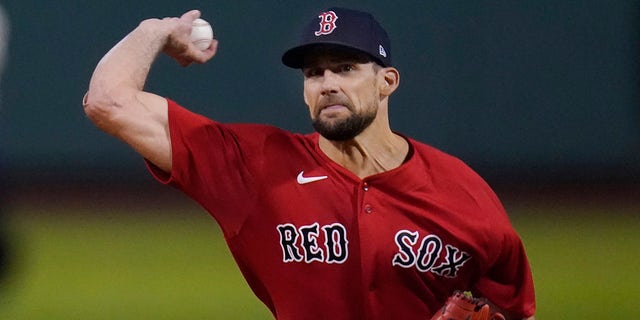 Eovaldi told reporters on Thursday he felt rested after pitching in Game 4.

“I think having the two days in between definitely helps. I took [Wednesday] off. I didn’t really throw. Made sure I was nice and recovered. Just got done playing catch today. I feel great. I don’t think there’s any limitations. My arm feels good, and mentally I’m going to be ready and prepared for this game [Friday],” he said, via MLB.com.