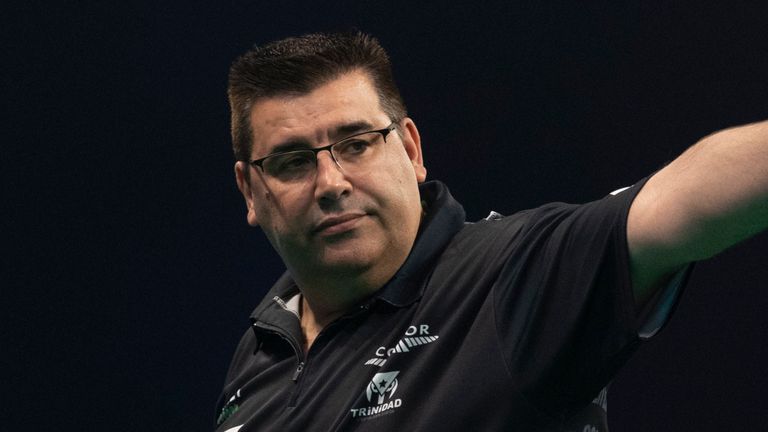 Jose de Sousa made it back-to-back PDC titles with victory at Players Championship 15 in Milton Keynes on Wednesday, defeating Ryan Searle 8-7 in the final at the Marshall Arena.

The Grand Slam of Darts champion survived a match dart from Searle in the final, having produced a 112 average in a 7-2 semi-final success over Rob Cross.

A tight final saw Searle produce a 161 checkout to land the first break of throw for a 5-4 lead, and after De Sousa missed a dart at tops to make it 6-6, Searle looked set to double his ProTour title tally.

However, after De Sousa held throw with a 135 combination for a 12-darter, the next leg saw Searle miss the bullseye for the match, allowing the Portuguese to pin double 10 to take the contest to a deciding leg.

The final leg saw Searle unable to snatch the darts away from De Sousa, as the world number 10, with the advantage of throw, sealed the title with a 102 checkout. 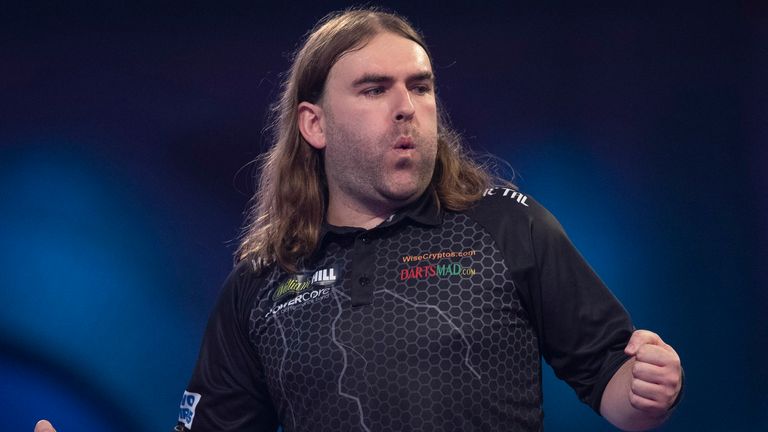 “It feels great to win repeat titles,” De Sousa reflected. “It’s something I didn’t expect at all.

“Ryan played really well but he missed at the end and I punished him. It doesn’t make me happy to do that but that’s the game.

“I wouldn’t say players are scared of me now, but I would say they respect me as a player. I think I deserve that after all my hard work.”

De Sousa, who hit 34 trademark 180s across another impressive day of darts – with Searle’s 18 being the next-highest tally – enjoyed victories over Jonathan Worsley and Rowby-John Rodriguez in the opening two rounds.

The Portuguese No 1 then overcame Kevin Doets and Jeff Smith to reach the quarter-finals, where he avenged his Premier League final loss to Jonny Clayton.

He eclipses the previous best of 32 by Peter Wright.

This man is smashing records at the moment 💪 pic.twitter.com/F7A6EjmZAW

Meanwhile, Searle’s run to the final sees him catapult himself back into the provisional ProTour Order of Merit qualification places for the Betfred World Matchplay.

Searle, who is targeting a Winter Gardens debut in July, took the scalps of Gary Anderson and Joe Cullen en route to the final, but saw his bid for a second PDC ranking title fall just short.

Elsewhere on Day Three, Ian White hit the fourth nine-darter of Super Series 4 in a 6-4 second-round defeat to Ron Meulenkamp.

Adrian Lewis continued his improved form with a first Players Championship quarter-final of the year, while Croatia’s Boris Krcmar reached the last eight for the first time in a ProTour event.

A resurgent Cross scored his first victory over Michael van Gerwen in three years in the quarter-finals, as the Dutchman’s wait for a first title of 2021 goes on.

PDC Super Series 4 concludes on Thursday with Players Championship 16 as players return for a final time this week to compete for a further £75,000 in prize money.