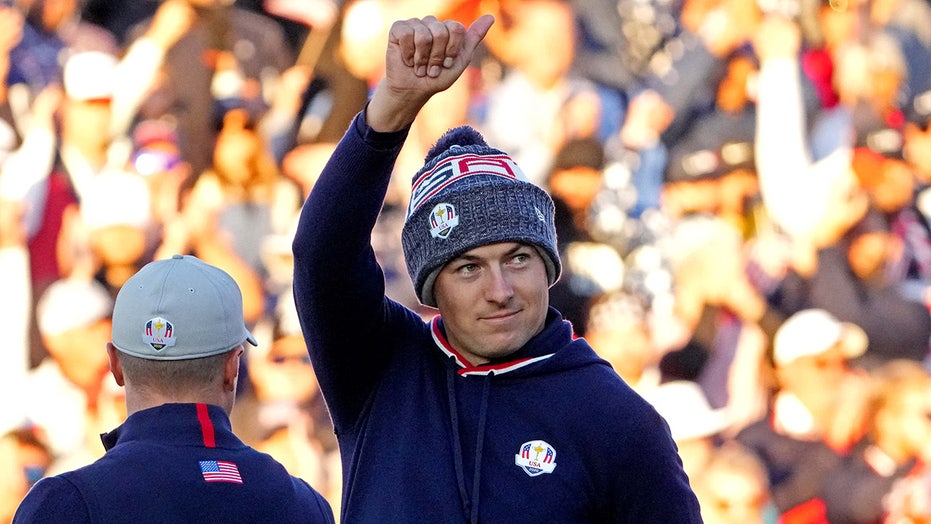 Justin Thomas’ tee shot on the 17th hole of the Ryder Cup was in the rough and down a cliff from the green, and it was up to Jordan Spieth to get onto the green.

Spieth somehow was able to manage to hit a beautiful chip shot on the green and went off balance, and his momentum nearly carried him into Lake Michigan.

The shot set up the U.S. pairing to possibly win the hole and continue onto the 18th hole to salvage a half-point in the first foursome of the Ryder Cup. Unfortunately, Thomas would miss the putt.

The U.S. started strong, tying the first hole and winning the second, but Rahm and Garcia were hot early and stayed hot. The Europeans would win the third and fourth roles and then win the seventh, eighth and 10th holes to help pick up the victory.

Thomas and Spieth only won four of the 17 holes played.

Rahm nailed a great long-range birdie on the fourth hole.

The win was the first for Team Europe in the Ryder Cup. It’s a good start. To win the Ryder Cup, the winning team needs to have at least 14.5 points.