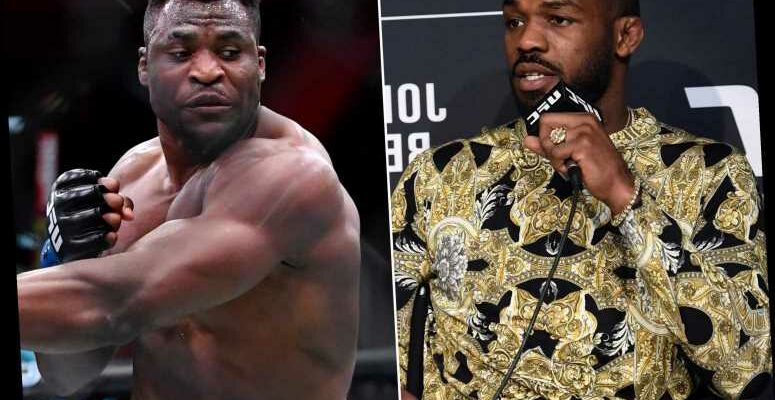 Why UFC underdog can take down champ this time around

UFC heavyweight champ has job to do, will worry about Jon Jones later

Big money is exactly what Jones is seeking, though, before he steps back into the octagon. The 33-year-old, who is moving up from light heavyweight and has not fought in more than a year, went on a Twitter rant after Ngannou’s win that began with one simple request.

“Show me the money,” Jones wrote.

Jones takes issue with people who accuse him of not wanting to fight after he’s added weight specifically to enter the heavyweight division. He said when Conor McGregor wants a lot of money to fight, “it’s expected,” but when he wants the same people think he’s afraid.

“I’ve been working my butt off, gained all this weight. Have never lost a fight before. Now all of a sudden I am scared,” Jones wrote. “What bulls–t.”

Jones continued tweeting Sunday morning, reiterating that he wants to fight Ngannou for the title and is “excited to see what the UFC think it’s worth.”

Ngannou, 34, is prepared for a potential duel with Jones.

“For my opinion, Jon Jones is the greatest of all time for mixed martial arts,” Ngannou said after his win. “… This time, he’s gonna be the challenger. I am the champ. He’s coming up. I’m ready any time.”