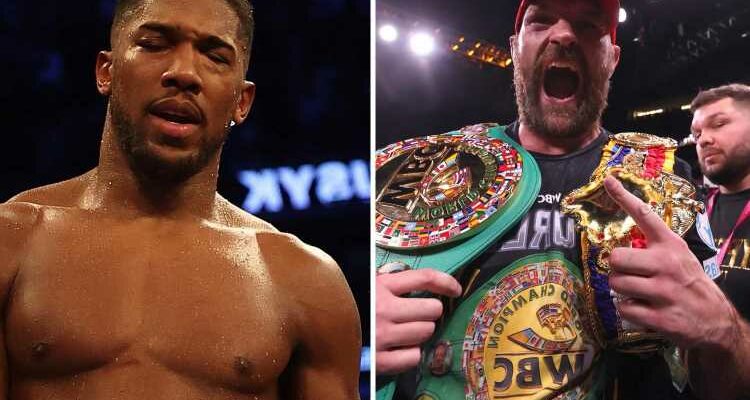 JOHN FURY has urged Anthony Joshua to be trained by his son Tyson ahead of his rematch with Oleksandr Usyk.

The Gypsy King reclaimed his WBC heavyweight title with an 11th round knockout of Deontay Wilder last month, just two weeks after AJ lost a unanimous decision to Oleksandr Usyk. 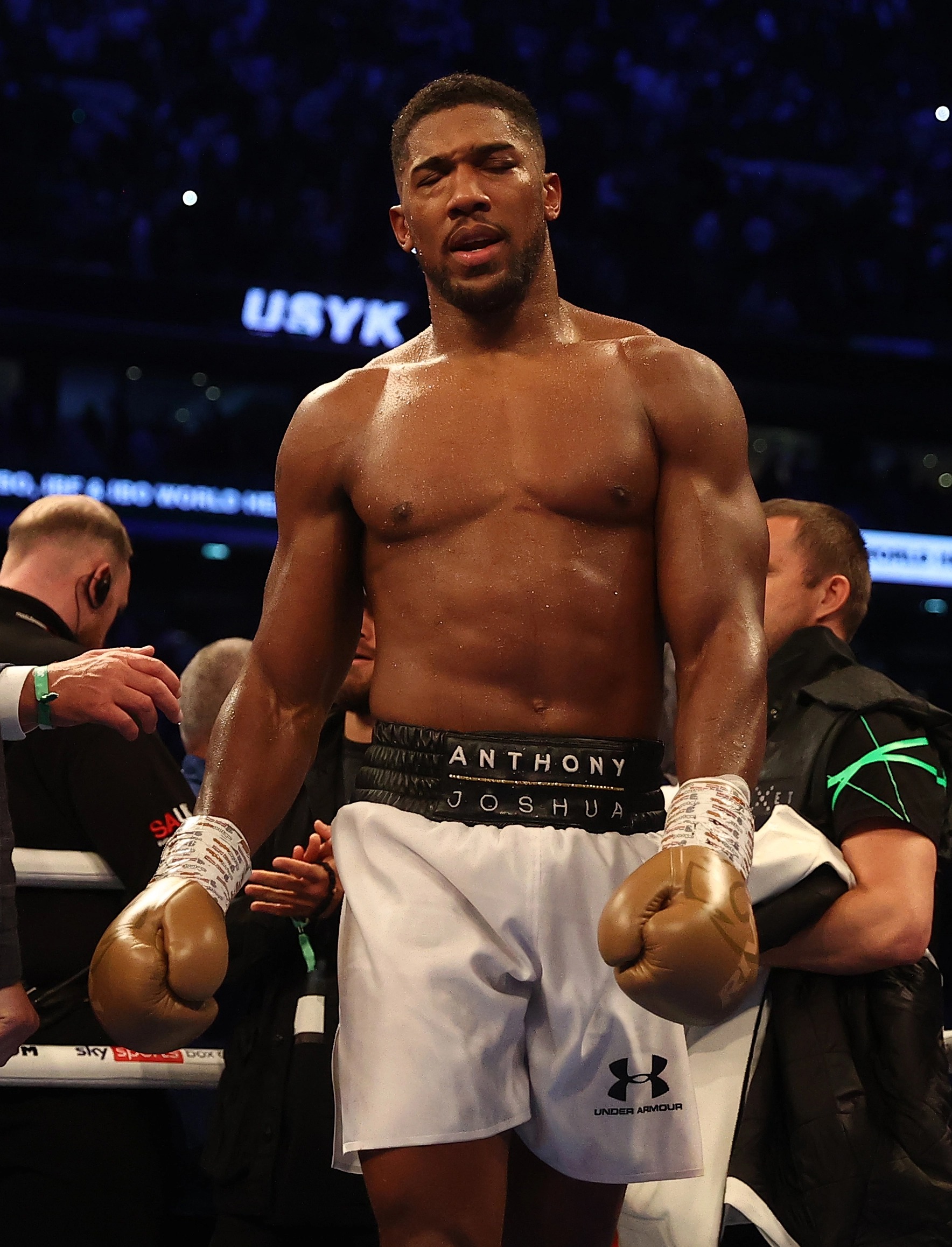 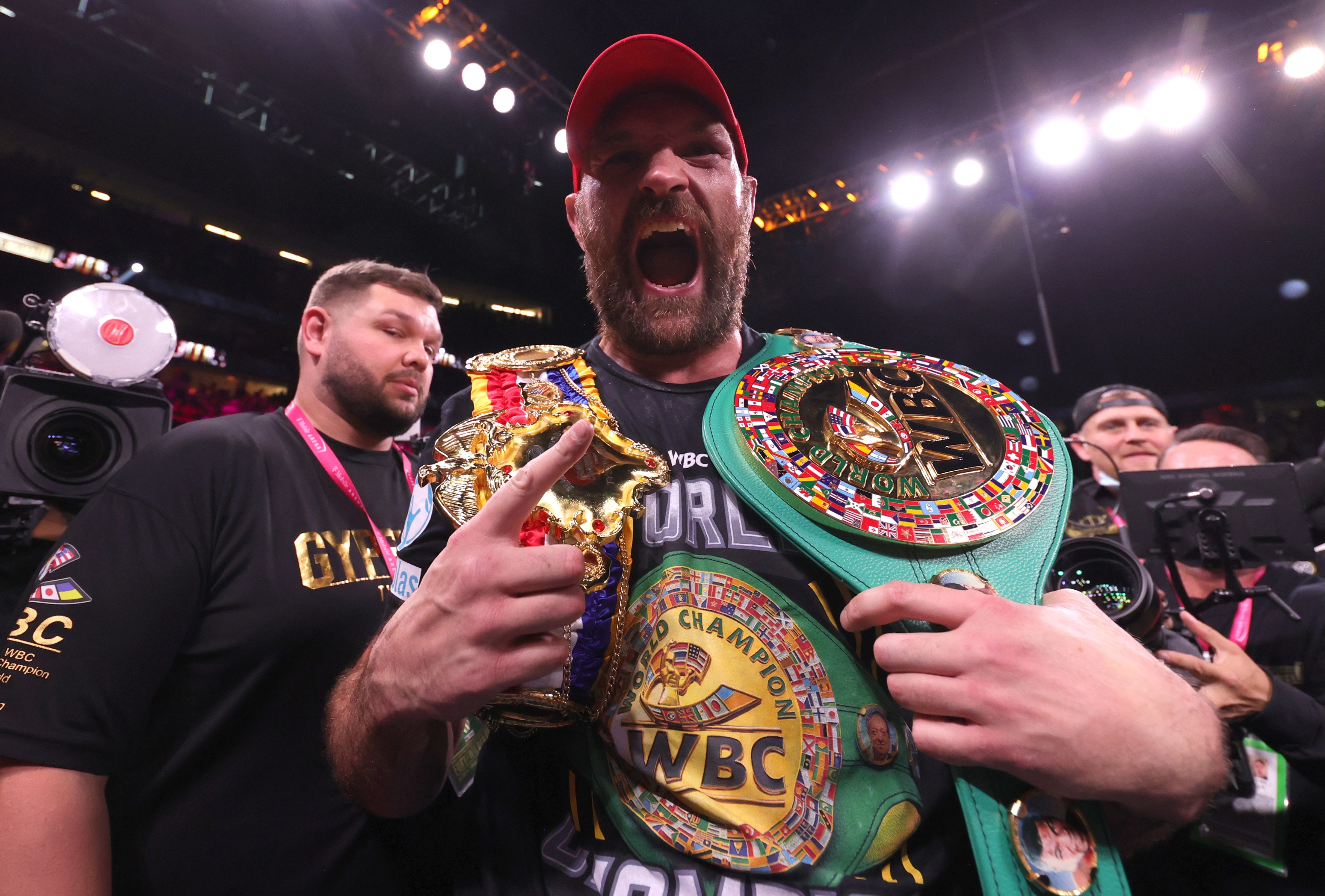 Tyson has subsequently said he will train Joshua for his rematch with the Ukrainian, something AJ has insisted he would be open to.

When asked last month about Tyson's training offer, AJ told iFL TV: "Yeah lovely mate. If he takes no money for it. I don’t know if he’s after a quid or two.

"He’s more than welcome to come through the doors, he can even spar with me as well. I need a coach that’s lived it, breathed it, so it’ll be perfect.

"That’ll be the easiest way to get him in the ring. I’ll set up a camera, Eddie [Hearn] will be there with a few cameras running it on Facebook or YouTube."

And when Tyson's dad John found out Joshua had accepted his son's training offer, he told BT Sport: "Isn't that nice? I'm not joking, that's heart-warming.

"Let me tell you, AJ is a sensible guy, he's a business guy. He's not a fool, he knows where he went wrong. But I'm telling you now, AJ, all those guys in America can't help you. Tyson can help you.

"Why not keep it in Britain? And at the end of the day who knows where it might take them? Tyson could train anybody and they'd be good.

"I do believe that AJ with the right kind of people around him can come back and win, I do. He's a big lad, he's got a good array of boxing skills – I've said it before.

"All he needs is that dog in his belly, that fire and know how to fight. You've got to learn how to dog fight, that's what you've got to do. And those other guys, they can't teach him that."

He then went on to praise Joshua for coming back and beating Ruiz in their rematch after being knocked out in the first fight.

"He's shown he has a resilience to come back and win titles," John added.

"For my money, he isn't looking for the back door [easy way out]. He could have took the back door with Klitschko in the fifth round, he didn't.

"Yes, he got beat up Ruiz but he didn't take the back door did he? He got knocked out, he got stopped on his feet. That was it, he couldn't fight any more. He didn't hit the canvas and stay down, he got up. So he's got something to work with."

He went on to conclude that Tyson can make Joshua a 'different fighter' and refused to rule out AJ getting the better of his son after a camp alongside the WBC champ.

Meanwhile, Tyson looks set to face fellow Brit Dillian Whyte next as he waits for an undisputed clash against the winner of Usyk-Joshua II.

Both heavyweight dust-ups are expected to take place in March/April 2022.