CHELSEA legend Joe Cole has shown that punditry can still be as dangerous as playing after he was spotted nursing an ice pack at Villa Park.

The 39-year-old was providing analysis for Aston Villa's derby clash against West Brom on Sunday where Dean Smith's side earned a 2-2 draw. 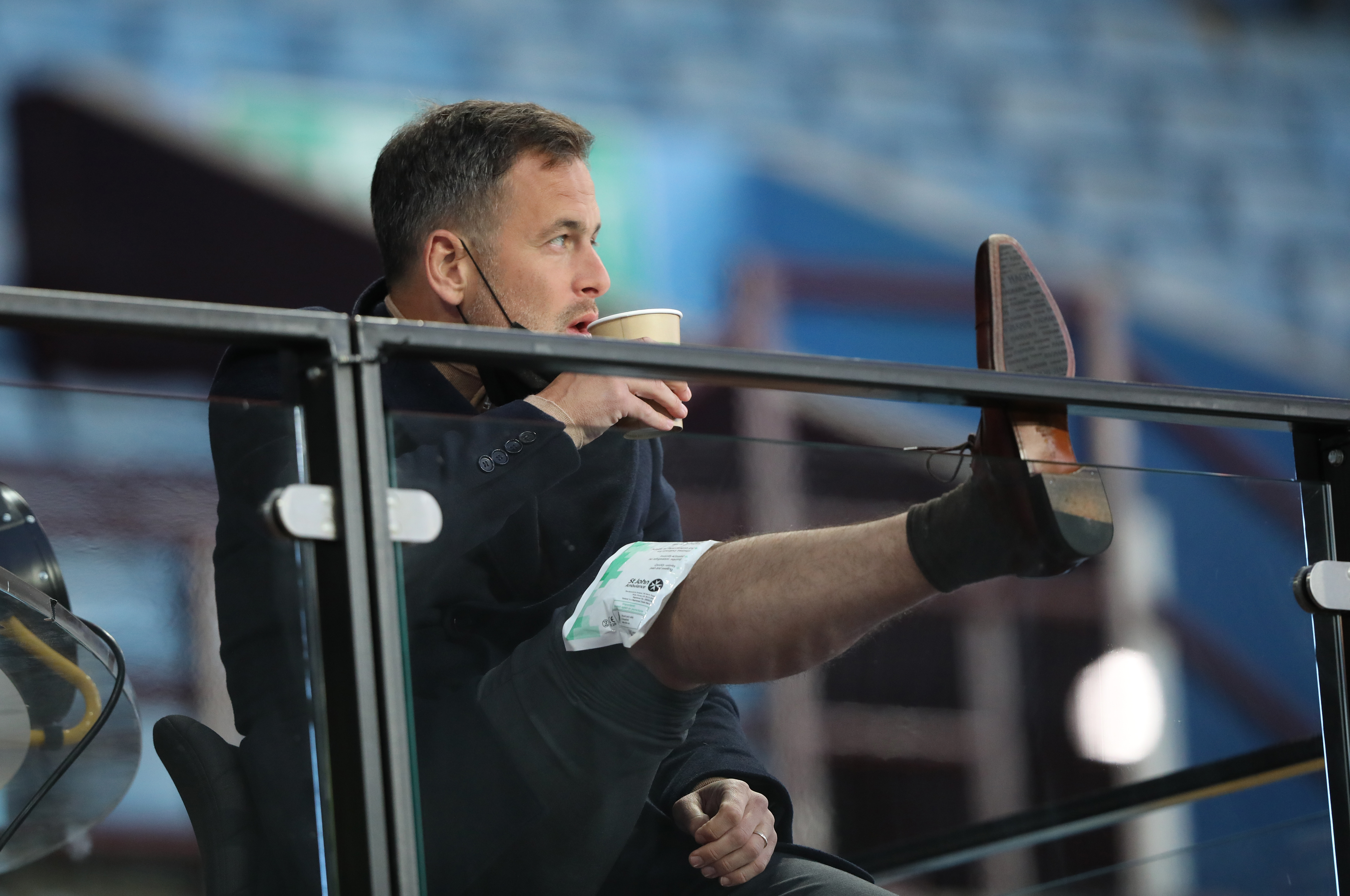 And the former England international was seen with an ice pack on his knee as he watched the two West Midlands clubs compete.

It is unclear whether he picked up the knock outside of the studio or inside the ground.

Cole may have suffered the injury when he rolled back the years after featuring for non-league side Belstone FC earlier this month.

The former Liverpool midfielder – who retired in November 2018 following two years spent in America with the Tampa Bay Rowdies – played the first half in the cup clash.

And he inspired the club to a 2-1 victory after being asked by his friend and manager Aaron Lincoln to play.

Cole recently threw his name in the hat to succeed Aidy Boothroyd as England's new Under-21 boss.

Speaking on JOE Media and Coral's latest All To Play For podcast, he remarked: "I've said before I'm not ready for a role like the England U21s manager.

"But I'm a proud Englishman and playing for my country was the proudest moment of my career, so I would regard any kind of position like that as more of a calling than a job.

"I've got all my badges and I've began on the road and I do feel like that role needs a younger coach who can get the best out of the players.

"I did a year with the Chelsea academy and I learned so much.

"When I started, they had me give a presentation to all the players and coaches on three managers that I had worked with before.

"For a forty minute talk, I spent two weeks preparing everything.

"I've loved being involved in that side of things, loved the year I did and I feel I learned so much that will help me in the future."