A Big Bash game on Christmas Day is looming as early as next year.

Ticket sales for the historic Christmas Eve Sydney derby at Spotless Stadium have been sluggish at best, but that has not ruined the festive spirit of Sydney Thunder boss Lee Germon, who can see the December 25 fixture taking place in 2019.

Playing sport on Christmas Day is not uncommon in the US, where thousands of fans watch the NBA in stadiums and on TV, but has never been seriously explored Down Under. 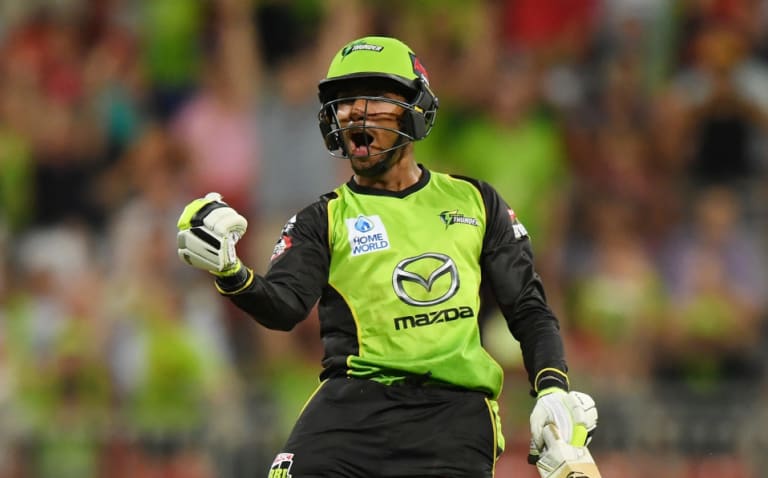 After Big Bash boss Kim McConnie told smh.com.au last week about her hopes of pushing ahead with a game on Christmas Day in coming years, Germon would not be surprised if it arrived in just 12 months.

Germon said Christmas Day had more appeal than Christmas Eve given young fans had to race home in time for Santa.

While about 10,000 fans are expected at Spotless Stadium – less than half the official attendance of 21,589 who watched a final-ball thriller between the two Sydney franchises at the venue last season – TV ratings are expected to potentially set new records.

Seven is entitled to bank on anywhere between 1.5 million to 2 million viewers for the derby.

There will be plenty of debate about whether sport and Christmas Day should mix.

"When Christmas Eve was scheduled for us we knew it might be a challenge to get people there," Germon said.

"It's good for us in terms of people watching the Thunder, and it's good for our commercial partners to be watched by record numbers hopefully on TV as well.

"It made sense to be at Spotless rather than the SCG because of the capacity, and a lower crowd at Spotless still looks good.

"On Christmas Eve parents want to get home and get the kids home because Santa is coming. On Christmas Day you can spend the day with family and then look to do something that night. It's definitely worth a go, and we're willing to give it a go.

"We don't want to alienate our fans at all, we want to listen to our fans, but with a full home-and-away schedule, we've got another six games at home within our region."

Pressed on when the Christmas Day fixture could become a reality, Germon said: "As soon as next season. Certainly within the next two to three seasons."

McConnie said it was no secret there had been talks about Christmas with the players and Australian Cricketers' Association.

"I think it will happen, and whether it happens next year, time will tell," McConnie said.

"It's probably unlikely, but I would love in the next three to four years cricket played on Christmas Day. We get a lot of comment from fans asking for it."

"I usually spend it watching Elf, so it's good people can now watch some Big Bash," Sangha said.