The former middleweight champion outsmarted Cannonier over three rounds in the UFC 254 co-headliner. 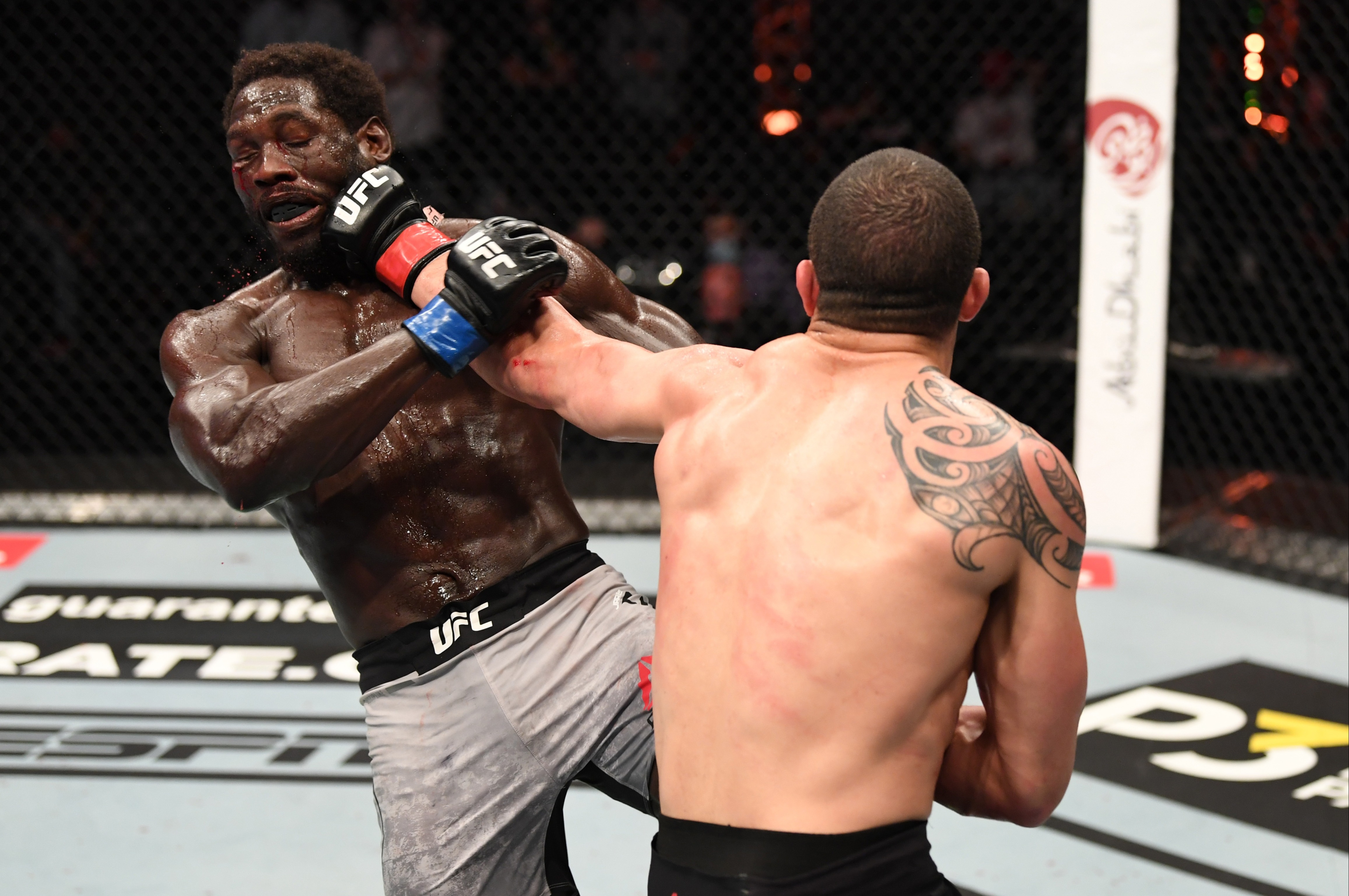 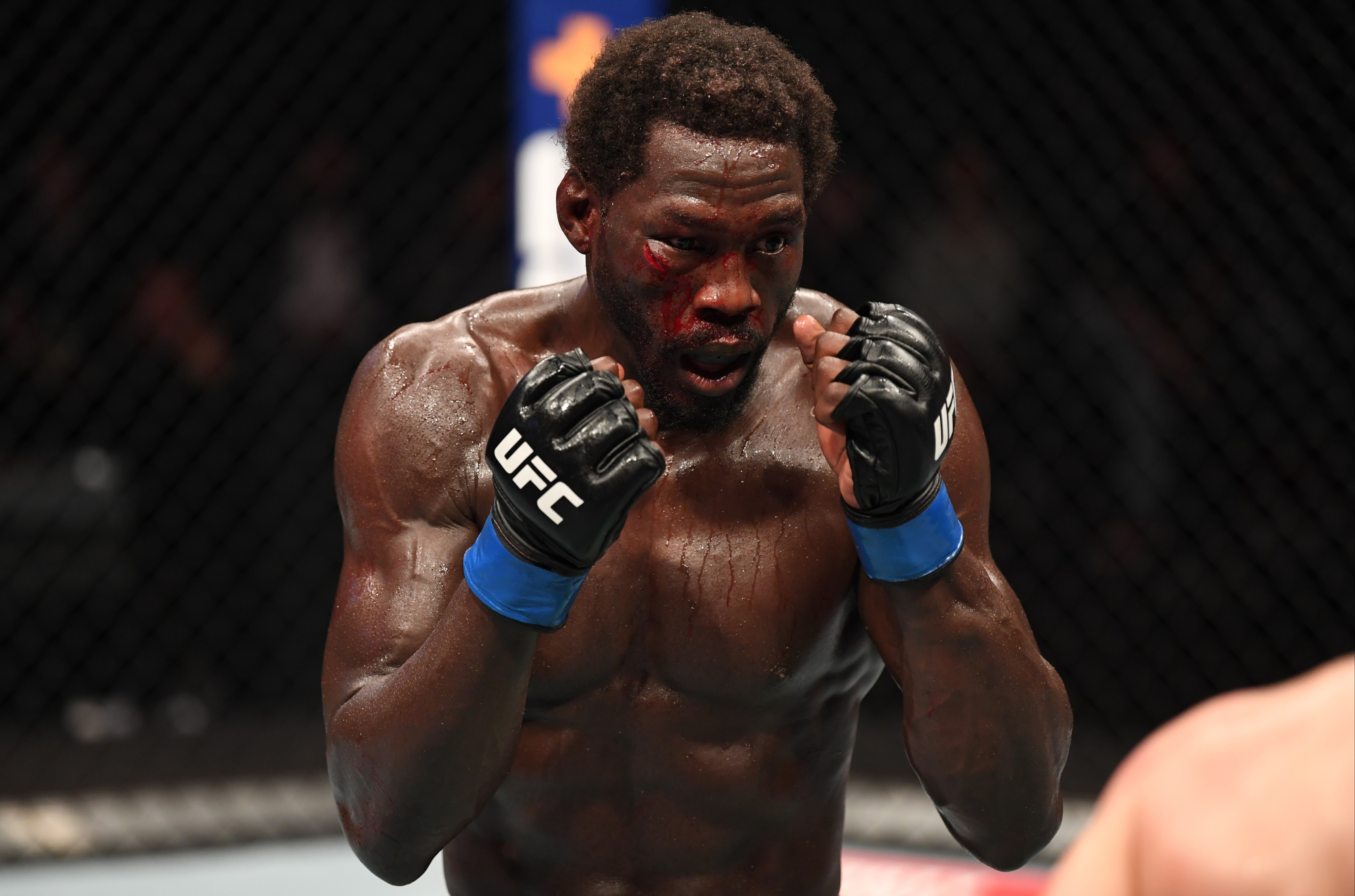 Whittaker, who lost the belt to Israel Adesanya last year, got the judges verdict – his second on Fight Island.

He let out a huge war cry after the win, and said: “He was tough, really tough.

“I'm just happy with the win, after my fight in July, me and my team just wanted to get back in there.

“And I got a nice and classy win.

“Happy to get the win. I'm going straight home to for Christmas.”

The opening round started as a cagey affair between the pair, with Cannonier happy to stand and trade with the Aussie.

Whittaker found home to an early right hand and was able to control the distance with his low-held jab.

Cannonier switched between stances and looked to be making his own marker with leg kicks as the first round came to a close. 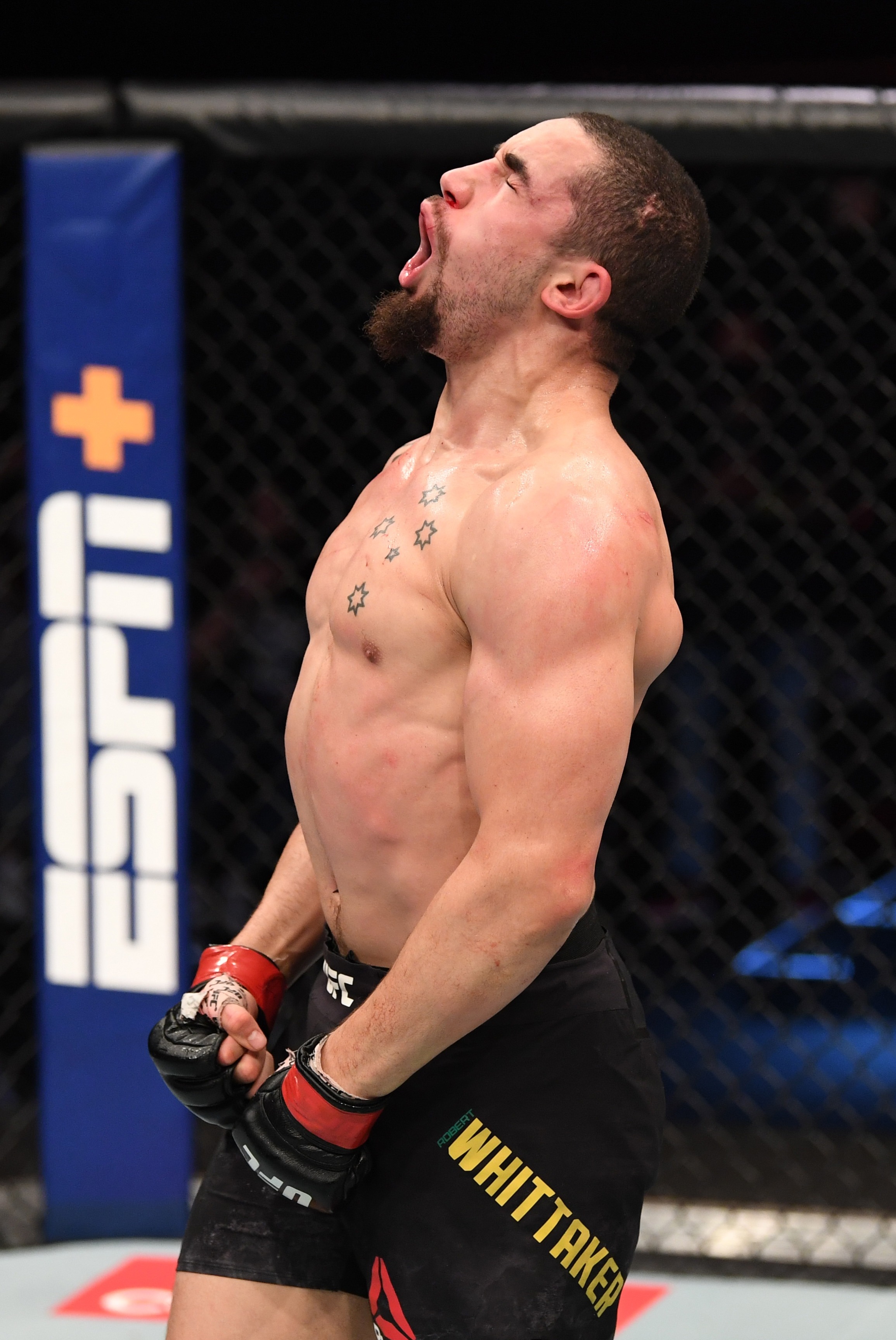 In the second, Whittaker's jab proved the decider, as it set him up to land the right hand behind it.

Towards the end of the session, Cannonier was troubled with two combinations, leaving him with it all to do in the third and final round.

Whittaker came out for the last five minutes intent on keeping up the momentum, outboxing his man at range.

But after throwing a one-two, he followed up with a head kick which rocked Cannonier.

Cannonier was left stumbling backwards and eventually hit the canvas, where he held on for dear life.

He was able to make it to his feet, and even landed a combination to momentarily rock Whittaker.

But the former middleweight ruler used all his experience and grabbed hold, to see himself safely survive the onslaught.

All three judges scored the bout 29-28 in favour of Whittaker, to put him back in title contention.

The Sydney striker beat Darren Till in Abu Dhabi in July, and will eye another shot at the title.

Adesanya promised to face Cannonier if the American had won, but could instead focus on a grudge match with Jon Jones. 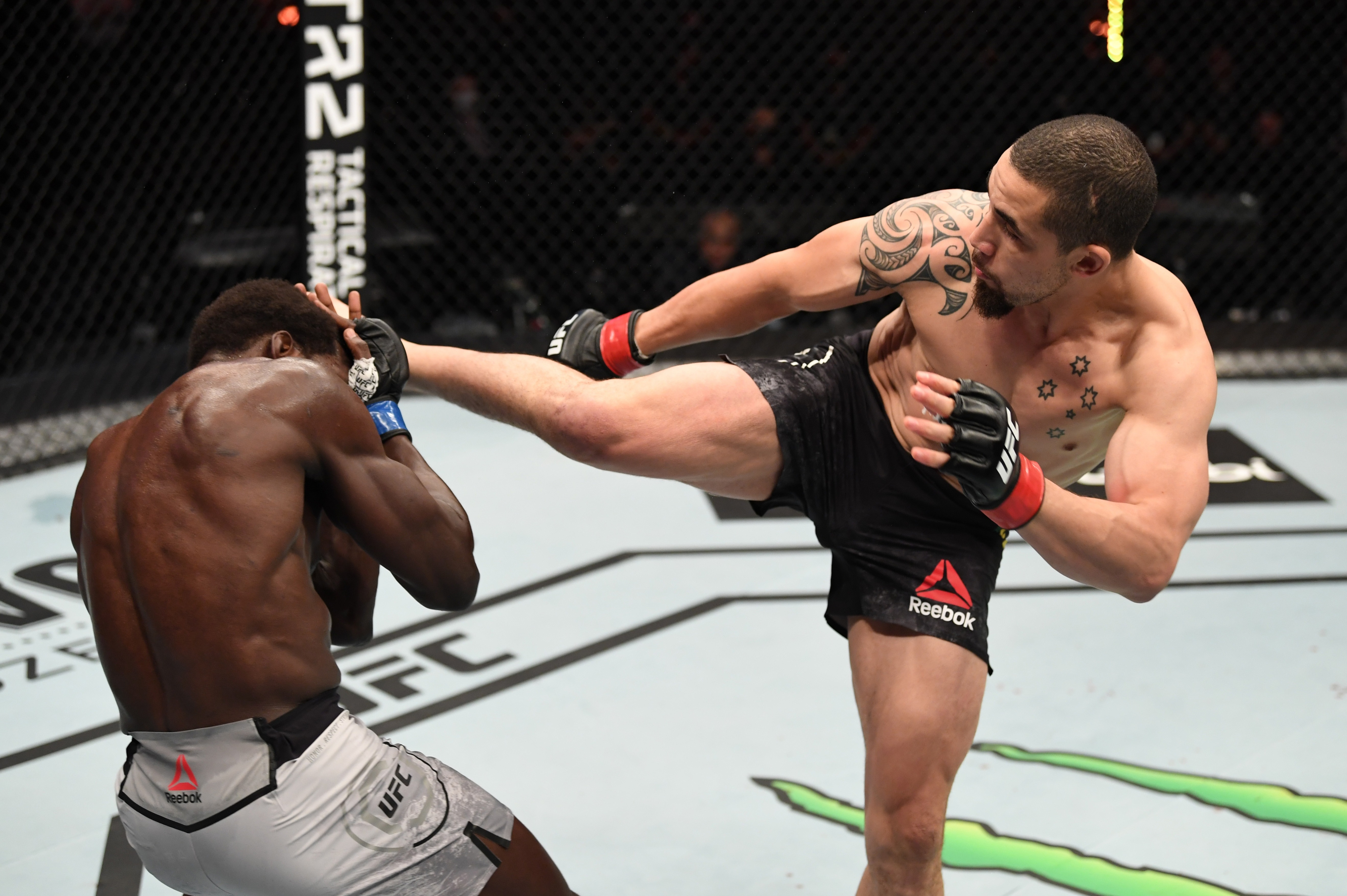 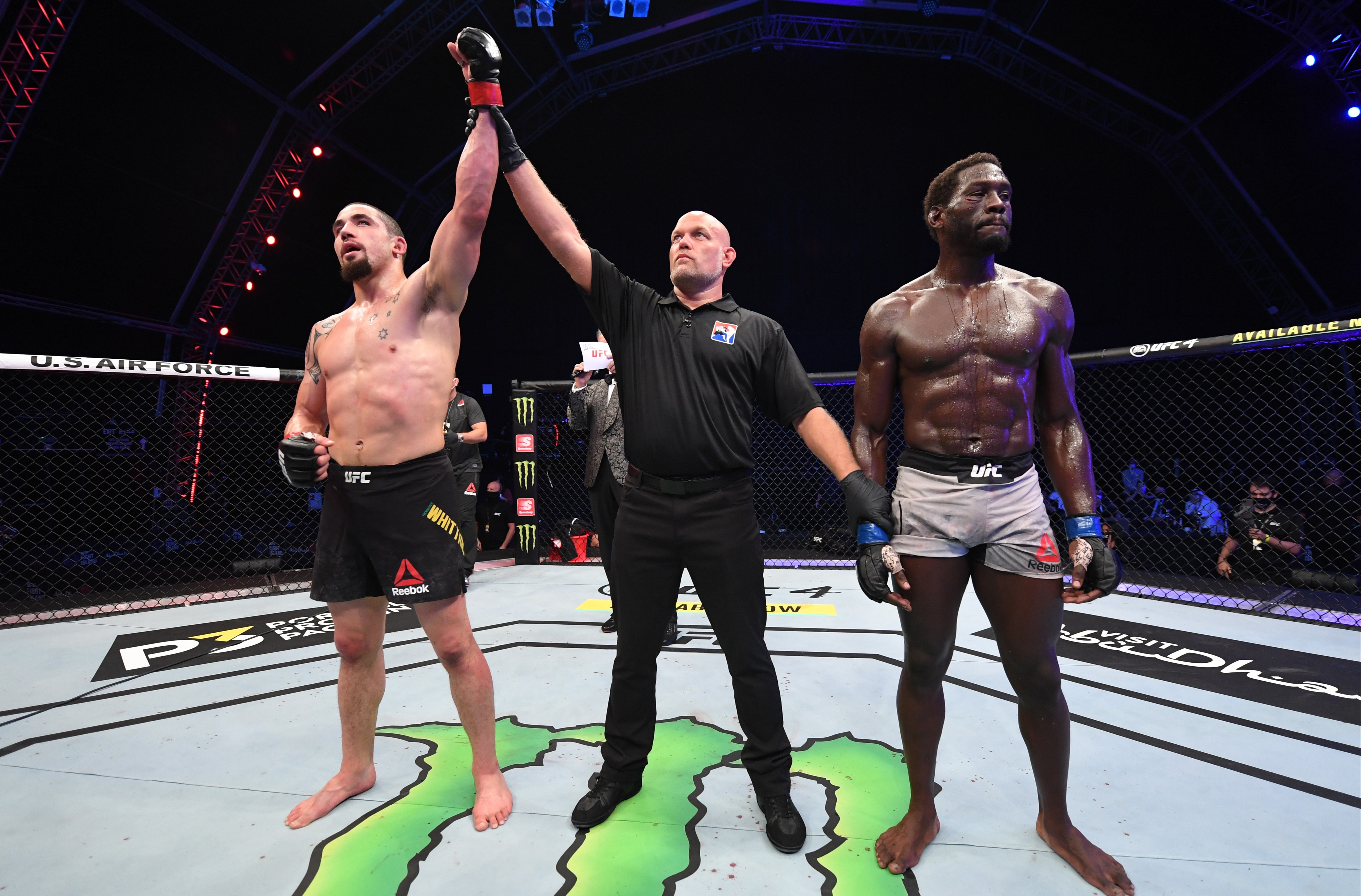