Otherwise the he looked like going through the whole game without allowing a Geelong-Korea hitter to get on base. 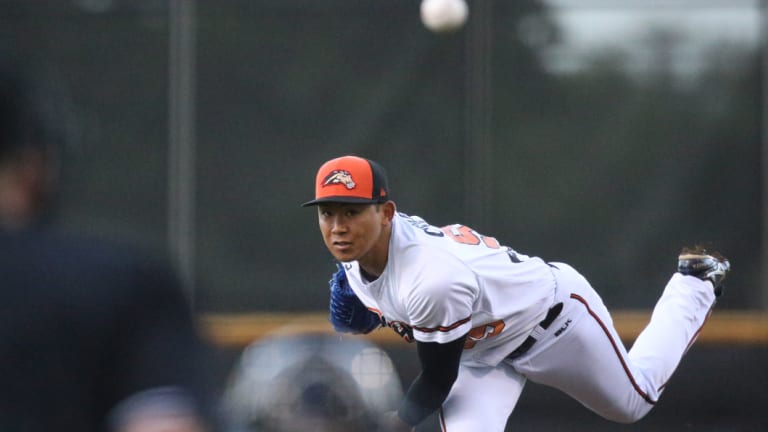 His work laid the foundation for the Cavalry's 6-0 victory at Narrabundah Ballpark on Saturday.

They head into the fourth-and-final game of the series on Sunday with the chance of a clean sweep over Geelong-Korea.

Imanaga has been sensational in his stint in the ABL, with the Yokohama DeNA Baystars pitcher having an earned-run average of just 0.62 from his five games.

He has just one more outing left for the Cavalry before he returns home to Japan.

His penultimate pitching effort allowed no hits, no walks and struck out seven in another emphatic display.

"He's been dynamite all year … what can you say? Six perfect innings, it's a shame he didn't want to go out there a little bit longer," Cavalry manager Keith Ward said.

"But the guy's out here to work on something, he's been sticking to his plan of giving us six innings every week and he's been giving it to us."

Baystars teammate Yuki Kuniyoshi came out of the bullpen to give up Geelong-Korea's only hit of the game as he and Kyle Kinman closed out the win.

Ward said they had several options to cover Imanaga when he goes.

Kinman was one of those. A niggling elbow problem has led to them managing his workload throughout the first half of the season, but he could be someone that steps up into a starting role.

Josh Warner was another that could join the other three starters of Steve Kent, Frank Gailey and Steve Chambers.

Cavalry first-base Boss Moanaroa put the home side in control of the game early with his solo home run.

While that run was the margin for a majority of the game, it always looked like the Cavalry were in control.

Moanaroa helped add to it when he brought home Zach Wilson in the sixth and then a Kyle Perkins line drive sent David Kandilas across home plate.

The Cavalry piled on three more runs in the seventh to double the lead and wrap up the win.

Ward felt the hitters had started to find their rhythm last weekend against the Adelaide Bite, but the South Australian conditions hadn't been conducive to turning that into runs.

"The benefit for us tonight was obviously scoring some crooked numbers, giving us a little bit of padding and then running away with it in the end," he said.

"I thought we swung the bats better last week despite the scoreline … last week we started to turn the corner offensively."