JADON SANCHO'S Manchester United transfer appears to have been confirmed – by none other than Marcus Rashford.

The Borussia Dortmund winger, 21, is the Red Devils' No1 target this summer. 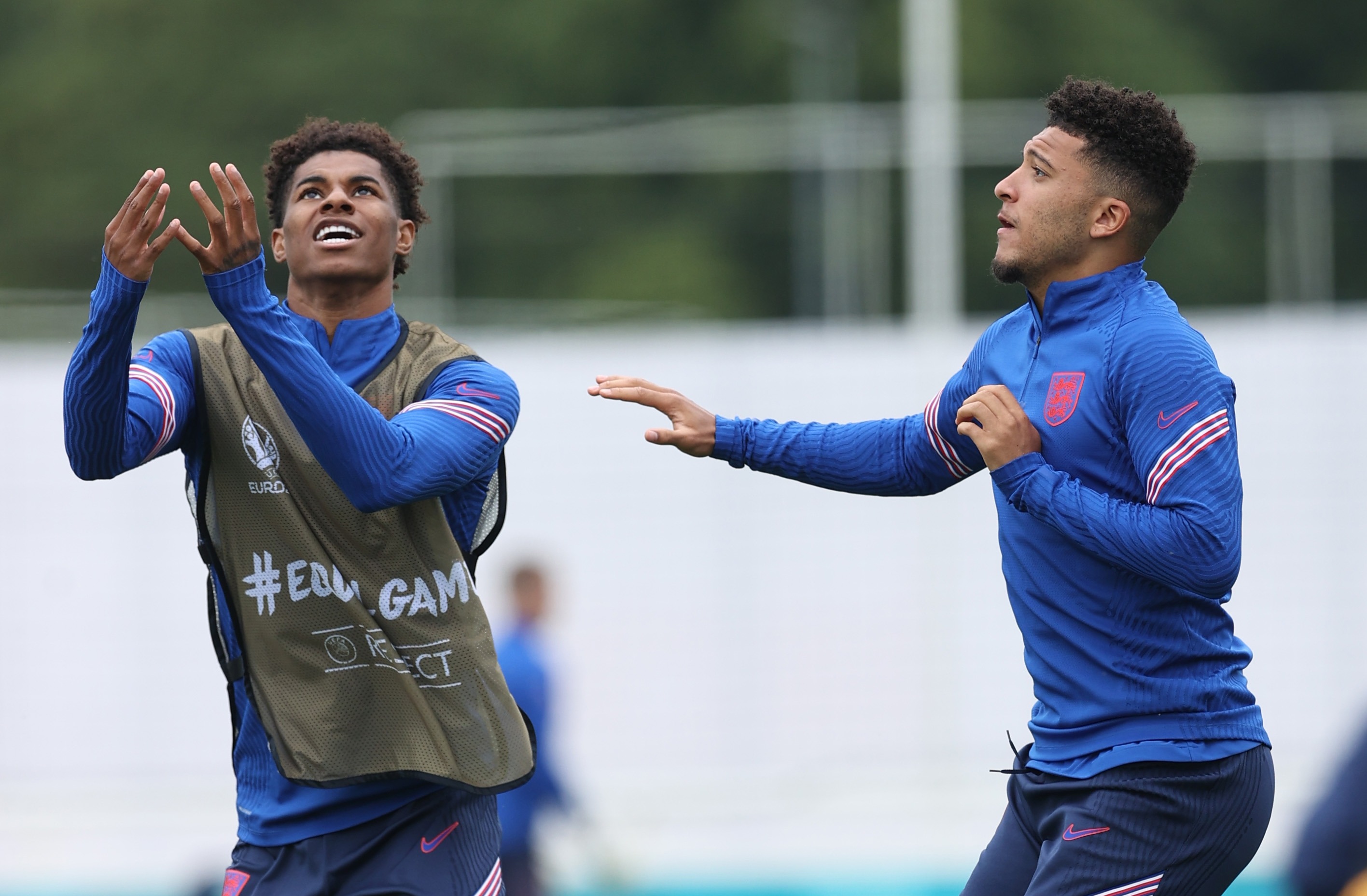 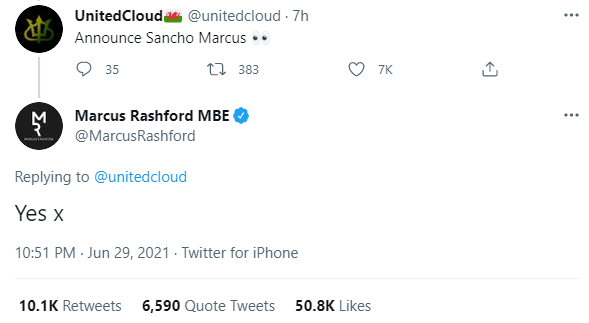 And with the two clubs edging closer and closer to a deal, Rashford's cryptic tweet suggested it is already done.

The United forward – currently with Sancho at the Euros – was asked by a fan account to 'announce Sancho Marcus'.

And he simply replied: "Yes x."

Unsurprisingly, the post sent excited supporters into a frenzy on social media.

One said: "Crying, is this how we're announcing the Sancho deal?"

Another commented: "No way after 2 years of waiting this is how it's announced LOOOOOOOOL."

And a third replied: "I love how he hasn’t deleted it."

Liz wrote: "This one will be deleted in a hot second. Top man. Can you announce Grealish to City as well @sterling7, while you're both in the mood?"

Rashford's tweet was sent at 10.51pm last night, just hours after England booked their spot in the quarter-finals of Euro 2020.

Both Rashford and Sancho were unused subs in the famous 2-0 win over Germany at Wembley.

It is understood a £77.5m transfer is on the brink of being confirmed.

A third official bid from Old Trafford has reportedly been accepted by Dortmund for the wide man.

All that is left for the two sides to agree is any potential add-ons and instalments of the fee but that is not thought to be an issue.

As revealed by SunSport, Sancho is closing in on a five-year deal worth £350,000 per week at Old Trafford.

That will see his wages more than trebled from the £100,000-a-week deal he is on at the Westfalenstadion and make him the second-highest earner in Ole Gunnar Solskjaer's squad.

United's path to Sancho was made easier after Dortmund were given the green light to sign Donyell Malen as his replacement. 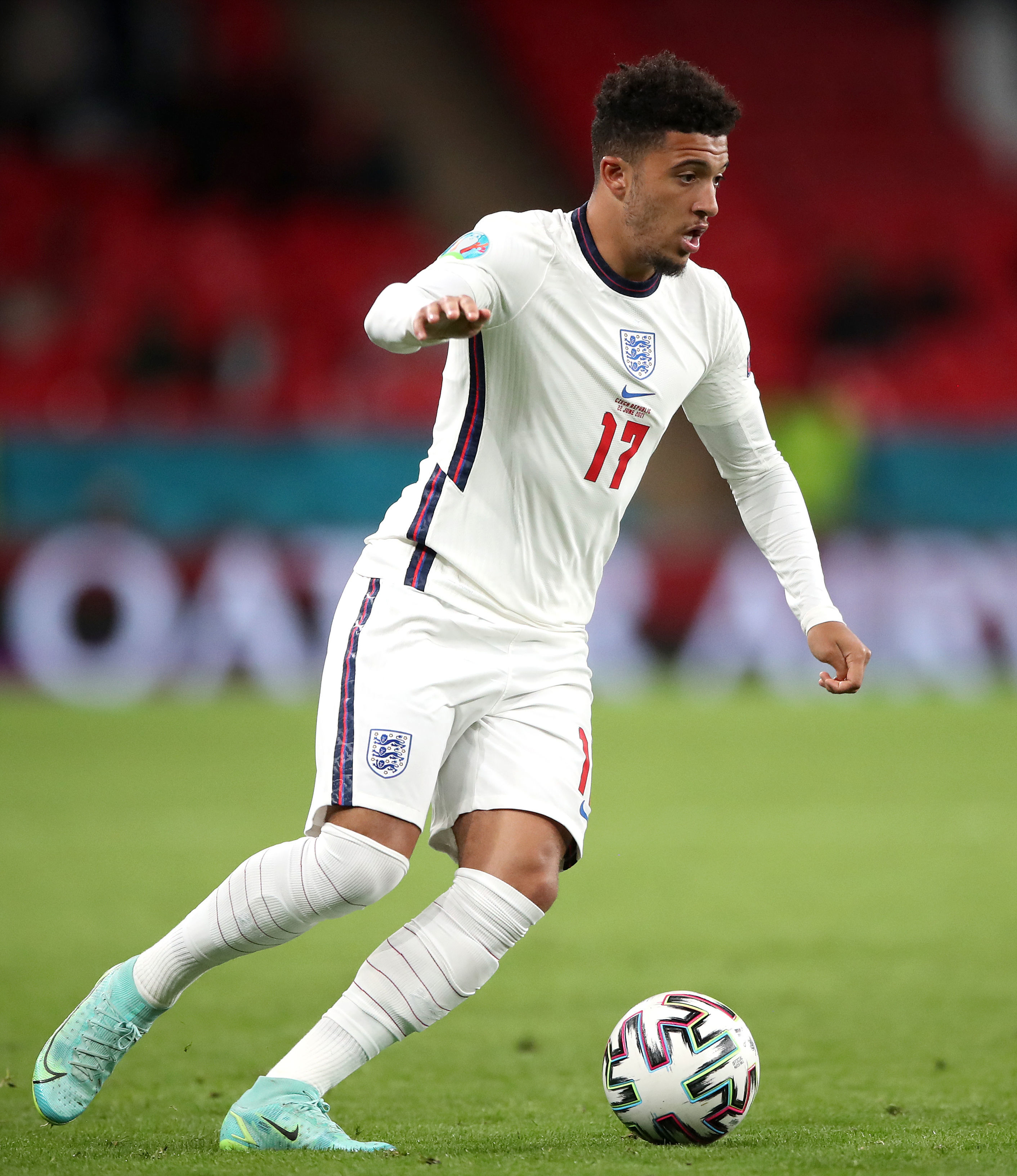