JADON SANCHO looked to be enjoying himself on a yacht off the coast of Ibiza alongside a mystery woman this weekend.

The Borussia Dortmund ace, 20, took a well-earned break from all the transfer talk on the island – and looked to be having a ball with a group of pals. 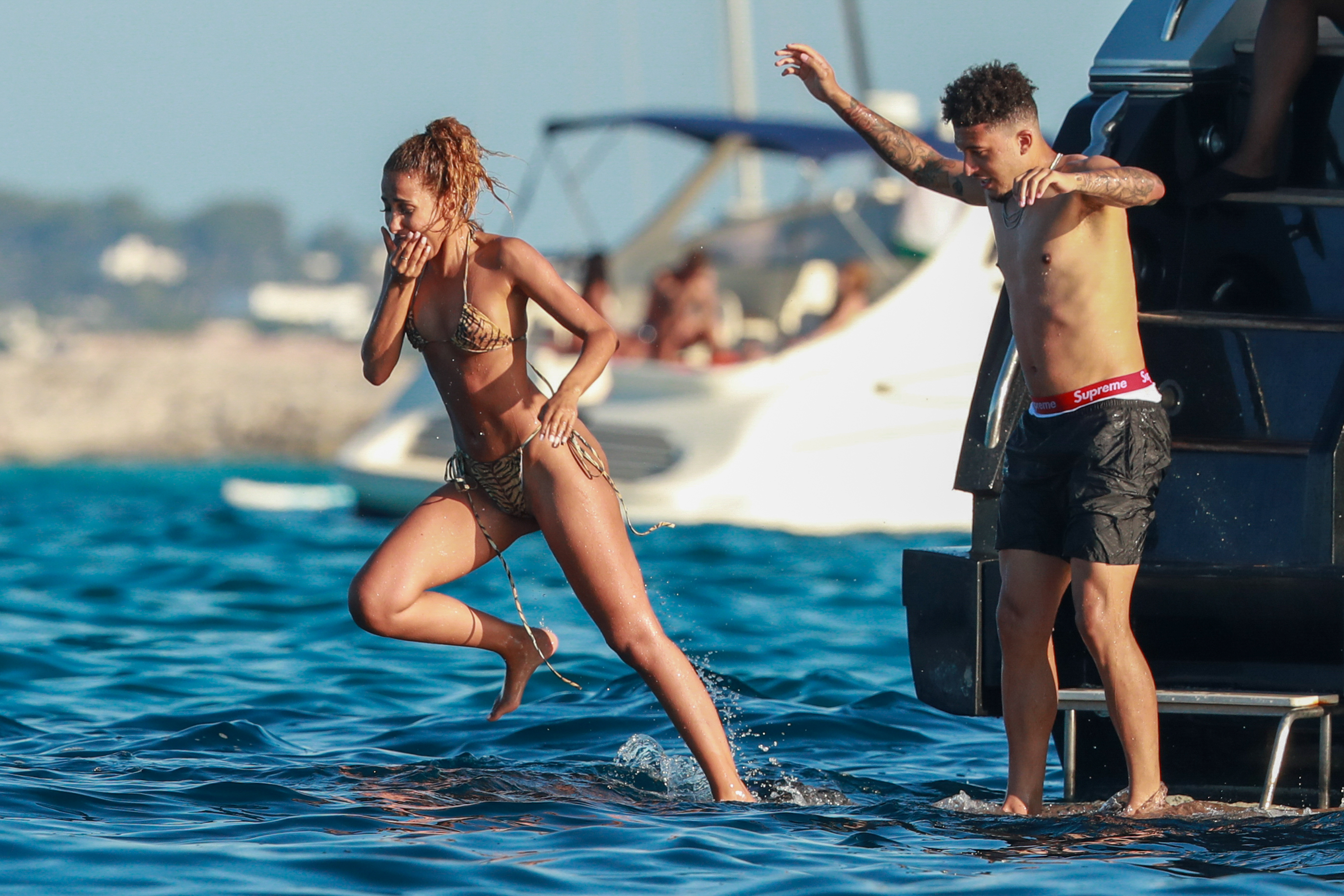 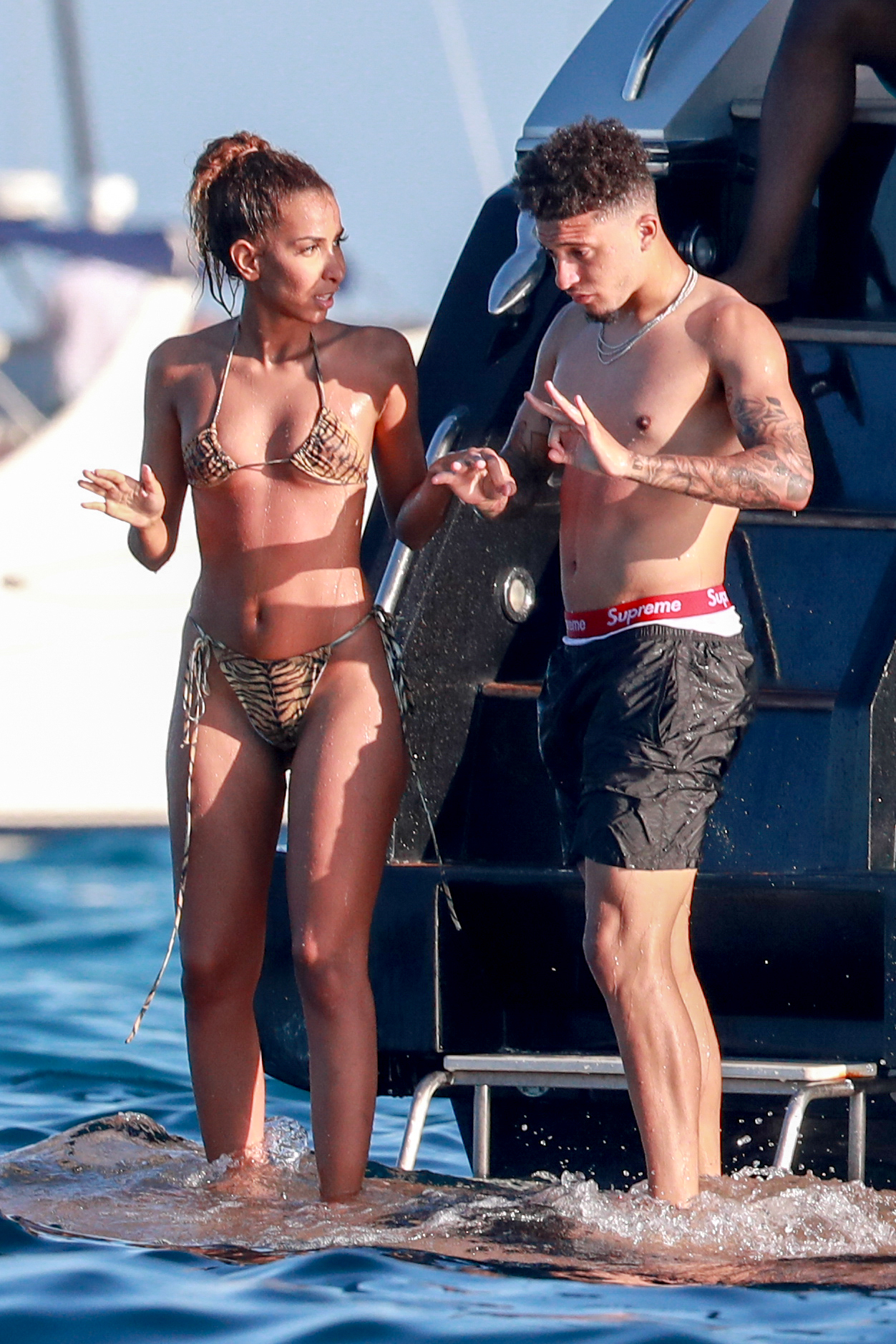 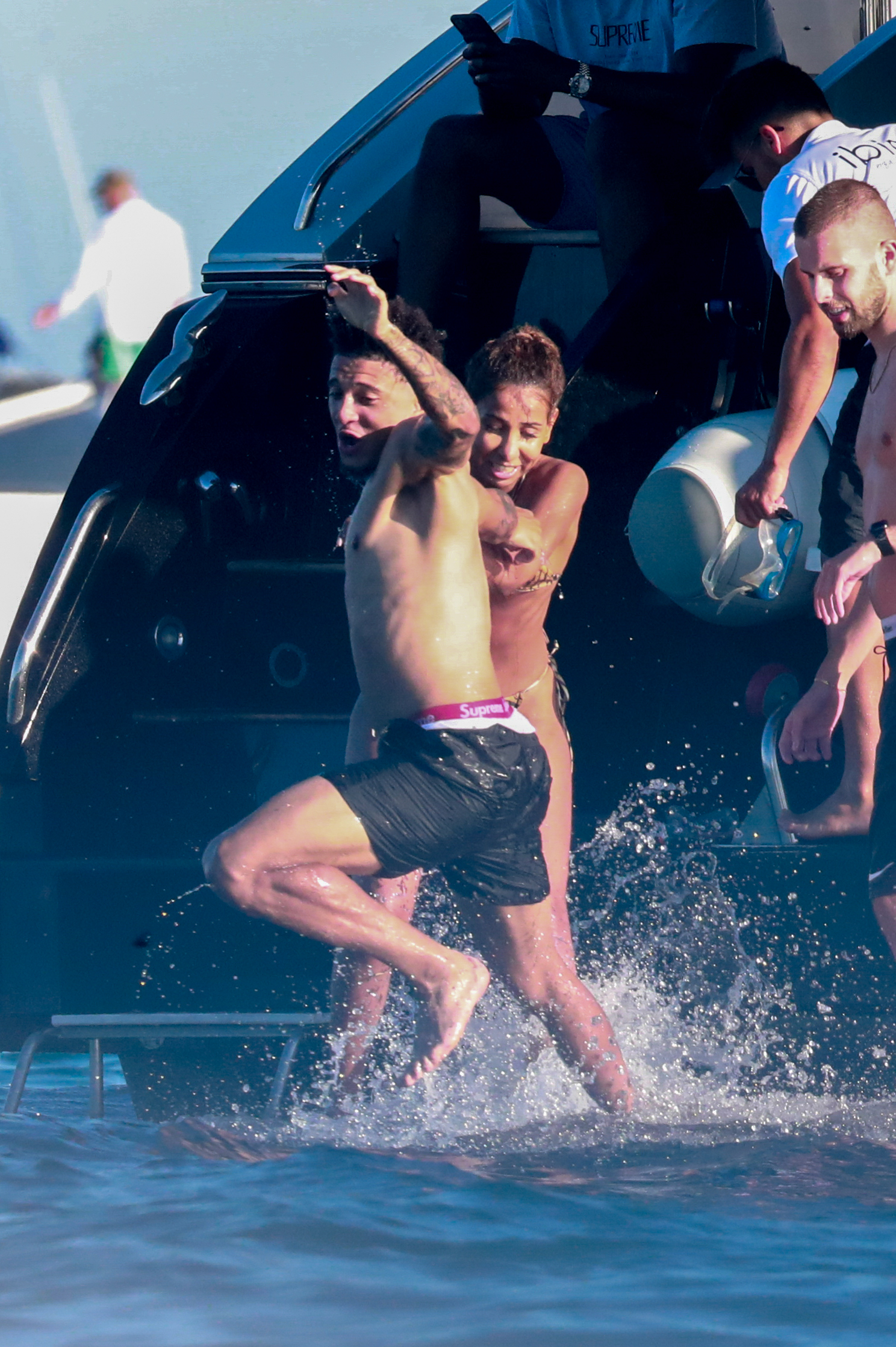 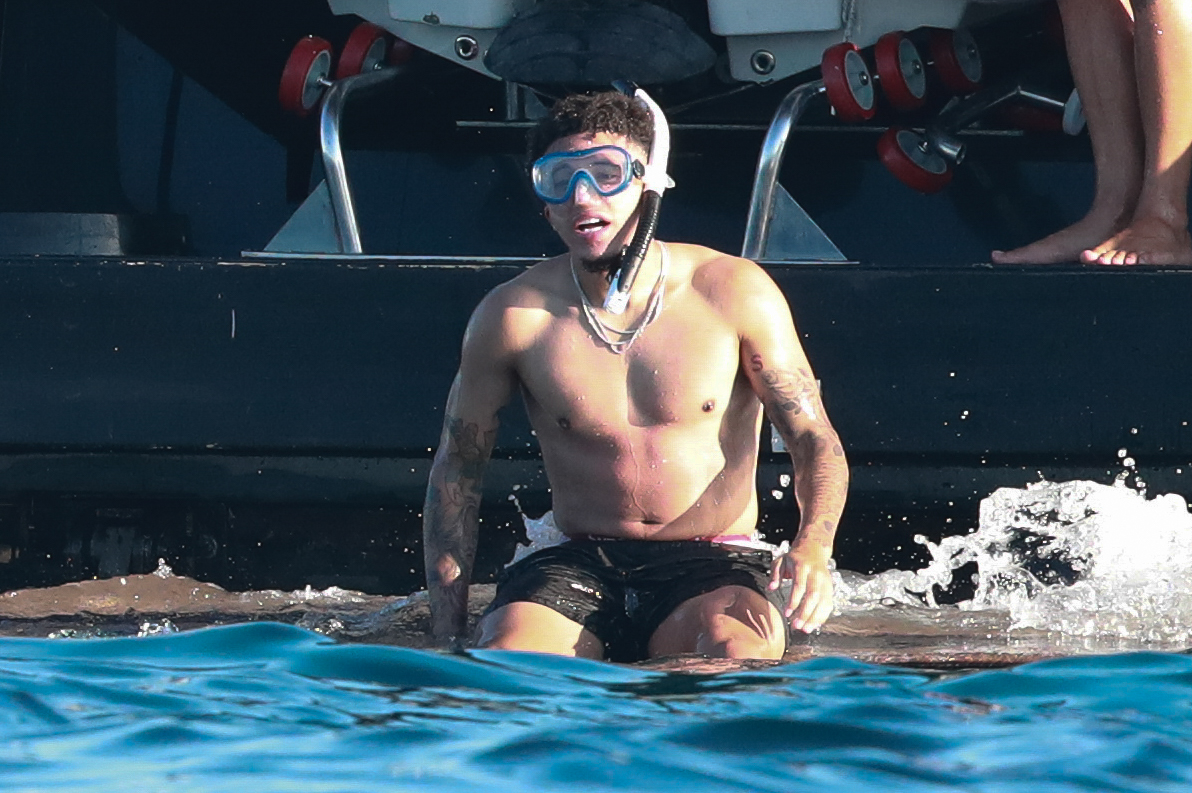 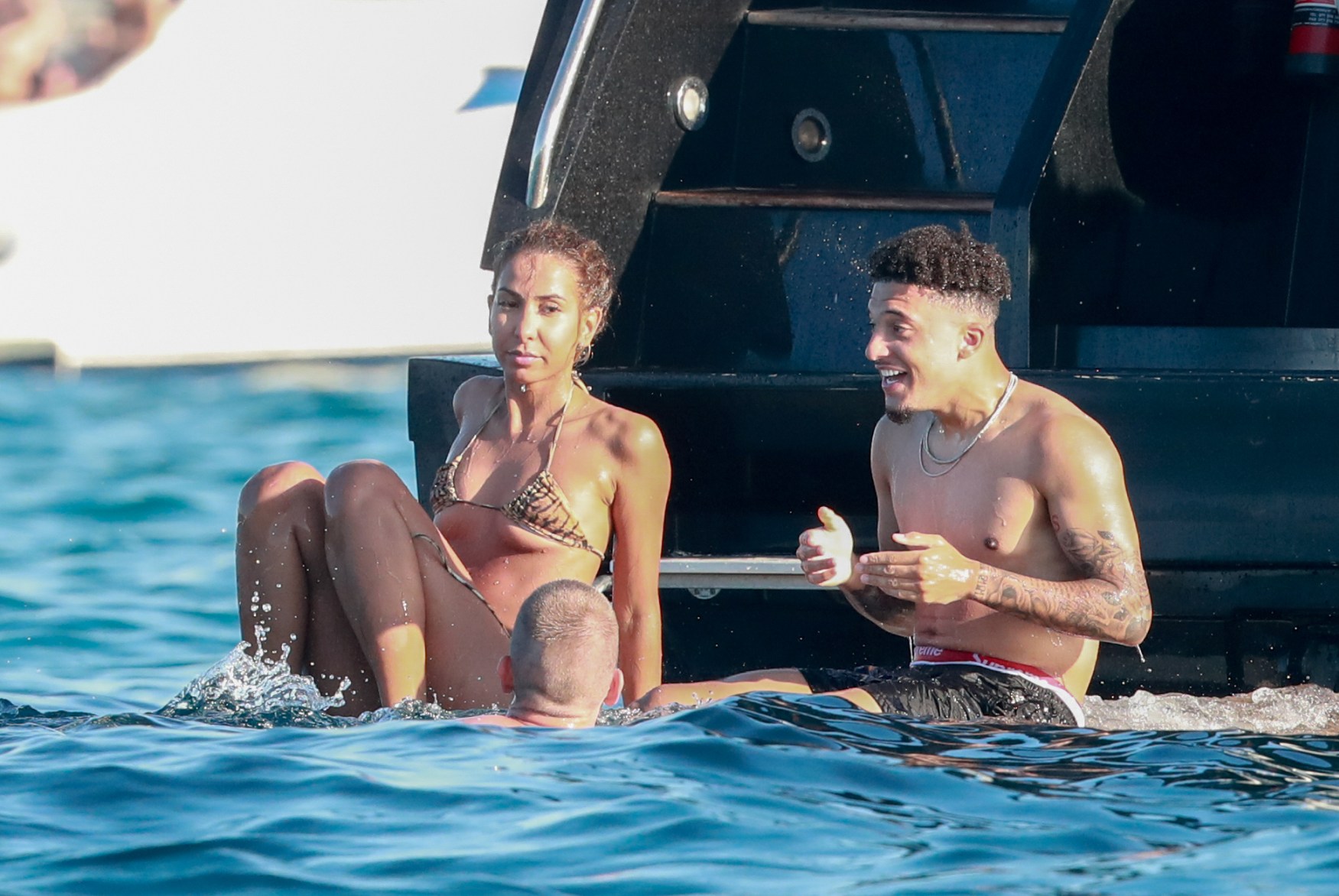 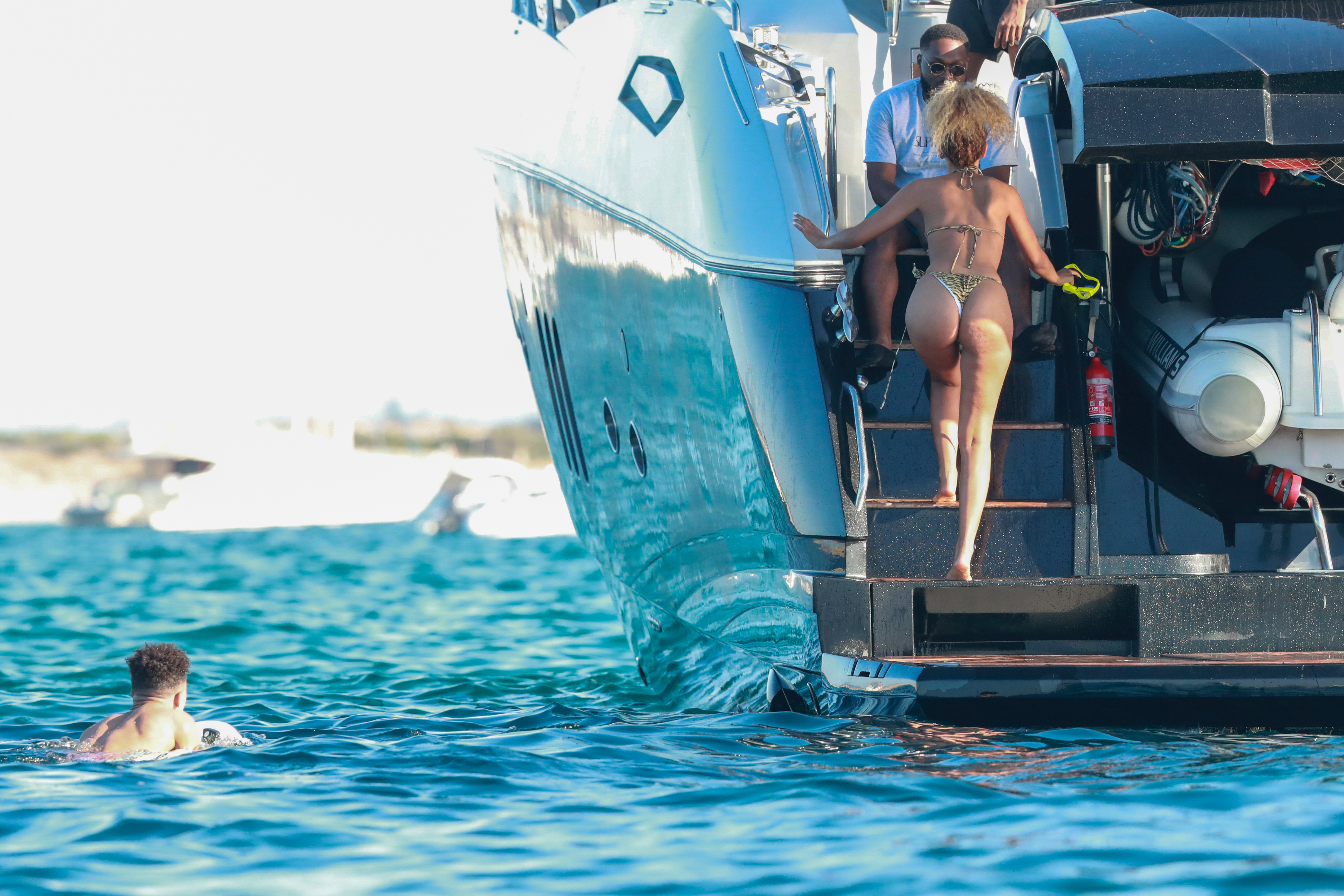 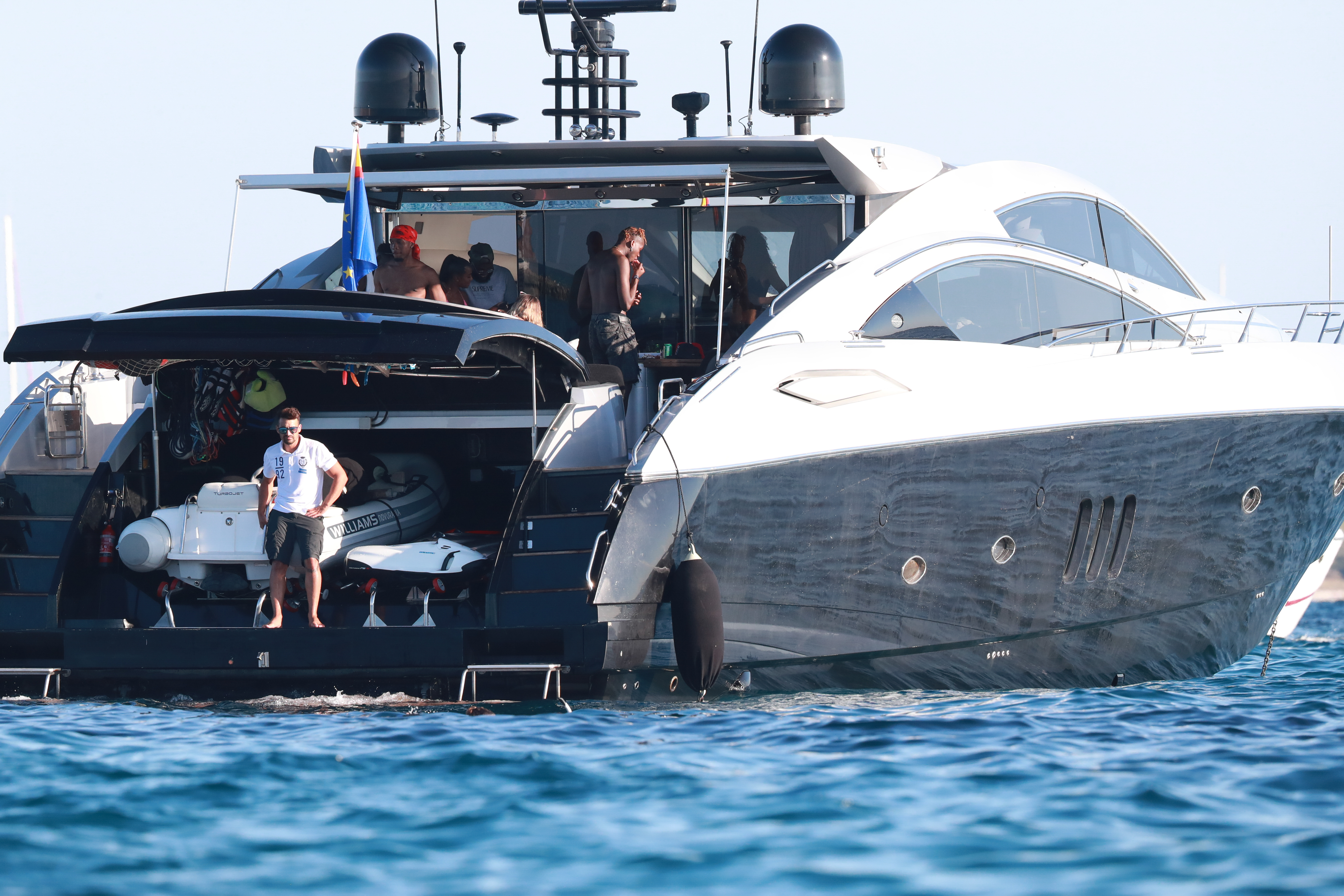 Sancho splashed about in the sea and even tried a bit of snorkelling as he put some distance between himself and the swirling rumour mill.

At one stage, it even looks as though the England star's mystery pal pushes him into the ocean from the side of the yacht.

But Sancho would have been happy just to be away from the spotlight, with all eyes firmly fixed on the rumours concerning his summer move to Manchester United.

Dortmund have told Manchester United to put up or shut up, demanding £115million in three weeks if they want to land their top target.

If Ole Gunnar Solskjaer and Co don't front up the cash, Dortmund will refuse to sell Sancho.

The Bundesliga club want to crack on with their preparations for next season – and getting Sancho's future sorted, one way or the other, is key to that.

Earlier this week, Sancho refused to rule out a move to Old Trafford – but remained tight-lipped as to his future.

Sancho told World Soccer magazine: "I don't know what to say to that.

"It's hard to say. That's the future.

"You never know what could happen, so we will wait and see."

As well as Man Utd, Chelsea and Liverpool are linked with the former Manchester City star. 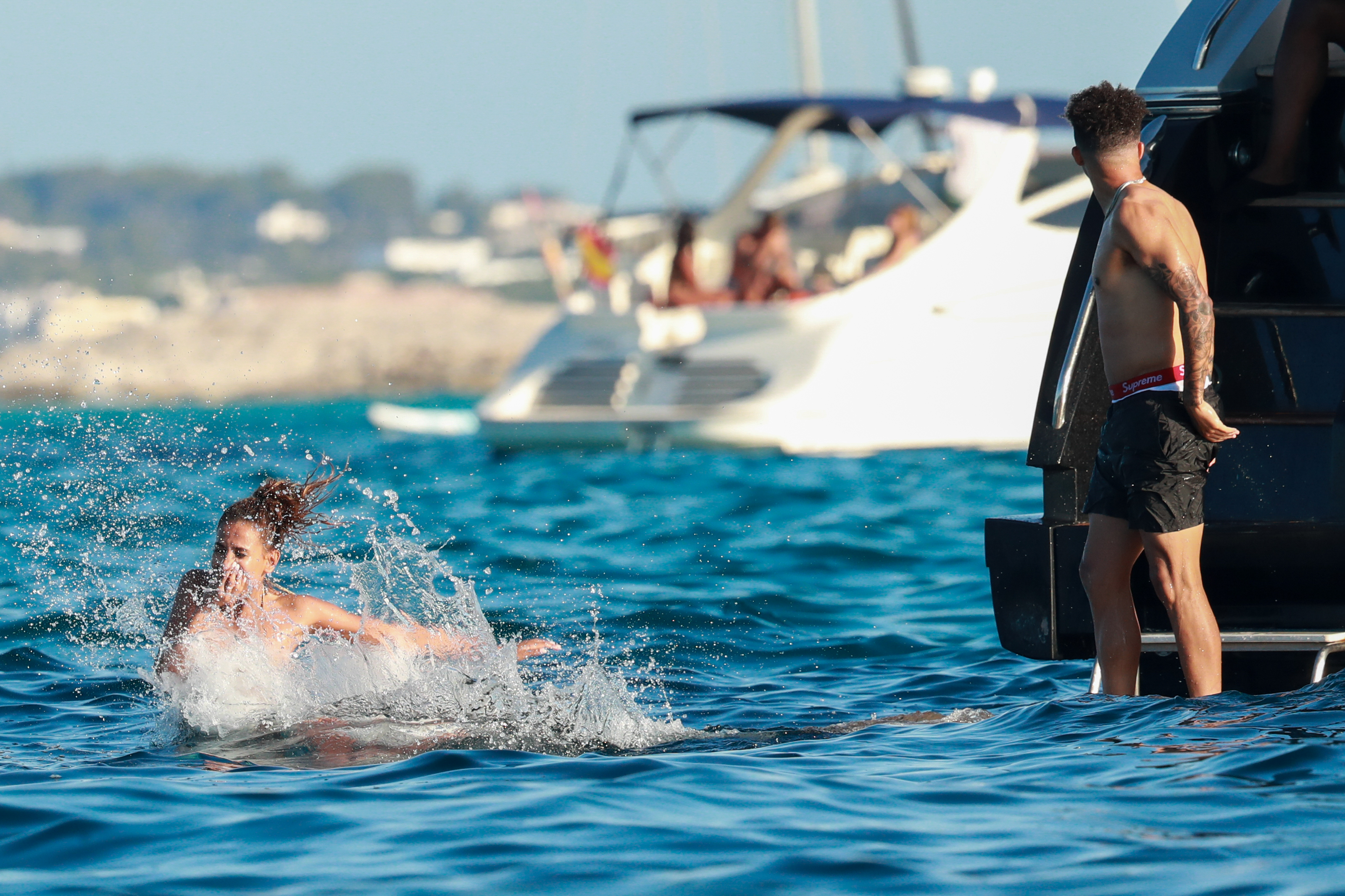 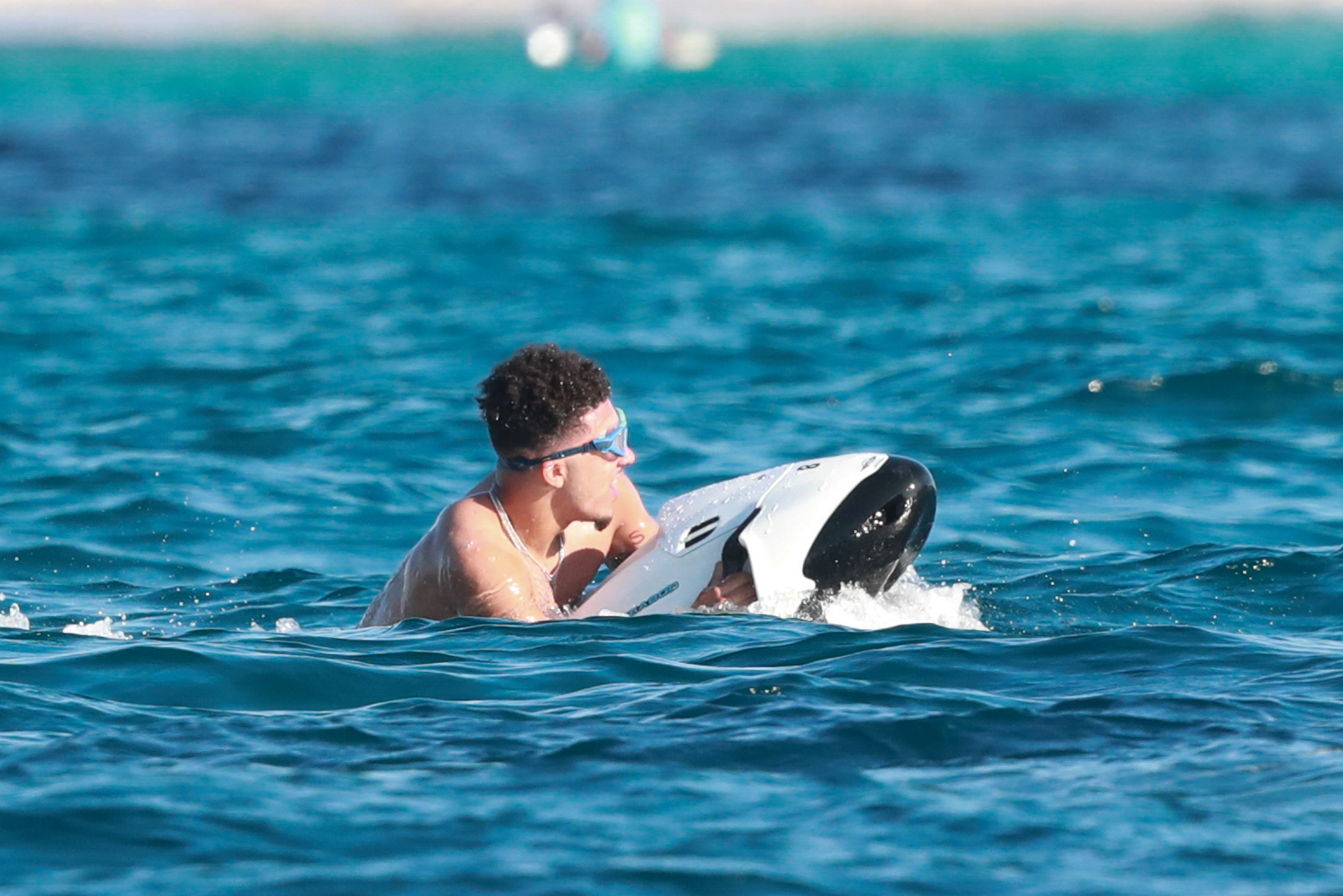 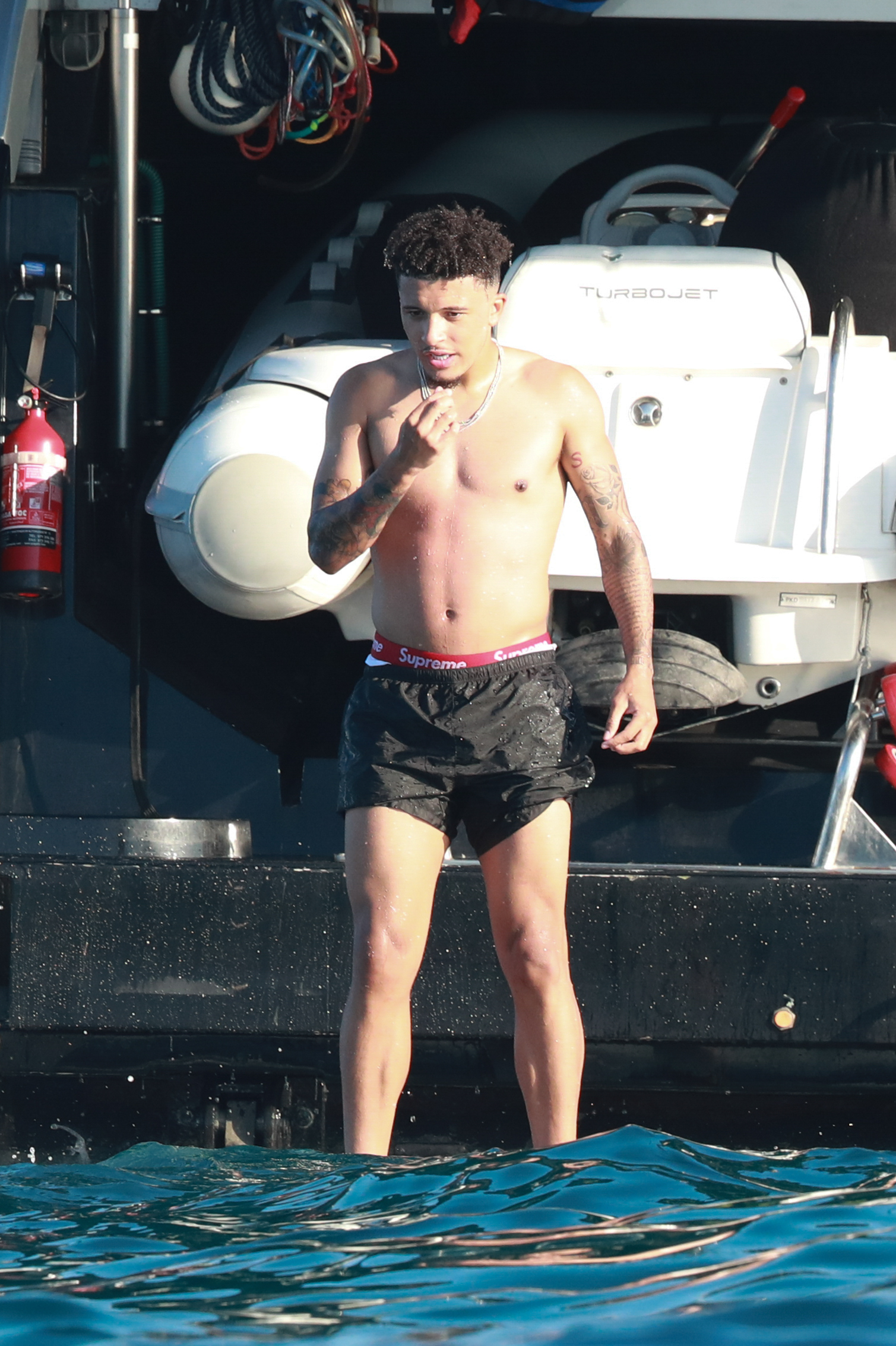 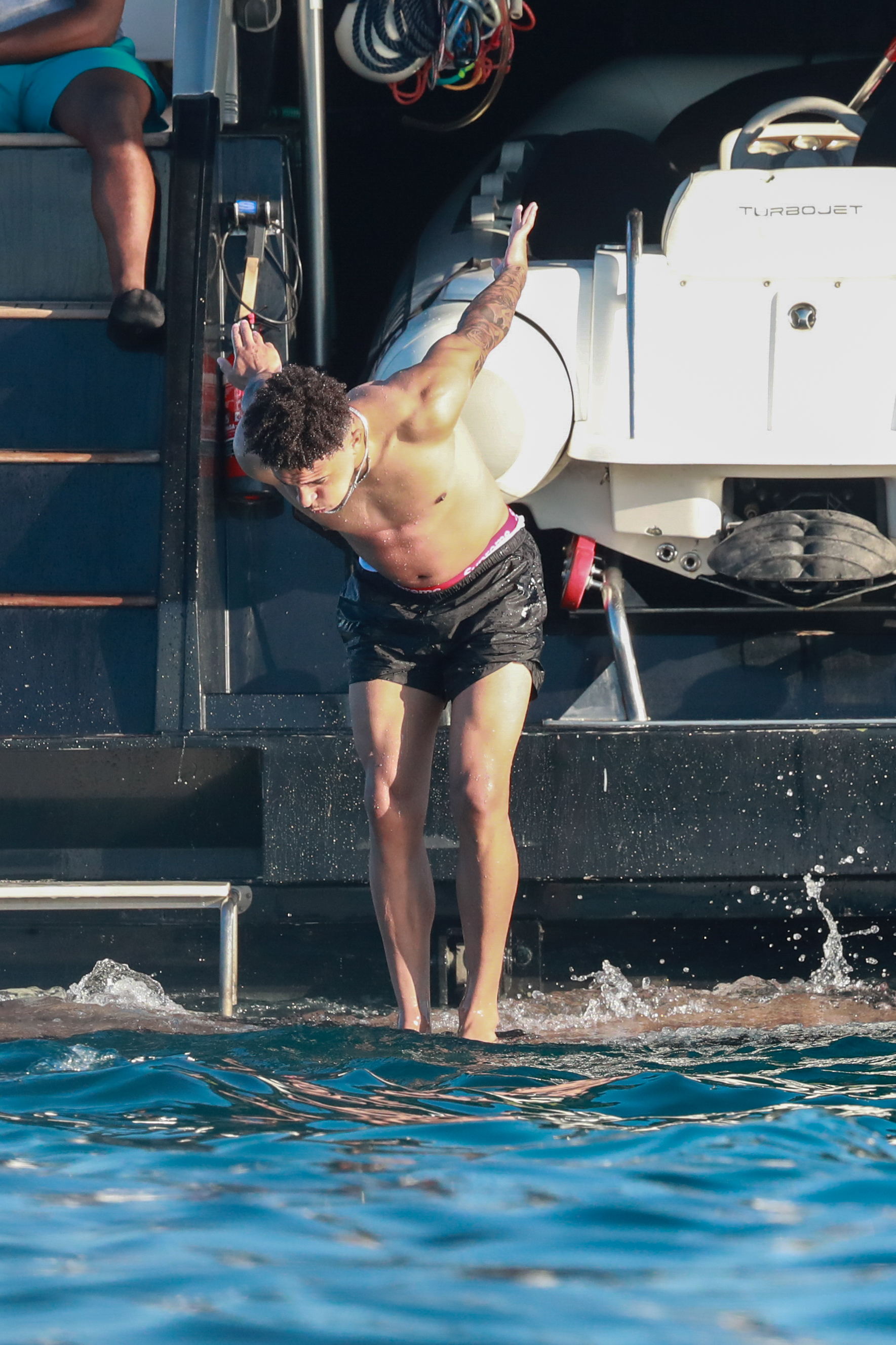 Sancho cost Dortmund just £7m in 2017 on signing him from the Etihad.

And the Germans are set to make a profit of more than £100m on their star man.

Meanwhile, Gary Neville has urged Man Utd to save their money and turn their attention to Watford star Ismaila Sarr instead.