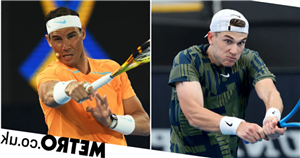 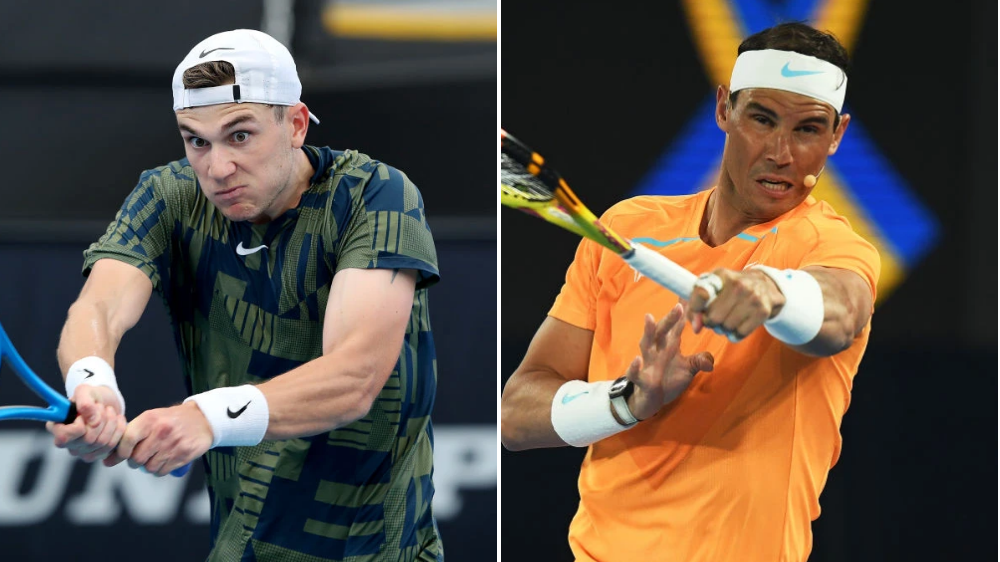 British youngster Jack Draper admits he is feeling emotional after being handed a first-round tie against Rafael Nadal at the 2023 Australian Open.

Draper, 21, ranked world No.40, is set to compete at Melbourne Park for the first time in his career and faces 22-time major winner Nadal, 36, on Monday.

World No.2 Nadal heads to the Australian Open as the top seed and insists he can win the tournament despite his horrific recent form.

The Spanish tennis legend has lost six of his last seven matches on the ATP Tour – dating back to his fourth-round US Open exit to Frances Tiafoe.

Nadal struggled with injury in the second half of 2022 and has not defeated a player ranked in the world top 50 in a competitive match since Wimbledon.

His only win from his last seven matches came in a dead rubber against Casper Ruud at the ATP Finals as question marks remain over Nadal’s fitness and his aging body.

Draper, by contrast, has been in great form, recently advancing to the Adelaide International 2 semi-finals and he is currently 4-1 for the season.

He will be playing in the main draw of a Grand Slam for only the fourth time, having reached the US Open third round last year.

Speaking about his upcoming clash against Nadal, which will see the two men face each other for the first time, Draper said: ‘There are a lot of emotions, thinking about playing him.

‘But I have to still got to do well in this week’s tournament. Whatever happens, it will be a special occasion for me.

‘I’m still very young in my career, so it’s great to have these sort of experiences and exposure to playing Rafa on a big arena. I’ll just be trying to play well and do the best that I can.’

Draper also spoke to inews this week ahead of his Australian Open debut: ‘I think there’s no denying I know that I can be a very good player.

‘There’s always going to be a lot of noise. It’s important just to keep your head down, and just get on with the job because you’re more likely to do it that way.’