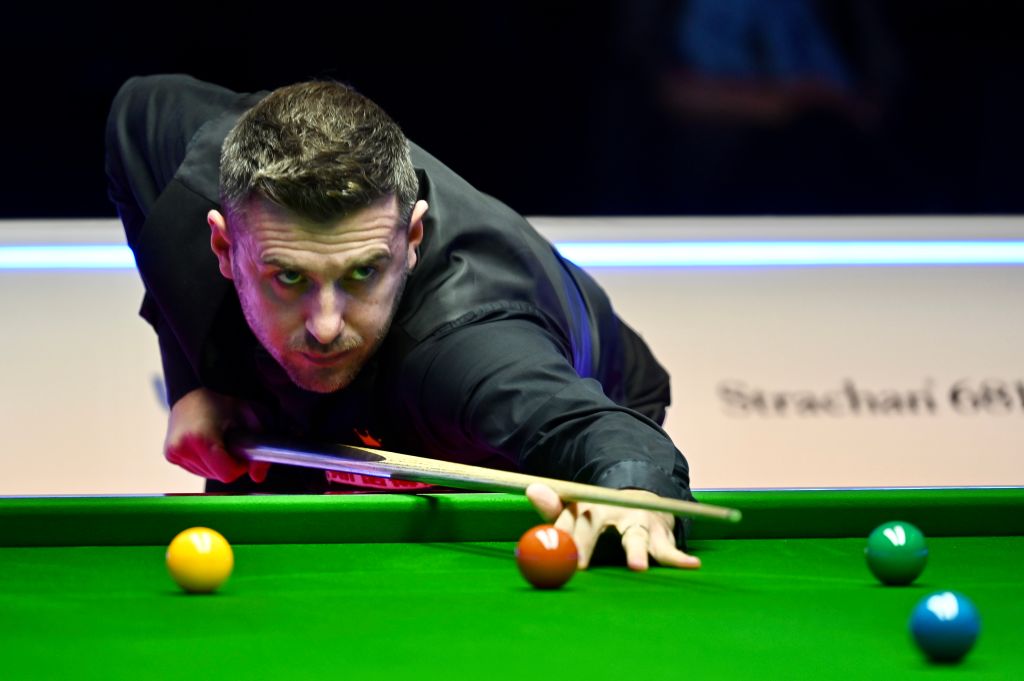 Mark Selby picked up a 6-4 win over John Higgins at the Champions of Champions on Monday night, a victory made all the more impressive as it came on the anniversary of his father’s death.

Selby and Higgins had beaten Lee Walker and Hossein Vafaei respectively in their opening matches of the event on Monday afternoon, to set-up the huge clash between two four-time world champions.

The Jester from Leicester made a break of 140 in the opening frame, with the Wizard of Wishaw going one better with a 141 in the sixth.

There were brilliant breaks, but spells of immense tactical play from the renowned masters of table craft, but Selby was scoring again at the end, making breaks of 105 and 81 to finish the match.

‘I thought it was a great game. If I’d have lost, I don’t think I’d have done much wrong,’ Selby told ITV4 after the victory.

‘I thought John’s long game was incredible throughout the match. Some of the shots he potted, some of them I didn’t think he’d go for and he still potted them.

‘He’s a class act, a great player, everything I threw at him he threw at me back. It was just blow for blow and I’m happy to get over the line.

‘John’s obviously a great player, you have to be at the top of the game every time you play him.’

Mark had explained after beating Walker that it was always going to be an emotional day for him, 23 years to the day from his father’s tragic death.

The feelings were getting to him right at the end of the match, but Selby was spurred on rather than held back by the emotion.

‘I could feel myself getting choked up towards the end because I just gave it everything out there,’ he said.

‘I was sat in my chair I was thinking of him. If I win or lose I’ll leave nothing out there and that’s exactly what I did. Obviously I’ve done it for him today.’

Selby has been open in the past about how devastating the loss of his father David to cancer was when he was only 16, leaving him close to suicide.

Speaking to Rob Walker for the BBC last year, Selby said: ‘At times, I was very close to doing it (taking his life) but told myself, my father wouldn’t want that

‘If I could turn back the clock, I would give everything that I have achieved in snooker and all the money I have earned to have my dad back and see everything I have got – a great wife in Vikki, a fantastic daughter Sofia and even for him to see me as a professional. He never did see me play once.

‘It eats away at me day after day knowing he hasn’t been here to see that but hopefully he is looking down and seen what I have achieved and I have made him proud.’