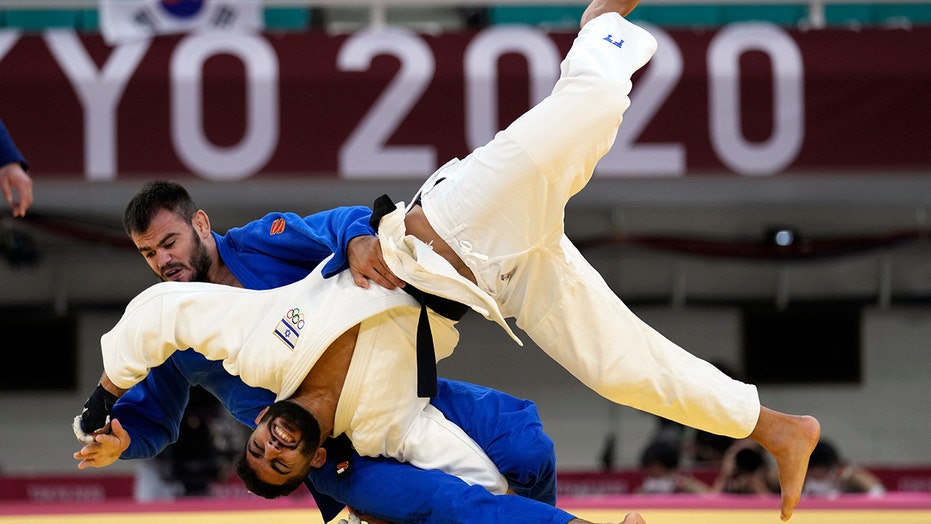 Israel’s Tohar Butbul’s run in men’s judo at the Tokyo Olympics was shrouded in controversy as two potential competitors failed to compete against him over what appeared to be political reasons.

Butbul was the No. 6 seed in the tournament and made it to the quarterfinals of the 73-kilogram category before losing to South Korea’s An Chang-rim. Butbul made it all the way to the Round of 16 in Pool D thanks to competitors either dropping out of the Olympics or no-showing. 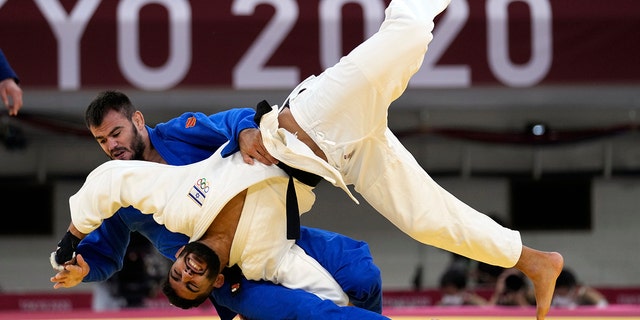 Victor Sterpu of Moldova, top, and Tohar Butbul of Israel compete during their men’s -73kg round of 16 judo match at the 2020 Summer Olympics in Tokyo, Japan, Monday, July 26, 2021. (AP Photo/Vincent Thian)

Algeria’s Fetih Nourine withdrew from the Olympics completely on Saturday after learning he would potentially face Butbul if he defeated Sudan’s Mohamed Abdalarasool. Nourine cited specifically Israel’s treatment of Palestinians as a reason for dropping out.

The International Judo Federation (IJF) temporarily suspended Nourine and his coach Amar Benikhlef for violating the organization’s rules protecting the “neutrality of sport at the Olympic Games.”

“Judo sport is based on a strong moral code, including respect and friendship, to foster solidarity and we will not tolerate any discrimination, as it goes against the core values and principles of our sport,” the IJF said.

Nourine previously quit the 2019 World Judo Championships before going up against Butbul.

Abdalarsool no–showed the contest with Butbul on Monday. Neither he nor the Sudan Olympic Committee released a statement on the issue.

Butbul said his team was informed about a potential shoulder injury to the Sudanese judoka but it wasn’t exactly a convincing excuse. The Times of Israel noted that Sudan signed the Abraham Accords with the U.S. to normalize its ties with Israel but the deal was met with protests in the country.

Butbul would finish his Olympics run in seventh place.

“I came with a pure aim to win a medal, and it’s very hard for me to bear that I didn’t fulfill my own expectations,” he said. “That was the goal I put into the whole of my career. It’s still too early for me to understand what happened. I wasn’t precise in executing my plan, but in judo sometimes there is a gap between how you plan and what is in reality.”