Israel Folau remains in limbo after officials in Australia blocked his attempt to return to playing for a Queensland team but Catalans Dragons say the door remains open for him to return to Super League.

The 31-year-old dual-code international was given permission by the Dragons to remain in Australia at the start of the 2021 season in order to deal with pressing family matters.

The Dragons were shocked to discover an attempt by Folau to sign for his local club Southport Tigers despite still being contracted to them until the end of the year and threatened legal action to block the move.

Now the Queensland Rugby League has come down in favour of the Perpignan club, saying they will not agree to register the player unless he secures a release from the Catalans.

A statement said: “The QRL have not received confirmation that Folau is released from his existing playing contract, nor has he received a clearance from his last known registered overseas club.

“The QRL cannot proceed with any registration approval until such time as the clearance is received – this is in accordance with current national policy regarding international clearances playing at any level of the game.

“On receipt of international clearance, Folau will be granted permission to register for the Southport Tigers at a community rugby league level and no higher, as per the registration request that has been made.”

Dragons football manager Alex Chan confirmed to the PA news agency that the QRL has been in touch with the club, whose position remains unchanged.

“There was a lot of ‘he said, she said’ so they came straight to the source and I told them we’ve got a current contract with the player, we hold his registration and he’s on our salary cap,” Chan said.

“That’s our stance. Nothing much has changed. We’ve left the door open for him to return and we’re forever hopeful that he will come back and finish the season with us and win the championship.

“The ball is in his court, whether he does or not. We’re anticipating a return, he will really bolster our squad.”

The Catalans admit they took a gamble in signing the controversial former Wallaby, who was sacked by Rugby Australia in 2019 over homophobic comments he posted on social media, and lost sponsorship as a result.

However, they were delighted with his impact on the field and quickly extended his contract to the end of 2021.

The Rugby Football League reluctantly agreed to register him, imposing conditions over his future conduct, and the QRL says it will also seek assurances from the player if he is eventually allowed to play in its competition.

The statement added: “Any registration is subject to Folau confirming he has read and understood his obligations as a player under the QRL Rules, the QRL Code of Conduct and the Community Rugby League Terms and Conditions NRL Registration. 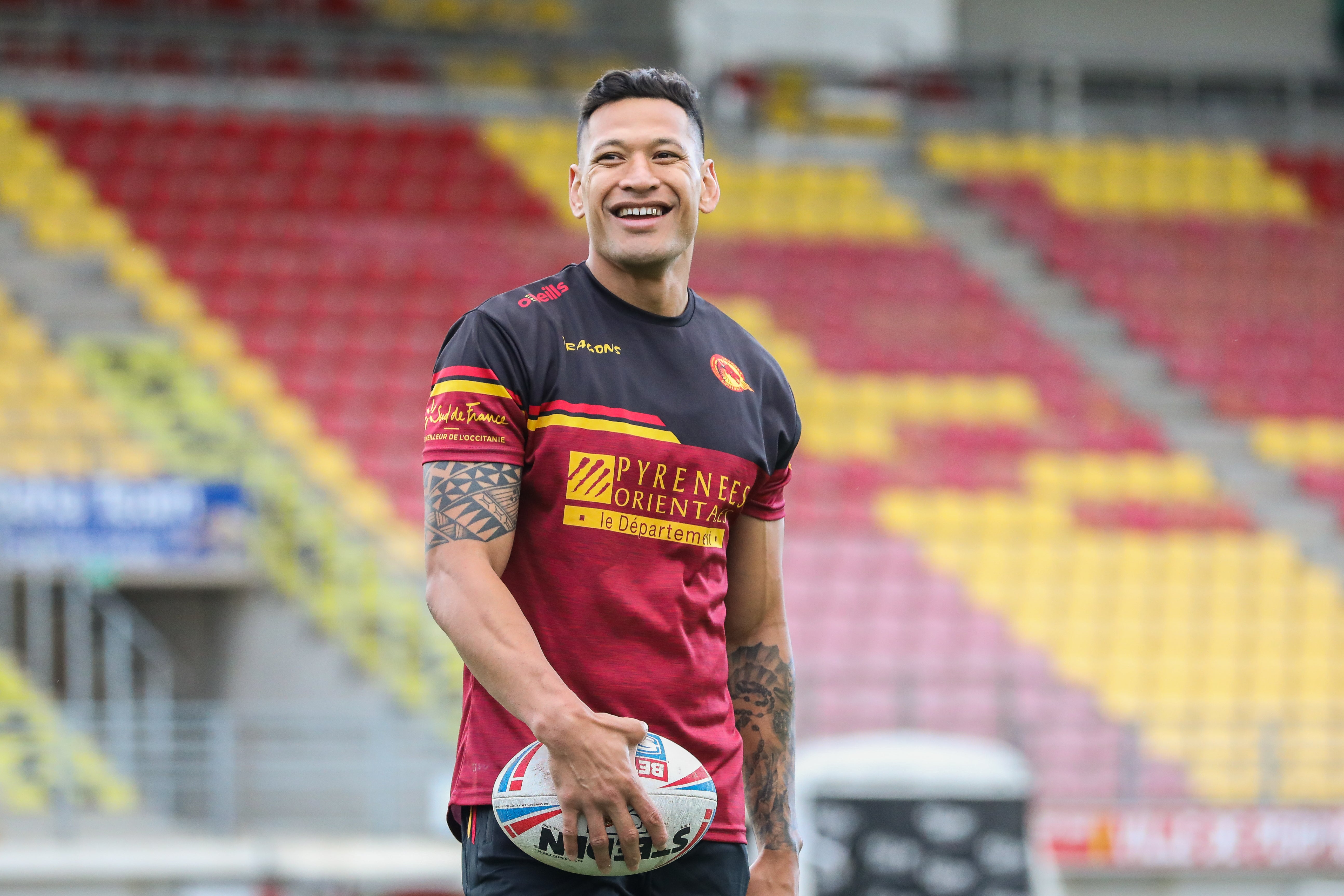 “Should the registration proceed in compliance with these conditions, any breach of the code of conduct could lead to suspension, or the cancellation of the player’s registration, as it would for any other player.

“The QRL acknowledge that previous social media comments made by Folau, whilst not a registered participant in rugby league at the time, do not align to the beliefs of the game, or the QRL.

“The QRL is an inclusive organisation with a proud diversity and inclusion framework.”