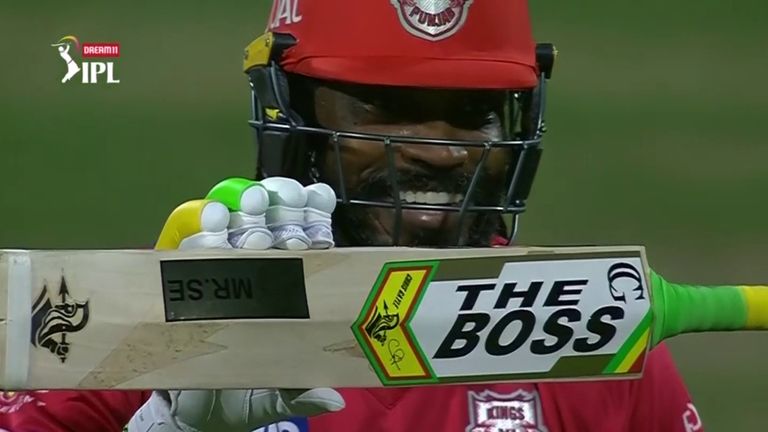 Kings XI Punjab continued their charge towards an IPL playoff place as half-centuries from Chris Gayle and Mandeep Singh took them to a nine-wicket win over Kolkata Knight Riders.

Having been bottom of the table with just one win from seven games, Kings XI have now won five in a row to jump up to fourth and the final knockout spot, leapfrogging KKR with two matches left to play.

Kings XI were going steadily in the chase but with Mandeep struggling, the Knight Riders were keeping themselves in contention. That all changed with the arrival of Gayle, who hit Varun Chakravarthy for back-to-back sixes to get started and never looked back as he raced to a 25-ball fifty.

Gayle (51 from 29) fell with three runs still required, leaving Mandeep (66no from 56), who grew in stature as the innings progressed, to finish the job in the 19th over.

Kings XI could not have wished for a better start after inserting Kolkata, Glenn Maxwell claiming the wicket of Nitish Rana second ball as the left-hander top-edged a sweep straight to Gayle at short fine leg.

Shami then showed his class with the wickets of Rahul Tripathi and Dinesh Karthik in the next over, the seamer rewarded for going with a Test-match length as two beautiful deliveries just held their line and were edged behind.

Coming in at 10-3, Morgan went on the offensive with Gill following suit. The pair were finding the boundary almost at will and for the 7.5 overs they were in together, Kolkata looked on for a very competitive total.

The wicket of Morgan, caught in the deep off Bishnoi having thumped five fours and two sixes in his 25-ball salvo, soon ended any prospect of that. Jordan came back for the next over and bowled Sunil Narine (6), the runs dried up and when Kamlesh Nagarkoti and Pat Cummins fell in successive overs in which KKR scored just one run, the innings looked set to unravel. 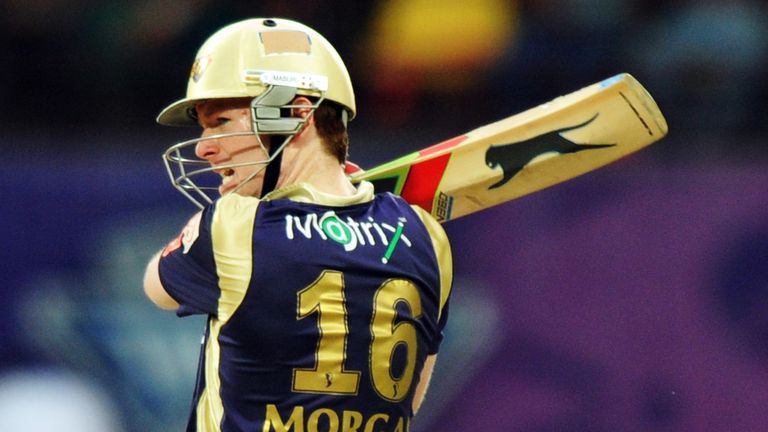 Gill, having been starved of the strike, tried to get the momentum going again and reached his fifty from 36 balls while Lockie Ferguson (24no from 13) provided a useful cameo but a strong finish from Jordan left Kolkata just short of 150.

With Mayank Agarwal still missing through injury, Mandeep opened with KL Rahul but failed to find any sort of rhythm or timing in the early exchanges. Rahul (28 from 25) was faring slightly better but was short of his free-flowing best before he was lbw to a ball that skidded on from Varun Chakravarthy (1-34) with 47 on the board.

Rather than boost Kolkata’s chances, the wicket only helped Kings XI with Gayle coming in and quickly applying pressure to the Knight Riders attack, using his long levers to take Chakravarthy for consecutive sixes in the 10th over and ending the 11th with another maximum, this time off Narine.

Morgan turned to the pace of Ferguson but Mandeep, having seen his partner’s success, went after the Kiwi fast bowler and hit his first ball for four over wide long on. There was at least one boundary every over for the next five overs and when Gayle went nailed a perfectly good delivery back over Ferguson’s head for six in the 17th, the game was as good as over.

Ferguson had his revenge, such as it was, in his next over when Gayle, having passed 50, guided a slower ball to short third man but with Kings XI needing just three more to win, they wrapped it up later in the over.

Watch every match of the 2020 IPL live on Sky Sports Cricket. Sunrisers Hyderabad vs Delhi Capitals is Tuesday’s match with coverage beginning at 1.50pm.

You can catch hour-long highlights of each game every weekday at 9pm and then at 8pm and 9pm on double-header weekends.