TOTTENHAM boss Mauricio Pochettino went full Diego Simeone as he joined in dressing-room celebrations after their triumph against Manchester City. 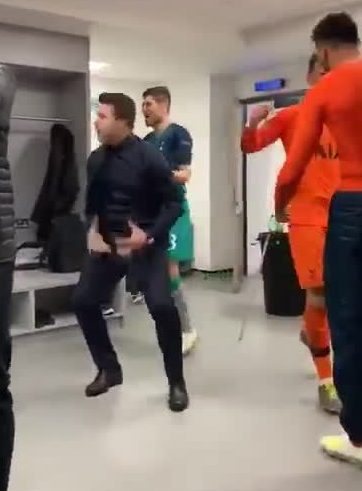 But after a 1-0 home win it meant Spurs triumphed on away goals and would go on to play Ajax in the semi-finals.

Unsurprisingly the Spurs celebrations were raucous and passionate.

And boss Pochettino decided to copy the actions of his countryman Diego Simeone for his particular famous celebrations.

After Atletico Madrid had beaten Juventus 2-0 in the first leg of their Champions League last-16 tie, their manager Simone turned to the crowd and grabbed his crotch.

He later told the press that it was to signify his side showing "balls" for the way they defeated their Italian opponents.

After Tottenham had dispatched Manchester City, Poch stormed into the dressing room and gesticulated in the same way Simeone did.

And you certainly couldn't doubt that his players had shown "balls" too after seeing off the Premier League title chasers over two legs.

He then went and passionately slapped the tactics board.

All the players then squirted water bottles while singing in tribute to midfielder Moussa Sissoko – who thought his team had been knocked out.

The Frenchman, 29, went off with an injury just before half time in Tottenham's thrilling 4-4 away goals aggregate quarter-final win over Man City.

Midfielder Sissoko then headed on to the bench for the second half and witnessed Fernando Llorente deflect Spurs into the semis.

That goal, after 73 minutes, put Man City 4-3 ahead on the night, but Spurs through on away goals… before a dramatic late finish.

Raheem Sterling netted his third goal of the night and sprinted away to the corner in celebration — and Sissoko had had enough, marching down the tunnel.

But then VAR intervened, because Sergio Aguero was offside when Bernardo Silva deflected the ball into his path before he squared it to Sterling.

The goal was disallowed.

When a member of Spurs' coaching staff found him in the dressing room, distraught Sissoko had no idea that the goal had been ruled out and his side were through. 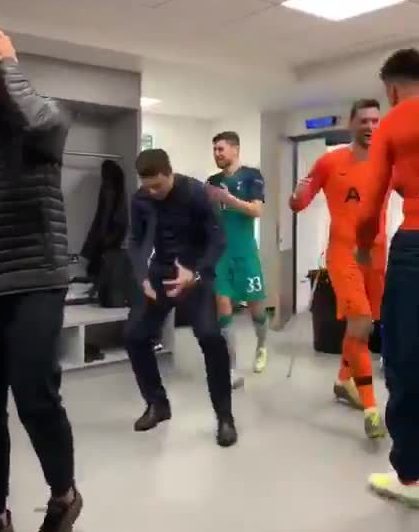 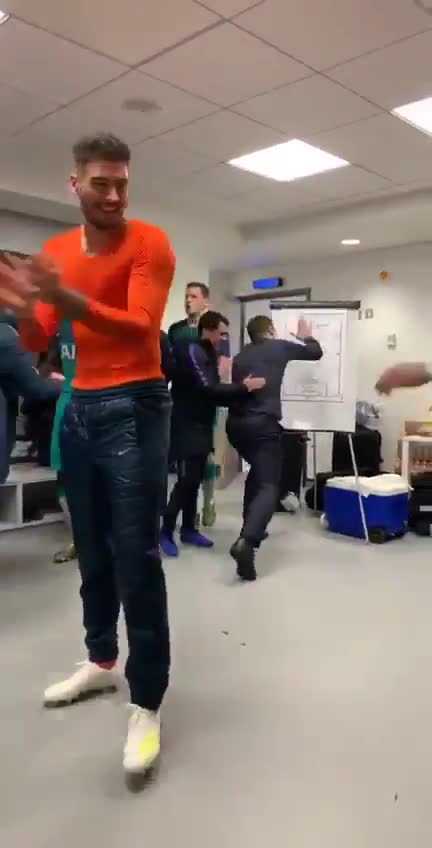