ONLY Mike Tyson could be on the cusp of a multi-million pound comeback in the middle of a lockdown and recession.

The Baddest Man on the Planet is now 53 and 15 years retired but his possible ring return is the biggest story around. 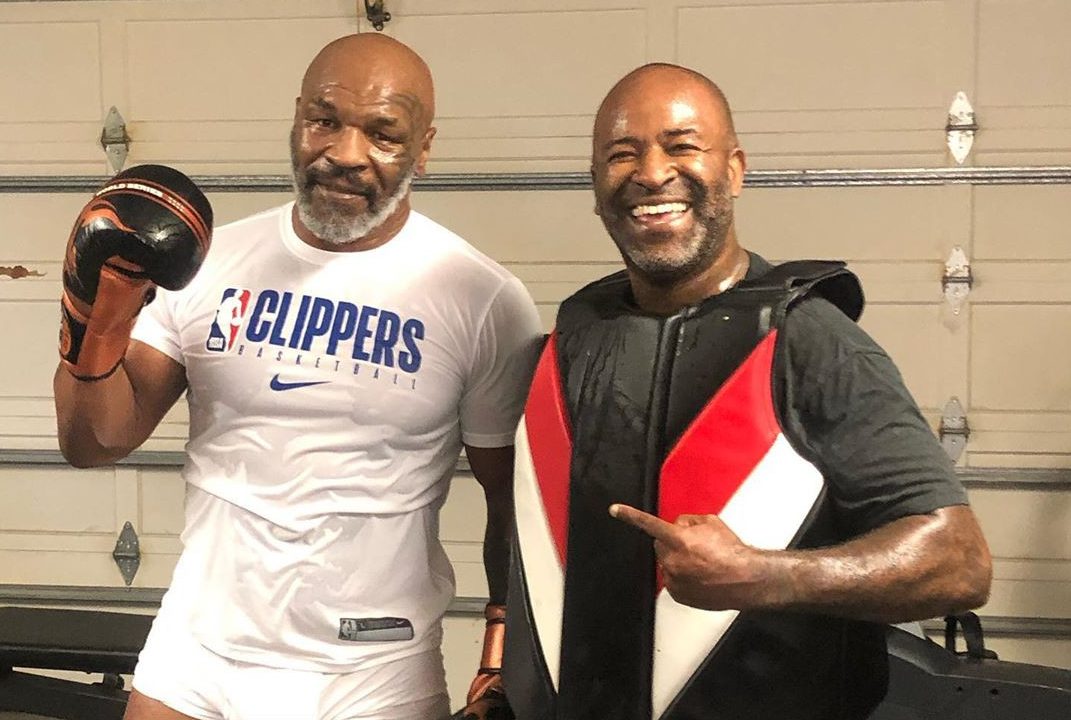 Now a happily married podcast host and cannabis advocate — looking to open his own puff paradise resort over 400 California acres — Tyson seems far happier in retirement than he was in the ring.

After the death of his mentor Cus D’Amato, the split from trainer Kevin Rooney, the three-year prison sentence and a toxic time under the spell of promoter Don King, the youngest champ in heavyweight  history fell apart.

In a very public meltdown, around £350million was blown, part of fellow American Evander Holyfield’s ear was bitten off in a 1997 bout and, aged 38, Iron Mike lost his last two professional fights as a ghost of the ring monster he once was.

Following a slow rebuilding process, cameo appearances in the smash-hit Hangover film franchise and a resurgence in popularity thanks to social media, Tyson finally seems in a settled mental space. 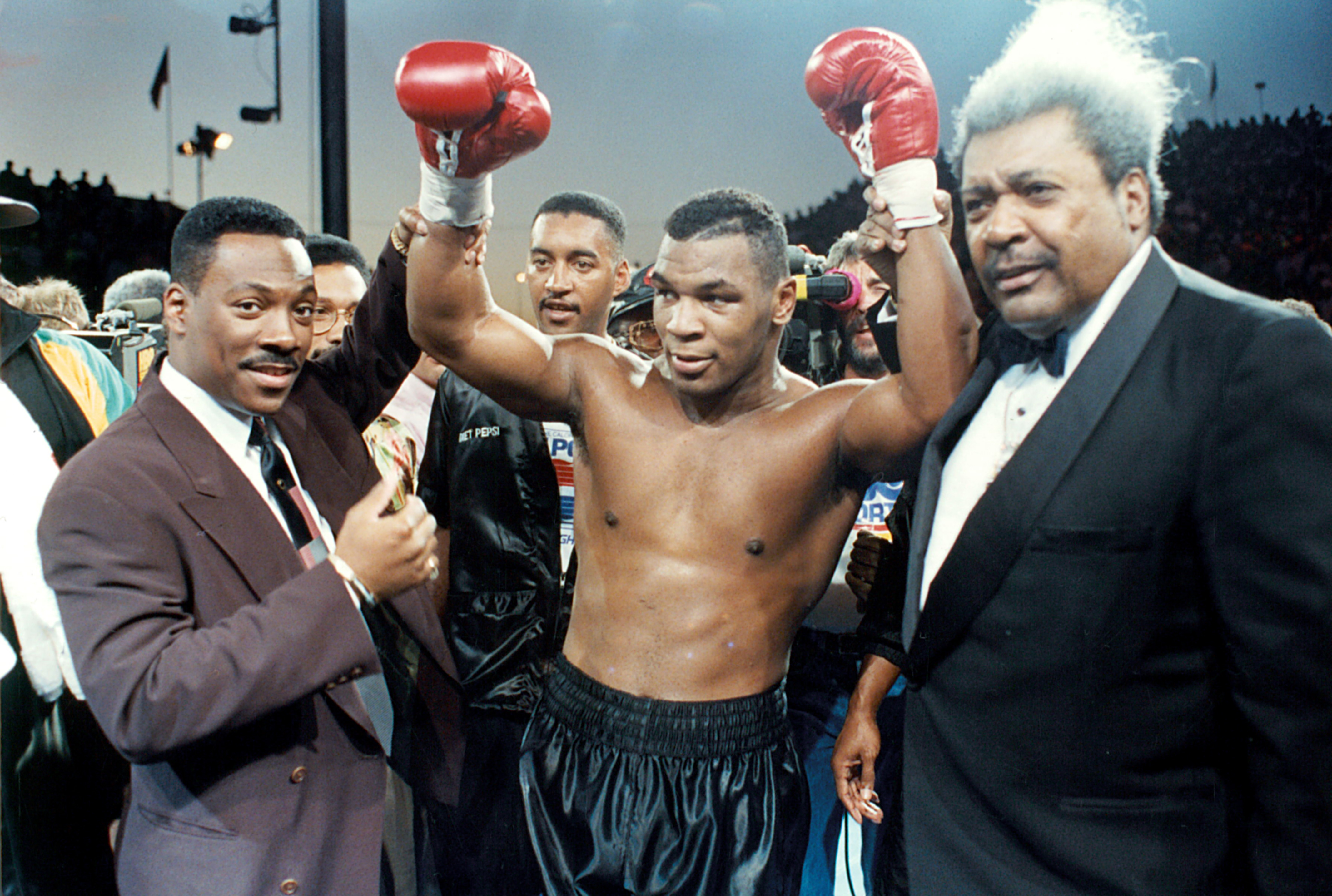 But a return to boxing training, a A$1million offer from Down Under and news from 57-year-old Holyfield that he is returning for some Covid-19 charity bouts, has got Tyson’s personal Project Restart off the ground.

Tyson’s former coach Jeff Fenech insists, with just six weeks’ training, his veteran ex-charge could demolish 34-year-old Deontay Wilder in 60 seconds in what would be a mega-money showdown.

And new trainer Rafael Cordeiro, who has been working for him for four weeks, claims Tyson — who first won the world title as a 20-year-old —  could fight anyone with another five months of preparation. 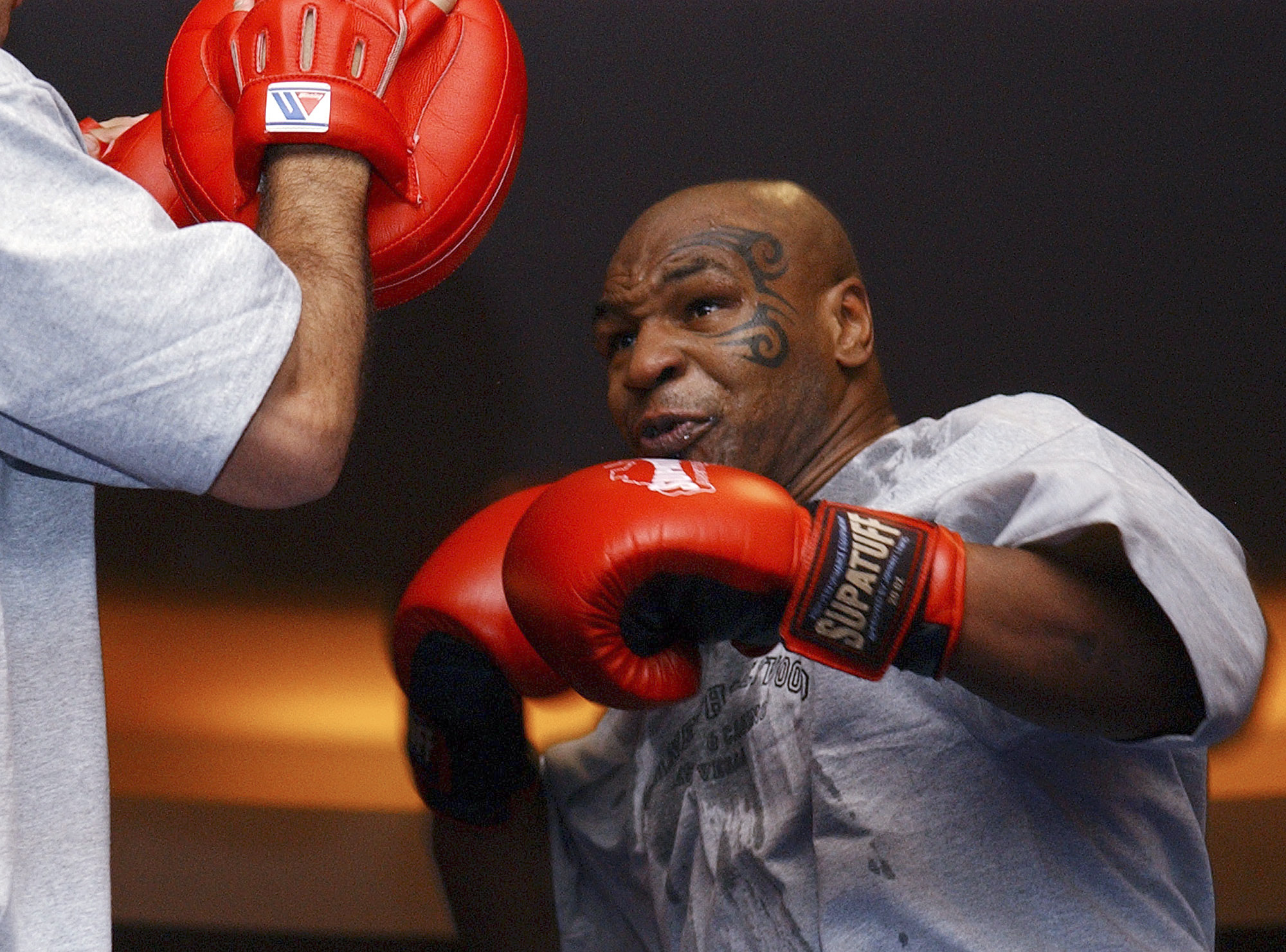 Markson, who arranged a 2012 Tyson tour in Australia, told SunSport: “He was a superstar then and interest is just as fervent.

“I am looking forward to bringing him back to Australia for another tour and exhibition fight for charity.

For all the good deeds and donations, if a more predatory matchmaker from a less stringent region gets a whiff of a comeback, they will only see dollar signs. 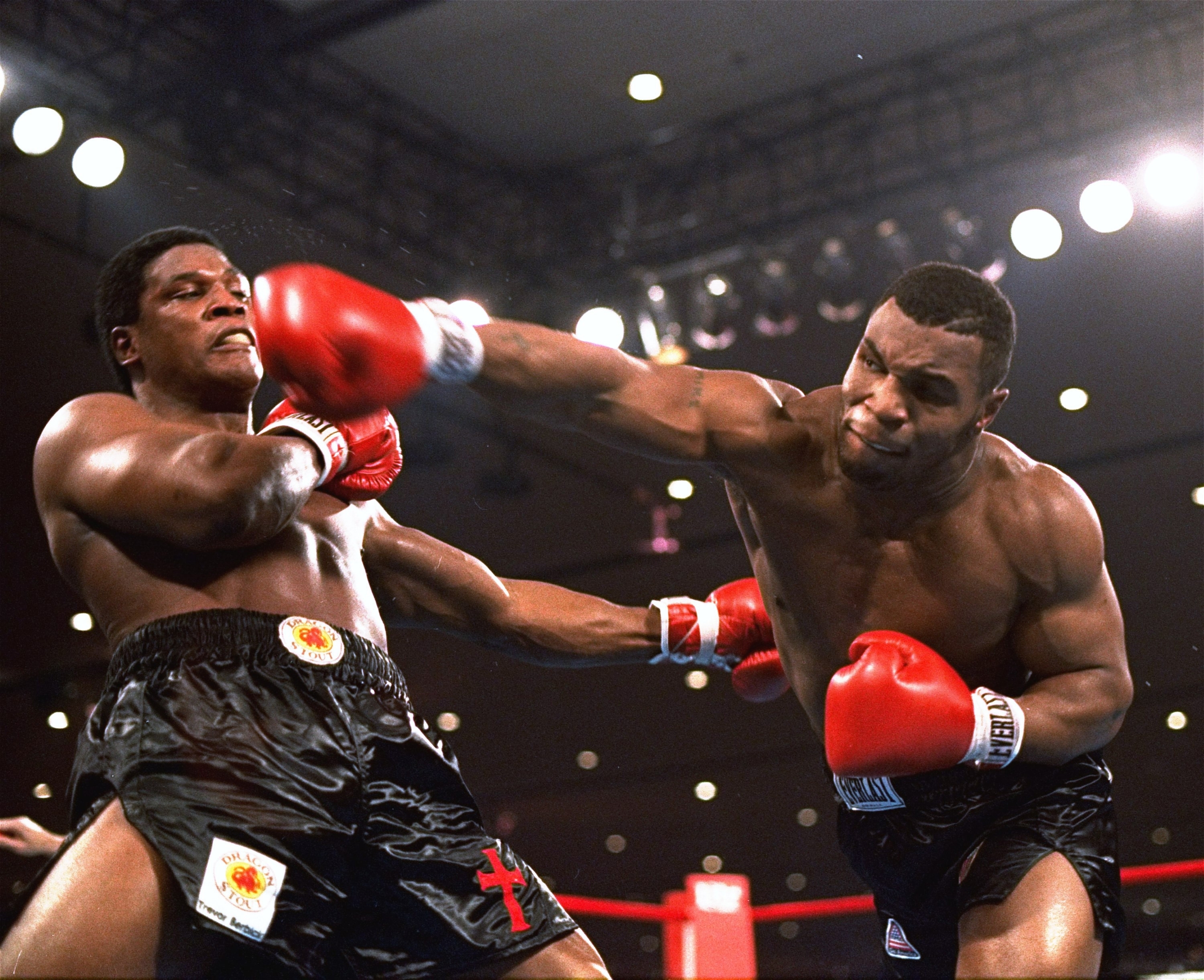 But Frank Warren, who promoted two Tyson fights in the UK in 2000, says a serious professional return makes no sense.

Warren claimed: “At Mike’s age and time out of the ring, a professional return will not be considered by any reputable board or state.

“But sadly there will definitely be a rich circus master out there who wants to put on a freak show and Mike would be a huge attraction.

“If it’s to raise money then that is an admirable thing but real Mike Tyson fans should not be tricked into buying into a professional bout anywhere, it would be ridiculous.

“Mike has said that smoking £33,000 worth of cannabis a month has helped him control his issues but it won’t help him pass a drugs test to fight anywhere legitimate.

“I loved watching Paul Gascoigne play football but it would be cruel to put him in a professional game now.

“It would embarrass him and  tarnish his legacy — the same can be said for Tyson.”

Tyson said on social media that him being offered a fight against Williams is "totally false."