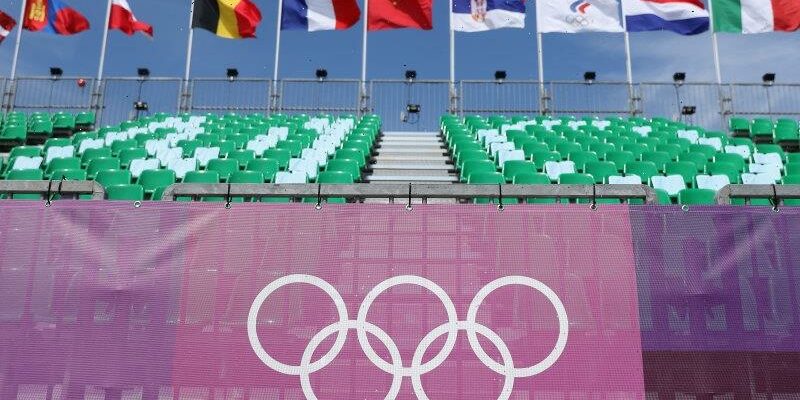 Tokyo: A second COVID-19 outbreak inside the Olympic village in as many days has forced Tokyo 2020 organisers to defend the protections they have in place to stop the spread of the virus through the Games precinct.

An unidentified athlete staying in one of the high-rise towers which, at the peak of the games, will house 6700 people, is the latest COVID-19 case. The infection followed two South African footballers earlier this week. The total number of cases connected to the Games both inside and outside the village had risen to 71 as of Tuesday afternoon, a day before competition officially begins with the softball in Fukushima. 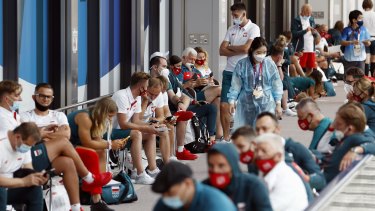 Poland’s team wait for medial test related to COVID-19 on their arrival for Tokyo 2020 Olympics. Credit:AP

Tokyo 2020 spokesman Masa Takaya insisted despite the cases, there had been “no significant bumps” in the road towards’s Friday’s opening ceremony.

“The IOC and Tokyo 2020 are absolutely clear that the Olympic village is a safe place to stay,” he told reporters.

“We cannot say there will be no positive cases within the Olympic community given the situation that we have a massive number of people engaged within this project. But there are no significant bumps, in terms of the positivity rate, compared to the same number found in any other place.”

IOC president Thomas Bach has claimed there is “zero” risk of athletes infecting other residents or Japanese working in the village.

The determination of Tokyo organisers and Prime Minister Yoshihide Suga to stage the world’s biggest sporting event while Japan’s largest city is struggling to contain a fresh epidemic is difficult to reconcile with the Australian response to the pandemic.

Tokyo’s coronavirus case numbers, fuelled by the highly transmissible Delta strain, are also being masked by low levels of testing. The city recorded 5,412 tests on July 17, of which 1008 were found to have COVID-19 – a positive infection rate of 18 per cent.

Thousands of Olympians, officials and media arriving in Tokyo have been required to complete free daily COVID tests but for members of the public outside the Olympic bubble accessing a test is an ongoing challenge.

“The process is very difficult,” said Melanie Brock, an Australian business consultant who has lived in Japan for the past three decades.

“If your boss said ‘someone in the office today said they have a runny nose, I would encourage everyone to get a test,’ I can guarantee that no one will get a 30,000 yen test.”

Cheaper tests for $30 exist at some public health clinics but are less widely available. They have also been stymied by a limited public awareness campaign and the ongoing public stigma around COVID in Japan.

“If they get a test that says it’s positive, young people are worried they will lose their job,” said Brock.

Like much of the world, Japan’s battle against the virus has been reshaped by the emergence of the Delta variant of concern, which is estimated to be 60 per cent more infectious than the earlier, UK Alpha variant which, in turn, was twice as infectious as the original Wuhan strain.

Scientists from the National Institute of Infectious Diseases estimated earlier this month that a third of all new COVID-19 cases in Tokyo were the Delta strain. They predicted that by the end of this month that figure would rise to 74 per cent and by August, the variant of concern would account for all new cases.

The difficulty of stopping outbreaks in a high-rise athletes’ village is akin to managing the Delta variant in quarantine hotels that share re-circulated, airconditioned air between rooms.

Australian team chef de mission Ian Chesterman said despite the South Africans staying in close proximity to where the Australian camp is housed, there was no cause for panic.

“The athletes are really calm,” he said. “They have been well prepared for the fact that there is most likely going to be a COVID case within the village. We know the protocols we have put in place are designed to keep them safe.

Tokyo now faces the simultaneous challenge of attempting to keep its health response on track while dealing with a deepening public relations fallout from the declining Games’ declining local popularity.

Japanese titans Panasonic, Nippon, Fujitsu and NEC joined Toyota on Tuesday in announcing they would skip the opening ceremony. Toyota, one of the Games’ major sponsors, announced on Monday that it would also pull its Olympics TV ads.