MIKEL ARTETA is well-known for his ice-cold demeanour on the touchline – but according to his latest check, his core temperature is so low it's showing signs o hypothermia.

Players and staff are all subject to coronavirus checks before entering any training grounds and stadiums. 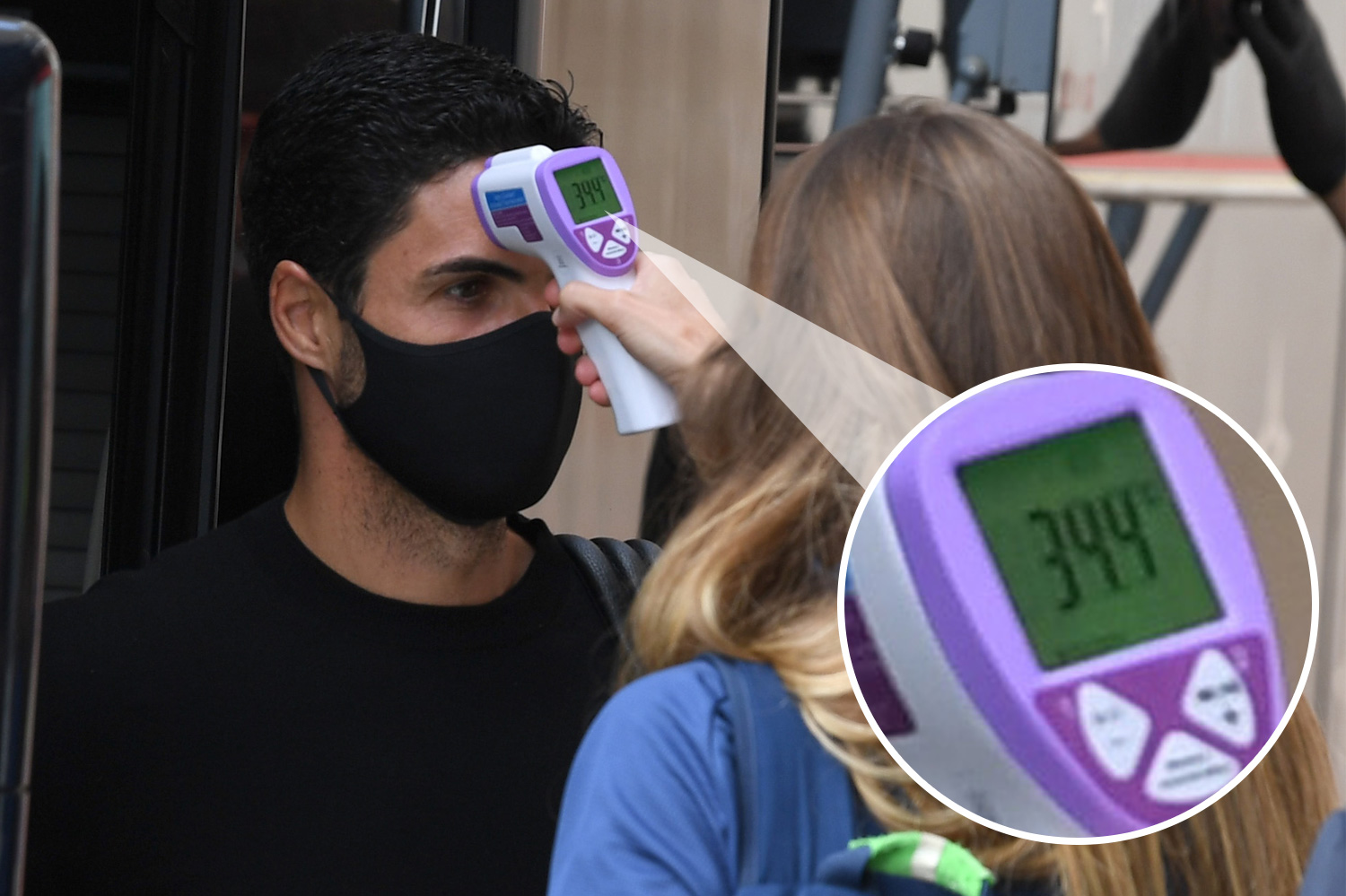 With one of the main symptoms of the killer bug a fever, stars all hope to see the figure check in at below 37C.

But Arteta – one of the first members of the footballing world to contract the virus – went too far the other way and registered a temperature that clinically could considered to be hypothermia.

A healthy body should operate at between 35C and 37C – but Arteta registered a chilly 34.4C on his check on his way into Bramall Lane at the weekend.

And according to the NHS' hypothermia page, Arteta has the right to be a little concerned, too.

"Hypothermia can be serious if not treated quickly.

And Arteta may be showing signs of confusion too, having picked blunder king David Luiz for the cup clash – a last-gasp 2-1 win to snatch a semi-final spot.

One tweeted: "The woman has the best job in the world. Imagine taking his temperature as he stares into your eyes."

To which another replied: "Someone should take HER temperature while she's taking his."

Another wrote: "The man has ice in his veins."

One even joked: "Ice cold blood in his veins. Keeps his hair immaculate."