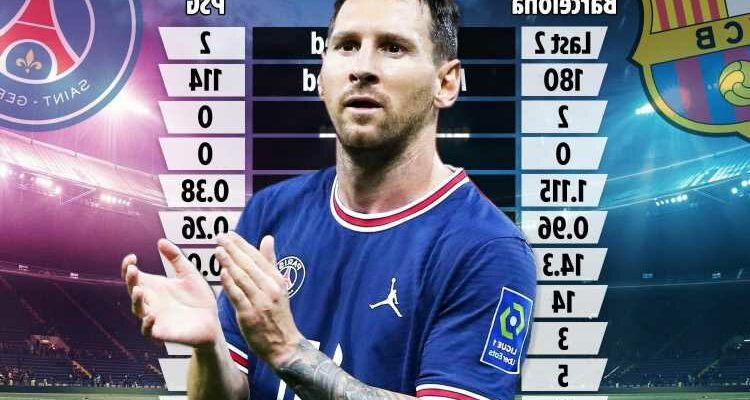 LIONEL MESSI’S stats from his first two Paris Saint-Germain games and his last two Barcelona games have been revealed.

The Argentina legend made a stunning move from Spain to France this summer when his Nou Camp contract expired. 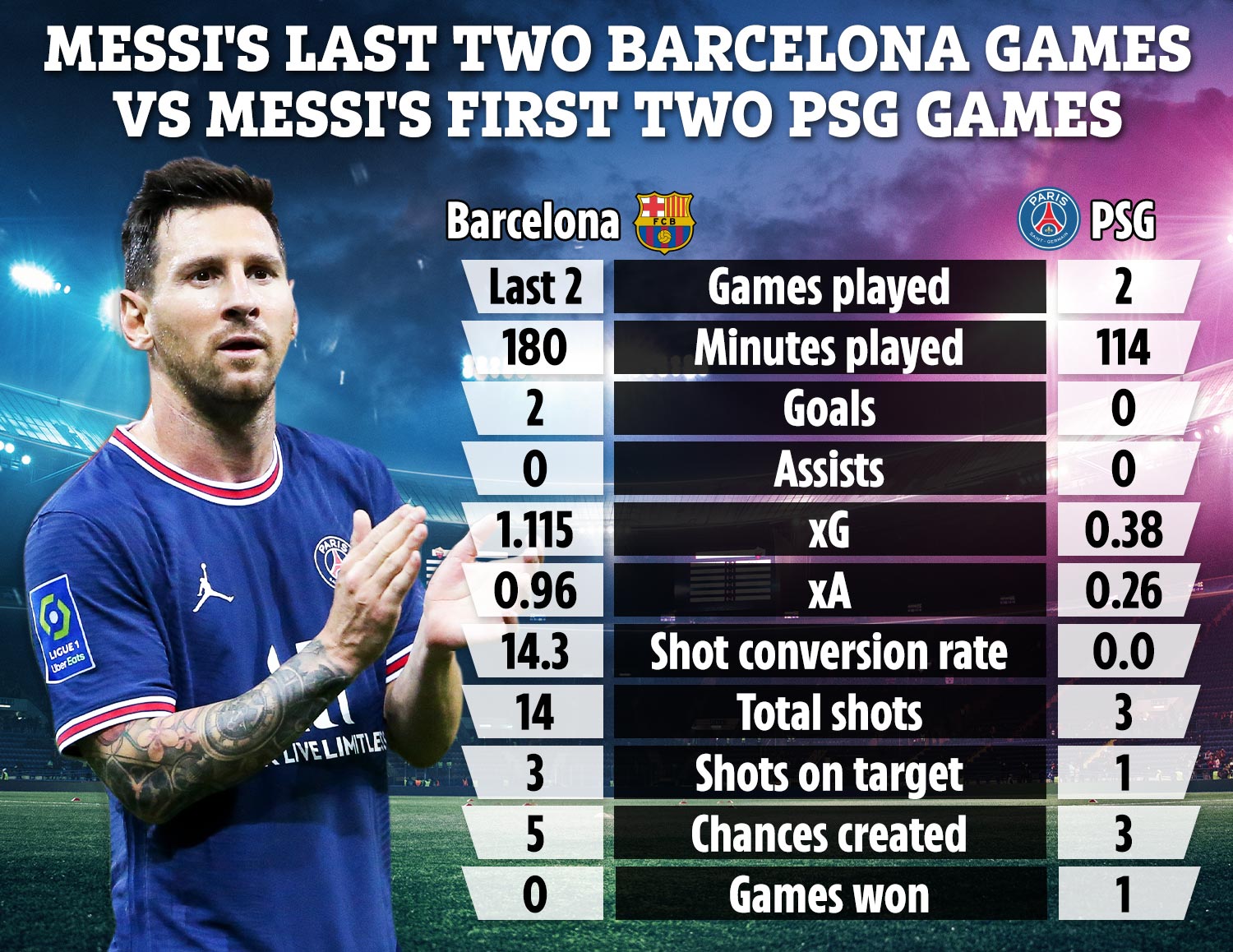 And after playing in PSG’s 1-1 Champions League draw against Club Brugge, Messi has now clocked up two appearances for his new side.

But how is the forward getting on compared to his last few games at Barcelona?

Ronald Koeman had Messi on the pitch for the full 90 minutes in both of those matches.

But at PSG, Messi has only featured for 114 minutes.

He has also failed to score or assist in that time, despite scoring two goals for Barca.

That means Messi’s expected goals tally in Spain was 1.15, compared with 0.38 in France.

The ace also had 14 shots in his two last Barcelona games, with three on target.

However, Messi had just three shots for PSG, with only one on target.

He also created just three chances for his new side, compared with five for Barcelona.

But Messi does have a better win rate in France, securing victory in one of his two games while failing to win either of his last Barcelona matches.

And it will be interesting to see over a course of more games how Messi fares in his new surroundings.