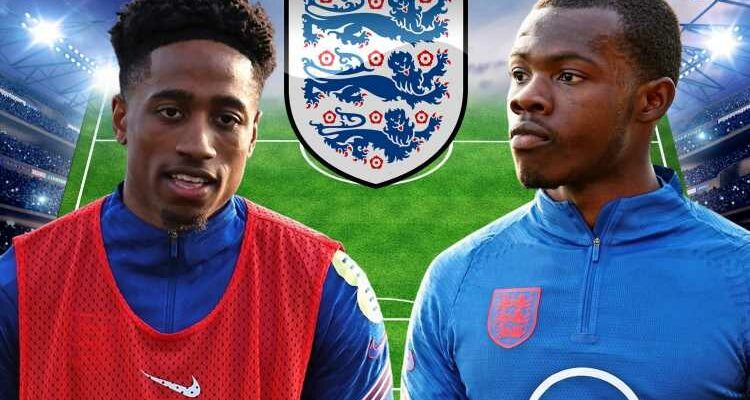 ENGLAND take on Switzerland at Wembley tomorrow to begin a friendly double header at the national stadium.

With World Cup qualification already secured, the Three Lions can relax this month without the stress of play-offs to navigate. 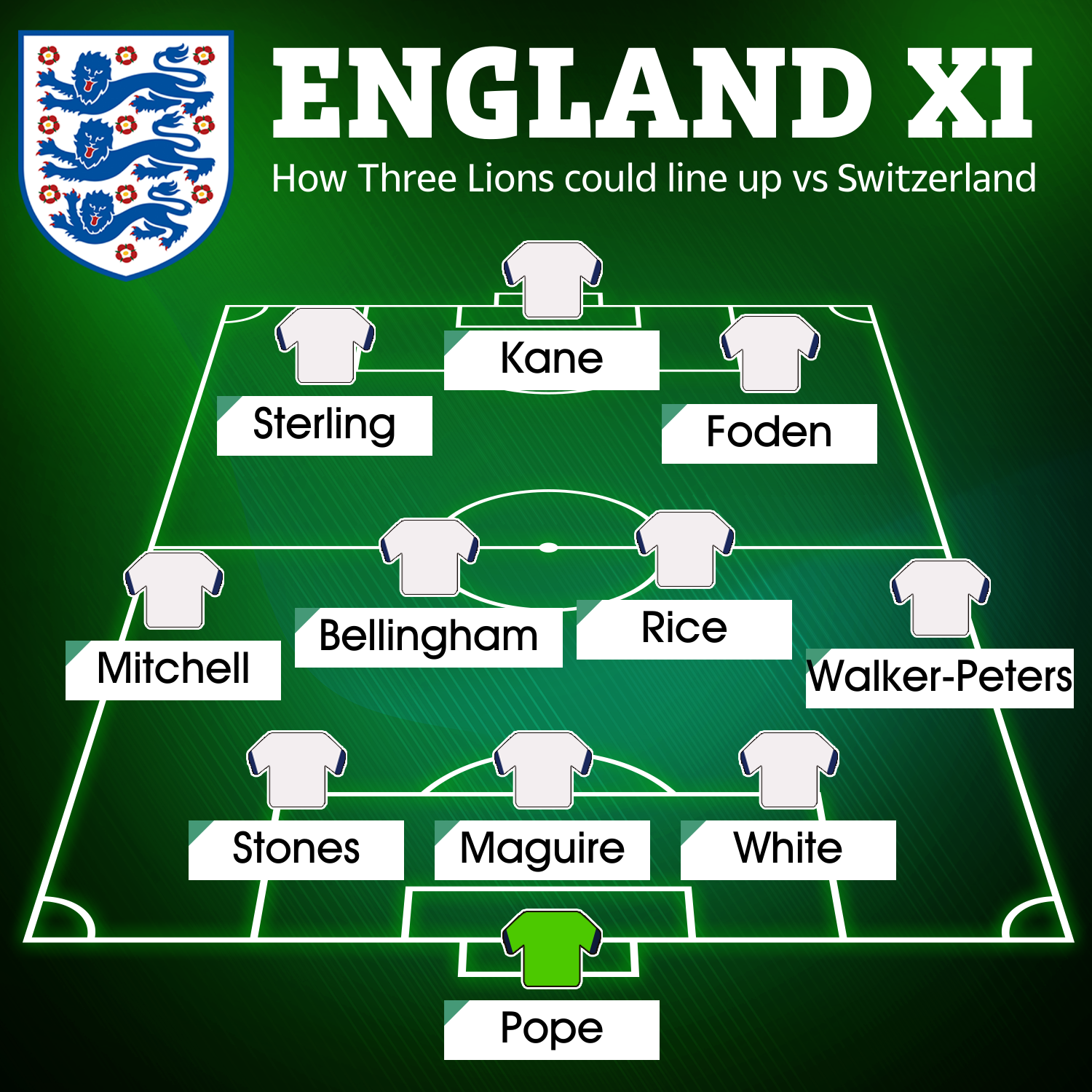 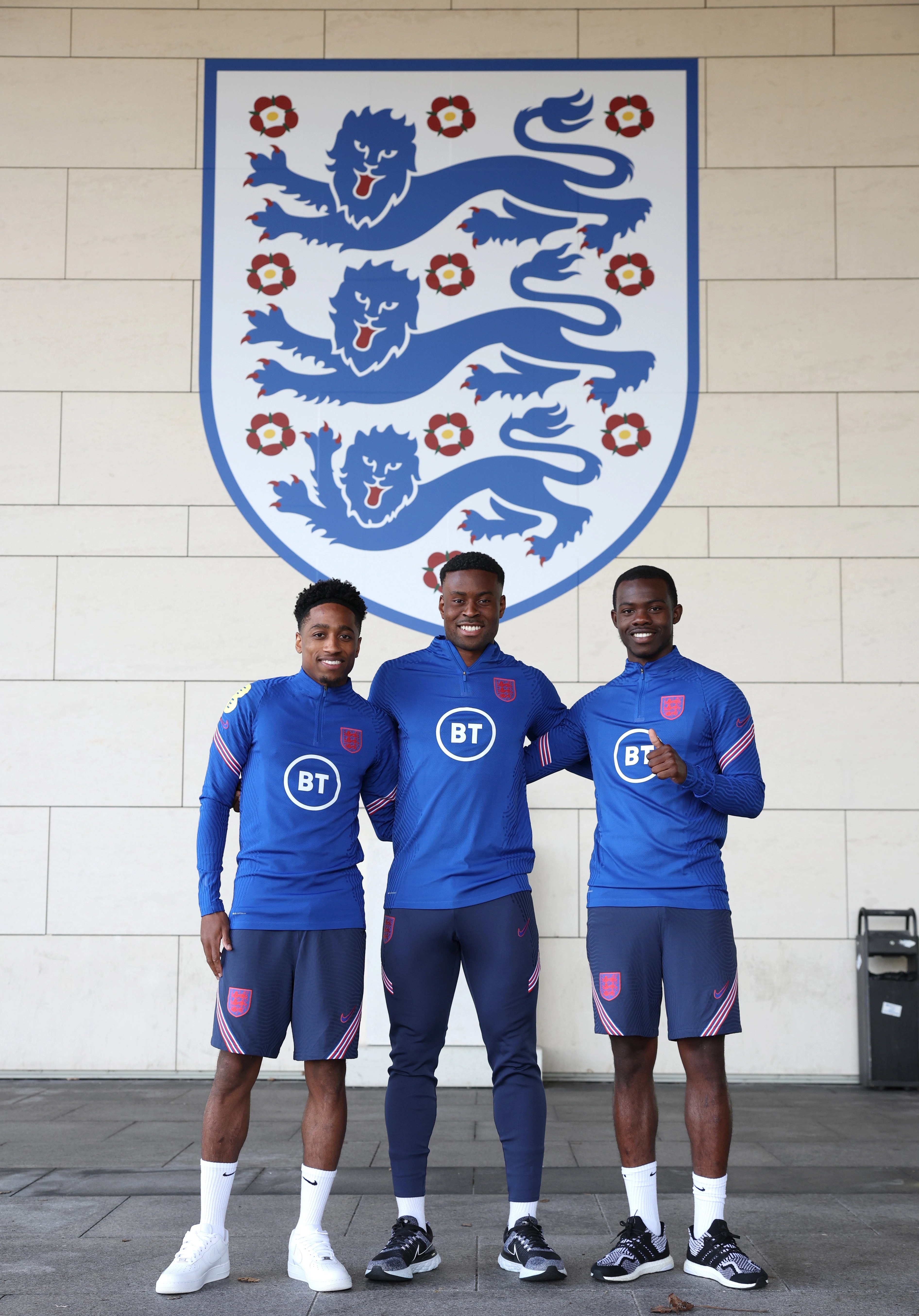 Matches against Ivory Coast and first, Switzerland, offer manager Gareth Southgate the opportunity to tinker with his side.

Uncapped defenders Tyrick Mitchell, Kyle Walker-Peters and Marc Guehi will all be desperate to earn their first caps after being called into the senior squad – while Conor Gallagher will be itching for his first Wembley action after making his debut in San Marino last November.

Southgate, 51, reverted to his back three formation last time out, having been disappointed by the 1-1 draw at home to Hungary at Wembley in October.

The tactical switch yielded a 5-0 win over Albania and a 10-0 mauling of San Marino – so the England boss could elect to stick with it this time around.

Nick Pope could be in line for a rare start between the sticks, although regular No1 Jordan Pickford will likely begin at least one of the two friendlies.

Southgate is set to stick with under-fire Harry Maguire at centre-back after insisting that the Manchester United captain has never let his country down.

Who partners him at the back remains to be seen, however, with Guehi in the mix as well as John Stones, Ben White, Conor Coady and Tyrone Mings.

Walker-Peters, 24, is the only recognised right-back in the squad after Reece James and Trent Alexander-Arnold's withdrawals, leaving him well placed to start irrespective of formation. 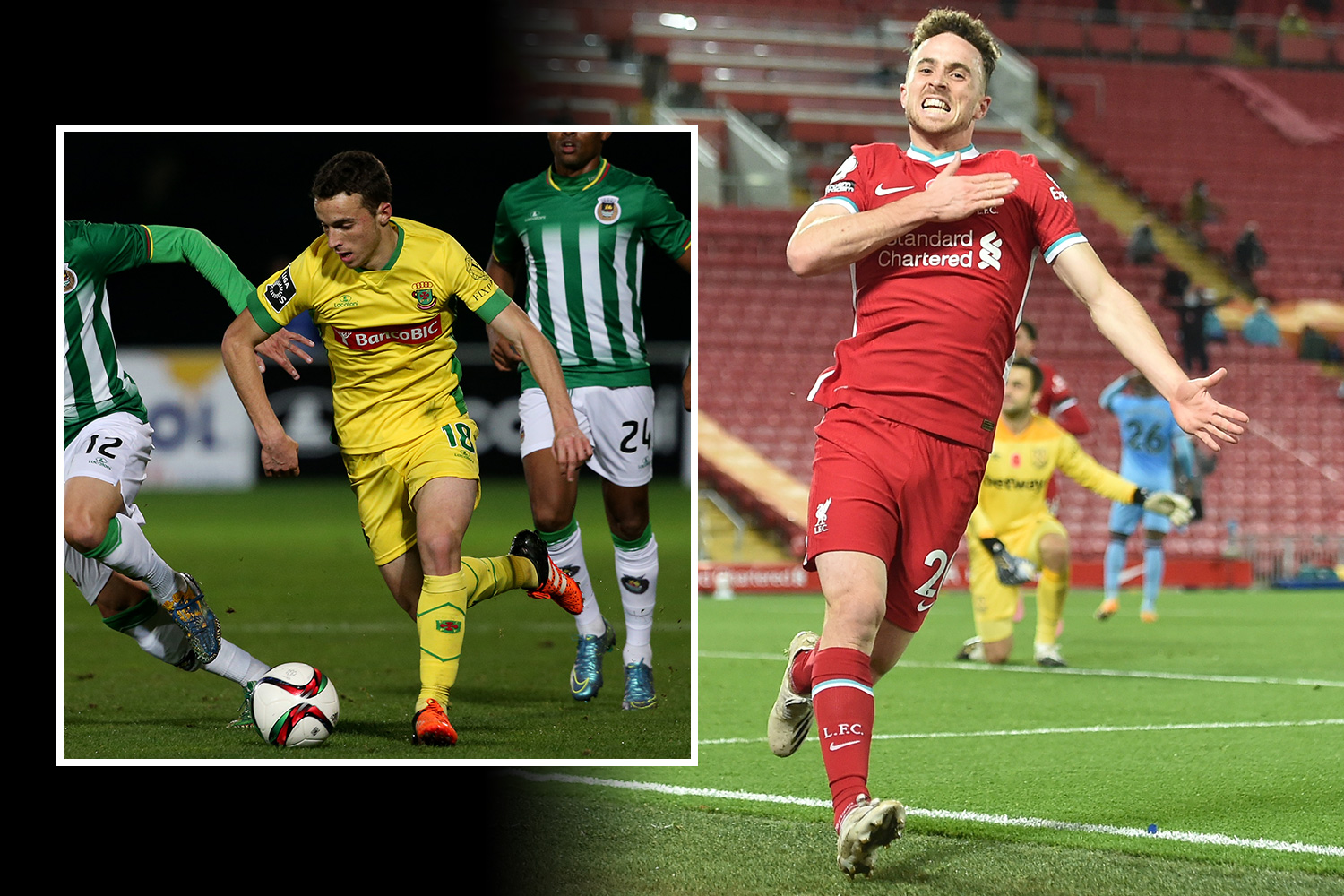 Jota was passed up by Portuguese club for £2,000 before £45m Liverpool move 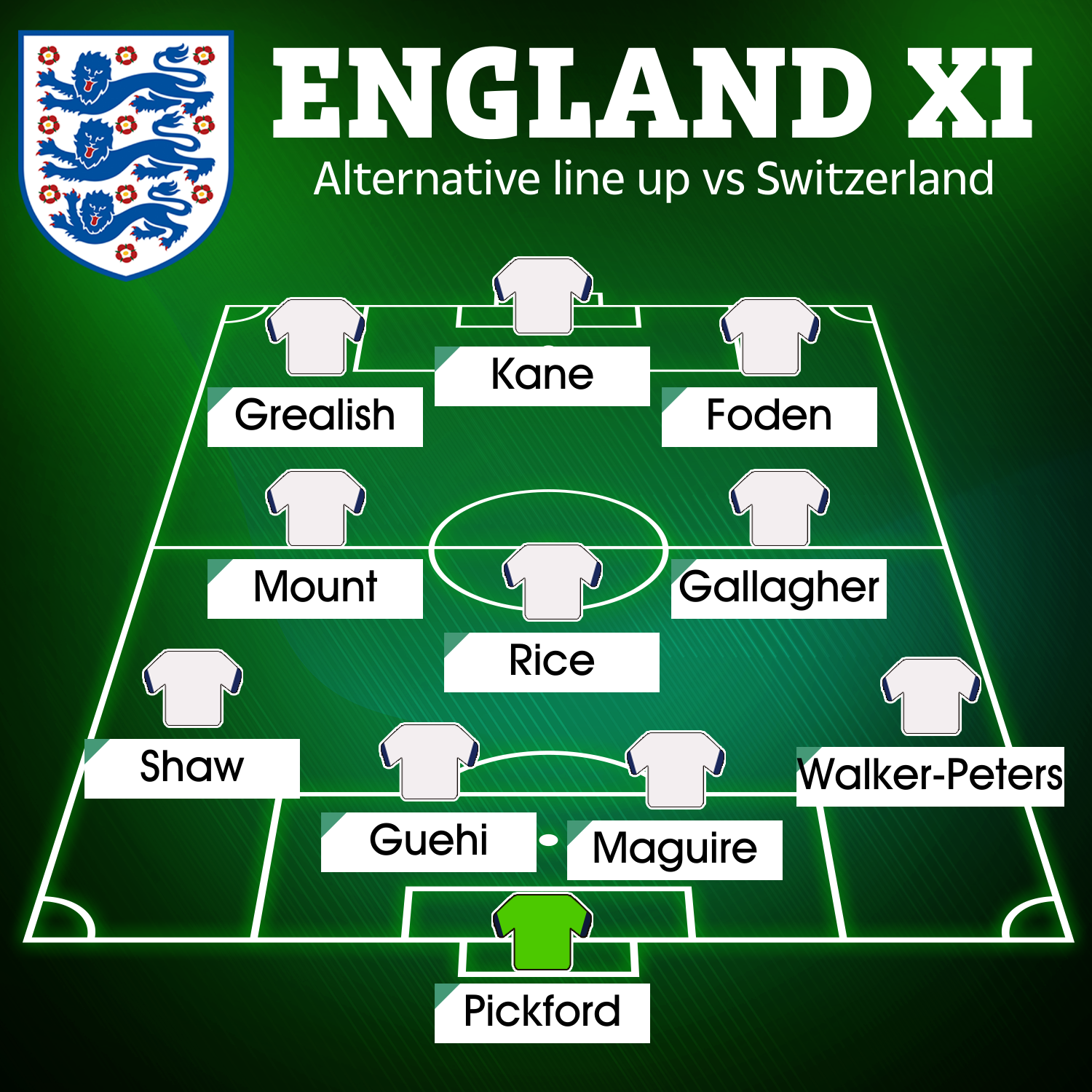 Mitchell, meanwhile, will have to jostle with Luke Shaw for minutes at left-back.

Declan Rice is a certainty to play in the middle of the park, although will be without his regular partner Kalvin Phillips due to injury.

The Leeds star's absence could open the door to Jude Bellingham, although Mason Mount, Gallagher, Jordan Henderson and James Ward-Prowse are also in the mix.

Skipper Harry Kane is charging down Wayne Rooney's scoring record of 53 goals for England, standing at 48 now after his exploits last time out in the autumn.

The Tottenham star has a top four race to get back to at club level next week, but that probably won't stop him from playing 180 minutes across the two friendlies in pursuit of history, if Southgate allows.

He could be flanked by Manchester City duo Raheem Sterling and Phil Foden – although Jack Grealish and late call-up Ollie Watkins will want to feature.

Bukayo Saka misses out after testing positive for Covid-19, while his Arsenal pal Emile Smith Rowe is also expected to be absent with a minor injury. 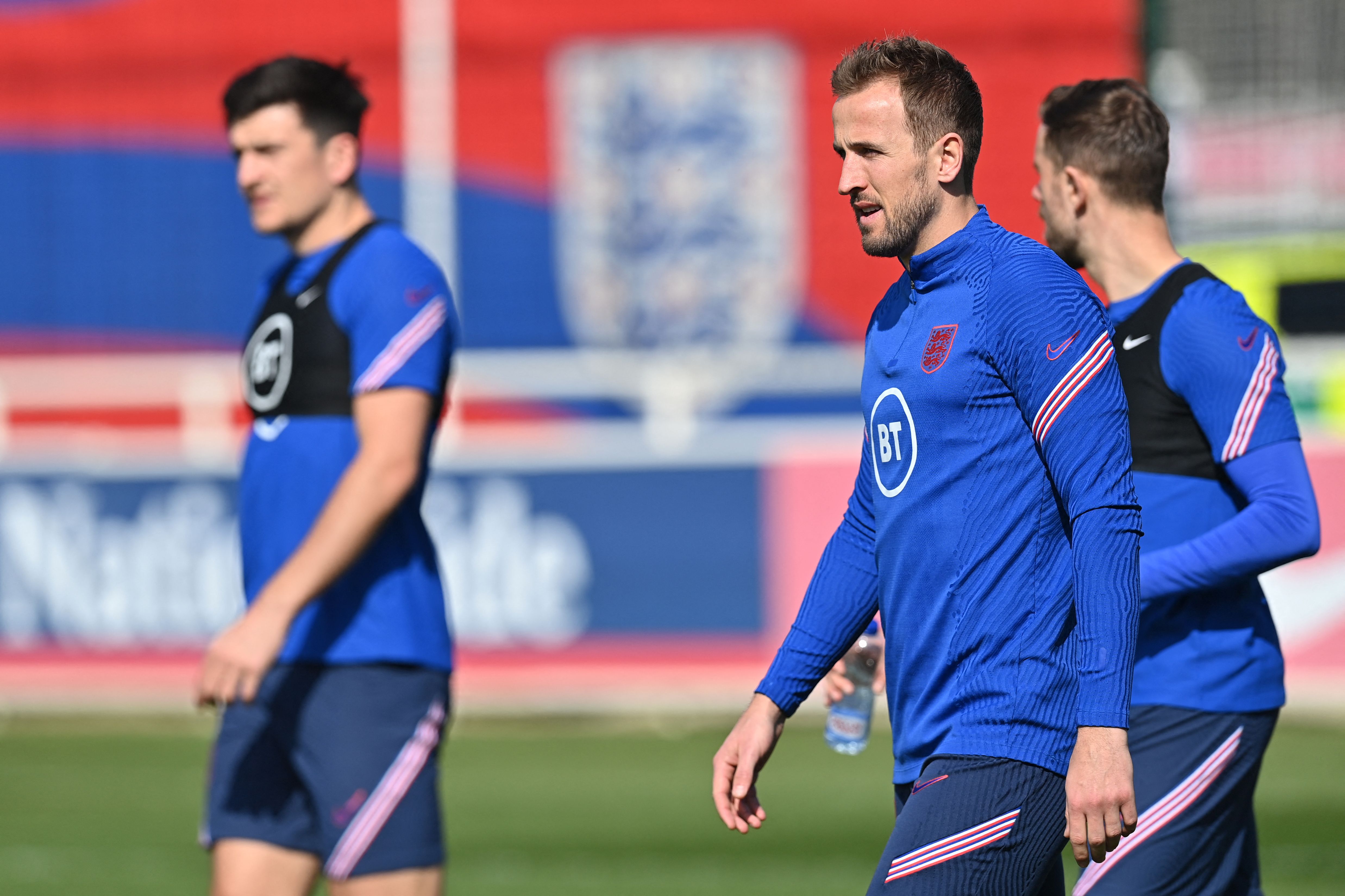