The Premier League leaders may be missing key men in Kevin De Bruyne, Sergio Aguero and Benjamin Mendy, but they still have more than enough attacking talent to out-gun the Blues. 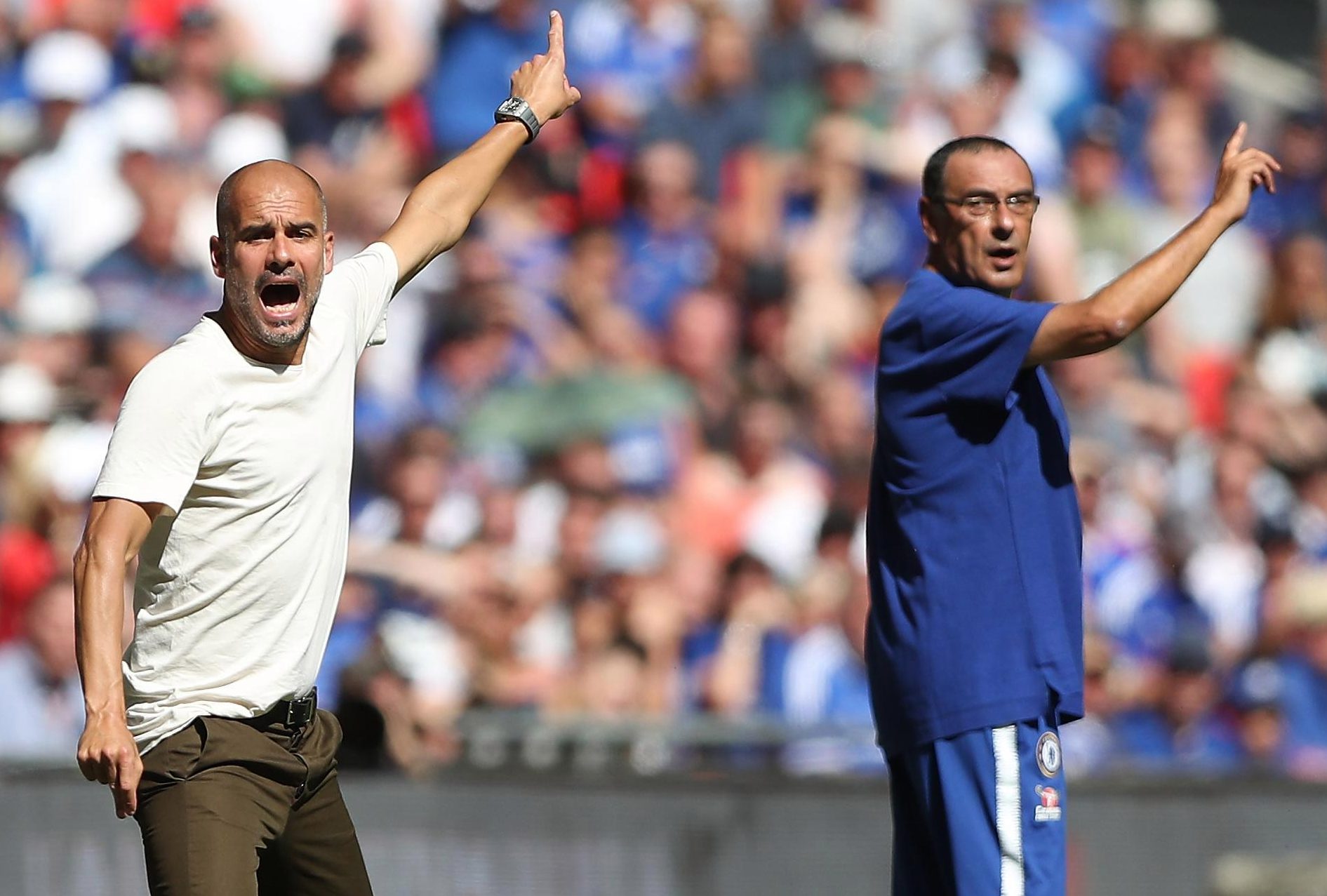 Italian boss Sarri has preached Sarri-ball since arriving in SW6, putting heavy emphasis on dominating possession to wear out the opponent and strike.

A glance at the table this time last month and everything would've have appeared rosy – after a 3-1 win against Crystal Palace on November 4, Chelsea were second, just two points off City.

The Blues had won eight and drawn three of their opening 11 games – but scratch below the surface and things weren't as good as billed.

As SunSport revealed earlier this week, Sarri's start to the season is now the third-worst in the Roman Abramovich era. 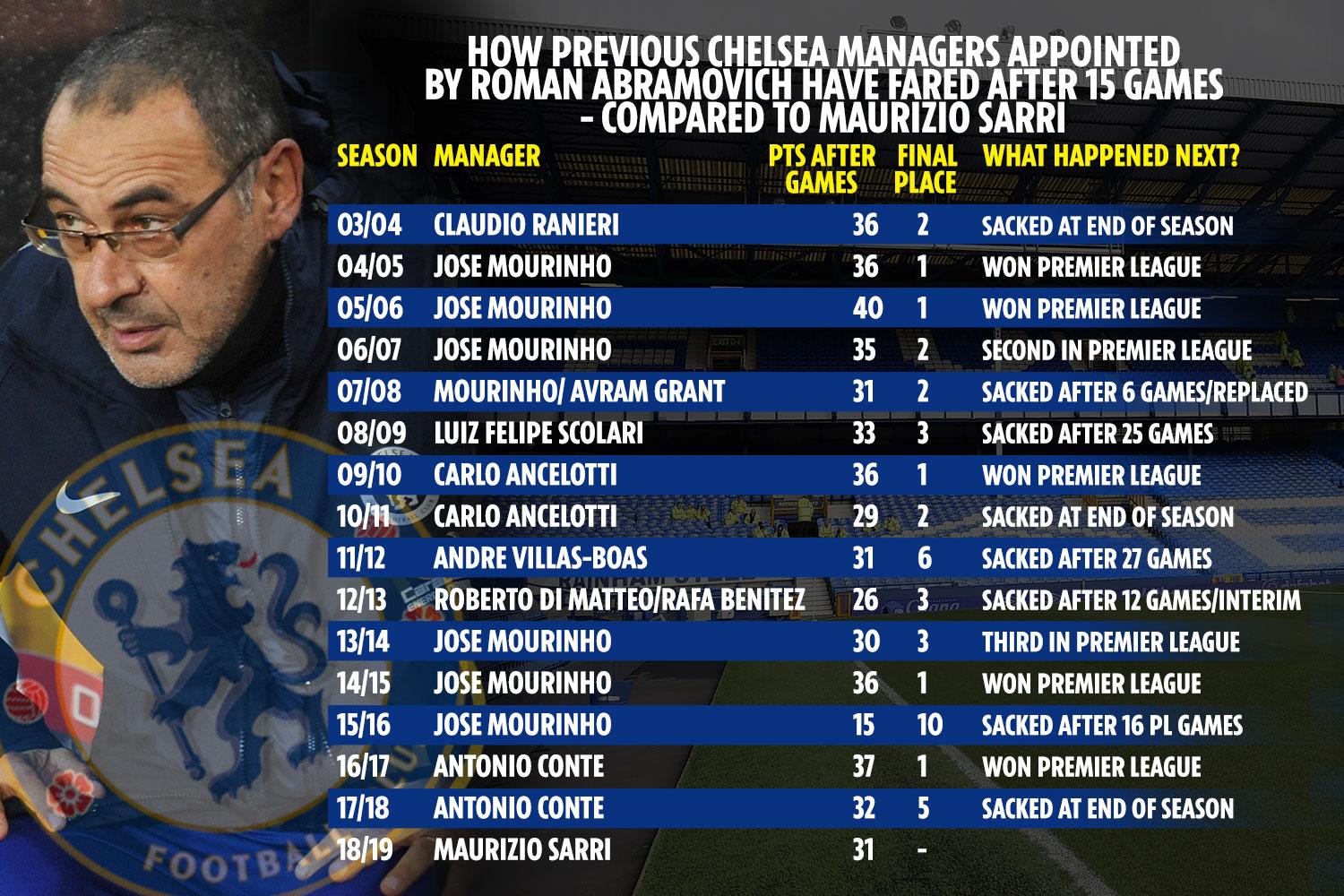 Games Chelsea had won or drawn – Arsenal, Newcastle, Bournemouth, West Ham, Liverpool, Manchester United – could have easily been lost if the opposition had taken chances.

It's hard to criticise an unbeaten team but there were signs that the Blues would eventually come unstuck.

Sarri-ball ground to a halt against a stubborn Everton team and Chelsea were horrible against Tottenham.

An easy win against a poor Fulham team followed but the defeat to Wolves brought back all the negatives of Sarri-ball. 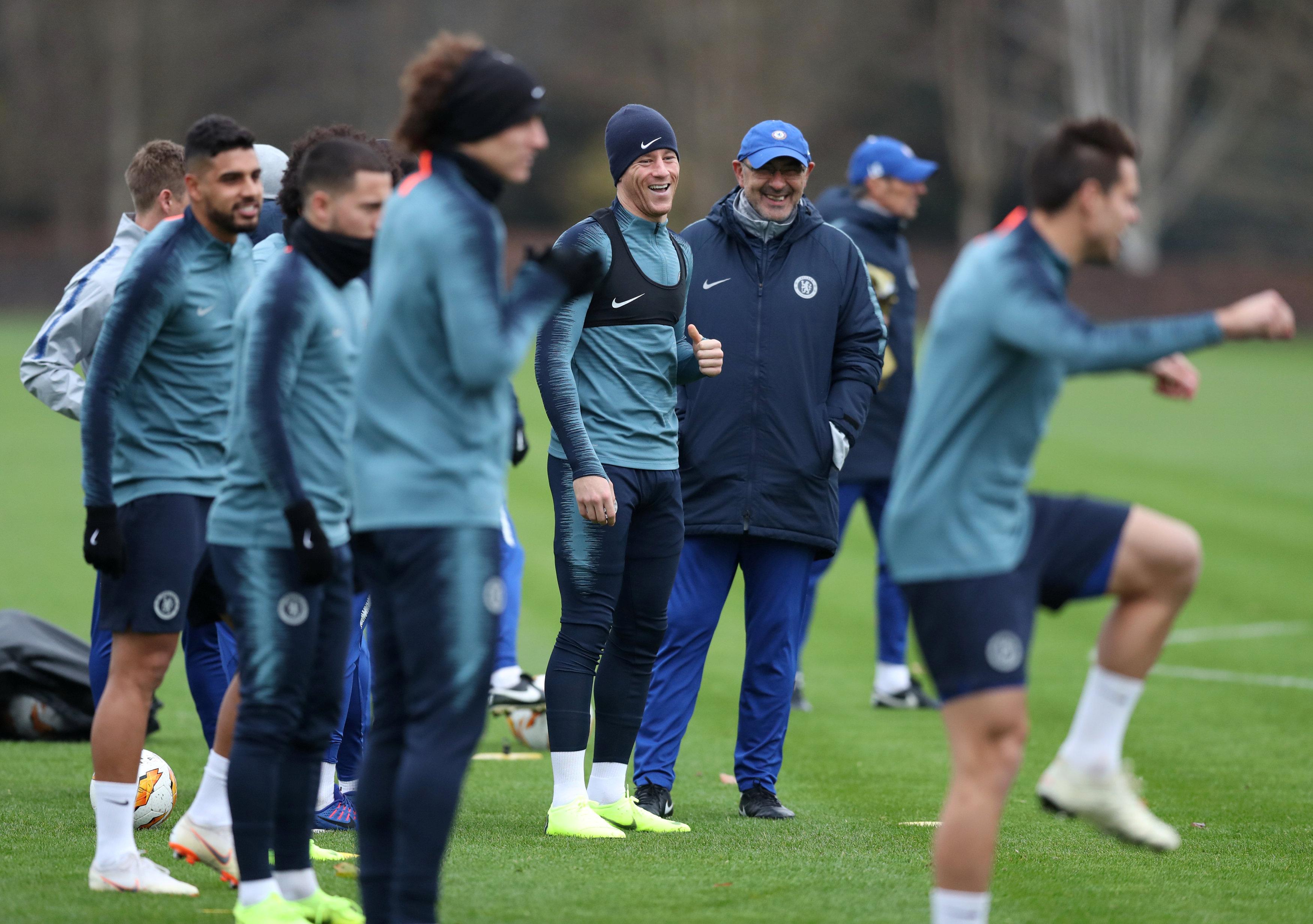 The Blues had 71 PER CENT possession – but did absolutely nothing with it.

It was passing for passing's sake.

Sarri's stubborn team selection again was a cause for concern.

The base of midfield is where Chelsea's biggest problems come – and where they will come against Man City. 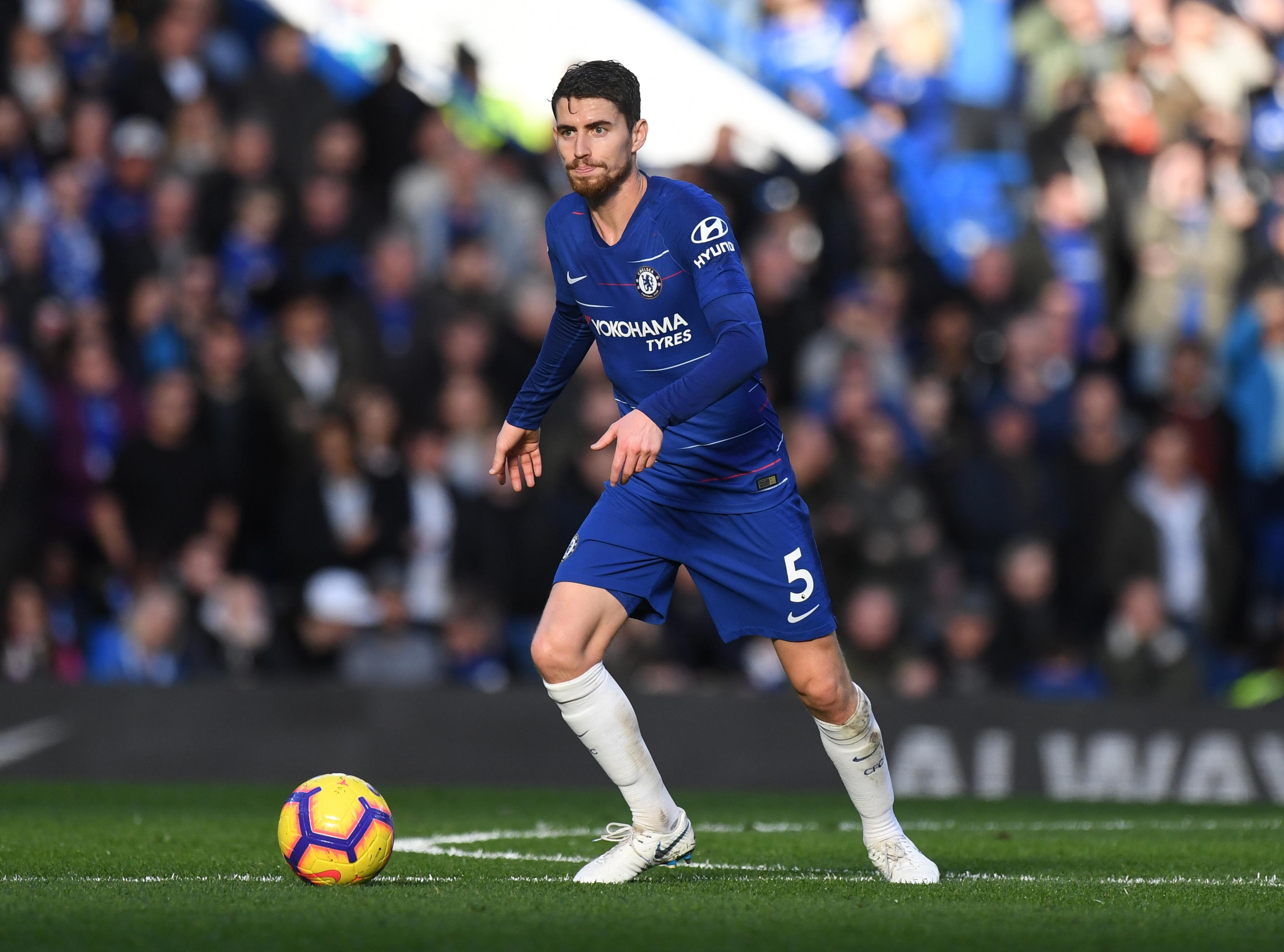 Keeping the ball is integral to Sarri-ball and that's why the Italian should ditch it at Stamford Bridge.

Cesc Fabregas played the role at Molineaux and was great on the ball – but it's out of possession where he and regular Jorginho have been exposed.

They simply do not have the athleticism to cover ground defensively when Chelsea lose it, leaving an already weak back four facing a stream of attackers.

For Chelsea to have any chance at beating City, Sarri has to ditch his possession-heavy scheme in favour of surrendering possession and trying to hit them on the break. 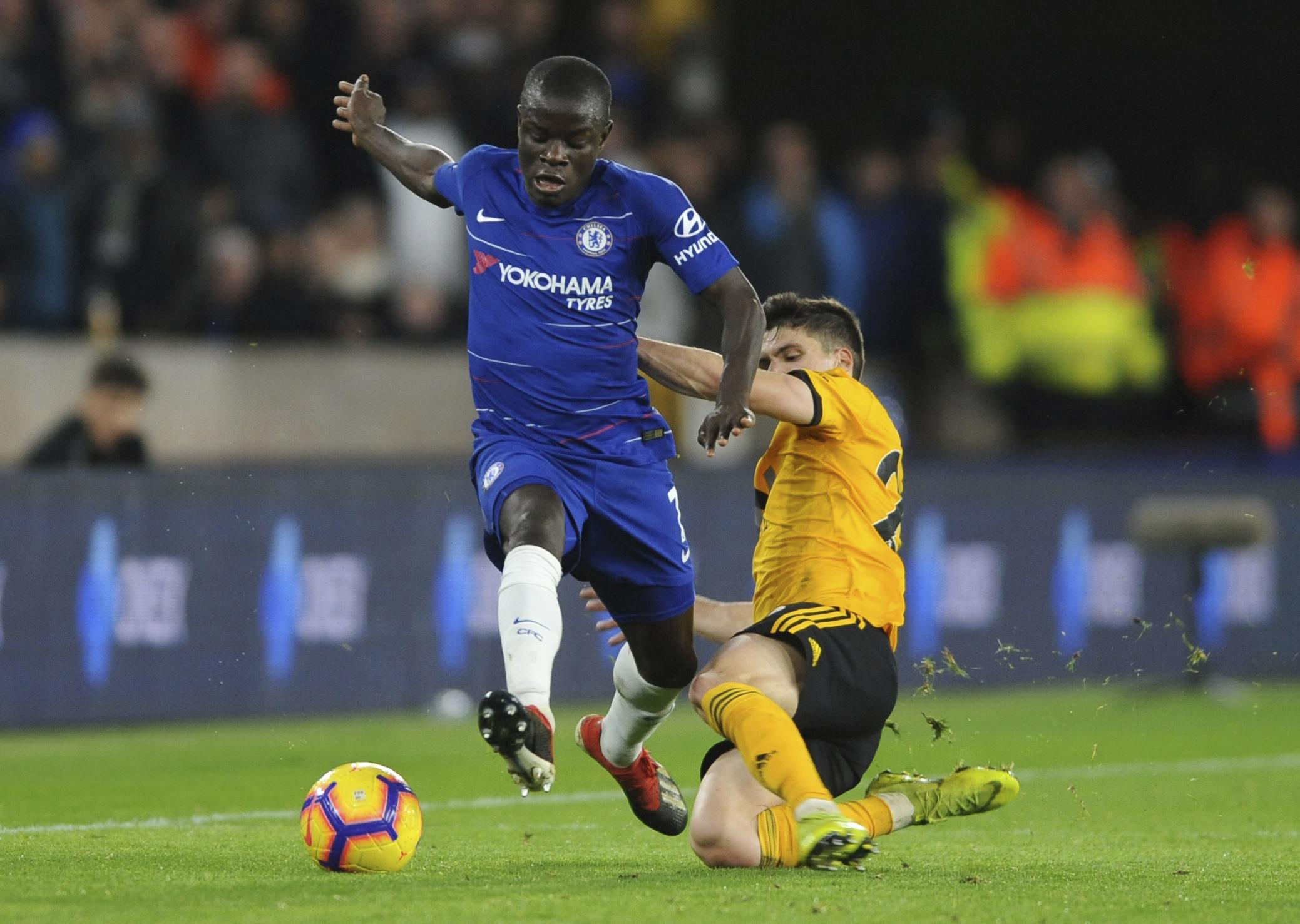 Liverpool offered the blueprint on how to beat City last season in the Champions League, with relentless pressing and lightning-quick counter-attacks.

Chelsea do not have the front three to do that, but they can offer a midfield to put pressure on City.

N'Golo Kante continues to operate way below par while being played too high up the pitch on the right.

Kante is not Claude Makelele – as some pundits have tried to paint him – but a box-to-box midfield destroyer. 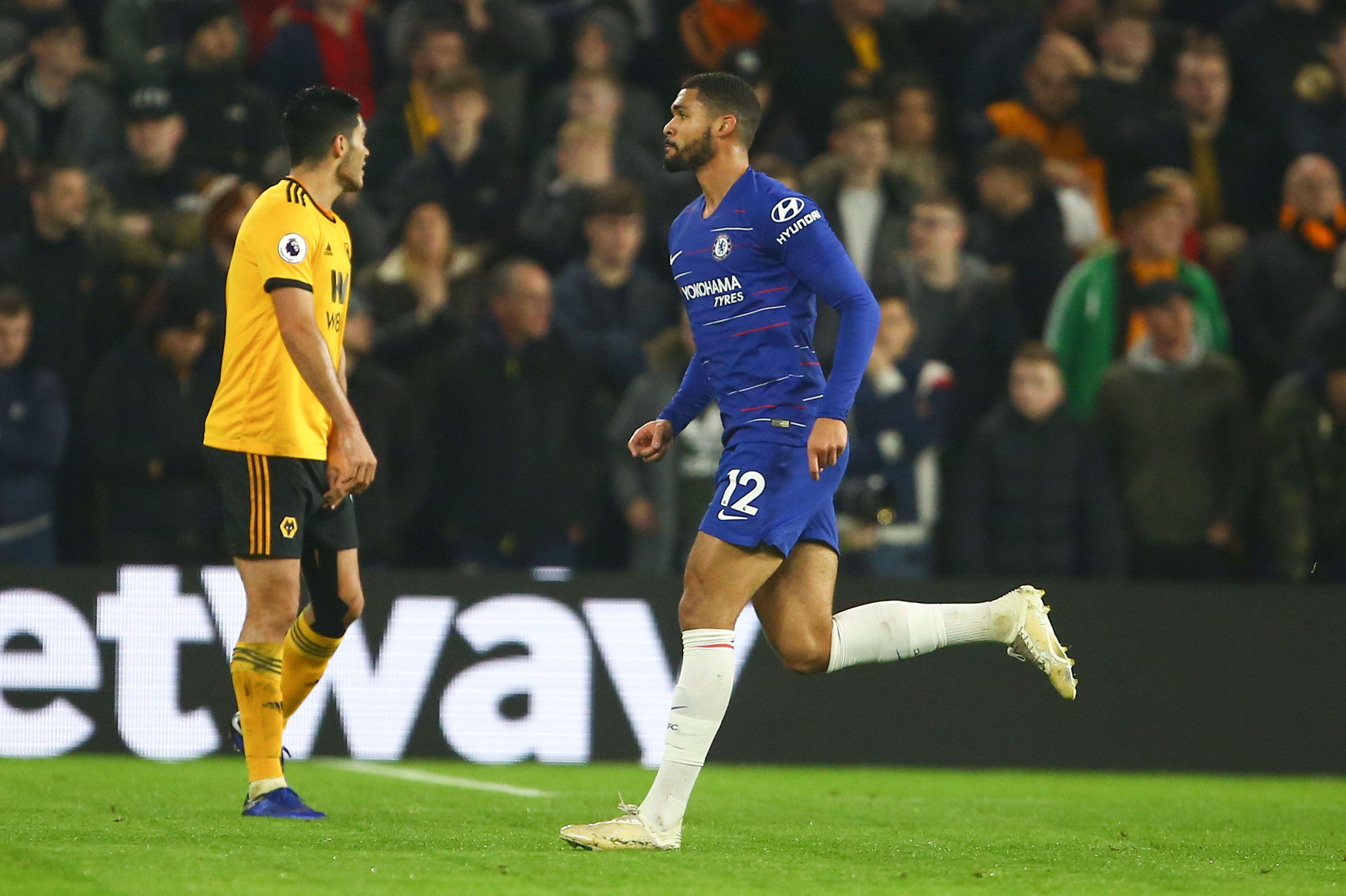 In Sarri's system, he has been 30 yards away from where he needs to be and does not possess the technical gifts on the ball to make any kind of impact in the final third.

A simple but effective measure, Kante has scored just once and provided two assists in 15 Premier League games this season.

Against City, Kante has to play at the base of the midfield three.

Who he is flanked by is another big decision for Sarri. 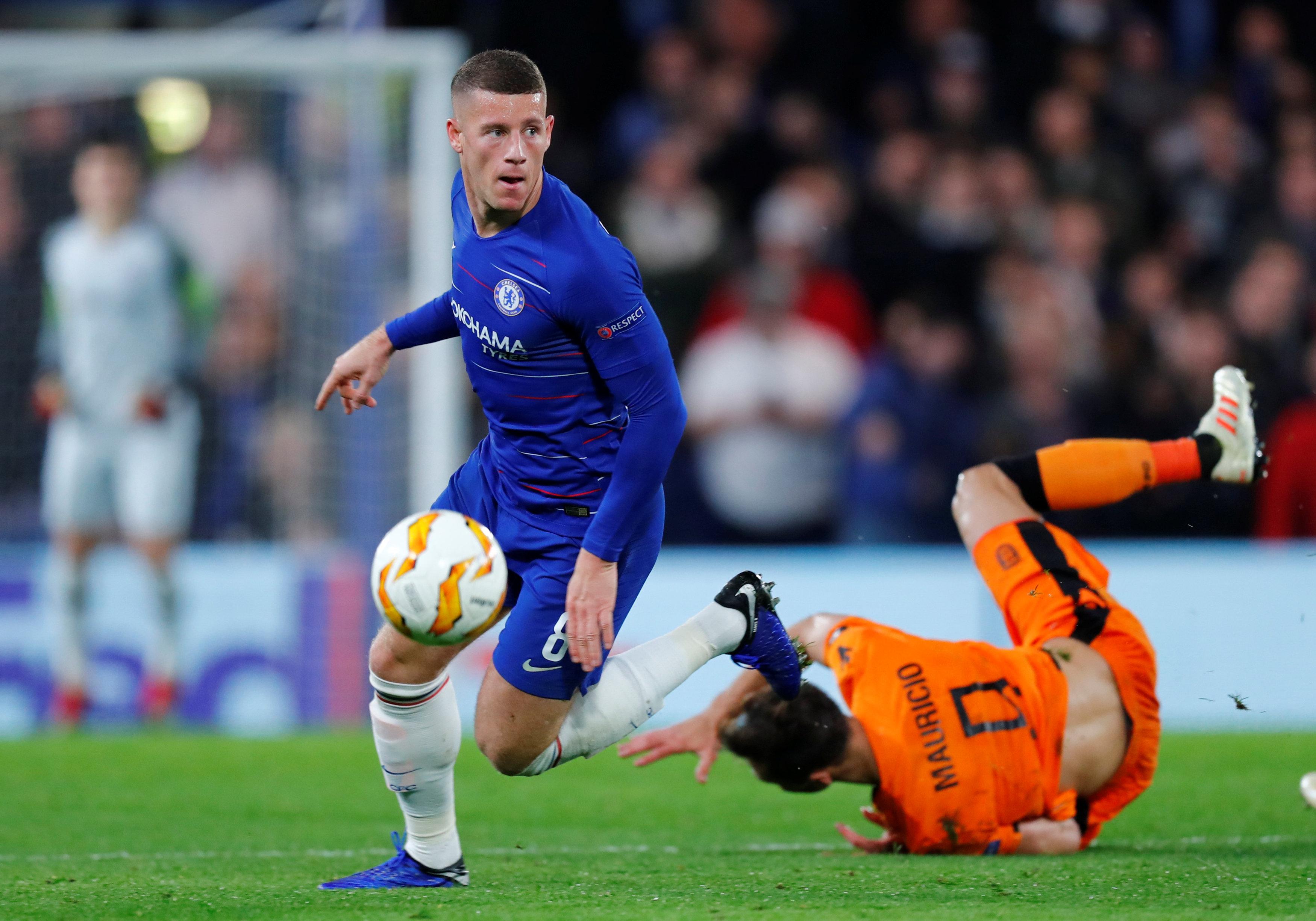 In all likelihood, Sarri will trust Jorginho to bounce back but favouring a counter-attacking system with powerful midfield runners may bring more joy.

Mateo Kovacic is another player who is smart in possession but does not have the elite athleticism to get in City faces.

Pep Guardiola's team are able to pick apart the best players in the world.

But going with a midfield trio of Kante, Ross Barkley and Ruben Loftus-Cheek would give the Blues a bit more power and mobility – and the chance to break quickly should they win the ball back. 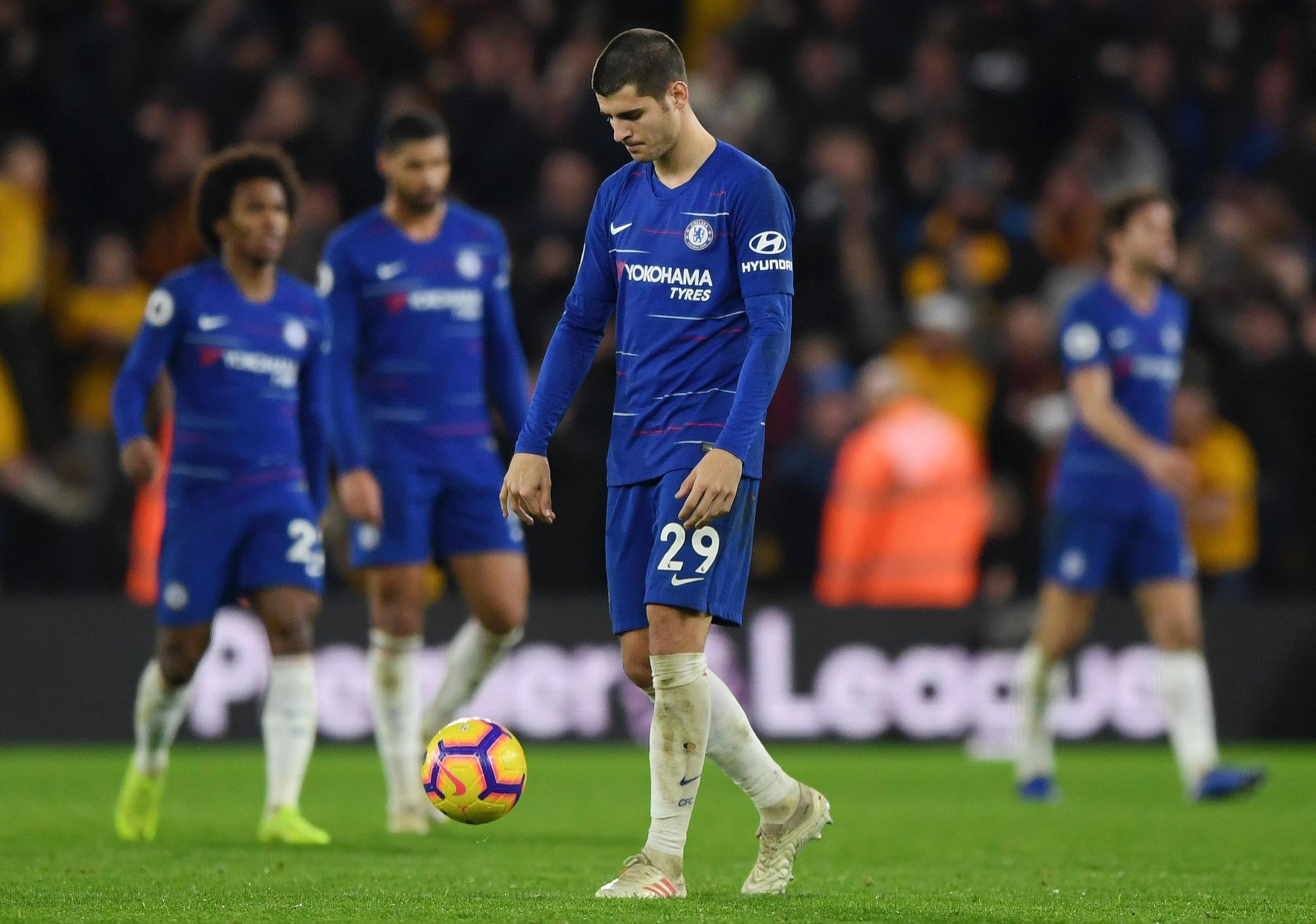 It's a hard pill to swallow, but Chelsea's best chance is to try and limit a rampant City team that are scoring an average of three goals a game this season.

They will not compete with City if they try and match them for passing and possession – no one in England can.

Further forward, another listless performance from Alvaro Morata should be one of his very last at the club.

Olivier Giroud has his faults – and his lack of pace will be a problem if Chelsea are to play on the counter – but the Frenchman is a clear upgrade over the Spaniard.

Eden Hazard, Chelsea's best player and the only attacker who would get anywhere near the City team, plays better when Giroud is in the side.

For that reason alone, the former Arsenal man has to play. 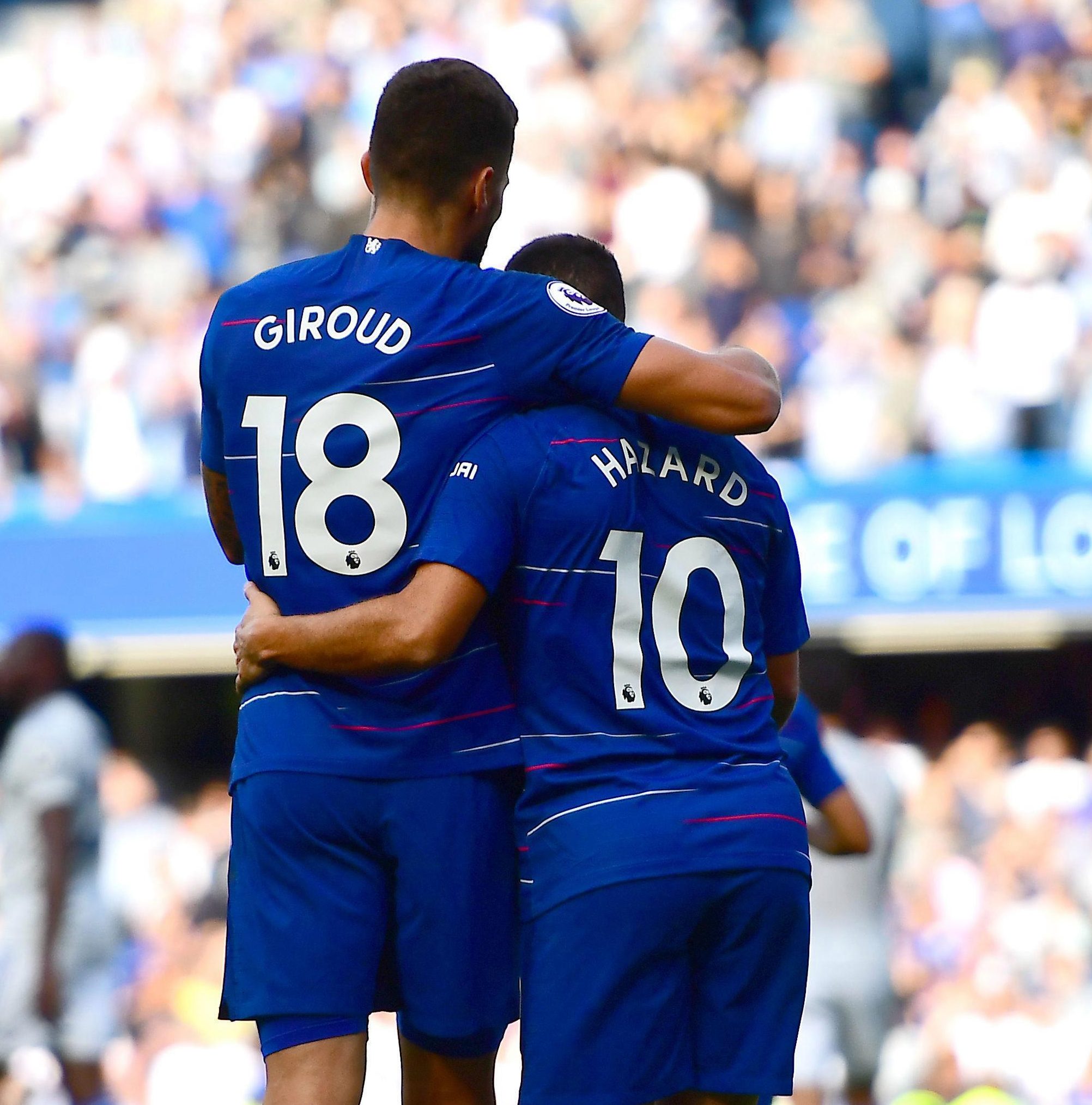 Morata offers nothing, whereas Giroud is a physical presence and has the skill to bring his team-mates into play.

Pedro has to start over Willian, with the Brazilian again showing how little he still wants to be at the club against Wolves.

Former Barcelona man Pedro is physically weak, but he has an eye for goal and for a pass – and you know he will never stop running.

Problems for the Blues will come at the back – it's hard to see them home side keeping a clean sheet.

Chelsea's back four is all over the place at the moment.

The usually reliable Cesar Azpilicueta is having his worst season at Stamford Bridge.

Marcos Alonso is constantly out of position up the pitch and both David Luiz and Andreas Christensen are accidents waiting to happen.

Antonio Rudiger is the only defender who has consistently performed this season.

Christensen should get the nod over Luiz, given the floppy-haired Brazilians awful performance at Spurs.

Picking this team to play City will not go over well with Sarri – it totally goes against his football philosophy and principles. 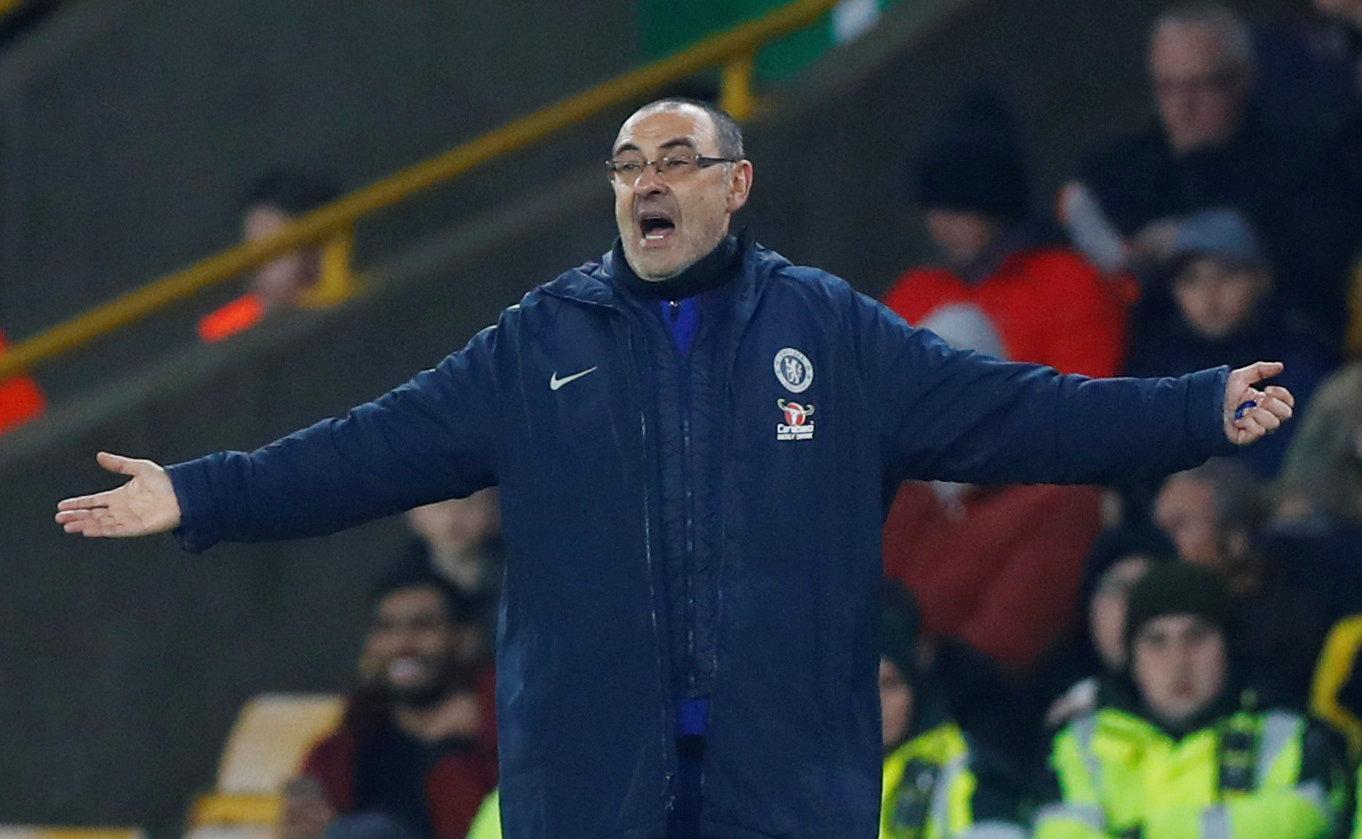 But playing Sarri-ball – with this current group of players – against a strong attacking team was ruthlessly exposed against Tottenham.

It could be an even worse day against City.

Chelsea are already 11 points off of the Premier League leaders with Arsenal breathing down their necks in the race for the top four and some Blues fans are starting to turn on stubborn Sarri.

Sacrificing his principles for a one-off game against the best Premier League team of the last five years could end with a big reward.