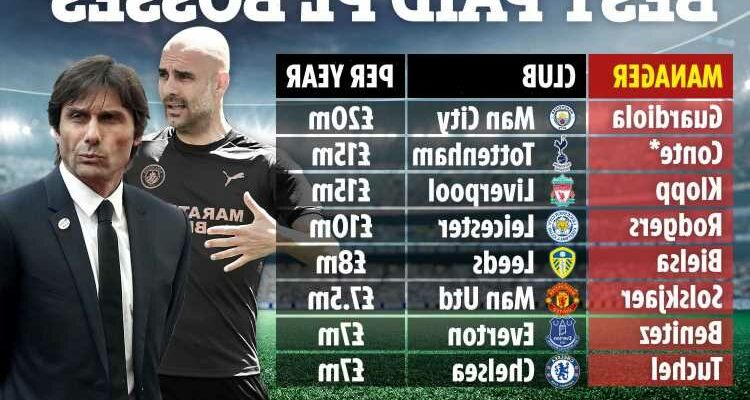 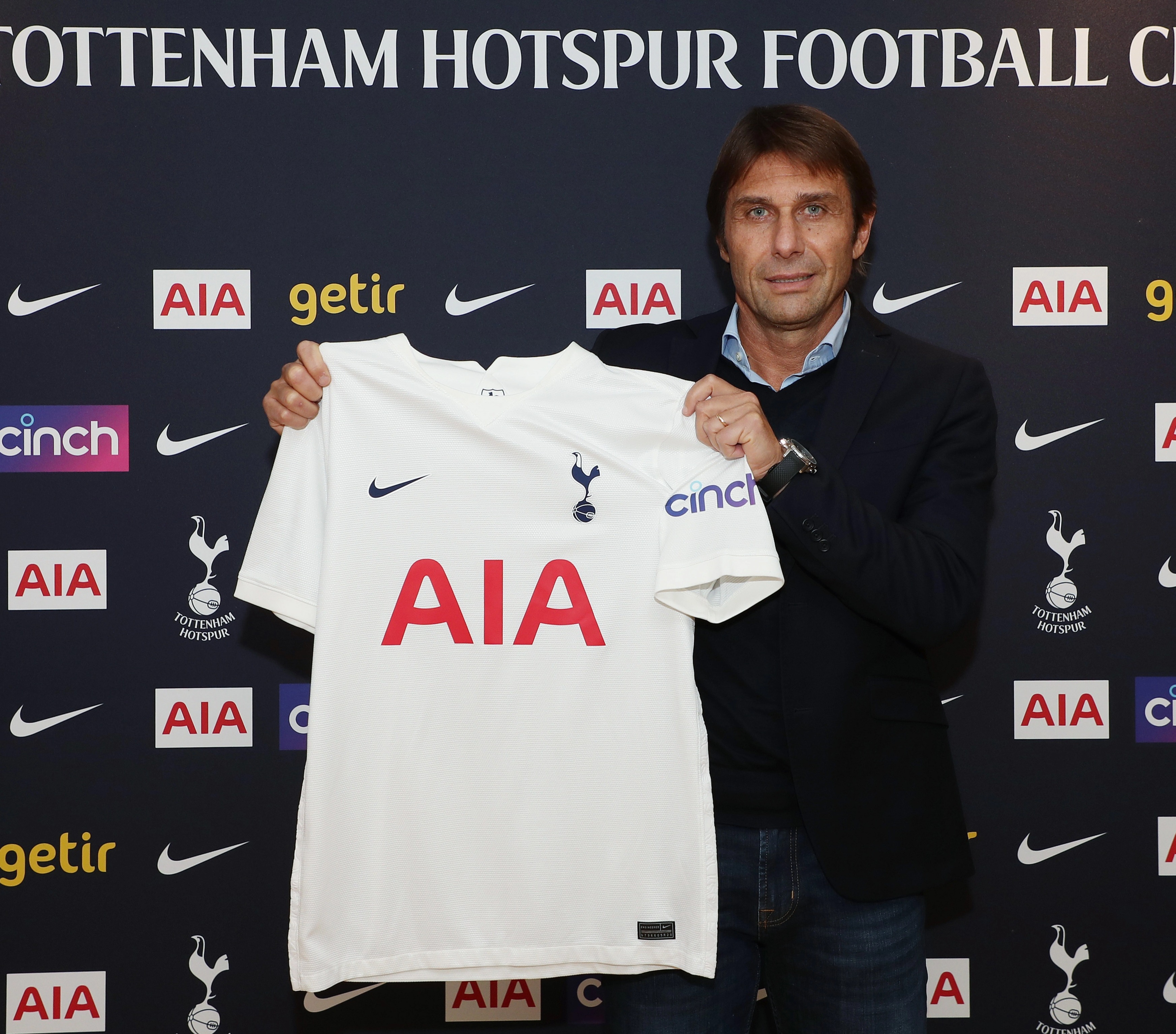 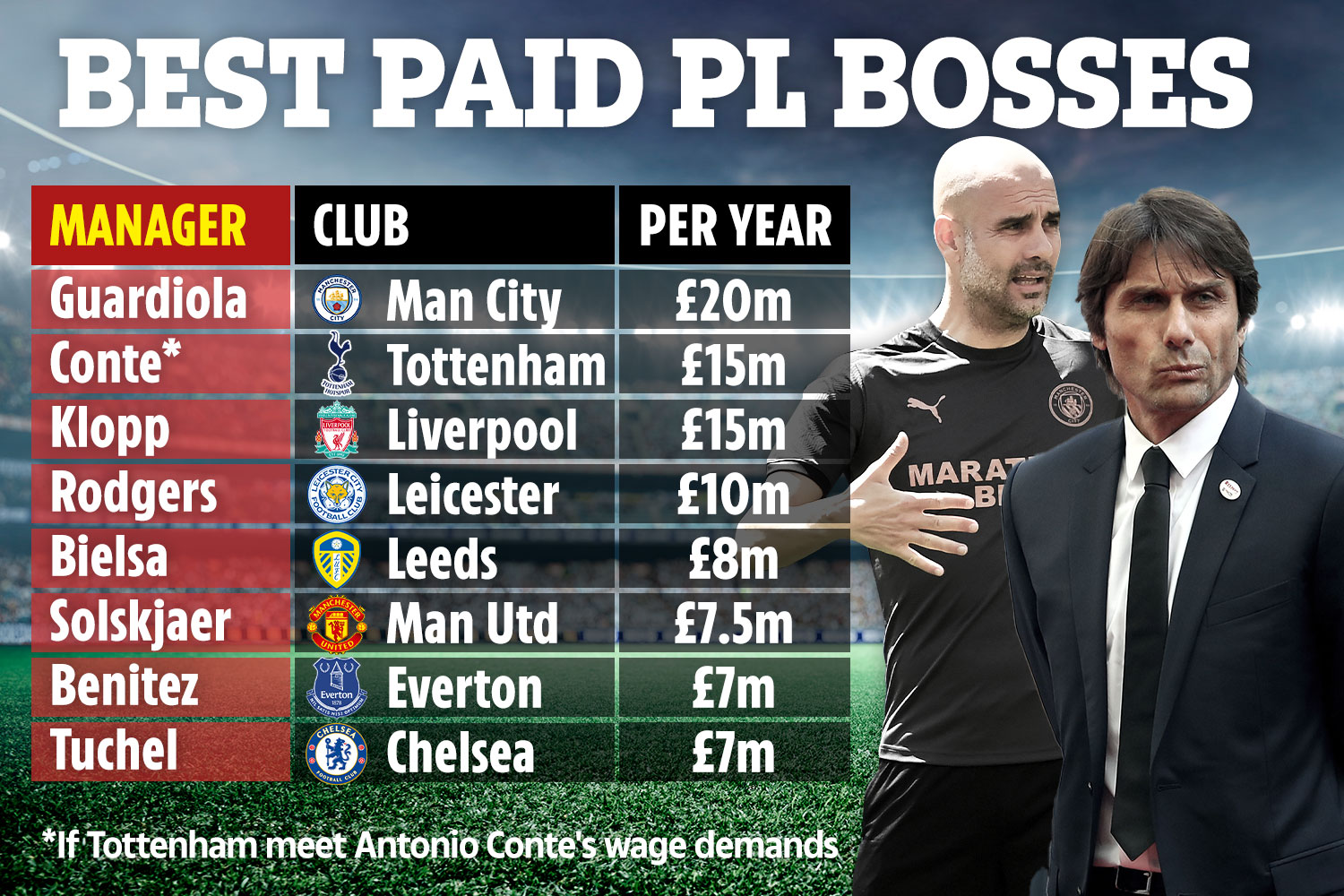 He put pen to paper on the contract thought to be worth a staggering £15million per year.

And it puts him on a level pay grade as Jurgen Klopp at Liverpool following the German's contract extension in December 2019.

However, Manchester City chief Guardiola leads the way among England's top bosses on a staggering £20m per year – or £385,000 per week.

Brendan Rodgers may have missed out on a top-four finish with Leicester for the past two seasons.

But his £10m annual pay packet is enough to secure fourth in the list.

Following them on £7m are current Chelsea manager Thomas Tuchel and ex-Blues gaffer Rafael Benitez, now in charge at Everton.

Conte had been out of work since the summer when he resigned from Inter Milan having won the Serie A title.

He takes on Vitesse in the Europa Conference League on Thursday before taking on Benitez then Bielsa.

Speaking after confirming his return to the Premier League, the ex-Chelsea and Italy boss said: "I am extremely happy to return to coaching, and to do so at a Premier League club that has the ambition to be a protagonist again.

“Tottenham Hotspur has state-of-the-art facilities and one of the best stadiums in the world.

“I can't wait to start working to convey to the team and the fans the passion, mentality and determination that have always distinguished me, as a player and as a coach.

“Last summer our union did not happen because the end of my relationship with Inter was still too recent and emotionally too involved with the end of the season, so I felt that it wasn’t yet the right time to return to coaching.

“But the contagious enthusiasm and determination of Daniel Levy in wanting to entrust me with this task had already hit the mark. Now that the opportunity has returned, I have chosen to take it with great conviction.”