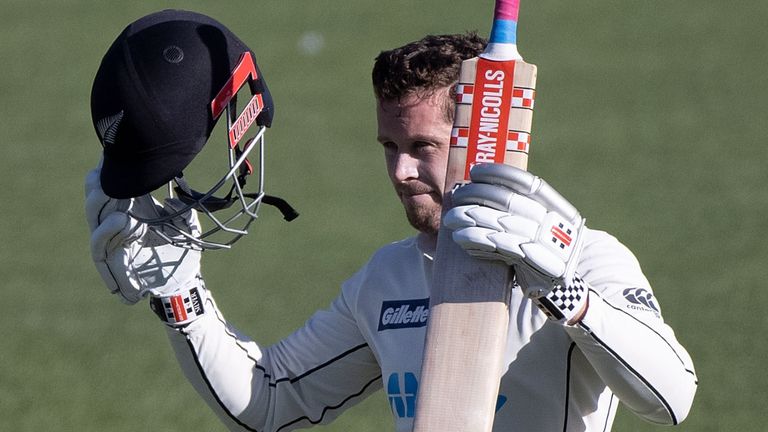 Henry Nicholls scored his sixth Test century and led New Zealand’s middle-order fightback as the Black Caps reached 294-6 on day one of the second and final Test against West Indies in Wellington.

The left-hander was unbeaten on 117 from 207 balls at stumps for New Zealand, who are without captain Kane Williamson due to the impending birth of his first child.

Nicholls had not passed fifty in 13 Test innings since scoring a ton against Bangladesh at the same ground in March 2019 and rode his luck on a pitch that offered assistance to the West Indies attack.

The 29-year-old was dropped three times, twice at first slip, and took several deliveries on the body. 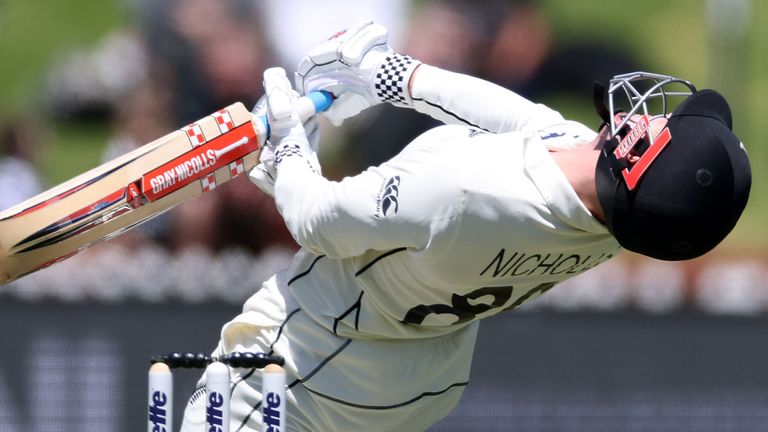 West Indies quick Shannon Gabriel struggled to find his radar early on, shipping 21 runs combined from his first two overs in game the tourists must win to salvage a series draw having been thumped by an innings and 134 runs in the opening Test. Gabriel shortened his length slightly after those first 12 deliveries, getting the ball to move and jump off a length, creating numerous false shots, and landing blows on the New Zealand batsmen.

The paceman captured the wickets of Tom Blundell (14), Young and Ross Taylor (9) to finish with figures of 3-57 from 18 overs – Young’s dismissal earning Gabriel his 150th Test scalp in his 50th appearance in the format.

Debutant Chemar Holder also proved a handful, with the seamer’s 2-65 featuring the wickets of Latham (27) and Mitchell.

Alzarri Joseph was the other bowler to strike, dismissing Watling, leaving Nichollas with Kyle Jamieson (1no) for company at the close.