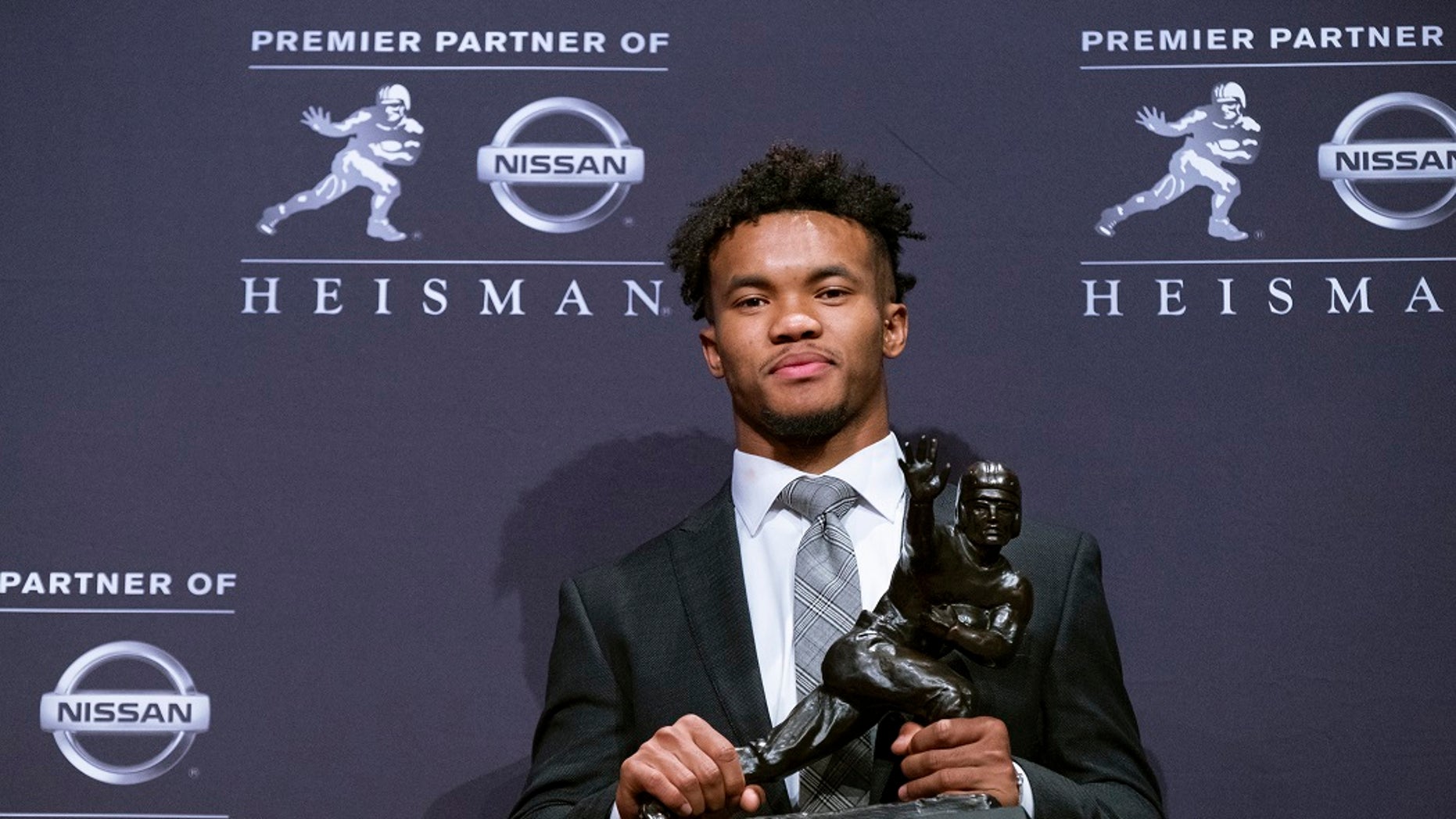 As a teenager, Murray used an anti-gay slur in a tweet to friends, USA Today reported. Oklahoma University did not respond to the newspaper’s request for comment.

The tweets were deleted from Murray’s account early Sunday.

The re-discovered tweets put Murray, 21, in the company of other athletes finding themselves in a negative light just as they achieve success.

After helping the Villanova Wildcats win the 2018 national men's basketball championship, a tweet by Donte DiVincenzo that contained racist rap lyrics was also brought to light.

Tweets by Josh Hader of the Milwaukee Brewers featured racist, homophobic and misogynistic words. The tweets — which Hader posted as a teen — drew attention earlier this year as he became one of the top relievers in the majors.

While he is known for football, Oklahoma's Murray was selected by baseball's Oakland A’s with the ninth overall pick in the 2018 MLB draft. He plans to report to spring training next year after his college football career ends. He led the Sooners to a Big 12 championship the season.

Oklahoma faces No. 1 Alabama in the College Football Playoff on Dec. 29.