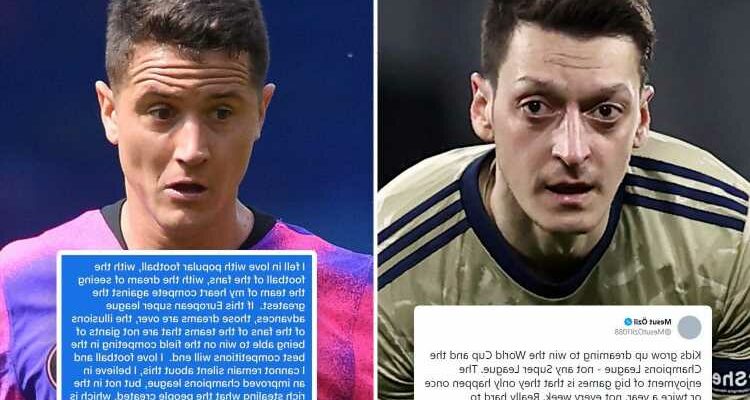 MESUT OZIL and Ander Herrera are among the first active footballers to lead a revolt over plans for a European Super League.

It was revealed on Sunday that the Premier League’s so-called ‘Big Six’ would join six other teams across the continent in forming a new midweek competition. 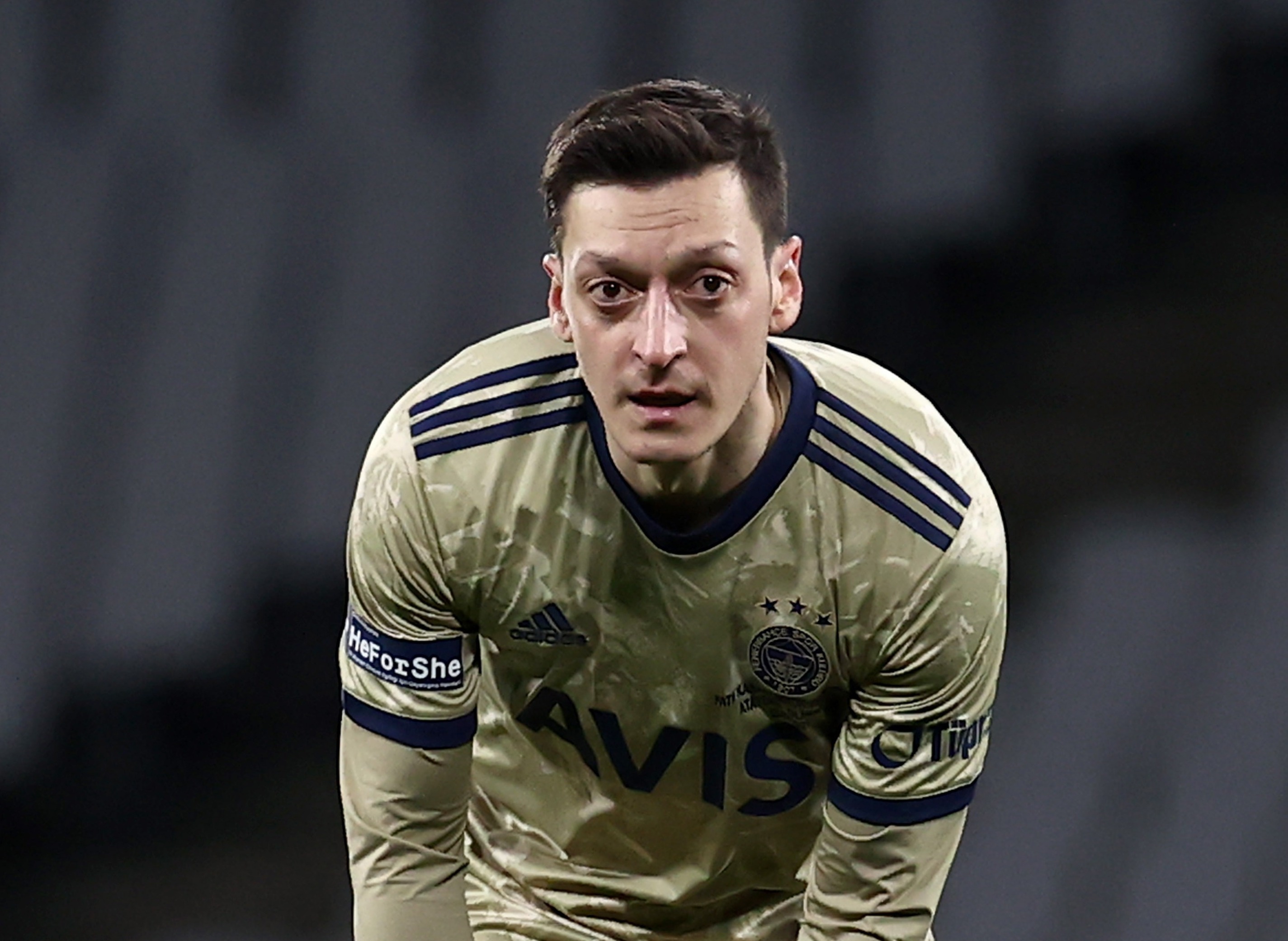 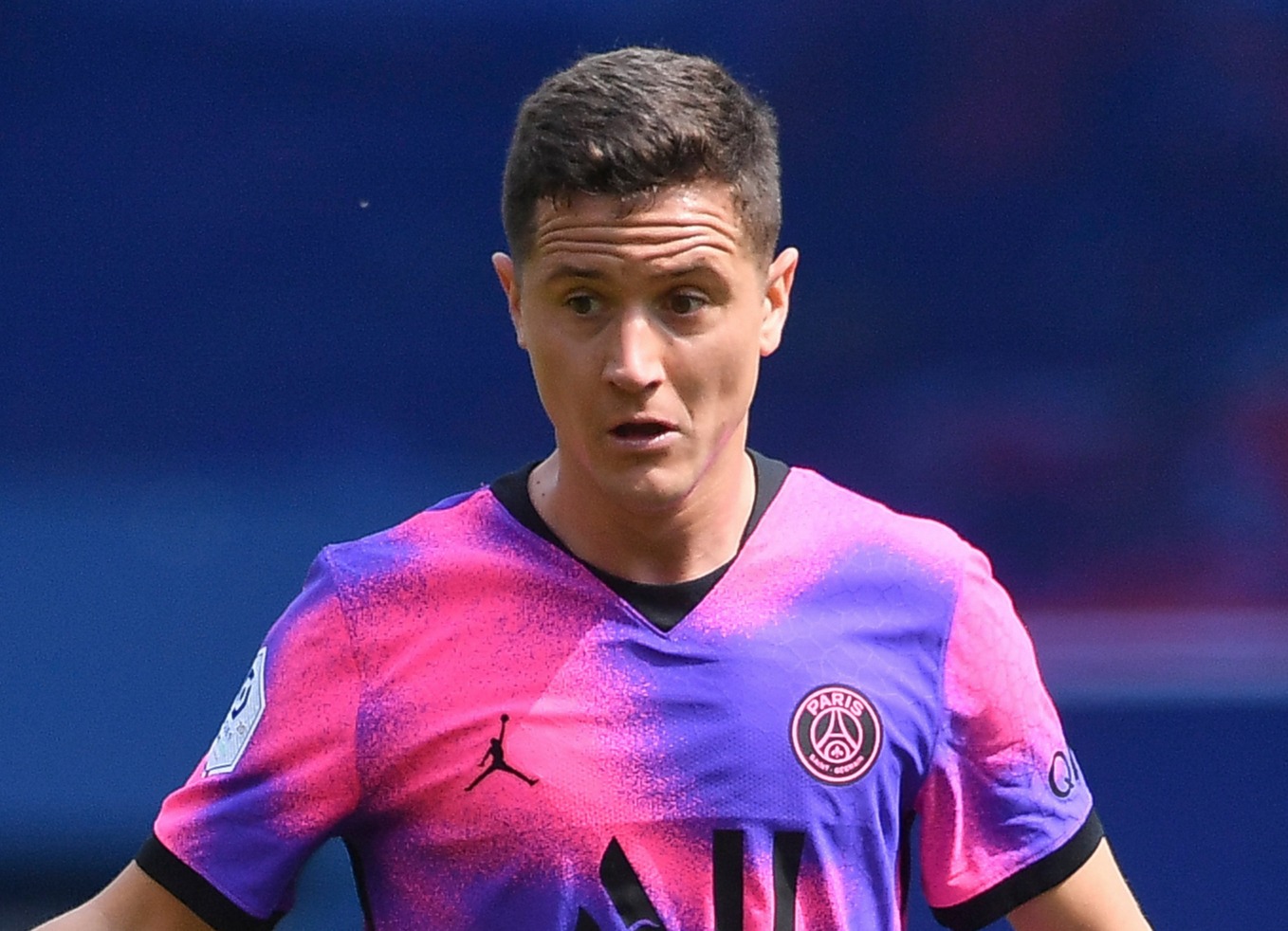 The revolutionary format could be in place as soon as NEXT SEASON with the 12 founding clubs – which is expected to increase to 15 – signing up for 23 YEARS.

Money-grabbing plans for the new league have been widely slammed by fans across Europe.

And Fenerbahce star Ozil has also voiced his concern with two of his former clubs, Real Madrid and Arsenal, both involved in the proposals.

He tweeted: “Kids grow up dreaming to win the World Cup and the Champions League – not any Super League.

“The enjoyment of big games is that they only happen once or twice a year, not every week.

“Really hard to understand for all football fans out there.”

Paris Saint-Germain rejected invitations to join the Super League and midfielder Herrera – who swapped Manchester United for France in 2019 – also spoke out against the plans.

He wrote: “I fell in love with popular football, with the football of the fans, with the dream of seeing the team of my heart compete against the greatest.

“If this European super league advances, those dreams are over, the illusions of the fans of the teams that are not giants of being able to win on the field competing in the best competitions will end.

“I love football and I cannot remain silent about this, I believe in an improved Champions League but not in the rich stealing what the people created, which is nothing other than the most beautiful sport on the planet.”

Leeds United star Mateusz Klich was asked his opinion and shared a banner reading 'created by the poor stolen by the rich' in response.

Yannick Bolasie said: "I was a fan before I played football, I’m a fan now and will be after I finish playing.

"It’s not about me or anyone else it’s about the millions of fans who follow their teams week in week out regardless of success/riches."

Southampton manager Ralph Hasenhuttl has described the ESL as 'a big threat' and is anticipating a fight from those left out in the cold.

He stressed: "There cannot be any other opinion about it. It's a big threat, what I see coming up, war, if you want, from the big clubs.

"We will see what the future brings but it's a big threat and we have to fight against it.

"I hope we have the fans with us and without the fans football won't work. They have a lot of power, these big clubs."