RONNIE O’SULLIVAN has been inspired by Tiger Woods’s miraculous sporting comeback as he aims to end his Crucible jinx.

The Rocket, a five-time world snooker champion, has not lifted the biggest prize in the sport since 2013. 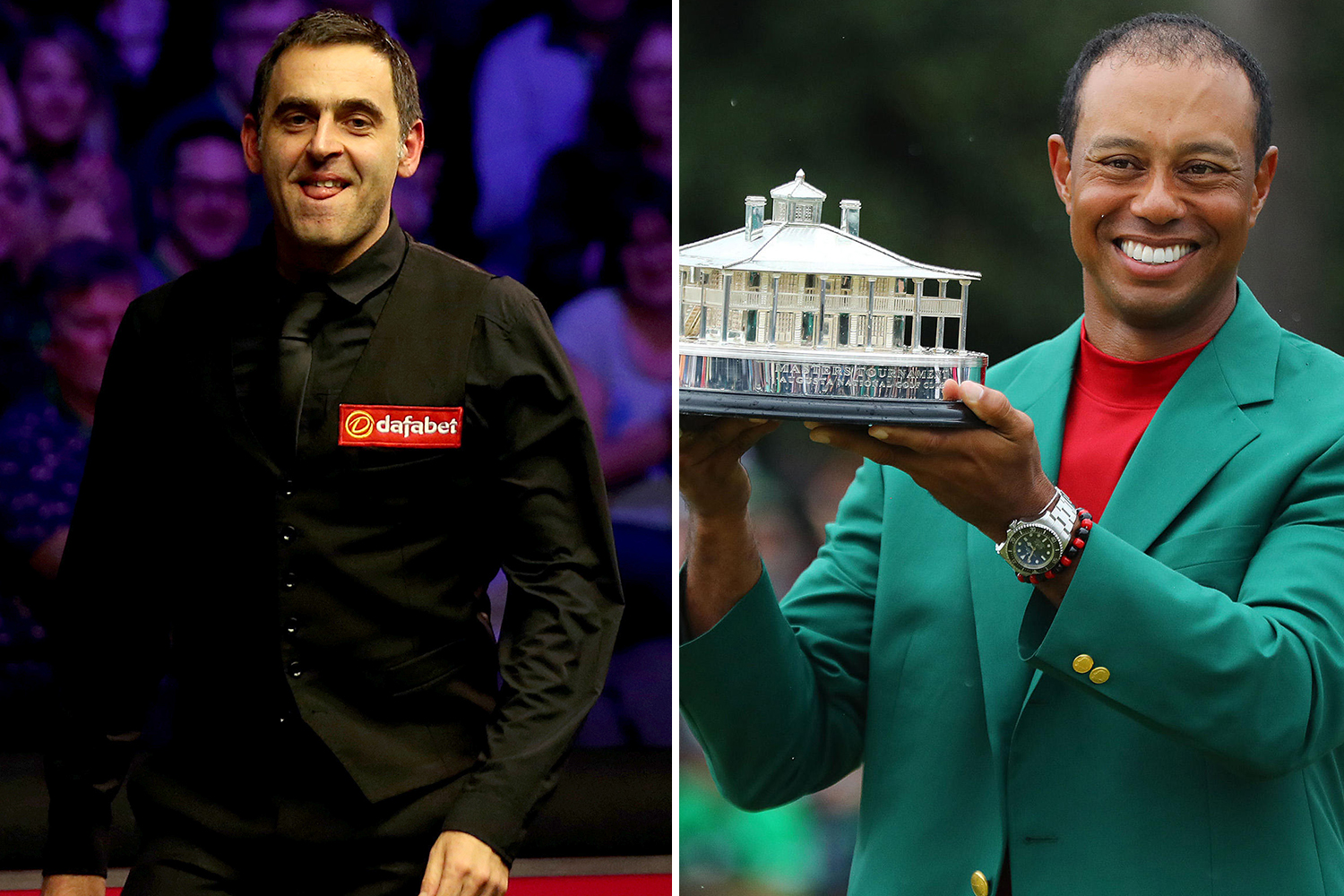 The 43-year-old has reached only one final and two other quarter-finals during that period.

Last weekend, golfer Woods, also 43, ended his 11-year Major drought by winning the Masters, an incredible feat given all the injury setbacks, heartaches, and various problems he has suffered in his personal life.

Unsurprisingly O’Sullivan, a keen golf fan, will look towards the American for motivation.

He said: “I wasn’t surprised by Woods. It was great to watch it and to watch true greatness in action.

“There are a lot of people in sport who get spoken about in great terms but they are not actually great.

“They are run-of-the-mill players. Very good. But not the greats.

“There are only a few sportsmen on the planet who would go into that bracket.

“Sport is not about ability to do it, it’s about courage, mentality and the confidence to stamp your authority on the game and not let someone play to their true potential.”

MARK WILLIAMS has promised to cartwheel NAKED if he defends his World Snooker title.

When the Welshman, 44, won a third title last year, he did his post-match press conference in the nude to honour a bet he jokingly made during the event.

He takes on world No 29 Martin Gould today on the opening day of Crucible action, having prepared last night with a trip to a Sheffield casino.

In the aftermath of his 2018 triumph, Williams said he would do acrobatics in his birthday suit if he ever triumphed again.

And yesterday he said: “Someone just reminded me of that, I hadn’t remembered. My little pecker will be floating around in the wind. For £500,000, who cares?

“I don’t back out. If you open your mouth you have to go through with it.

“I don’t think I will win it again, but if I do, I will just take the season off!”

Williams has had “the best time of his life” since winning the world crown. 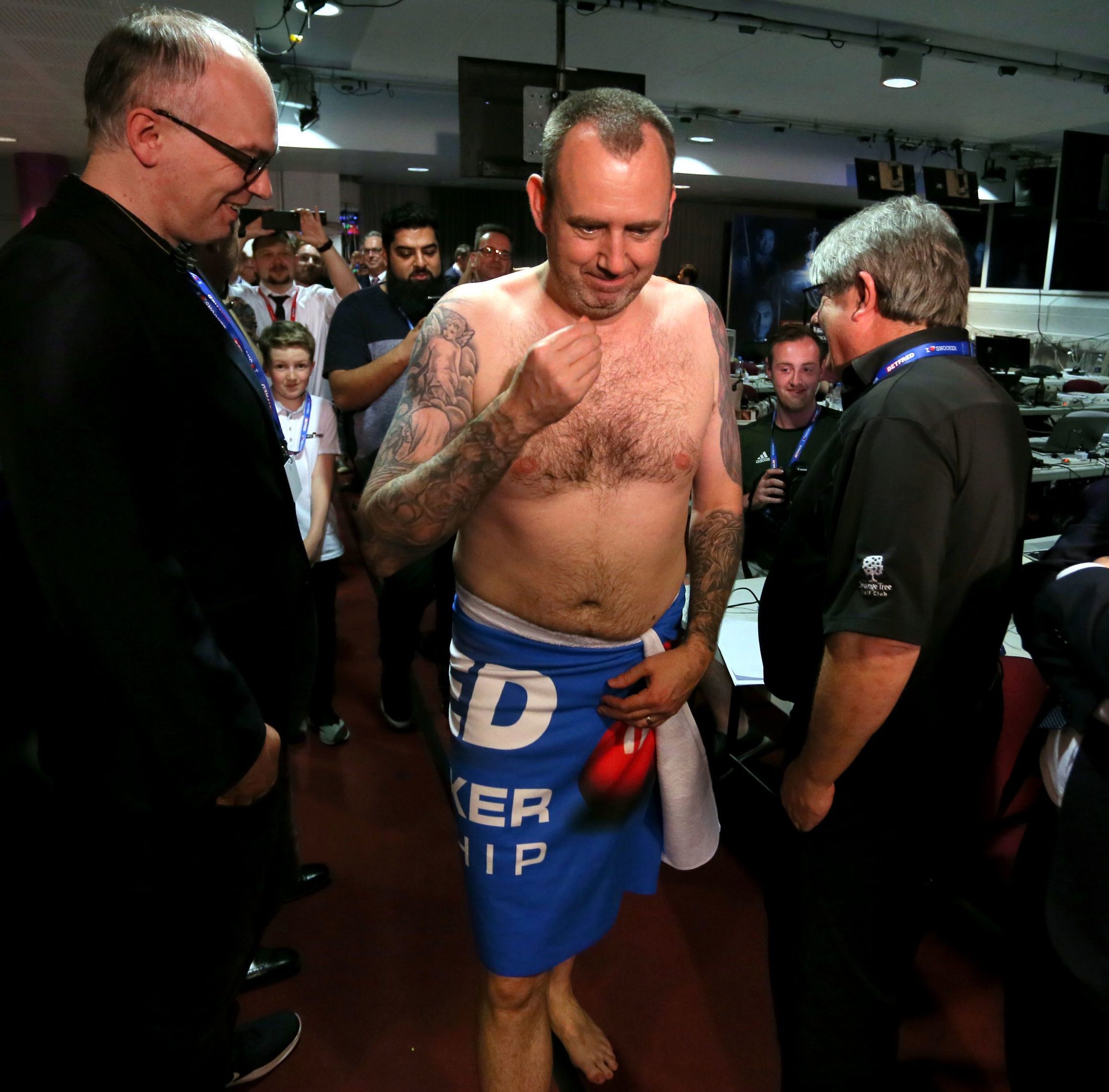 His golf has improved, he has enjoyed family holidays, drunk loads, ate kebabs and enjoyed lads’ nights out playing cards.

The problem is the snooker has got in the way. Williams said: “I’ve done everything these past 12 months bar snooker!

“I said I would enjoy becoming world champion again and I did.

“My form has suffered, I know that. I’m not stupid. But I don’t mind. I would do it all again.

“There is no pressure on me any more. I did something no one thought I could.”

Williams has been unhappy with World Snooker during his time as its flag-bearer.

He tweeted a picture of promotional material without him under the heading “Spot the current world champion”.

He said: “I’ll get myself into trouble but I don’t think I have had enough respect.

“They must have some grief with me. Some of the players have said the same kind of thing.”

“We are aware of the issues he has raised and are talking to him. But there is no bias.”