The Sydney Kings played giant slayers against the Wildcats on Thursday night, downing the visitors 77-72 despite Perth entering the game with an intimidating 10-1 record this season.

The result takes the Kings out to a 6-4 win-loss record for the season, but their feat was particularly impressive given that Perth had defeated every other team in the league this season. 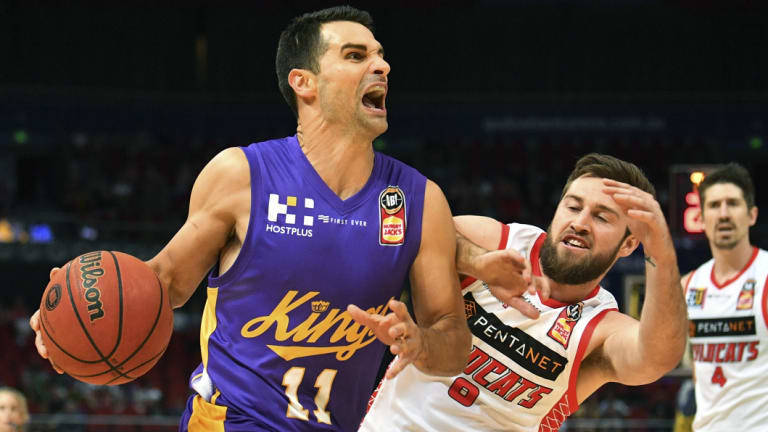 Downtown: Kevin Lisch of the kings competes for possession against Mitchell Norton.Credit:AAP

The win could not have come at a better time for the Kings, who had played a league-low of nine matches before Thursday's clash. Andrew Bogut's men are entering a jam-packed December which will likely decide their finals fate across the next six games.

The two sides remained tight throughout the first quarter, which ended 20-20, but the Kings turned the corner when Brad Newley followed up a free throw with a three-pointer and a lay-up in the second quarter, lifting his side from 24-25 down to lead 30-25. 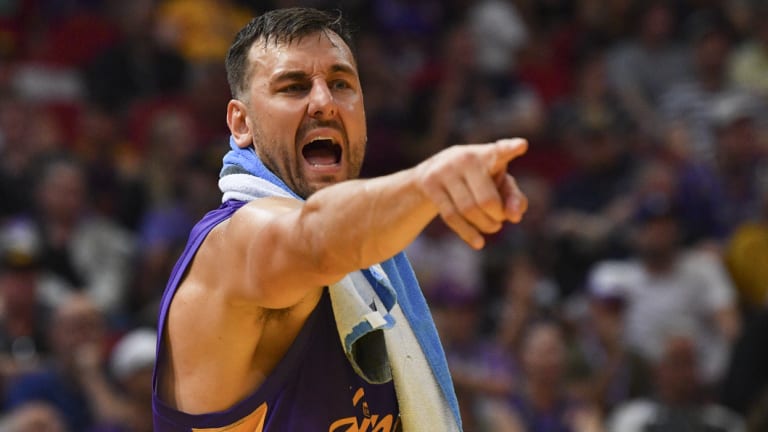 Impassioned: Andrew Bogut gets vocal on the sidelines at Qudos Bank Arena in Sydney.Credit:AAP

It was part of an unanswered 10-point run by the Kings that had the hometown crowd at Qudos Bank Arena roaring.

The Wildcats, who were missing league MVP Bryce Cotton with a thumb injury suffered against New Zealand in November, never recovered the lead but threatened throughout the third quarter. Late in the term, the visitors came within one point of the Kings and stayed within a handful until full-time.

It was the first time Sydney, featuring former NBA superstar Andrew Bogut, had clashed with Perth this season. Despite Cotton's absence, the Wildcats fielded a largely healthy squad with captain Damian Martin and Angus Brandt playing despite recent injuries. 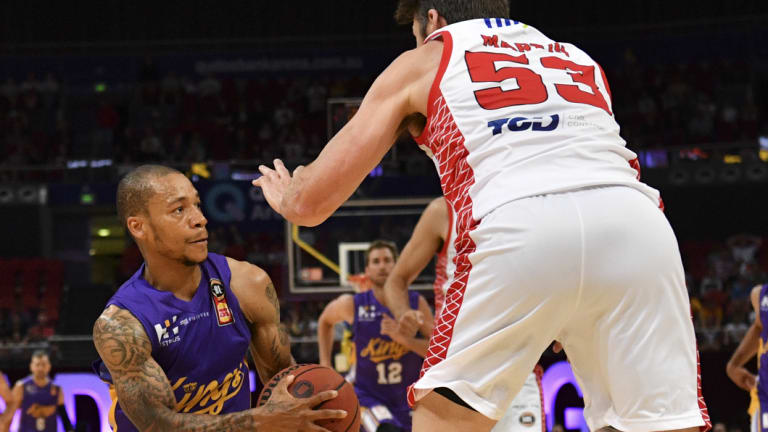 Obstacle: Jerome Randle meets a roadblock in the form of Damian Martin.Credit:AAP

“It’s been extraordinary, the injuries they’ve had to face,” Kings coach Andrew Gaze said in the lead-up to the game.

It was not all Newley for the Kings – captain Kevin Lisch equalled the small forward's tally of 16 points to share top-scoring honours for the home side.

Nick Kay and Terrico White led the visitors' scoring with 17 points apiece, but it was not enough.

The Kings' ability to break away saw them take 16 fast-break points, while the Wildcats managed just three.

The Kings head to Auckland to play the New Zealand Breakers on Sunday, and will face the Wildcats again on December 14 in round nine in Perth.