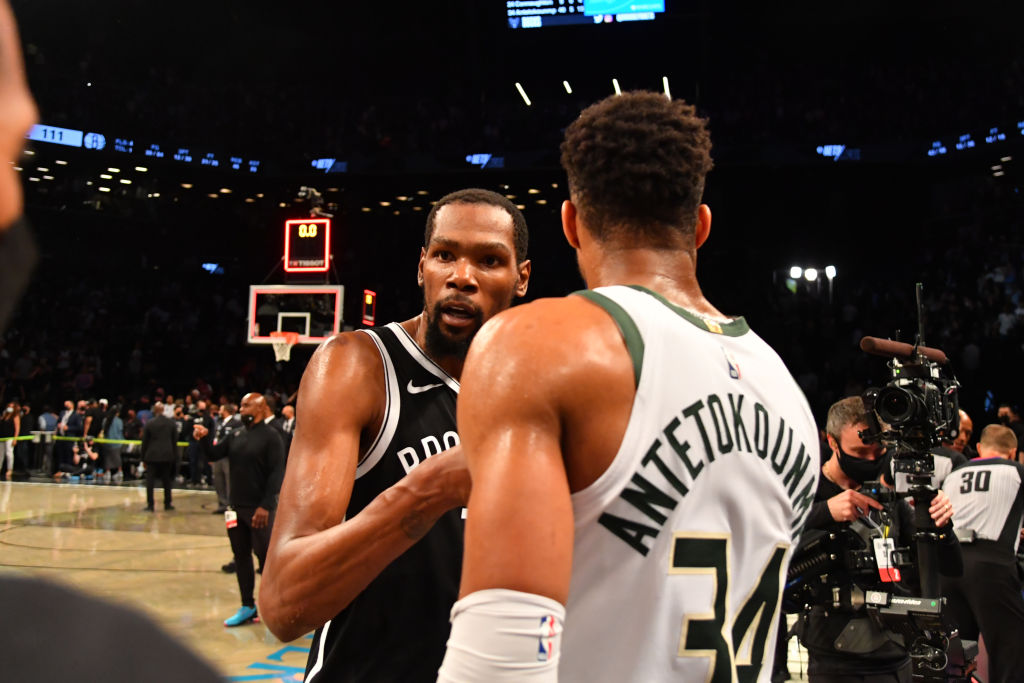 Giannis Antetokounmpo has hailed Kevin Durant as ‘the best player in the world’ despite the Brooklyn Nets losing to Milwaukee Bucks in Game 7, while KD lamented his ‘big-ass foot’ for denying him a series-winning three-pointer.

The Bucks advanced to the Eastern Conference finals on Saturday night after a dramatic 115-111 victory at the Barclays Center, prevailing in overtime despite some heroics from Durant who put up 48 points.

With 1.6 seconds left on the clock, KD produced a spectacular turnaround shot that initially appeared to be a three, but his foot was on the line by mere millimetres and the game instead went to overtime.

A shattered and depleted Nets side were unable to hold off the Bucks, who progressed on the road, but Giannis – who top scored for Milwaukee with 40 points – was full of praise for Durant after the match.

‘We knew coming into this series we had to do it as a team, we had to guard him as a team, defend as a team, play offensively as a team and that’s what we did. We kept our composure throughout the whole series.’

On Durant’s shot to tie the game, he added: ‘Big, big shot. That’s KD, he makes shots like that.

‘I could go for 40 minutes on both of those two on how much they care about us and how much they put their bodies on the line to help us a team. There’s nothing but respect and love for those two guys and we missed them out there but we still had a chance to win.’