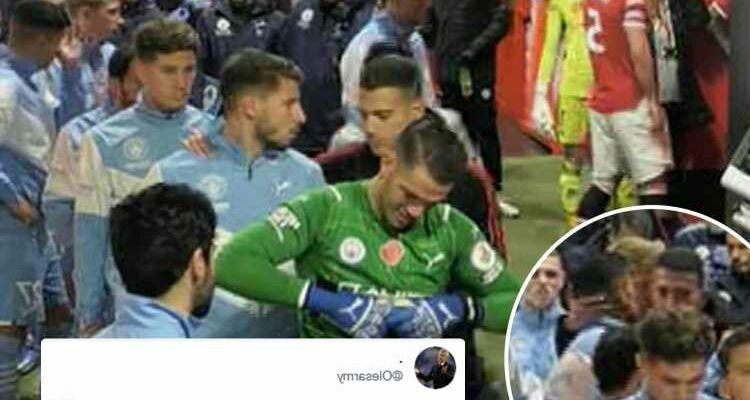 MANCHESTER UNITED fans told Diogo Dalot 'get out of our club' after he was spotted hugging City rivals in the Old Trafford tunnel.

The Red Devils defender, 22, started the Manchester derby on the bench. 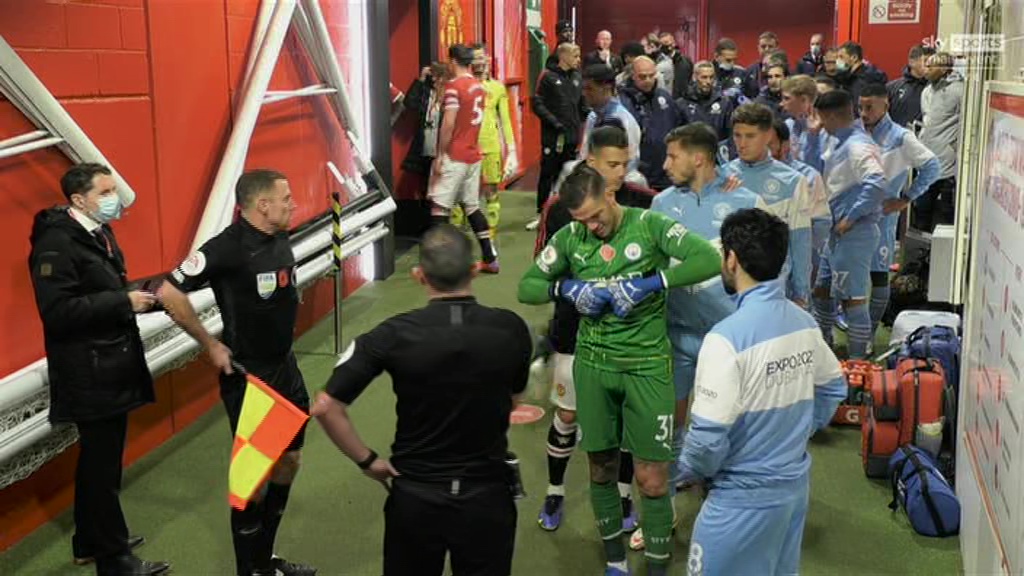 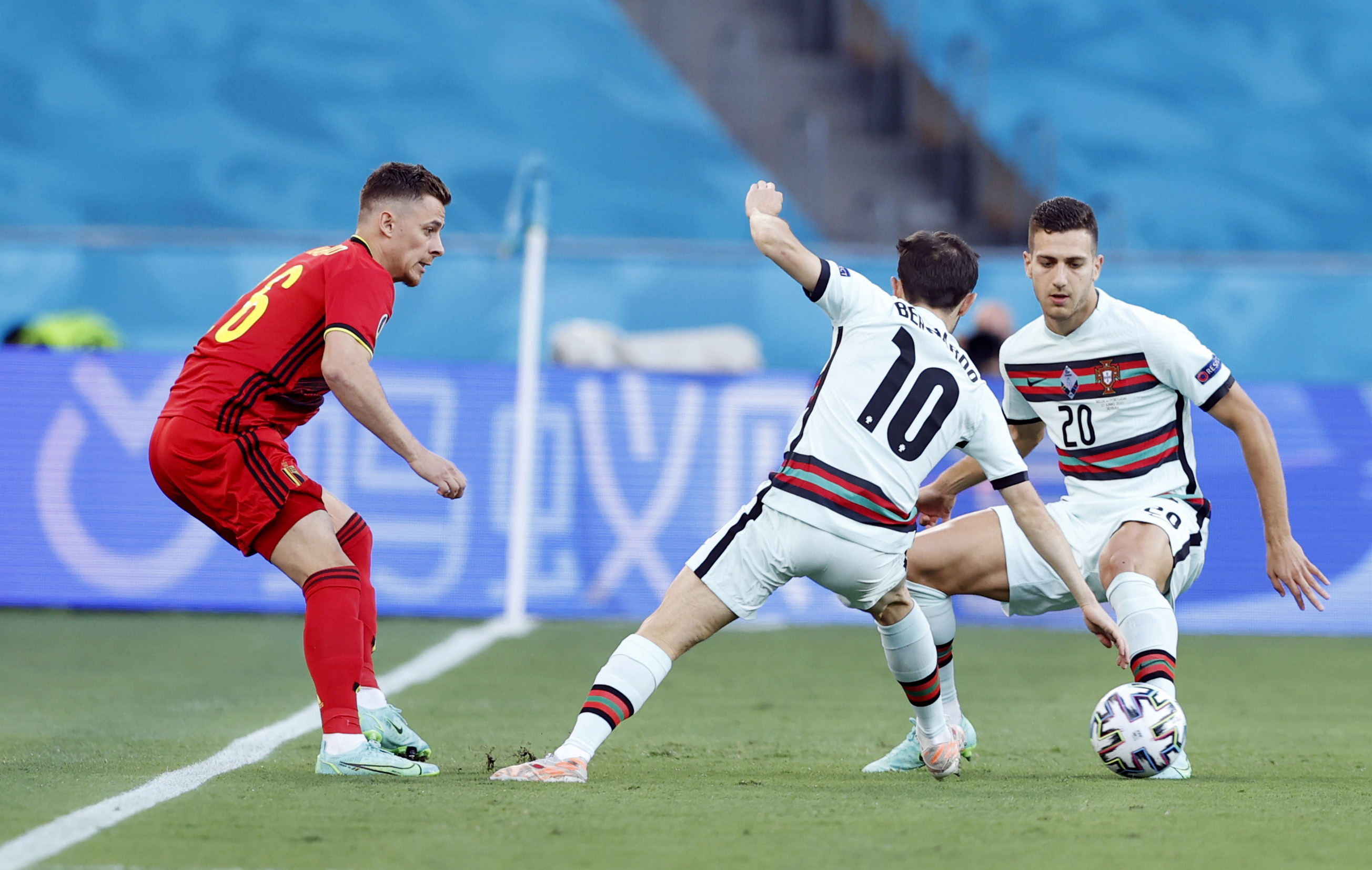 But ahead of kick-off, the Portuguese took the chance to say hello to some international team-mates.

But the pleasantries between the arch-rivals did not go down well with some United fans on social media.

One wrote: "Dalot hugging City players – get this man out of my club."

Another raged: "You don't go round hugging City players on derby day, or any other day for that matter."

A third added: "Why is Diago Dalot hugging City players in the tunnel?"

One quipped: "Dalot feel free to put a blue shirt on mate."

Another said: "Seeing Dalot cuddle his Portuguese mates playing for City before KO just annoys me."

And a final user commented: "Dalot walking down the tunnel shaking City players hands, rubbing their shoulders… no mate."

Before the Manchester derby, Dalot had lost four of his six club appearances this season.

He earned the first two of his three senior caps for Portugal at Euro 2020, the draw with France and the defeat to Belgium before a friendly with Qatar in October.