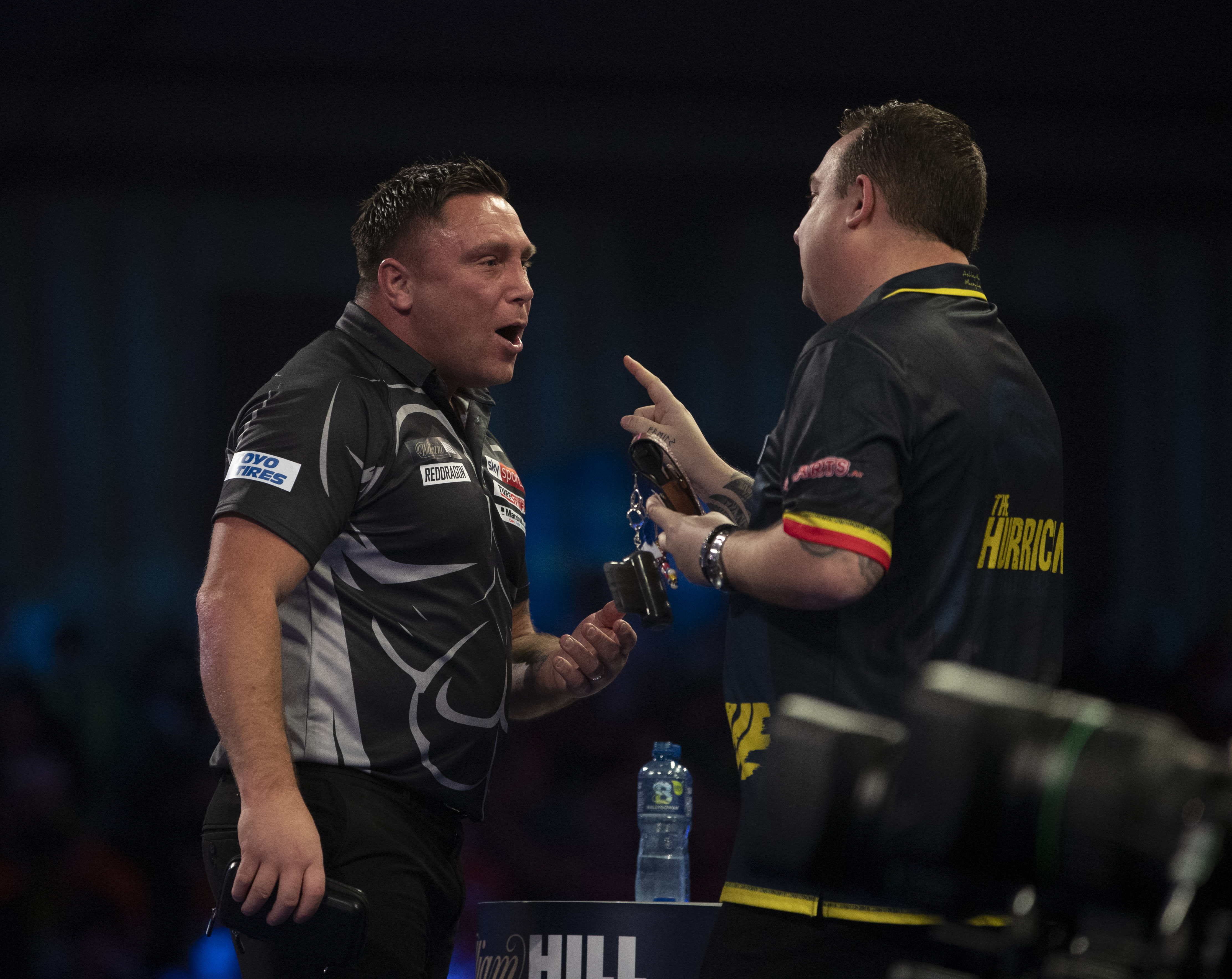 Gerwyn Price brushed off his angry-looking clash with Kim Huybrechts at the World Darts Championship, although advised the Belgian not to be so ‘boisterous’ in the future.

The pair played out a classic contest at Alexandra Palace with the Welshman booking a place in the last 16 with a 4-3 win in a deciding leg.

Both men were bullish as ever on the big stage and tempers seemed to flare in the deciding set, with the pair exchanging heated words, but Price dismissed the clash as simply giving as good as he was getting from Huybrechts.

However, the defending champion did remind the Hurricane that he tends to get the better of their games when things are a bit spicy, so maybe he should try a different tactic in future.

‘That was tough, the crowd was tough, Kim was tough,’ Price told Sky Sports after the win. ‘It was tough at the end when we had a little bit of a niggle but that’s what this game’s all about.

On the clash which saw the match referee step in to separate the players, Price said: ‘Ah nothing, a couple of times he walked back and gave it large as I’m going to throw and I gave it back to him.

‘It was one of those games that was nip and tuck and thankfully that double top went in because I couldn’t hit a barn door.’

In the post-match press conference, Price added: ‘Kim knows from the past, we’ve played loads and loads of times and every time we bring this energy I seem to come through on top so maybe next time when he plays me he won’t be so boisterous.’

It is likely to be another high energy affair for Price in the fourth round when he takes on Dirk van Duijvenbode.

The Dutchman came from 0-3 down to beat Ross Smith 4-3 in the last 32 and will be even more pumped than usual to take on the world champ.