Lewis Hamilton could only take third as the Williams star slotted himself between the championship rivals with just his latest mega performance on the toughest Saturday of the season. 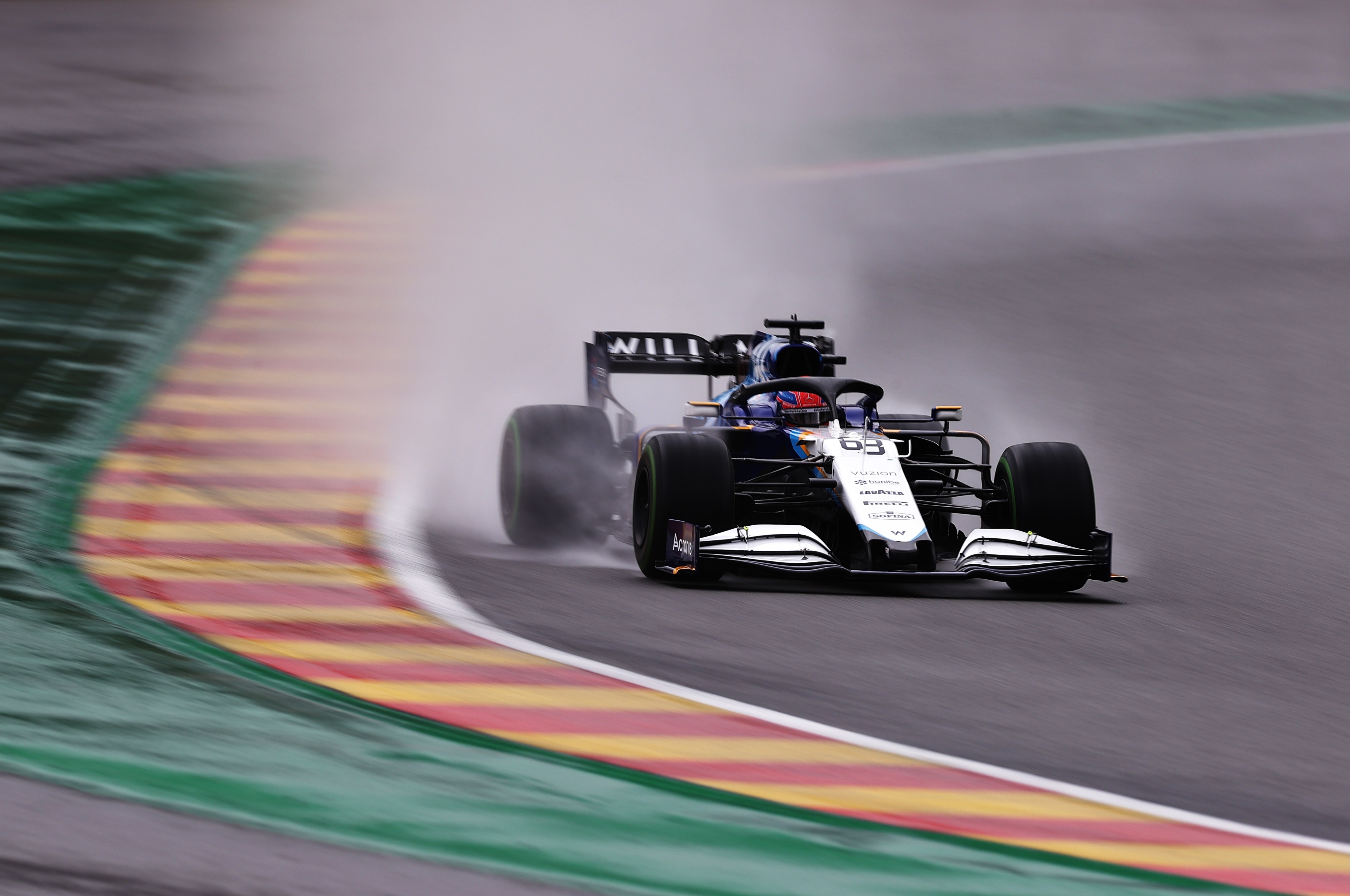 Mercedes have delayed their decision over who will partner Hamilton next season but Valtteri Bottas will start only 13th in Sunday's race, with a five-place penalty for crashing in Hungary added to his eighth in qualifying.

The wet conditions at Spa promised a thrilling jostle for the grid but the Belgian circuit's reputation for danger continued to grow after Lando Norris crashed heavily.

The heavens opened moments before Q3 and the McLaren racer, 21, lost control at the high-speed Eau Rouge before slamming into the barriers.

It was the same location as Friday's horror W-Series crash and Sebastian Vettel, who had already called for a red flag to allow the weather to pass, quickly shot over his team radio: "What did I say!?"

Vettel slowed next to Norris' wreckage to check the Brit was okay and he was able to gingerly climb out before heading for an X-ray on his elbow.

Safety renovations are already planned for later this year, at a cost of £68m, but Sunday's race is also set to take place in the wet.

Mercifully, a long red-flag period allowed the downpour to pass and the nine drivers left standing battled huge spray trailing behind each car.

Hamilton's best time was pushed aside by Russell, who at one point looked like bagging his first-ever Formula One pole. 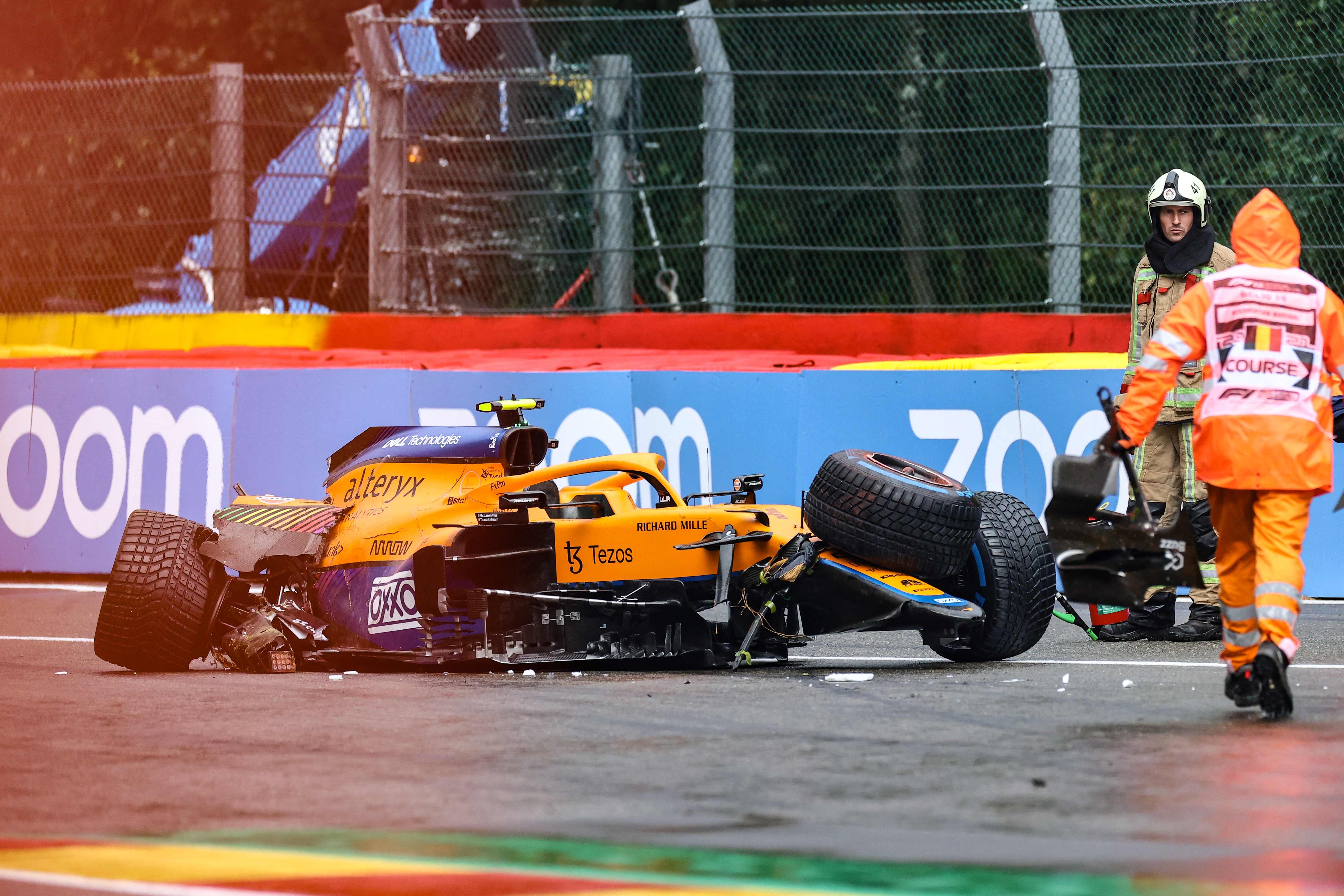 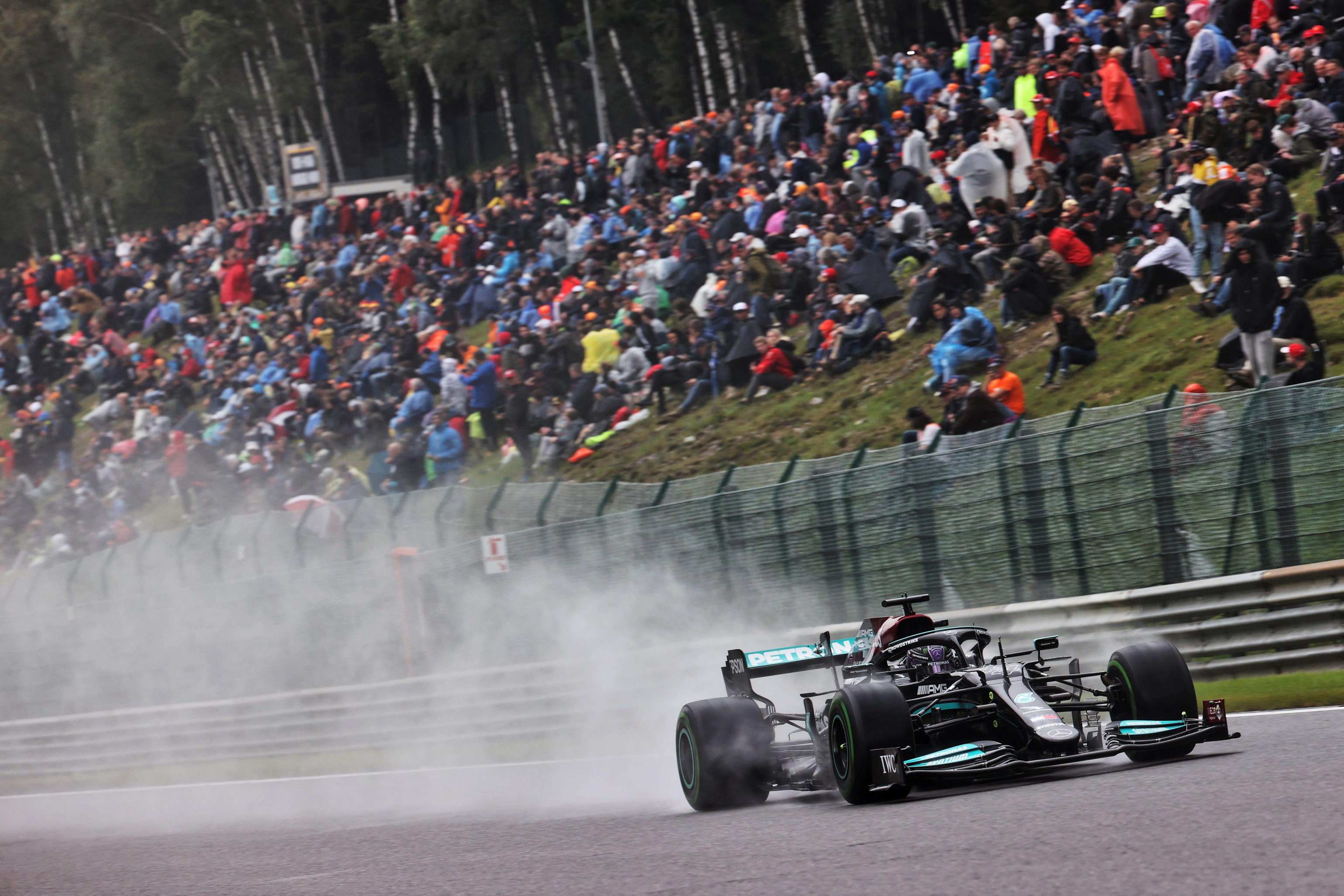 Verstappen struggled on his first Q3 hot lap yet soared to pole as he looks to fight back in the championship duel with Hamilton.

Following the madness of the Hungarian Grand Prix that left the season on a huge summer-break cliffhanger, race winner Esteban Ocon took ninth on the grid after Fernando Alonso put his Alpine 14th.

Williams duo Nicholas Latifi and Russell snapped up a valuable haul of points in Budapest and could do so again this weekend, the Canadian spinning before securing 12th with Russell chasing a podium in second.