GREAT BRITAIN will bag their first medal at the Tokyo 2020 Olympics today. 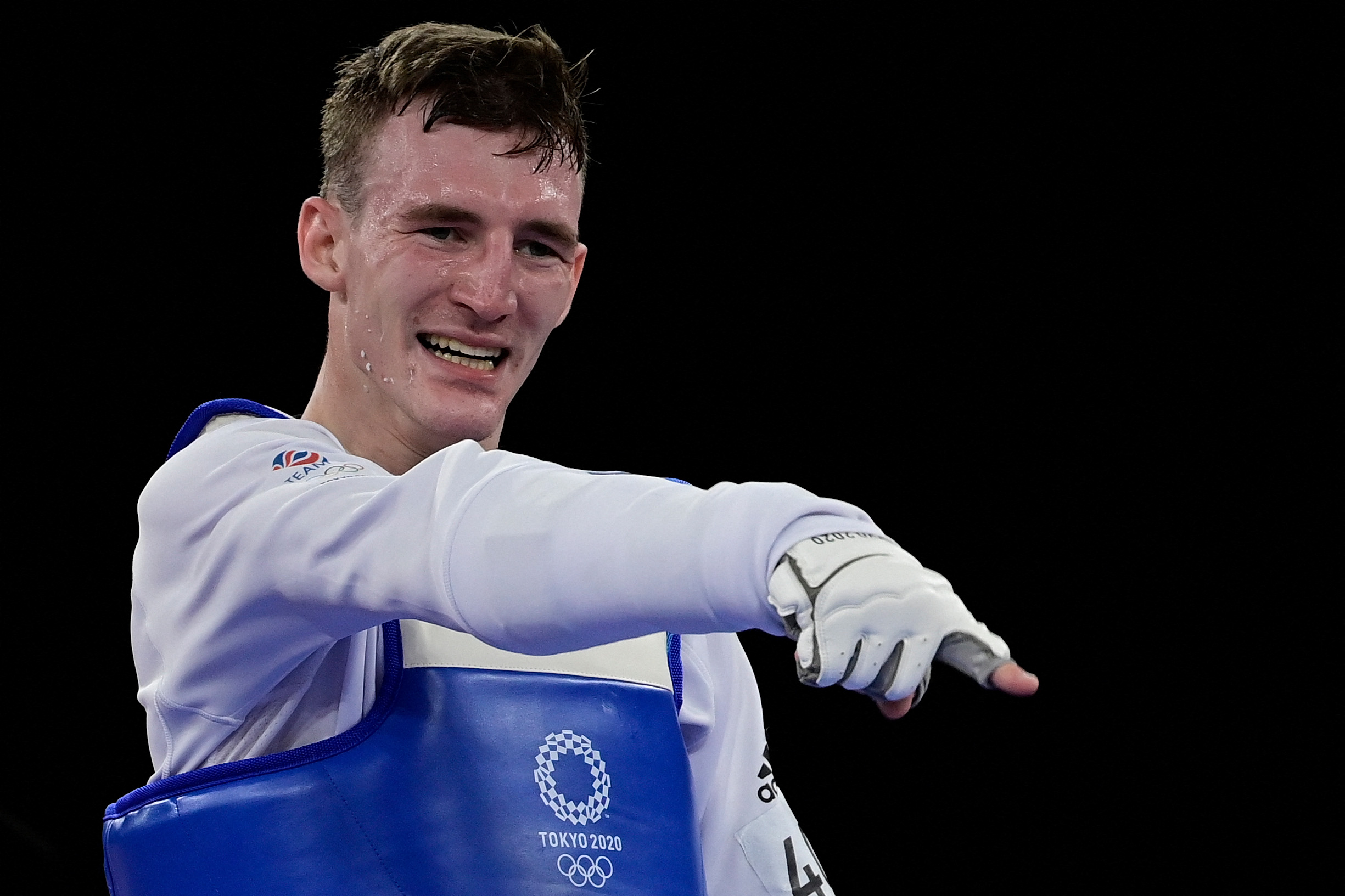 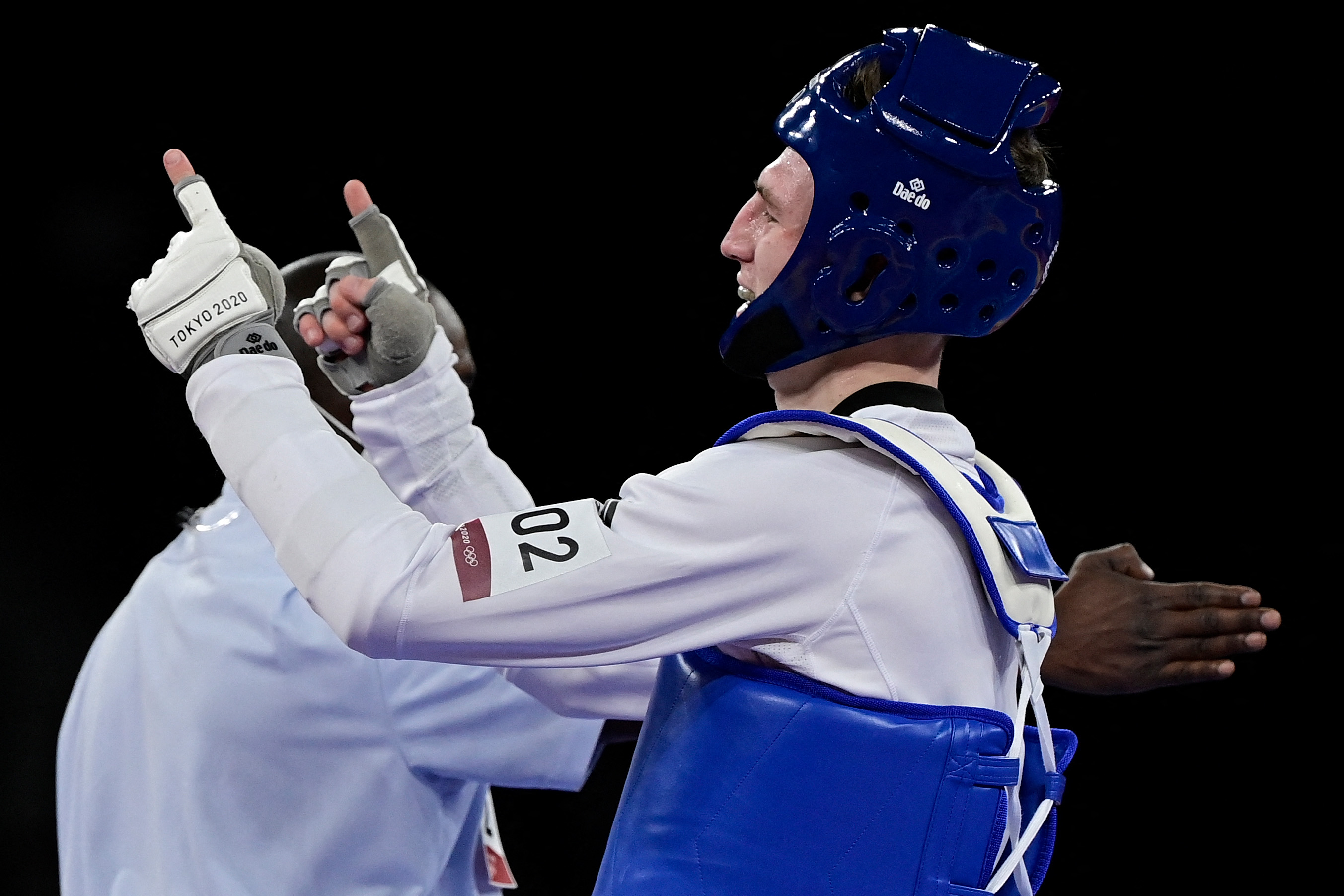 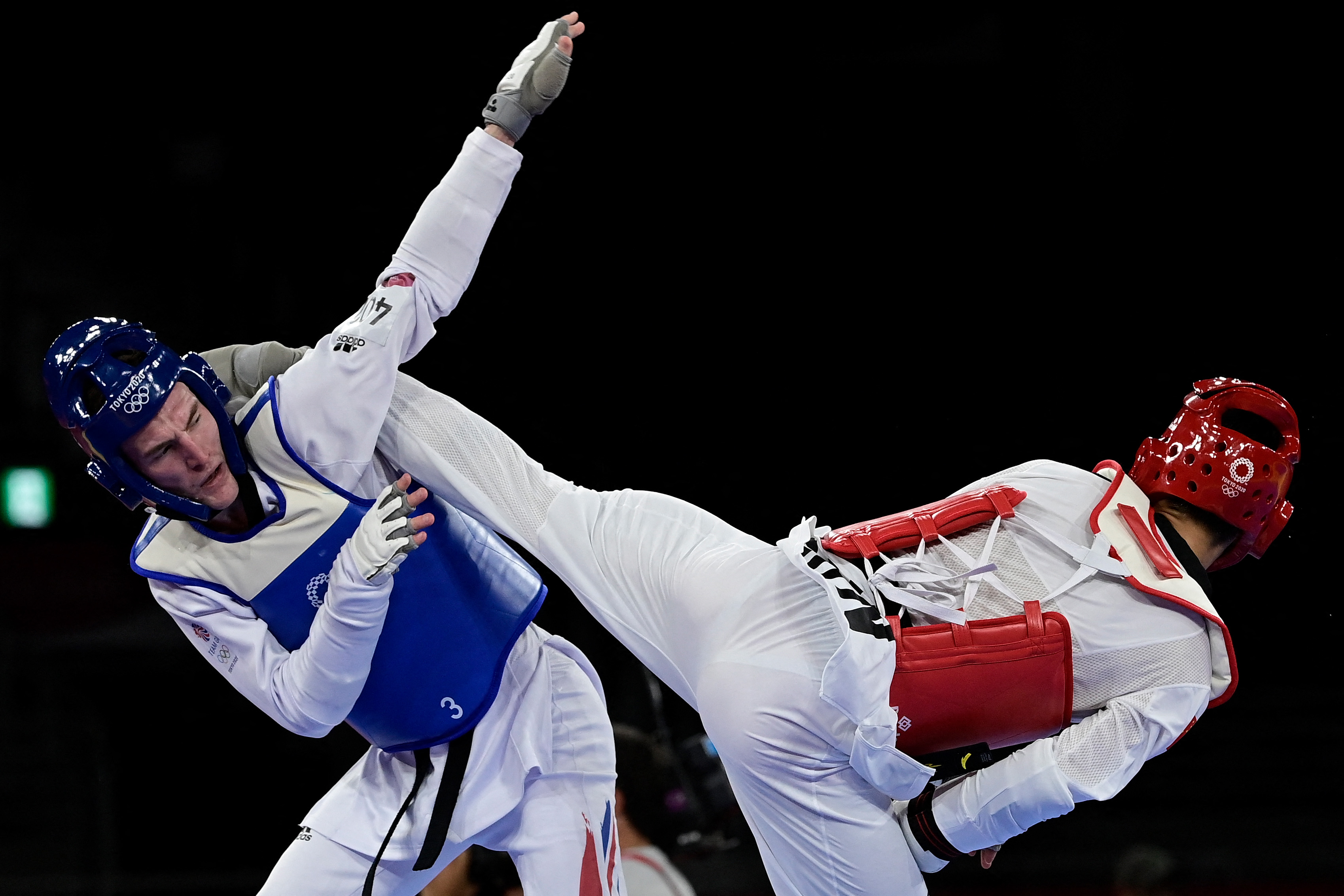 Sinden, 22, is guaranteed at least a silver medal and will fight for gold at 1.45pm this afternoon against Uzbekistan's Ulugbek Rashitov.

He beat Chinese athlete Zhao Shuai 33-25 in their semi-final showdown on Sunday in Japan.

Sinden started the day by crushing New Zealand's Tom Burns in the 68kg event, with the contest stopped after two rounds with the Brit leading 53-8.

Next to feel the power of Brad was Turkey's Kakan Recber, blown away by a stunning third round as the contest was again stopped with Sinden leading 39-19.

And then in his semi-final against China's Zhao, Sinden did it the hard way again.

Ahead early on, he was suckered into the fight by the wily Zhao, winner of the lighter 58kg class in Rio.

Zhao was seven points ahead entering the final two-minute round but simply had no answer to the fusillade of punches and head shots unleashed by Sinden.

The Brit scored 24 points including three clean head shots to come through 33-25 and earn a final clash.

It will hopefully kickstart a medal rush for Team GB with swim star Adam Peaty in the 100m breaststroke final in the early hours of Monday morning.

Sinden's run to the final will be a relief for Team GB bosses after a horror day and a dissappointing start to the Games.

On a morning that struck a devastating blow to the heart of Team GB:

With all three GB medal hopes in the pool evaporating, only another impressive display by Peaty, and a scintillating run by taekwondo world champion Sinden prevented day two from being a wash-out to match tomorrow’s promised typhoon.

A day that had begun with bright expectations in the Japanese capital swiftly came face to face with blunt reality.

And Jones’ shock first round defeat to Kimia Alizadeh Zenoorin, an Iranian now representing the Refugee Team, was a kick in the head for the entire team.

OLYMPICS BETTING SPECIAL: GET ADAM PEATY TO WIN ANY MEDAL IN THE BREASTROKE AT 20/1

The Iranian was the bronze medal-winner in Rio but Jones, 28, should have been able to control the fight.

Instead, after taking an early lead, she let the advantage slip, with the crucial moment a penalty call against the Welsh girl with just seconds left.

She appealed, the tension intensified by the dramatic music blasted out as the judges conferred but the decision was upheld as the champion lost 16-11.

Jones was mortified, her house-mate a close pal Bianca Walden escorted away from the side of the mat in floods of tears.

But it summed up a woeful GB morning.

While the hockey team, with seven survivors from Rio, were quick out of the blocks and took an early lead through Sarah Jones’ penalty corner strike against Germany, they failed to build on it and slipped to a 2-1 defeat.

It is not yet fatal, with four more group matches to go but means they simply must beat South Africa tomorrow.