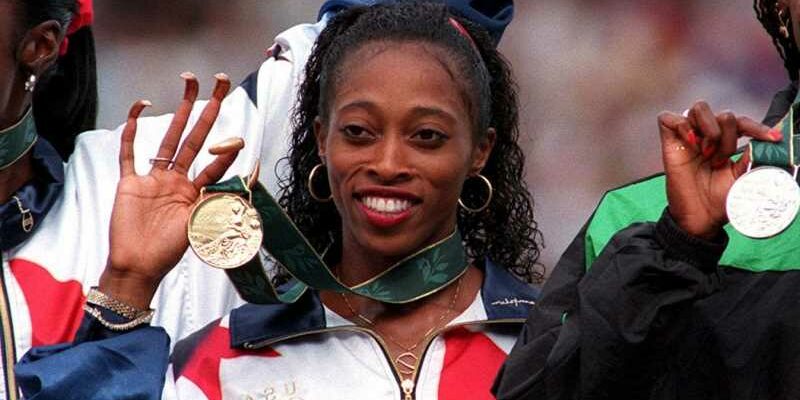 Ahead of this year’s games, Sky Sports told the story of Tyus, the world’s first back-to-back Olympic 100m champion.

American athlete Devers became the second woman to achieve that record when she won gold in Atlanta in 1996, and 25 years later, she spoke to Sky Sports about Tyus’s impact on her success.

She said: “[Tyus] is my unsung hero and her name is always in my mouth!

“I can’t talk about my accomplishments without talking about hers because she was the one who inspired me to go out and do it.”

‘Tyus is the reason I got that second medal’

Only one woman has added her name to that exclusive list since – Shelly-Ann Fraser-Pryce – while Carl Lewis (1988) and Usain Bolt (2012) are the only male athletes who can make that claim. Bolt became the only sprinter to finish top of the podium three times when he won in Rio in 2016.

Devers said Tyus’s influence at a meeting in 1993 spurred her on to reach that second medal in Atlanta.

She told Sky Sports: “I was aware [of the record] because I had gone to an event in 1993 sitting there talking to Wyomia just teasing saying: ‘I’ll have my name in the record books next to yours’.

“She said: ‘you should, that is a great accomplishment’.

“And I went home put on my sticky note that this is is a goal of mine and I worked to achieve that goal.

“I always tell the story that she was the reason why – I was like okay, I’m going to do this.

“Not just her doing it and being as great as she was – she equalled or broke the world record four times in her career. People don’t know that.

“She wasn’t considered [a contender] for the 1964 Olympic games, they just said ‘go out, you’re running well, maybe you’ll win a medal.’

“I think just understanding the type of person she was, the energy she had, she didn’t care what other people thought, what you believe.

“It was what she believed in herself and what she was willing to work for – that’s what makes the difference. And I tried to be the same way.”

‘You have to know your history’

In Tyus’s interview, she said: “They can’t talk about history unless they speak my name.”

Tyus revealed that when Lewis won his second men’s gold in 1988, the commentator claimed it was the first time an athlete had won the 100m at consecutive Olympics Games. 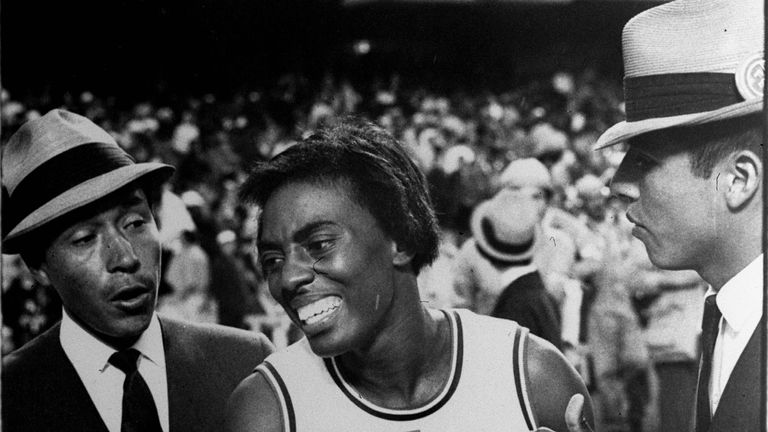 And just as Tyus stressed the importance of knowing the facts about female athletes and their success, Devers said more knowledge should be shared about the history of women – particularly Black women – in sport.

“Not knowing their history means they don’t know who Wyomia Tyus is. How can you speak about the sprints and the 100m?

“I go back to my history knowing that the first gold medal was by Betty Robinson in 1928 from the USA so you have to know your history.

“And I proudly stand on the shoulders of those who came before me knowing all they had to go through in the 60s dealing with the racial issues and all the things that they had to do to allow for me to become what I am and for people to even know who I am.

“But it is not. That’s what makes us what we are.”

You can watch Devers’ full interview on Sky Sports News by clicking the video at the top of the page.